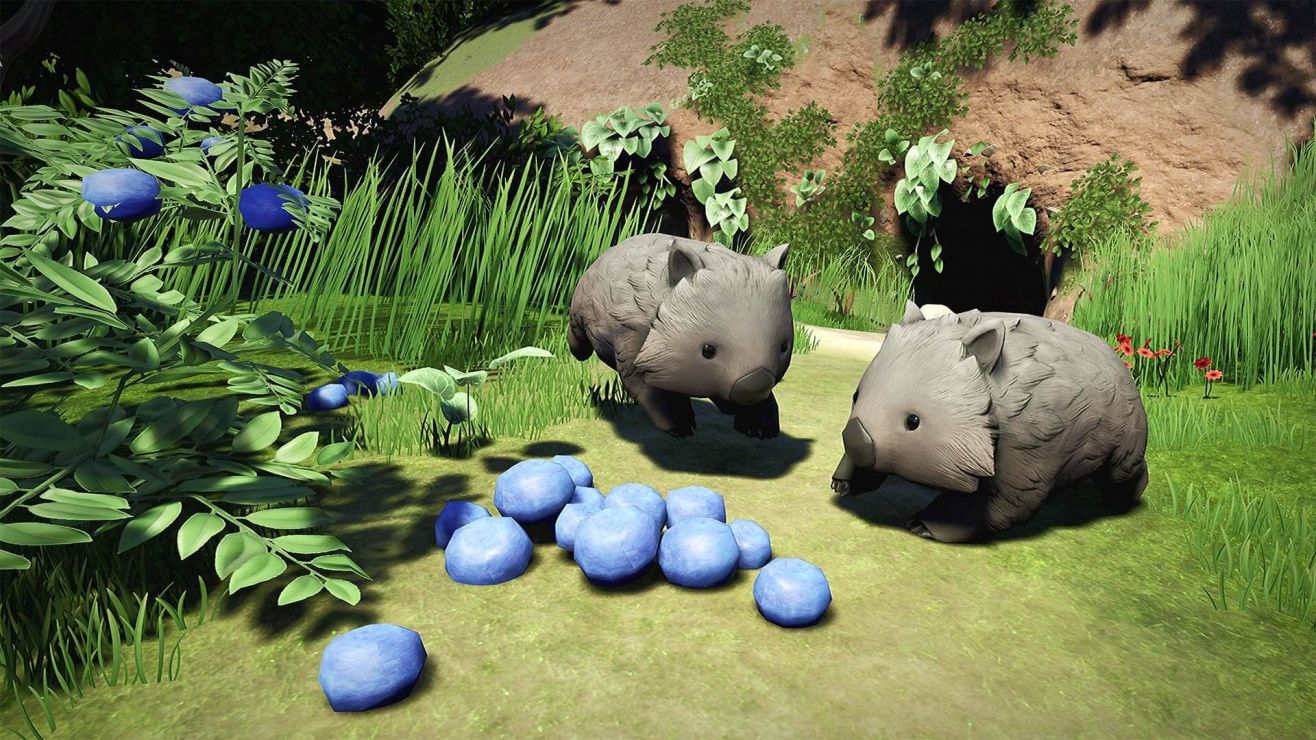 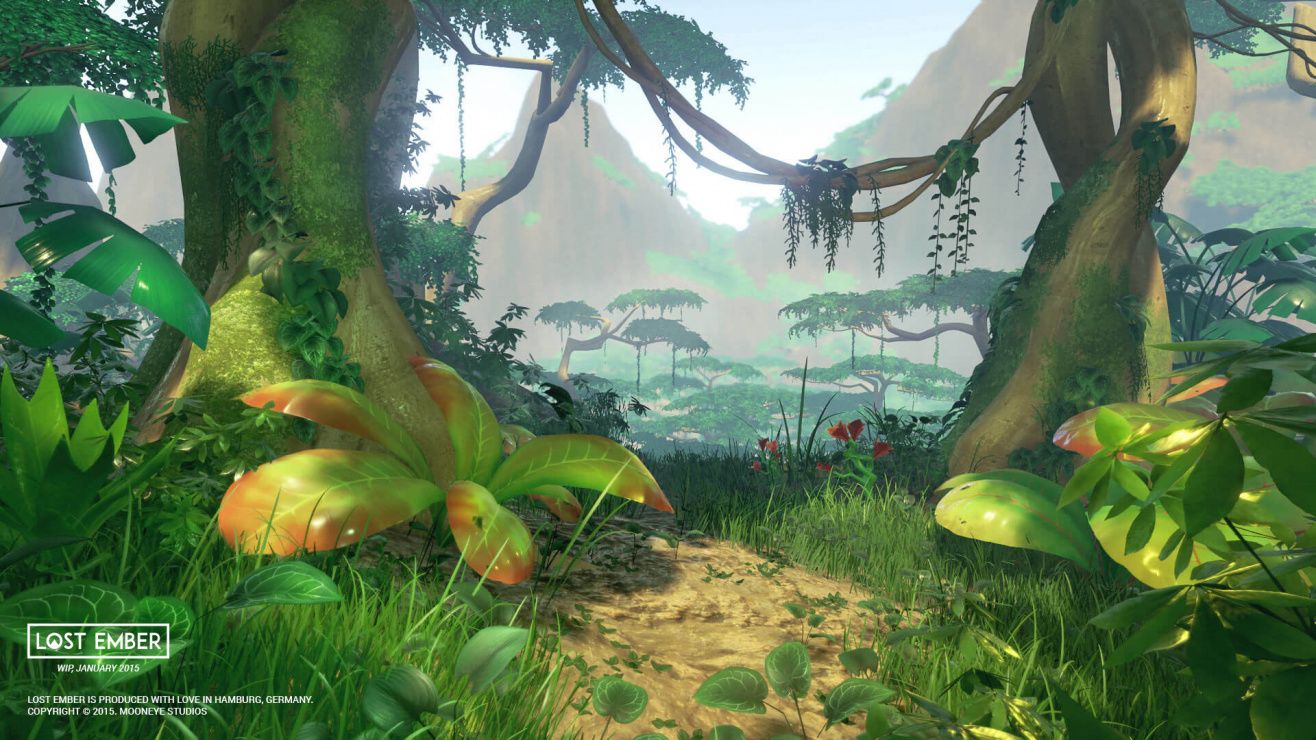 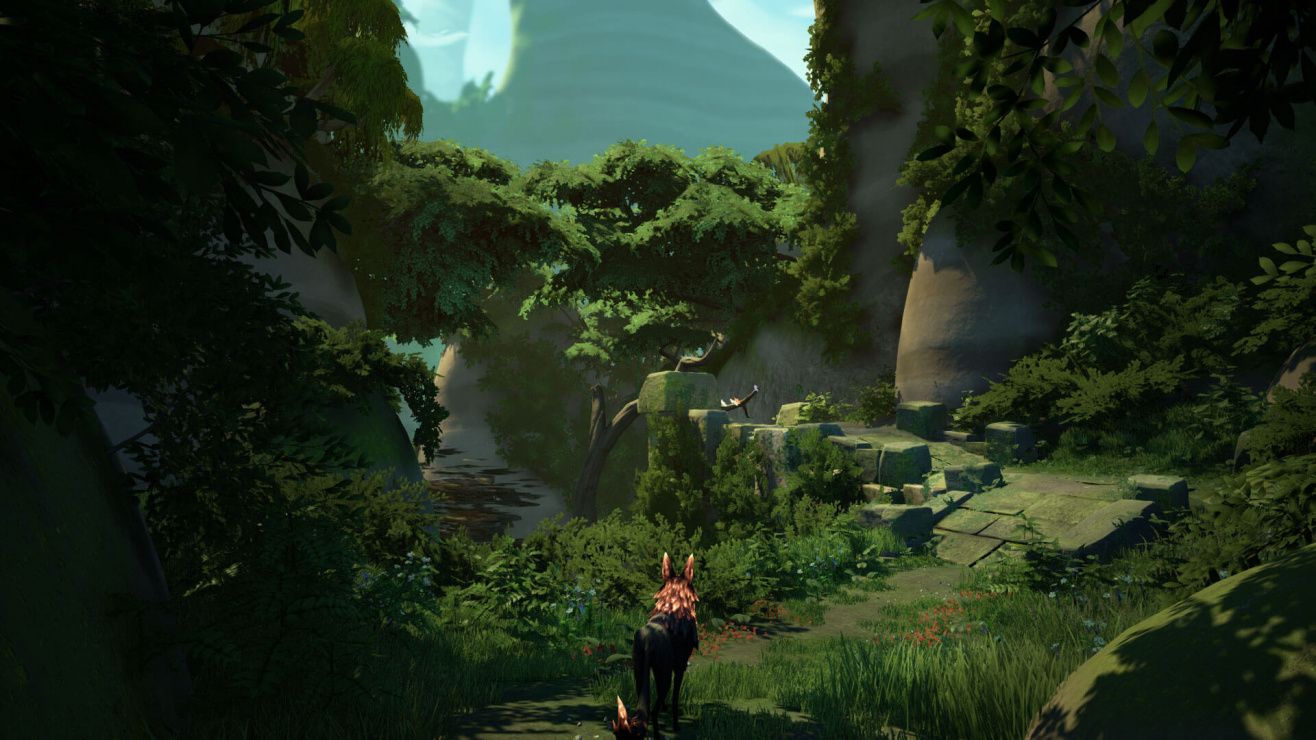 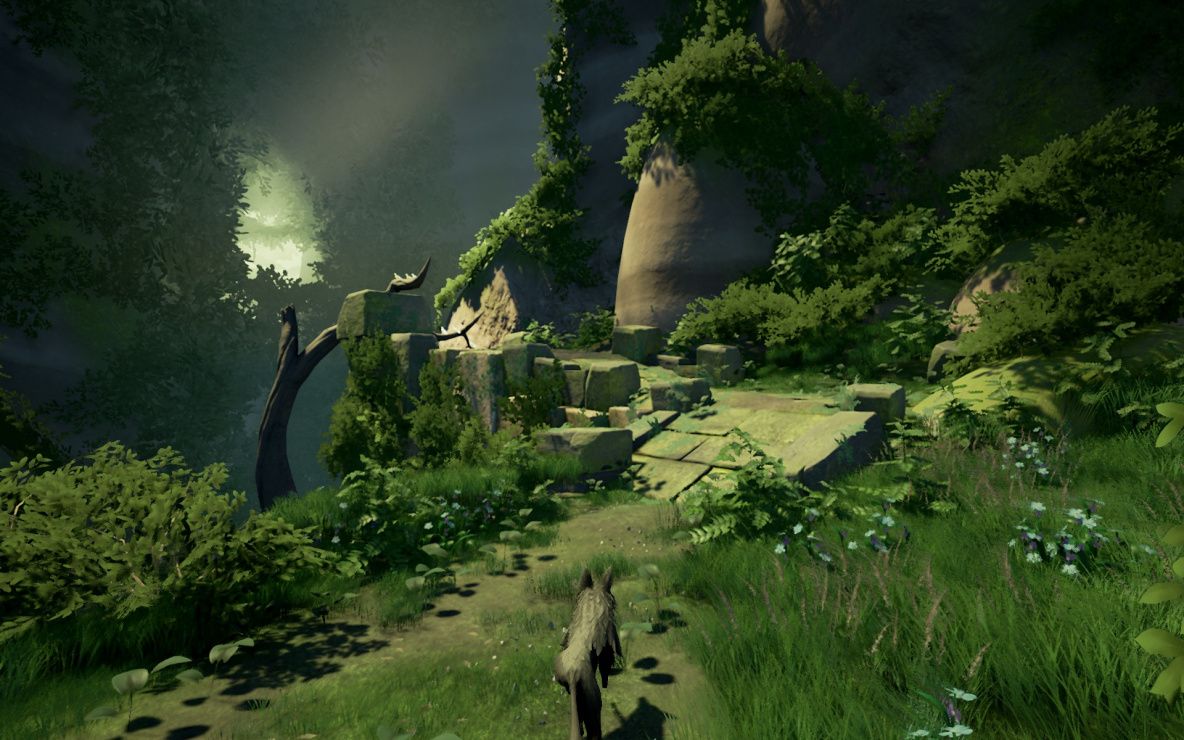 PC Steam Console Playstation action Xbox indie adventure atmospheric Windows nature beautiful
A breathtakingly beautiful world holds the secrets of its past for you and your companion to uncover in this 5-hour journey. Experience the contrasting stories of the fall of mankind and the lush life in a world reclaimed by nature with a wolf as your main character and a determined companion at your side. Explore the land, sea, and air, as you possess any creature you come across to experience life from a whole new perspective. Fly through gargantuan canyon valleys as a parrot! Tumble through the grass as a wombat! Swim through shimmering lakes as a fish! Your journey will take you from densely wooded jungles, to lush rainforest canopies, to barren desert plains and archaic temples. Ultimately, you'll discover a tale of loyalty, despair, and betrayal, as echoes of the lost Yanrana culture come to life in a lush wilderness devoid of man.
Share Share Share
Promote for 50G

Lost Ember, one of my favorite games is really special. The visuals are beautiful and the animals are extra cute. Exploring different parts of the world, each from different perspective (wombats, fish, ducks, goats, buffaloes, armadillos, elephants, fireflies...) was gorgeous and exciting. Kalani, a lost wolf and her spirit companion want to discover the truth about her past and find the City of Light. Throughout their journey, as they learn more and more about Kalani, they are faced with many obstacles and their friendship is put to the test. Lost Ember is a beautiful game about compassion, forgiveness and love. ❤️

you can be a duckling

Lost Ember is a unique gaming experience and a must-have for all animal lovers. I became so totally immersed in this game that I played into the wee hours of the morning one night! Lost Ember is one of those games where you take your time and explore the environment to find relics and a variety of mushroom collectables.
The big adventure was to be morphed into the various animals around you from the slow sloth and giant tortoise to a mole or hummingbird. There were 6 legendary animals to possess, but I somehow missed them completely!!
The environment ranged from beautiful undulating hills, to a dust storm in a desert, snow high in the mountains or swimming down a raging river. It was so magical and such fun....and delights the child within us all.
The back story of an ancient culture was fascinating. You become emotionally invested in its story of rebellion, revenge and redemption. I guessed the ending, so wasn't surprised.
The graphics are stunning at times. Music was really good....loved that gentle piano at emotional moments. Controlling the animals could be a bit clunky, but nothing was impossible. At times, I got caught in rocks with my head stuck in it or morphed into the wolf at the wrong time, but going back to the last checkpoint was the best solution.
Quite expensive for the hours of play, but is replayable to get all the achievements and collectables. Not a perfect game, but getting better with each update. I was amazed to see the thousands of kickstarters in the credits. Highly recommend. 8.5/10

This is the most stunning game I have played in quite a while. Design and music are beautiful, and you can see how much work the dev team has put into this. I started playing when the closed beta was out and played again several times after the official release.
The story is sad and heartwarming at the same time, for we follow a wolf and a spirit through a world were mankind is no more (a quite recennt event as it seems). The spirit was denied access to the city of light after death, and he's convinced the wolf has once been human, too, but done thinngs bad enough to let her be reborn as a "lost ember" and thus a beast. So the spirit is determined to get to know what the wolf had done in order to get her and himself access to the city of light.
I won't say anything else about that quest in order to let you experience that journey yourself, but I love how the wolf and the spirit step by step uncover bits and pieces of the past in order to make sense of the greater picture and find out what injustice has been done.
You walk around as the wolf, always accompanied by your spirit guide. In order to complete this journey, you get the ability to take over different animals and travel around in their shape. This allows you to get to places and do things you'd never be able to as a wolf.
At the beginning of the game, the spirit has no clue about who he was before his death. About halfway through the game, I had an idea who he might have been, but it took quite a while until I got to know if I was right or not - and I liked that, for it made me pay very close attention to all those little hints that I might find.
From the beta until now, I have seen the game being improved and the community being heard and answered. At this point, I only found very few minor bugs left in the game, small enough so they don't stop me from enjoying this game so much.
Since the release, I have played the game several times, and I still can't stop myself from crying at two parts throughout the game. The music really adds to the amazing story, and combined with the beautiful design, this is an amazing game. I can only recommend y'all to go play it and experience it yourself!

I think it was a beautiful game with a great story! Don't expect an action or puzzle game, it's definitely more of a walking simulator, but definitely the best I've played!
PROS
- the world is beautiful and more diverse than I thought! It's not all green forest, let's put it that way
- great story! I really felt a connection to the characters and was close to tears on multiple points of the story
- lots of different animals to play. This is probably the main thing of the game and it really makes exploring the world as different animals pretty fun and interesting
- huge world to explore
CONS
- no real challenge. You basically explore the world and find hidden areas and fun little extras until you're satisfied and go on with the story. But for me this was always fun and never boring or frustrating
- sometimes you don't really know where to go. This happened on a few occasions, but never lasted for too long. One time I restarted the checkpoint to get back to the main path. Luckily the game saves quite frequently so you don't ever go back that far.
I would definitely recommend for anyone enjoying a relaxed story game! It's not too long (I played about 4 hours), so the 30 bucks it asks for is a bit much, but I'd say it was worth it for me. Definitely would recommend buying when on sale!