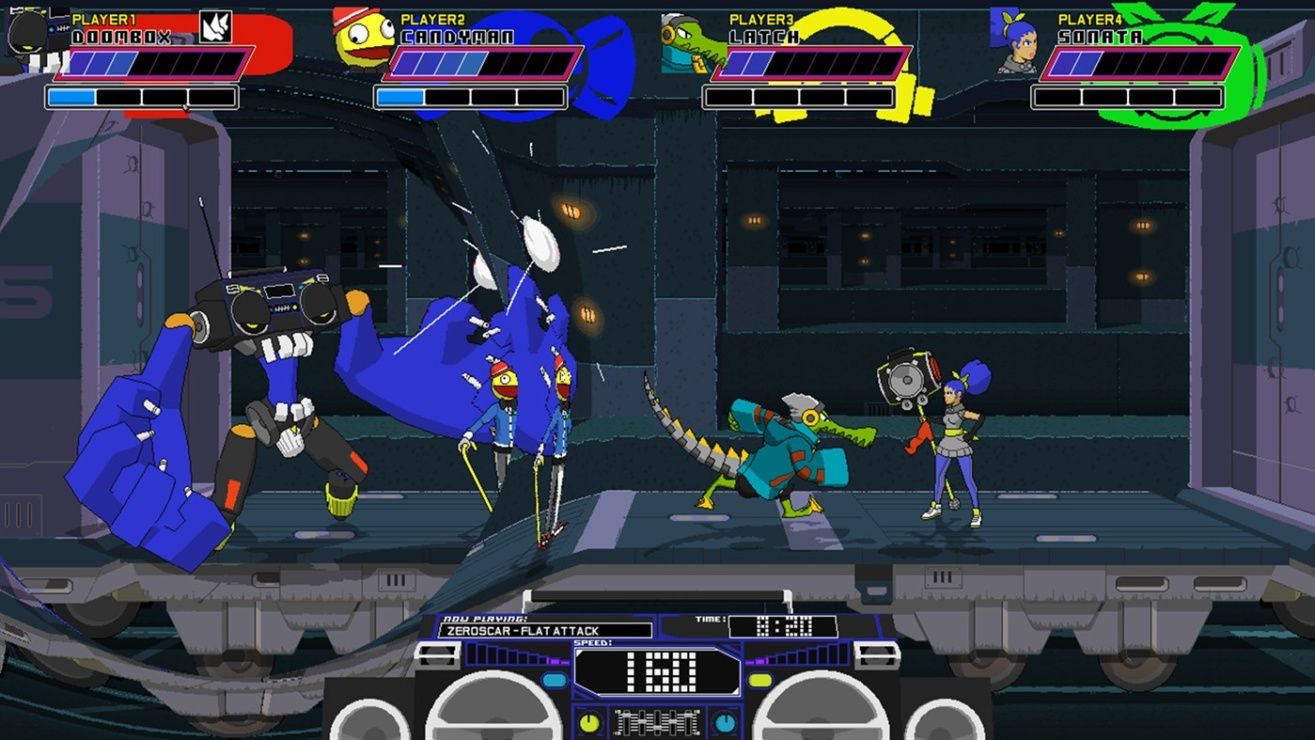 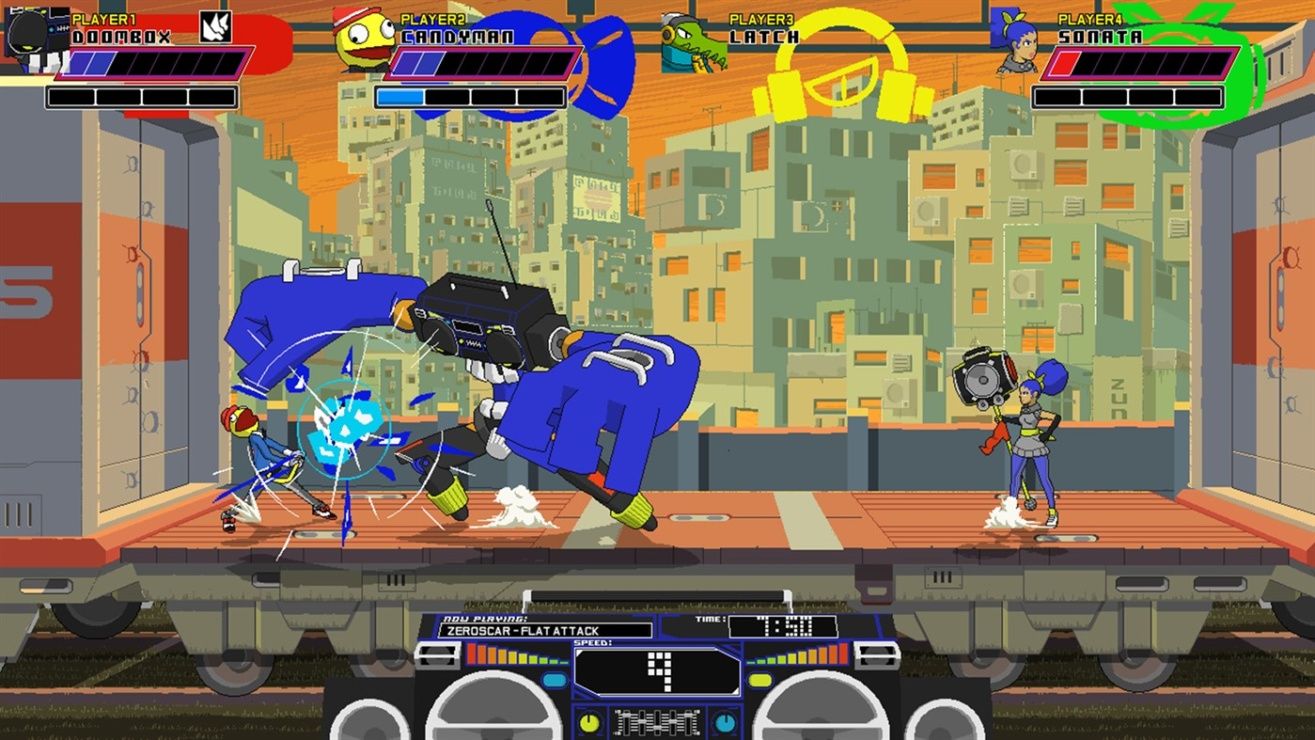 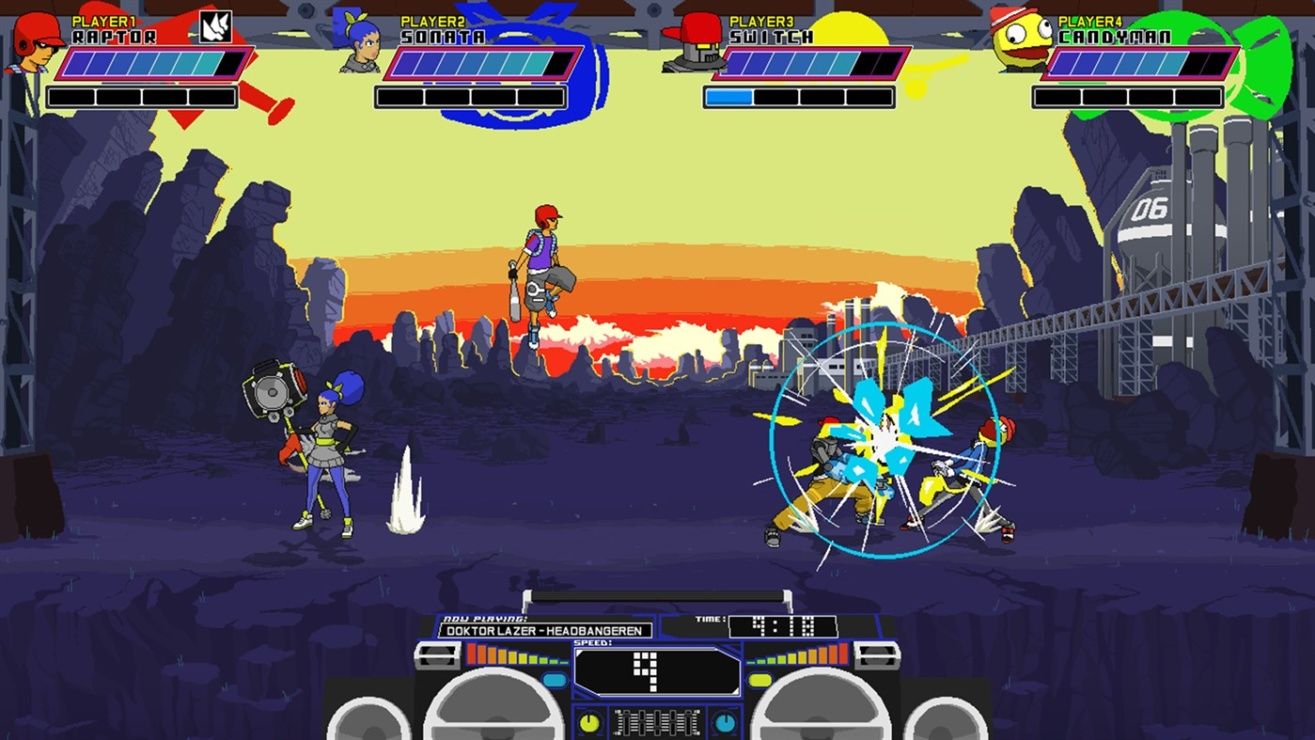 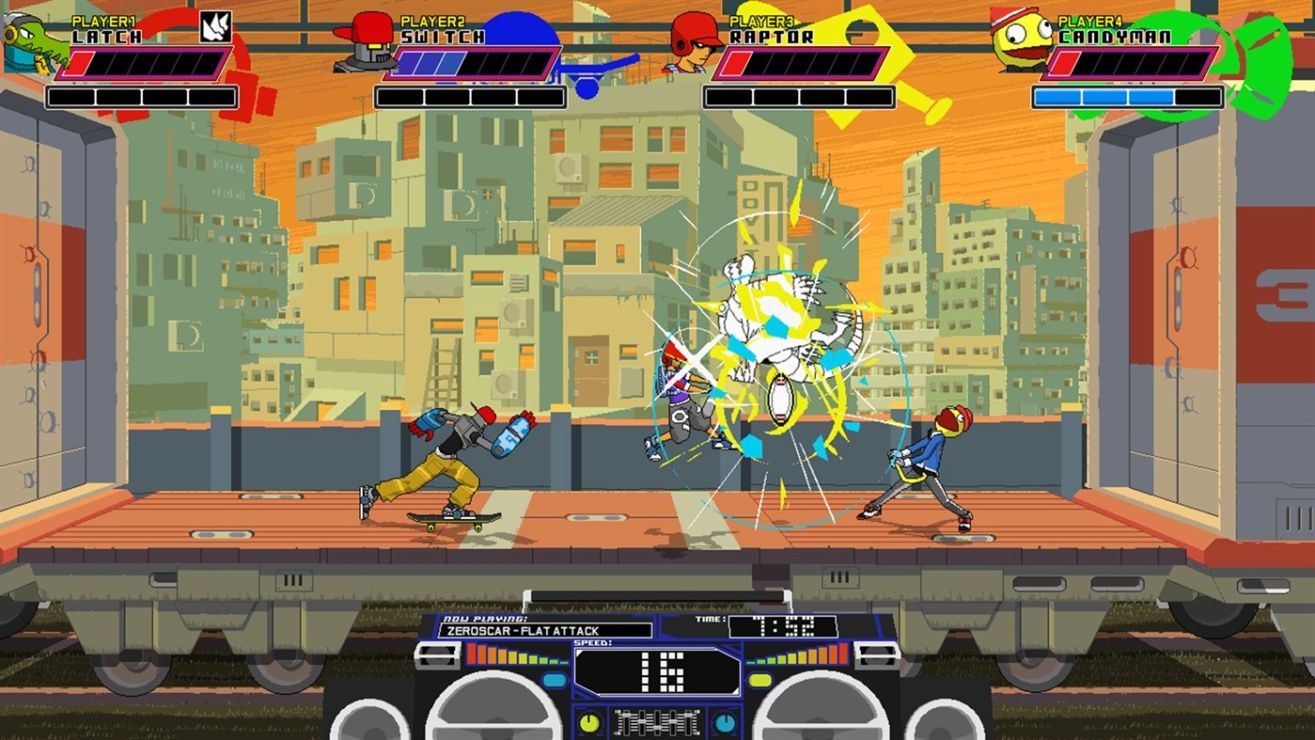 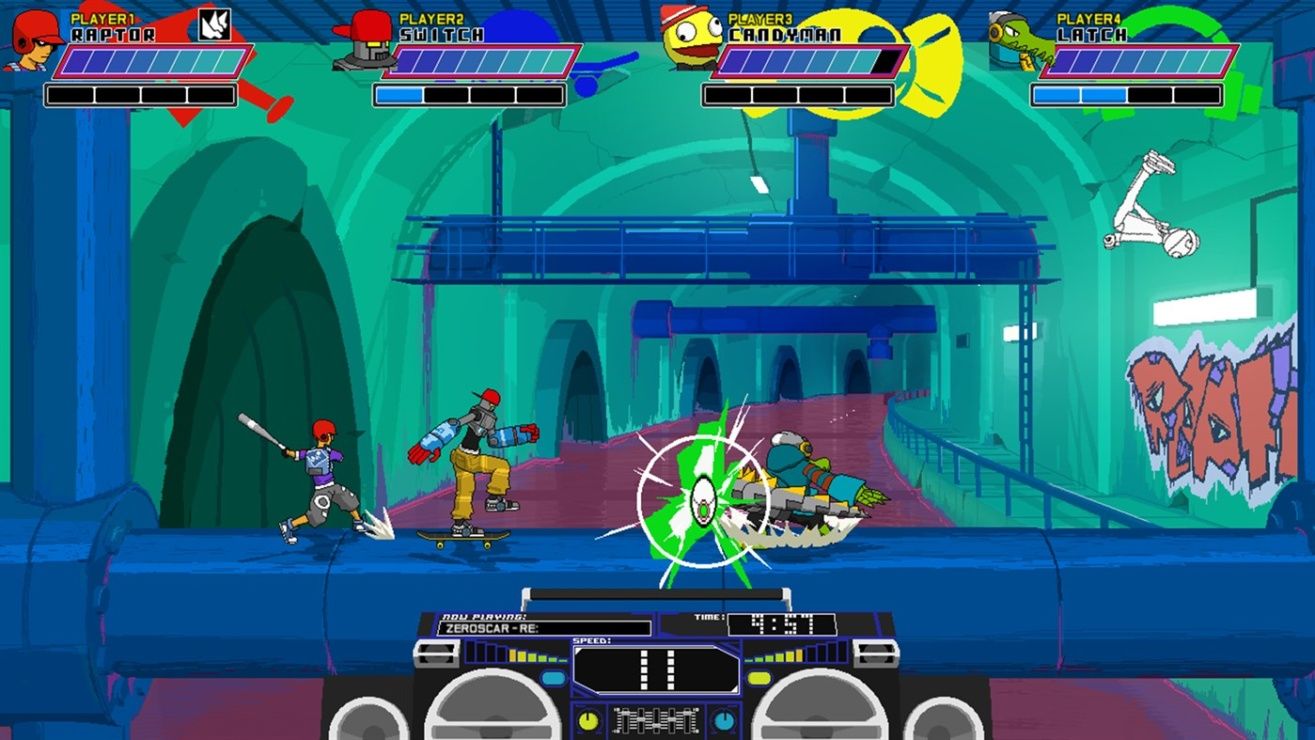 PC Steam Console Playstation action Xbox indie multiplayer co-op arcade funny fighting competitive
Lethal League is a competitive projectile fighting game where you have to hit an anti-gravity ball into the face of your opponent to win. The ball speeds up with every strike, up to explosively extreme velocities. Play locally or battle it out online. Features: – Up to 4 players: Play locally AND online with up to 4 players in free-for-all, teams or strikers mode. – Online multiplayer: Invite friends for a Private Match or head into a Quick Match. – Easy to pick up, hard to master: Improve by learning how to use Smashing, Bunting, Parrying and Special Abilities to your advantage. – Street-styled characters: From the mad Candyman to the cyborg crocodile Latch, every character has their own unique play-style and abilities. – Challenge mode: Step up to the plate by yourself and beat a series of opponents arcade-style to reach the beat-blasting bossfight. – Banging beats: A Big-beat, Hip-Hop and House soundtrack featuring the likes of Grillo, Bignic, Dr. Lazer and more.
Share Share Share
Promote for 50G

Team Reptile said that all fanarts and fanfictions made for this game are canon. 10/10

Jet Set Radio and Super Smash Bros. had a baby and it's the coolest kid in school. The sequel is superior in every way but if you are low on cash then get this one and play around for a while, it's still worth it.