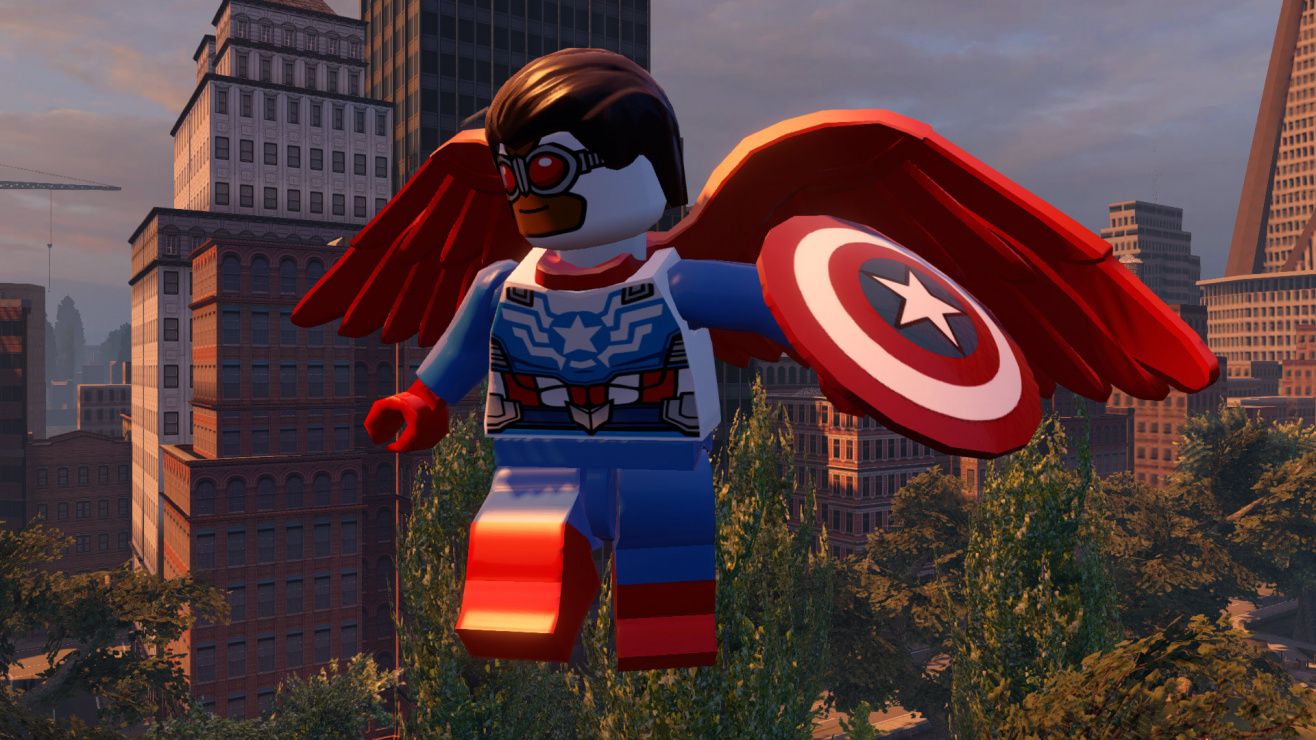 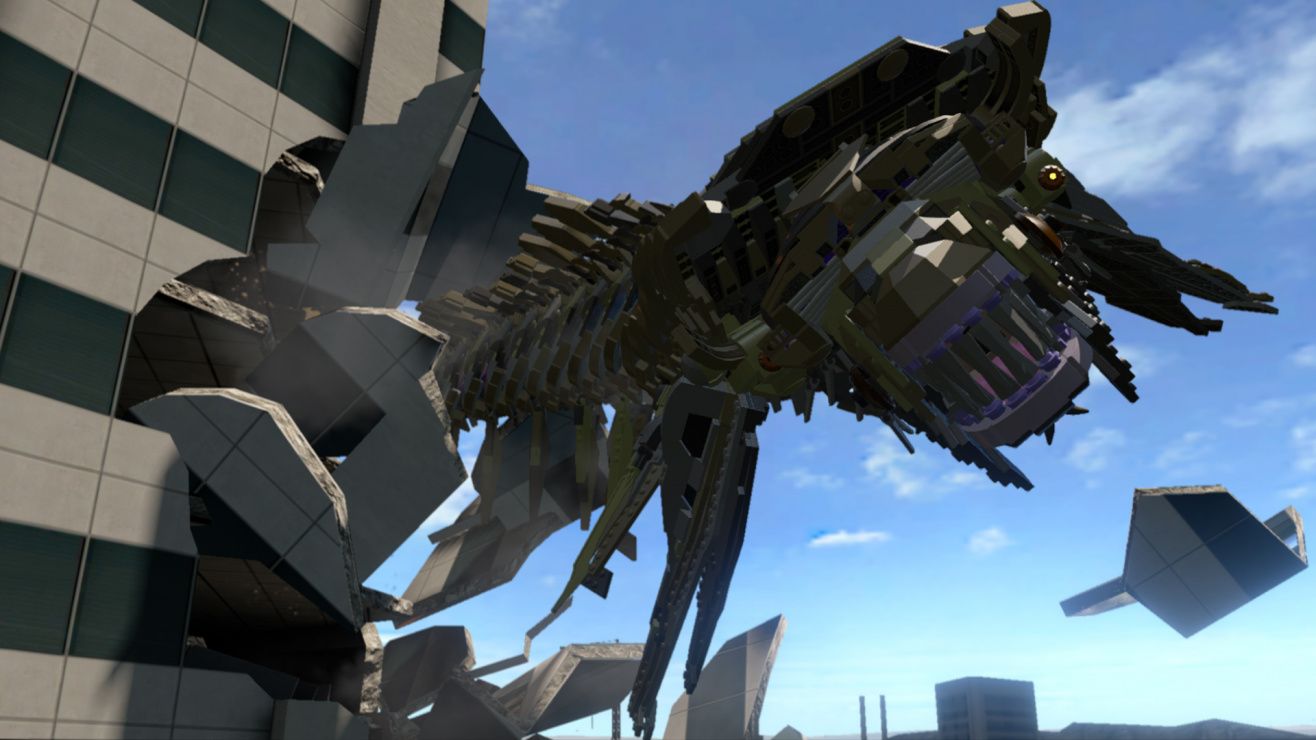 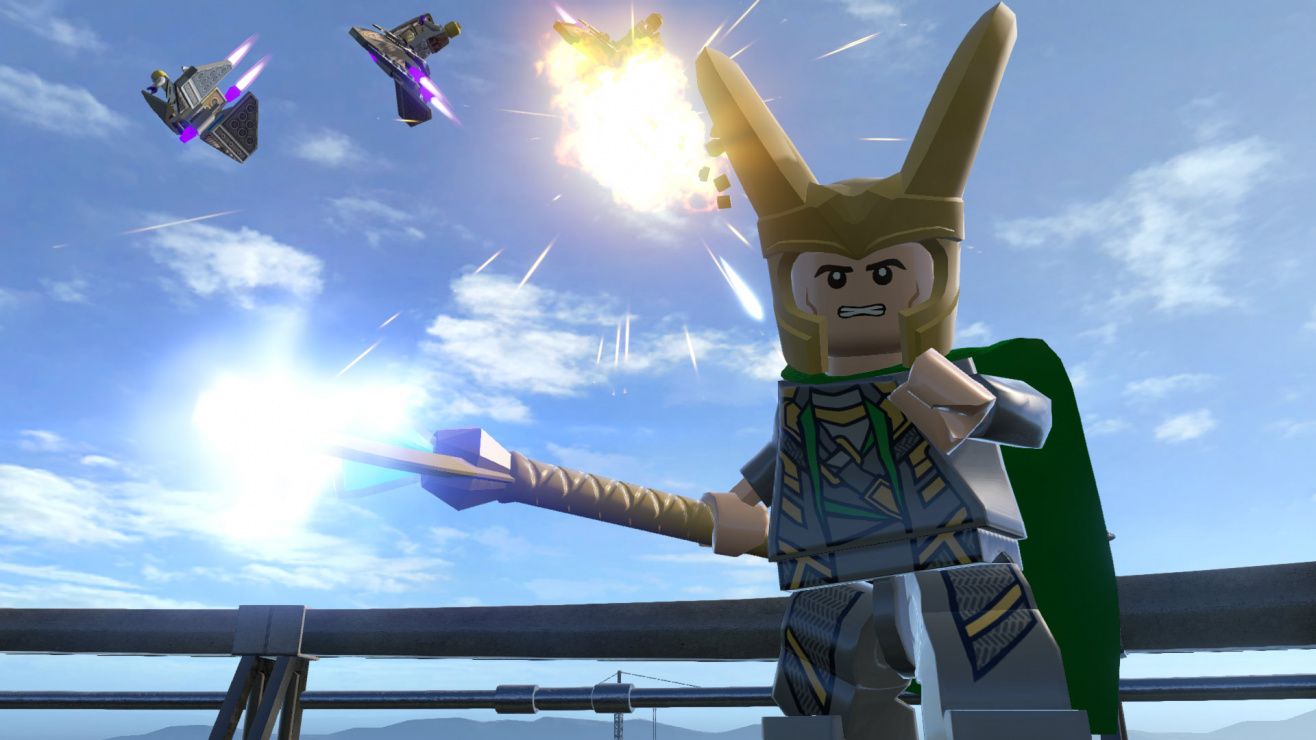 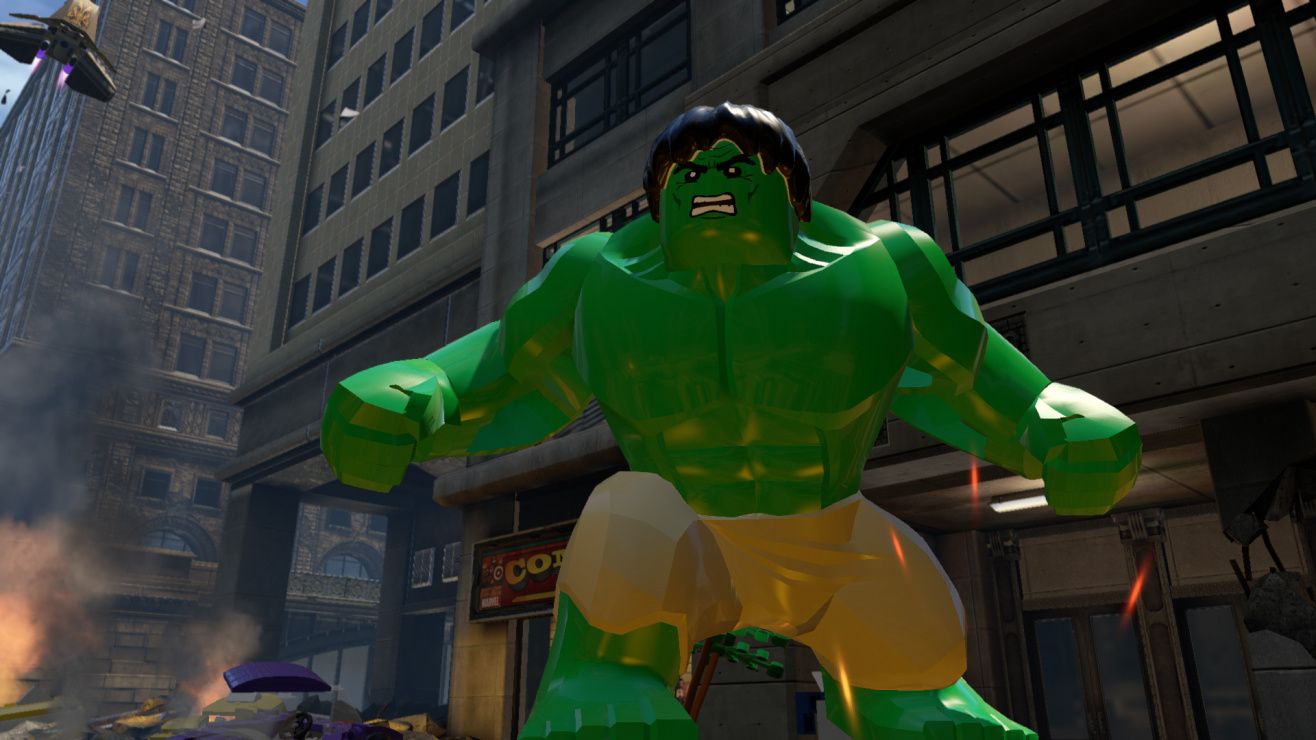 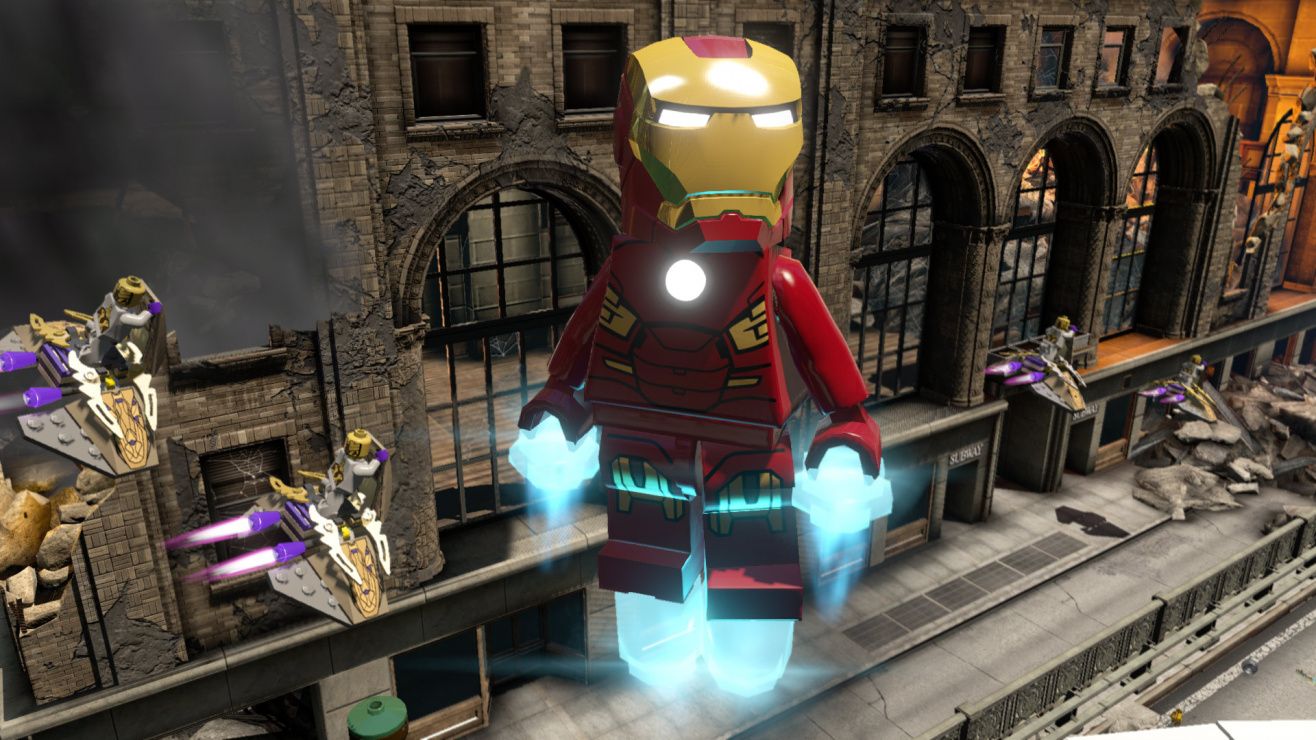 PC Steam Console Playstation adventure Xbox singleplayer open world kids fun superhero split screen lego
Avengers Assemble! The best-selling LEGO® MARVEL videogame franchise returns with a new action-packed, Super Hero adventure. Join the LEGO® MARVEL's Avengers team and experience a videogame featuring characters and storylines from the critically-acclaimed films and more. Play as the most powerful Super Heroes in their quest to save the world. The gameplay is similar to Lego's long-running series of franchise video games, with a focus on puzzle-solving interspersed with action. Players often have to solve puzzles spread across the game environment, such as figuring out how to move a particular truck that is blocking their progression. As always, the game has its own unique quirks, for instance taking advantage of its large character library in areas that require two specific characters to team up in order to proceed. Boss battles also take the form of puzzles, often requiring careful timing.
Share Share Share
Promote for 50G

Bought this Game to support Traveller's Tales and encourage them to make more LEGO Games, or atleast hurry up with The Skywalker Saga.

MISOPHONIA WARNING!!!!!!!
Warning to anyone with Misophonia. The level "No Strings On Me" has high levels of chewing and slurping.
Otherwise a great game!

literally the only game that has quicksilver

A review is an assessment in an informative or entertaining form, which only reflects my personal opinion and does not constitute an attack on a person who takes a different opinion.
MY RATING:
🌟 🌟 🌟 🌟 🌟 🌟 🌟 ✘ ✘ ✘
7 / 10

Anyone who has ever played one of the 17 Lego games from Traveller's Tales knows pretty much what to expect from Marvel's Avengers.
Lego games are known for their collectibles, and Marvel Avengers doesn't make a difference.
The challenges I have to face as a Marvel hero are made up of puzzles, leaps and battles. Lego games are always pretty similar, but there are small deviations.
Where Lego Harry Potter and The Hobbit rely more on puzzles, the Marvel games are more combative.
Iron Man fires rockets and lasers, deals blows, can launch a team attack with Captain America or fire at enemies while flying with a thruster. Each kill increases the combo counter, which in turn brings more studs.
All in all, it's as fun as ever.
However, if you are a long-time fan of Lego games, you will probably slowly notice signs of fatigue of the same game principle over and over again.
Because connoisseurs of the direct predecessor Lego Marvel Super Heroes will probably say at this point: "I know, I know, I know." And they are right about that. In terms of play, Marvel Avengers is almost identical. The biggest difference is in the story. Where Super Heroes tells its own story from the middle of the comic cosmos, Marvel's Avengers is based on the Cinematic Universe, i.e. the superhero films of the last eight years.
The story missions are quite extensive and occupy a total of easily 10 hours or more. If you want to browse through all the secrets, you can add another five hours. The key scenes of the films are very well staged and consistent. In some parts of the level, however, I was a bit confused.
Do you remember the famous scene where Black Widow was scrubbing the deck of the helicarrier so Captain America could land?
Or the boxing studio where Steve Rogers sets up training frames?
Or the famous sequence in which Agent Coulson visits Tony Stark in the Stark Tower and they're both looking for gadgets in the office?
Not?
Never mind, neither do I.
The best feature, however, is the open world sections. Those who have completed the campaign get free access to Manhattan, Washington, South Africa, Asgard and and and....
In these open sections, the superhero adventure becomes a new and actually better game. You can explore the gigantic areas completely freely. In this "playground" I unlock new characters through side missions or collect all kinds of goodies. In order to get all the heroes and villains one is well and happily busy 50 hours.
I think Marvel's Avengers is only for real fans who are pretty knowledgeable, recite the movies in their heads, and enjoy playing around with their favorite characters. Everyone else has to decide whether the desire to collect studs is great enough for another round of the well-known game principle, or whether you prefer to wait for a little movement in the Lego genre.
After 17 Lego games, even a hardliner is slowly getting tired of the same principle.
Especially since I can play an immense number of Marvel characters in the predecessor.
With all the love for stud collecting and superheroes.
In many places Marvel's Avengers is simply too much branded and merchandise advertising and too little independent gaming experience.
MY PROS AND CONS:
✅ good lighting and explosion effects
✅ "heroic" soundtrack
✅ playable in co-op
✅ big open world
✅ Tons of unlockables
✅ gigantic character selection
✅ high replay value
❌ Figures are glitching
❌ routine campaign
❌ interesting for fans
❌ Lego remains Lego
PLAYED WITH: 🎮 📺