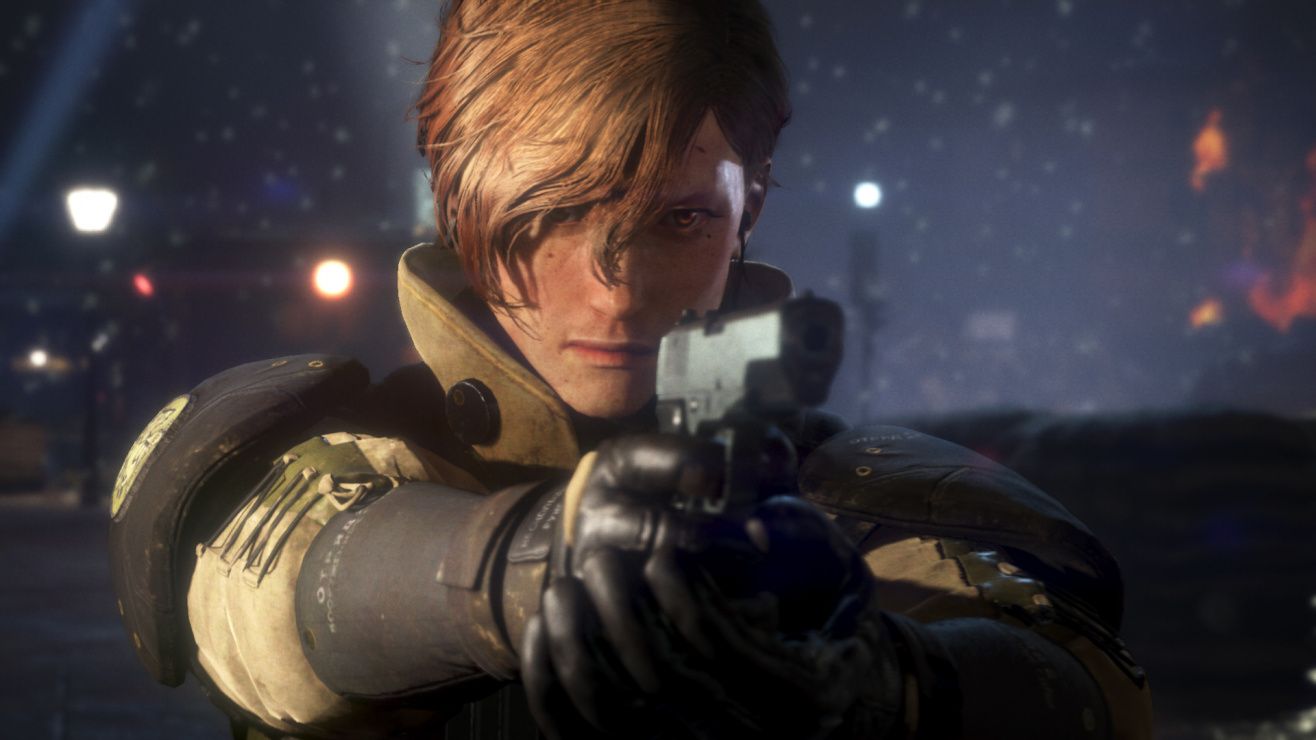 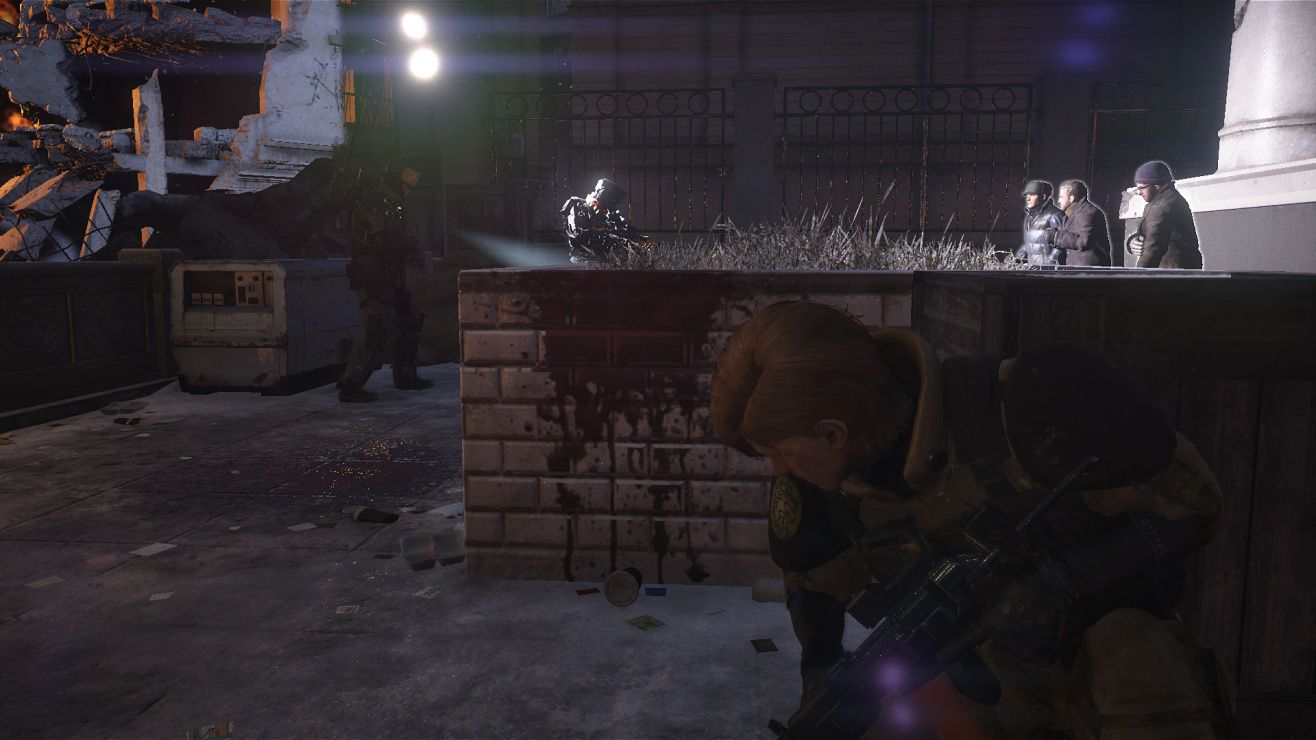 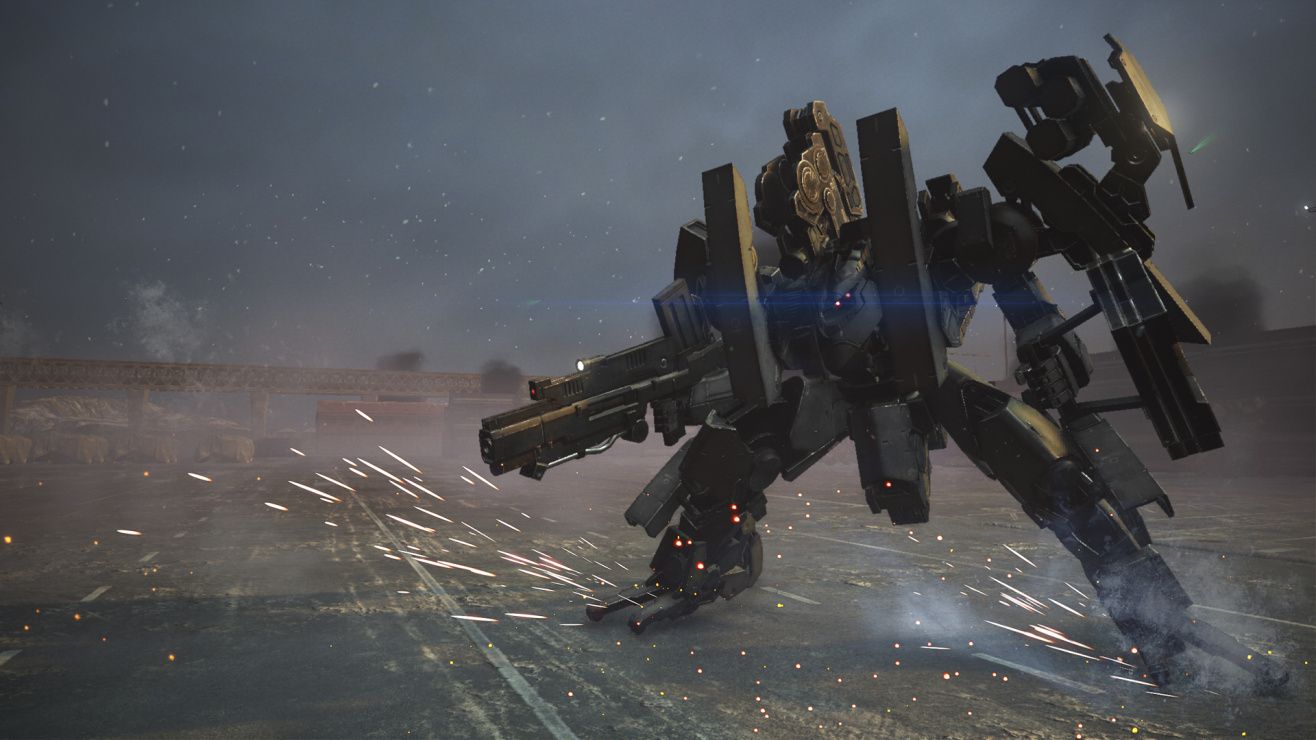 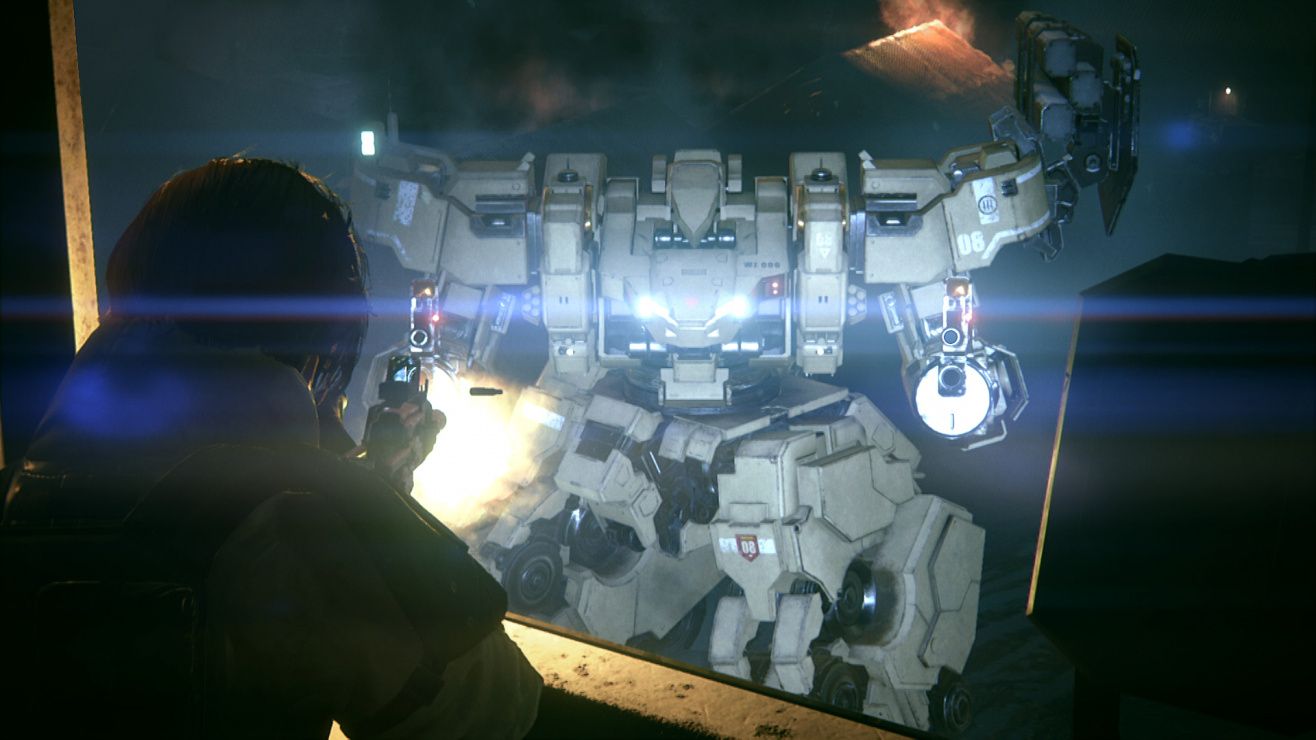 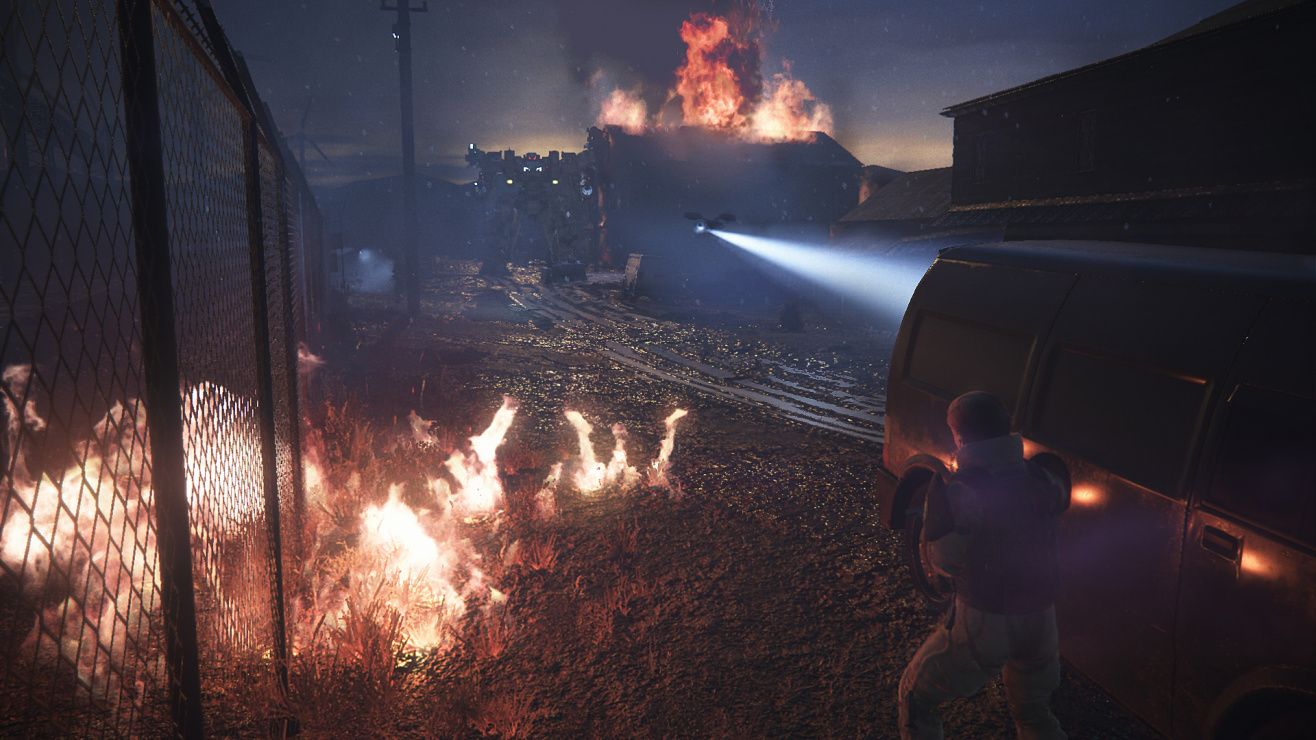 I disagree with most of the hate on this game. I do agree with its poor optimisation, but it somehow runs well enough for me and my old PC.
I played through on the normal difficulty setting. There are two easier modes and two harder modes.
This is not a hardcore stealth game. Do not play it like one. It's not an ordinary third-person shooter either. It's somewhere in between - the game does want you to fight, but to fight smart. Stealth is quite forgiving in this game and it's easy to learn the limits of the enemy's sight in spite of there being no visible vision cone.
Combat is a little clunky, but has a certain stylish feel to it. Shooting an enemy in the head will not instantly kill them as they are wearing armoured exoskeletons, but it will stun them long enough for you to keep lining up headshots until they die. As enemies do not respawn, you'll find that it is quite easy to clear the entire map of enemies if you do not bite off more than you can chew and you've equipped yourself accordingly. The enemy AI is easy to abuse and the sooner you take advantage of this the more fun you'll have.
I have mixed feelings about the sections where you control a wanzer. On one hand, they almost nailed the feeling of controlling such a mech, but on the other hand they're so freaking flimsy that I feel more vulnerable piloting one than when I'm on foot.
The game does not give you much opportunity to learn all the ins and outs of using a wanzer or to learn about their entire arsenal and it wasn't until the very end that I felt I had mastered them.
The story is alright and makes enough sense. It's not convoluted to a silly degree as you might have in Metal Gear Solid, but it's not very memorable.
Left Alive has a new game+ feature in which you can spend points earned by completing chapters and collecting KIA beacons on various features to make recurring playthroughs easier and faster.

Funny...For a long time I didn't buy this game (even if I was curious about it) because of the very low rating...
But there is so much hate against this game lately that I decided to take the summer sales opportunity to test it...
And guess what ?...it's not so bad....
Well I suffered a lot during the first chapter...so I lowered the difficulty to "light"...Still difficult for me but doable
And in fact I love the game :)...it's kind of old school regarding the gameplay but I like the fact you need to prepare a bit each fight ahead of you. And there's a kind of joy in finishing a chapter...
The graphics ? Not too shabby !...it's not PS2 graphic...or maybe the last games of this generation !
The story ?...To be honest I haven't a clue of what this is all about ! But it gives somekind of background to the game.
The dialogues ?...There are funny...maybe not in a good way but who cares....this really doesn't matter in this kind of game...the dialogues are kind of a break for the sake of the player.
The performance ?....decent...I have a GXT 1080 inside a 3 years old laptop (yeah I know..but sometimes...you don't have a choice) and with everything nearly set to the max, It runs at 60 fps with a few dips....
In the end, I love the game....
You could try....if it's too difficult, lower by one level the difficulty....it won't be so easy by the way (if you are as bad as I am)...
2 hours is enough to know if you will like or hate the game and the refund option works well...but it's worth making your own opinion

I think I might love this game. Only buy it on big sale though.
Yes, it is not good. It is the very definition of Jank. But the story was pretty good, one of the antagonists goes on about American Baseball, and once you figure out to play Left Alive like Left Alive and not like Metal Gear Solid, it starts to get fun. Better the deeper you get. Though it never stops feeling rushed. I spent a lot of my play time on my first run trying to figure out what the devs wanted this to be. Metal Gear? No, the stealth isn't deep enough for that. Maybe a Survival Horror game with no monsters and instead an invading army? That would be dope but there are straight up Mech Battles and Defend the Base missions.
Ultimately, I don't understand how it ended up as Janky and rushed as it is with the pedigree of creative talent behind it, and its truly a missed opportunity to create something really cool if it had been given the time it needed to be properly made.
The Mech Battles are fun if frustrating because your mech is as easy to kill as the enemy mechs. You cycle through three characters, all of whom I like.
If you can like Jank from time to time and it goes on sale for like $15 or so, grab it, give it a go.
I'm going to beat it at least one more time, I think. Its a shame its a flop and I won't get to see these characters in something actually polished.

Best worst game I've ever played (just don't get it at full price).

Be patient. Buy it on sale, delete K-lite codec pack.
Learn the mechs first 1-3 chapters...
Have your first suicided NPC,
Feel the weapons, blow tank using the crowbar.
Connect the arm weapon to wanzer.
Cutscenes are magnificent,
Engine mix is 100% glitching, but... well, its like part of the mechs.
Enjoyable.

Not as bad as everyone makes it out to be. Its nothing special but its still fun. Buy it on a deep sale like me and play with no remorse.

Overall very janky and overly frustrating, as well aspoor optimisation, but enough fun mechanics, clever ideas, and genuine nuance in the gameplay, to keep me playing, which tilts my review to just baaaarely saying I'd recommend it. BUT DEFINITELY ON SALE ONLY.