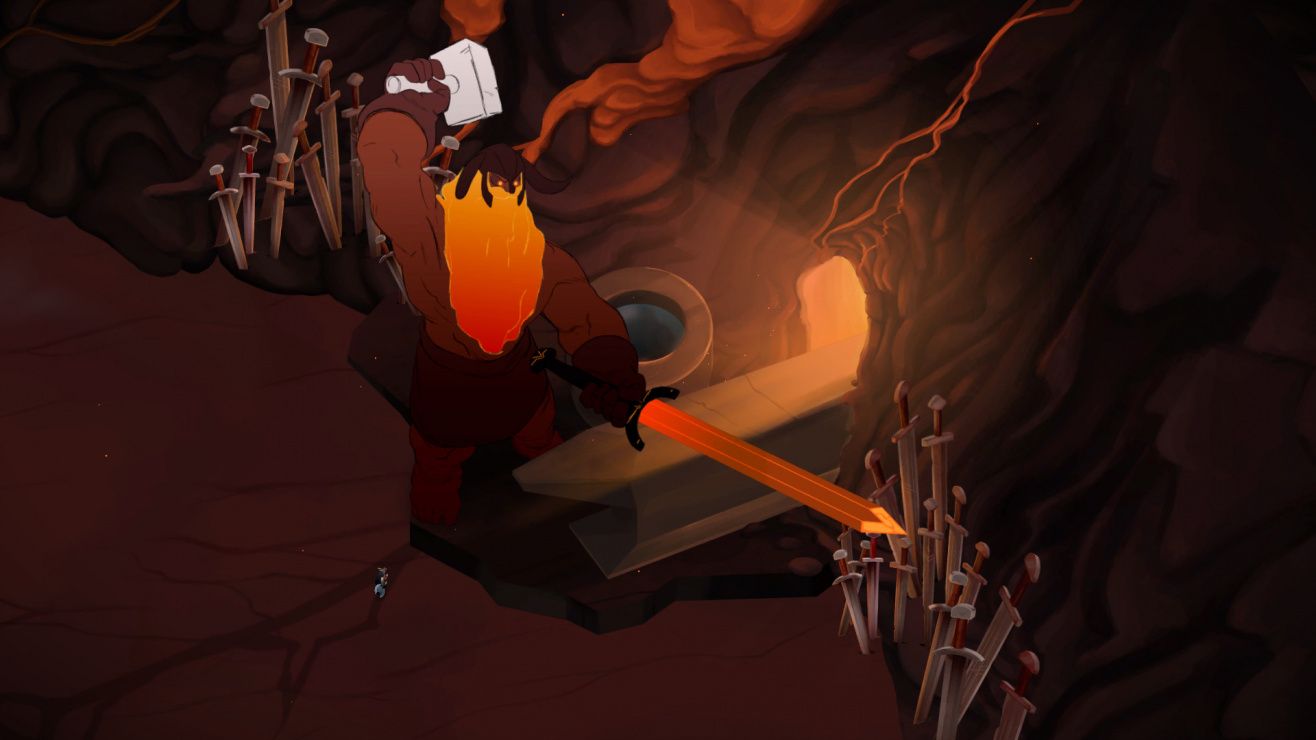 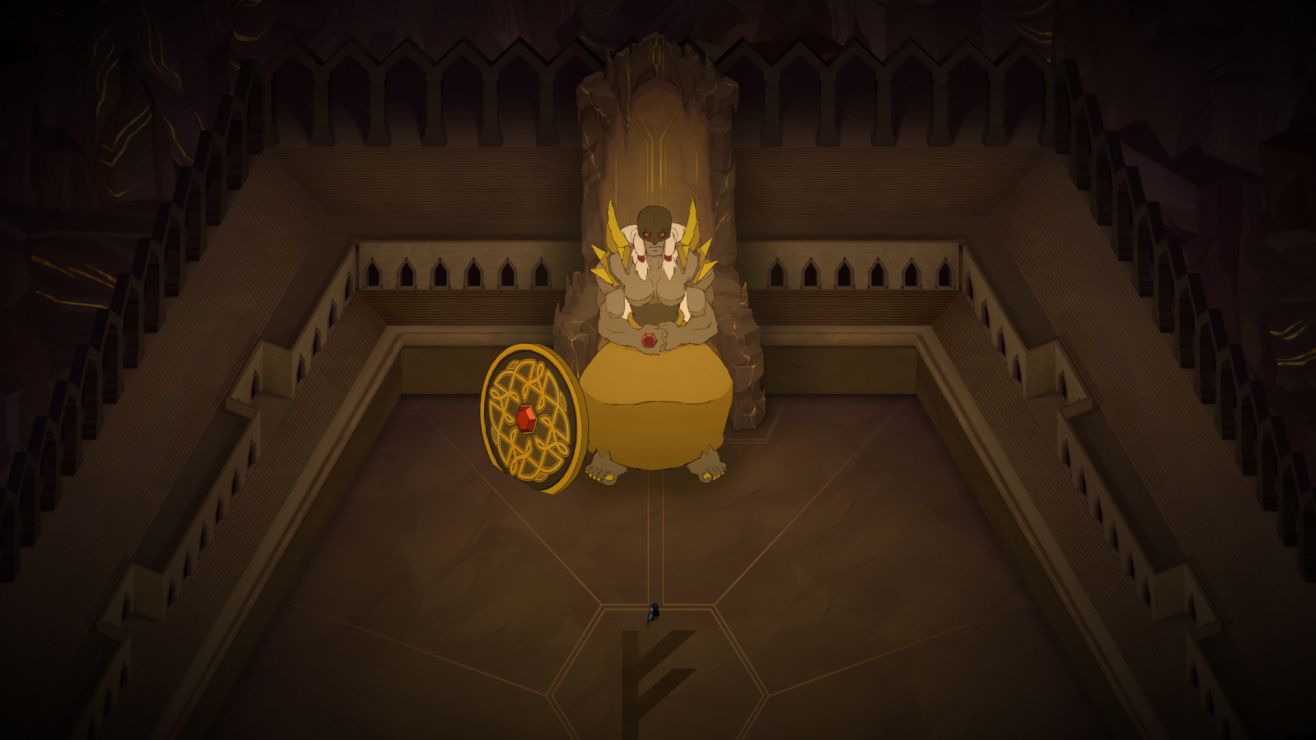 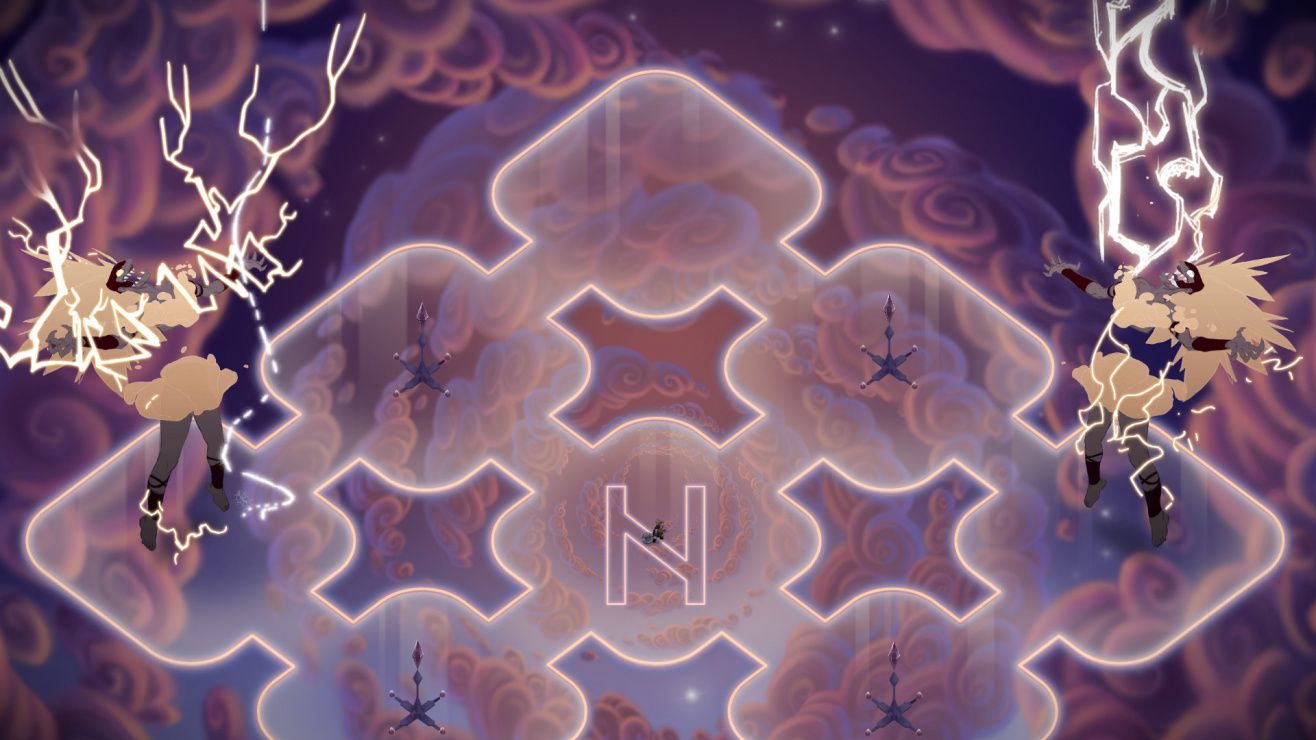 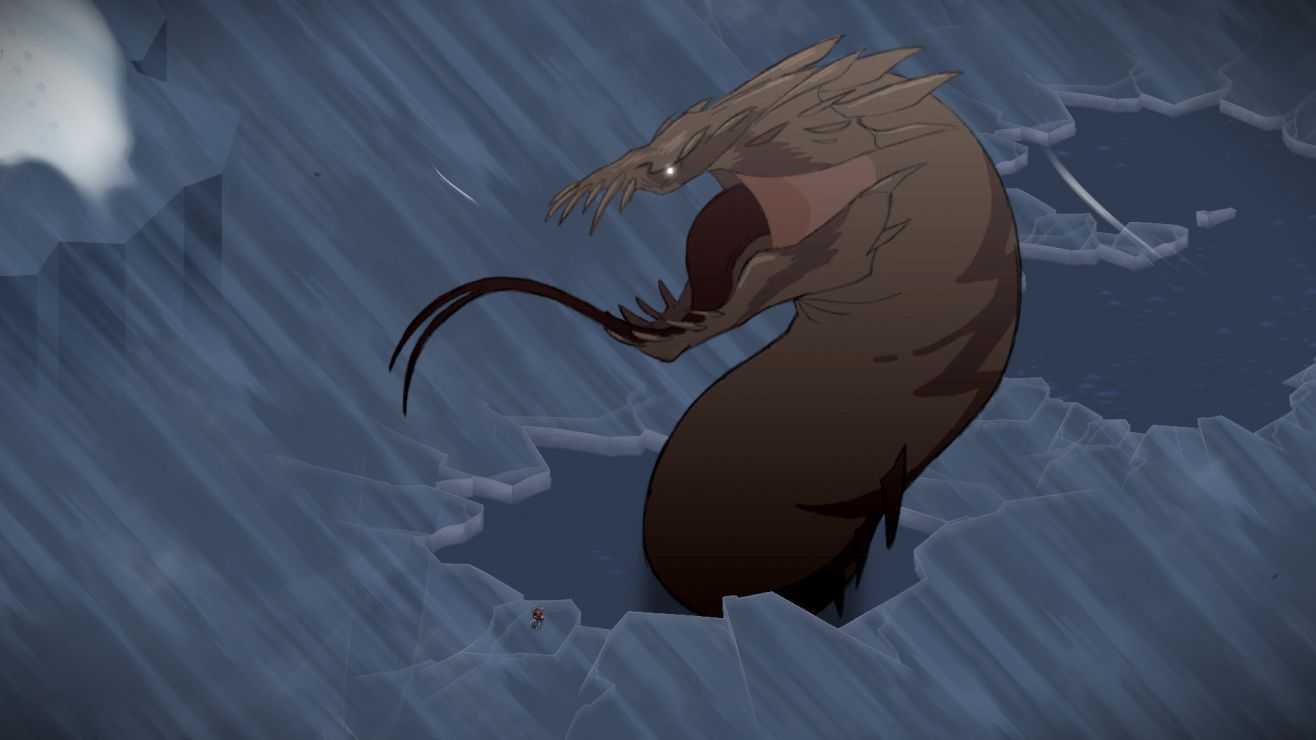 action adventure fantasy indie isometric mythology rpg story vikings
In Jotun, you play Thora, a Viking warrior who died an inglorious death and must prove herself to the Gods to enter Valhalla. Explore vast regions of Norse Purgatory to find runes to unleash the jotun, giant Norse elementals. Fight them using only your massive two-handed axe, the blessings of the Gods and your skills! Jotun: Valhalla Edition features the brand new Valhalla Mode, the ultimate battle against even fiercer versions of the Jotun! A true challenge for those who wish to impress the Gods! Features: - Experience beautiful hand-drawn animation - Fight five epic jotuns, giant Norse elementals - Explore nine vast and mysterious levels filled with Viking mythology - Learn about Thora's life and death in an overarching story - Summon powers bestowed upon you by the Viking Gods
Share Share Share
Promote for 50G

This game has left me with mixed feelings. From one side - you have amazing artwork and location/boss designs, but from the other side you have gameplay...
I won't say the gameplay is terrible, but it just doesn't work. The fights during location exploration are non-existant (if you kill a mob from 1 hit it's not a fight), and fights with bosses can usually leave you unsatisfied (you can kill him too fast or die when the animation was not even touching you).
But nevetheless you should give this game a chance. It's too short to complain about it too much)

"Jotun is a hand-drawn action-exploration game set in Norse mythology. "
PROs:
Nice visuals
Interesting Boss fights mechanics
CONs:
Empty maps
No action outside Boss fights
No real puzzles or obstacles
Very short game
This pretty much describes the whole game already, sadly, the exploration and the action side never really cross each other.
Your objective is to navigate the different maps, looking for special runes in order to unlock the boss fights and "impress the gods" by killing said bosses, and while this isn't such a bad concept, on the other hand you'll realize pretty soon that these maps are completely empty: no enemies, no interactive objects, no (real) puzzles, just huge areas with a couple of easy obstacles here and there.
It feels more of a walking simulator than an "action-exploration game"... oh, did I mention your run speed is really slow compared to the distances you have to cover...? Yeah, there's that too.
All the action is packed in the Boss fights (which is why I previously mentioned that these two sides never really meet) and to their credit, some battles are really well done and fun to play, but with only 6 fights in total, it really isn't enough at the end of the day.
You can fully complete this game in about 4-5 hours, including the "Valhalla Mode" which is a New Game+ with all the different boss fights unlocked right away.
If you go for 100% achievements, you'll have to spend a few more hours for the "no damage taken" kills and time trials, but still, it won't add that much to the overall game time.
I only recommend this game if there's a nice discount going on or if it's in a cool bundle, otherwise, you'll have better luck with something else at this price range.

My ancestors smile when they look at me, can you say the same? I have earned my right to stay with Odin at his table to drink, laugh and fight for all eternity.

This game is good. Even though I got it for free I would definitely buy it with my own money.
I like norse mythology and this game provides me with another chance to learn about it once again (my memory is bad).
Gameplay is simple and works very well. I did not run into any problems. Levels and characters are drawn very nicely.
There are secrets to discover. And if you do the game will become easier so do explore and you'll be rewarded with both nice scenery and upgrades.
Boss fights were very interesting and I had to think how to approach the each one.
More meaningful achievements are the only thing that would make my experience even better. I'm a bit of an achievement junkie but I don't want to spend hours trying to figure out how to kill a boss in 25 seconds or how to kill all bosses without taking any damage.
Even though it took me 7 hours to complete it I think it's a good game and it's worth the price.

It has a lot of norse mythology well explained and pretty interesting. It also has a lot of different skills you can get along the journey and different ways to approach the bosses. Easy to play through but hard if you want to get the achievements. Really recommended.