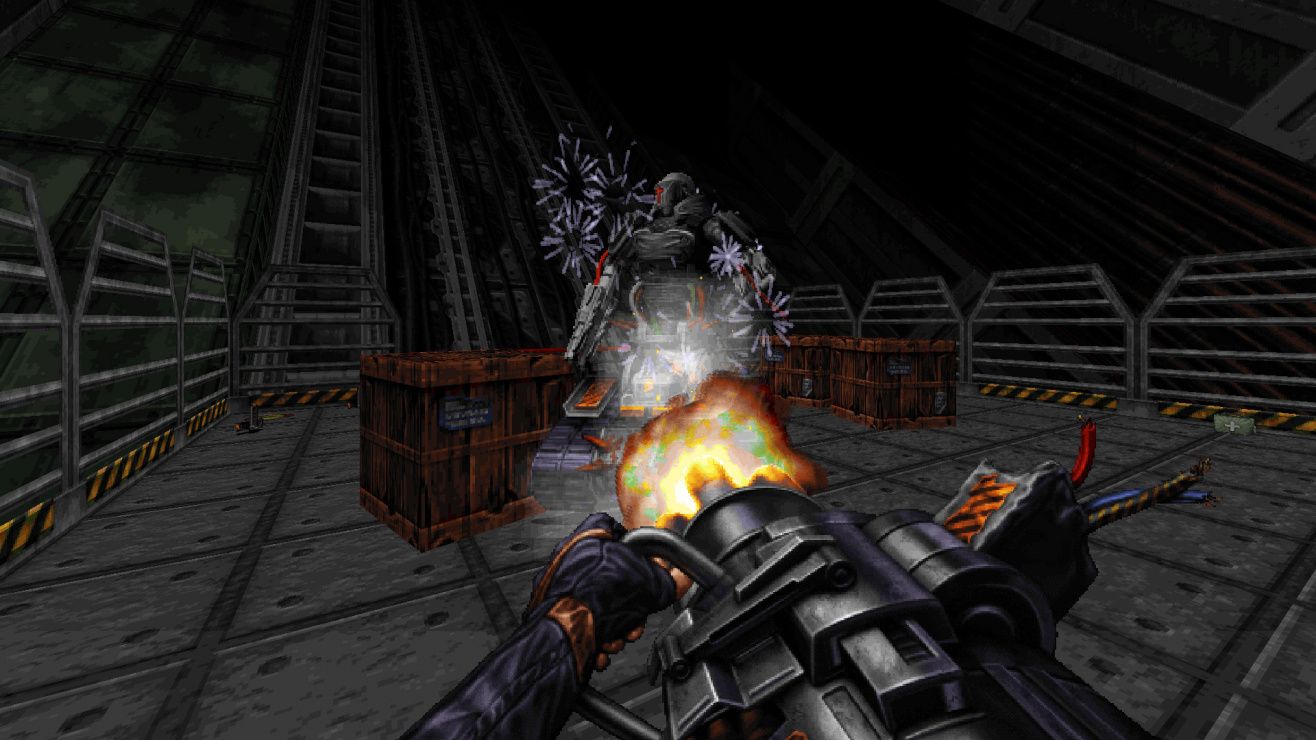 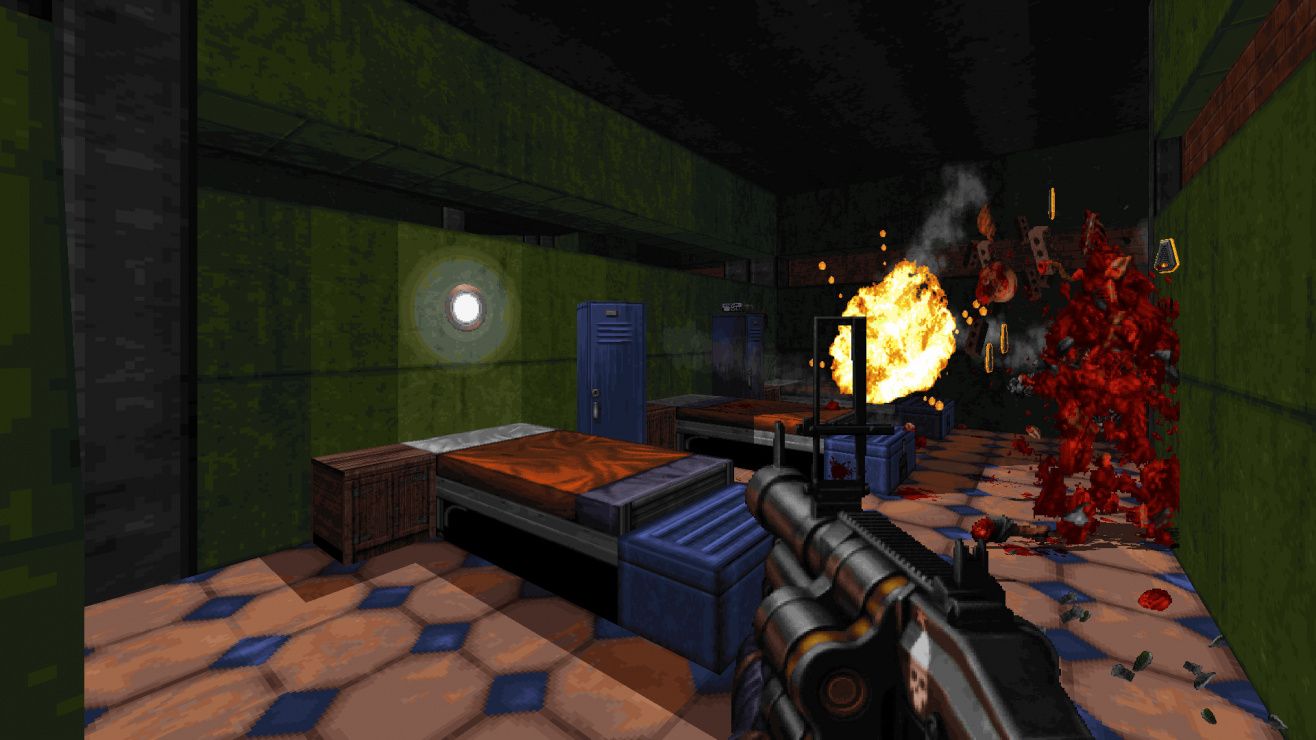 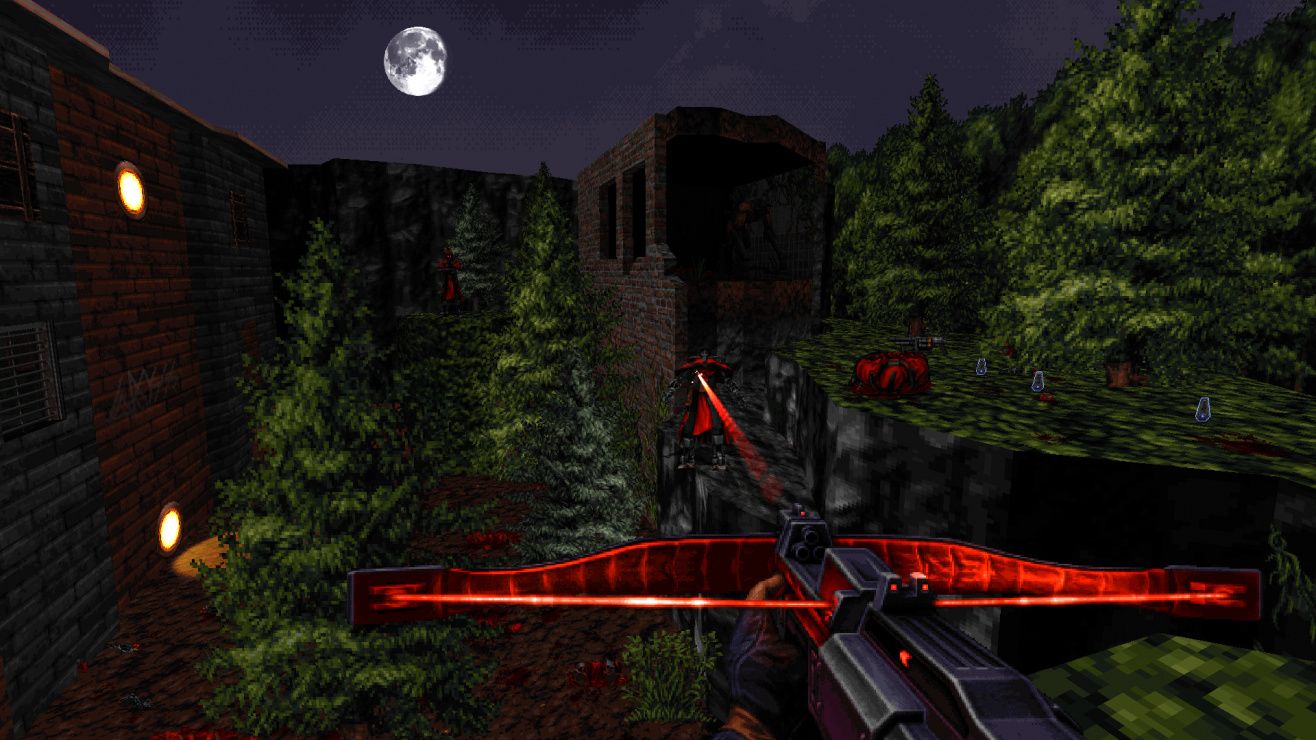 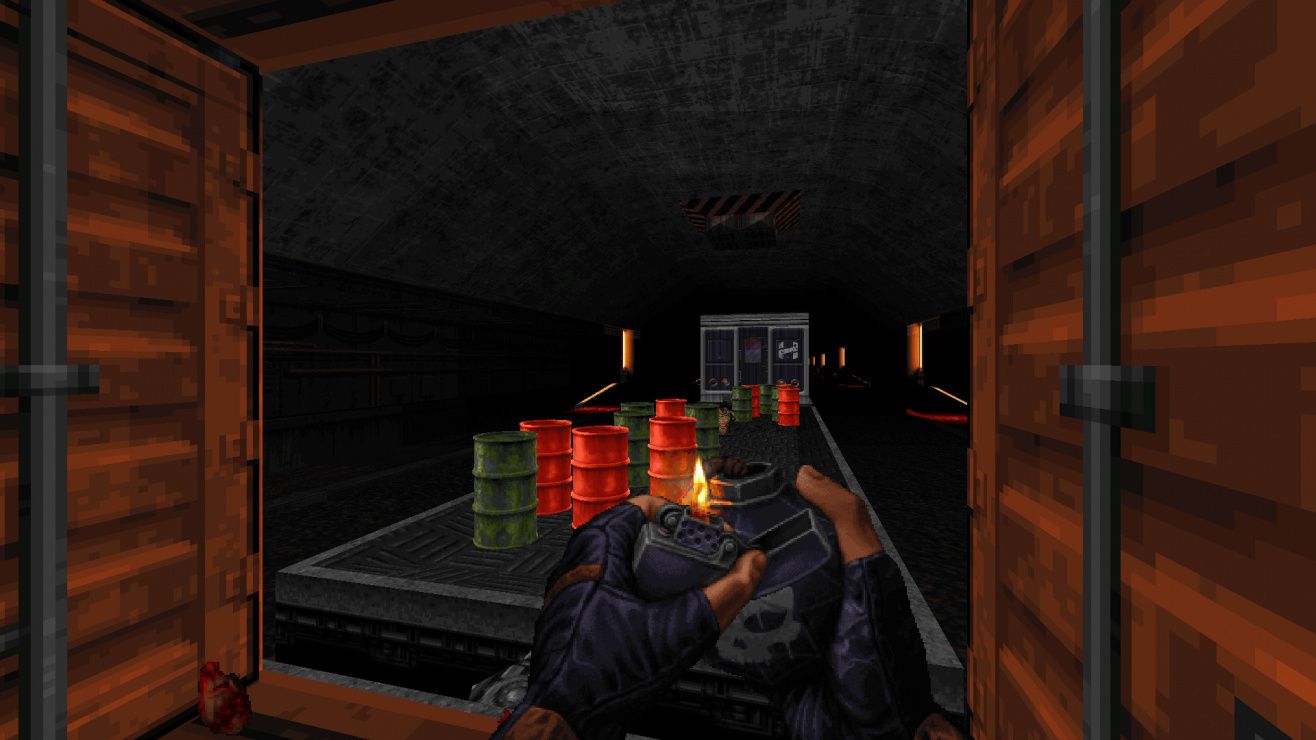 PC Steam action fps violent retro cyberpunk female gore
While Shelly “Bombshell” Harrison earned her codename defusing bombs for the Global Defense Force, when evil transhumanist mastermind Dr. Jadus Heskel unleashes the members of his cybernetic cult onto the streets of Neo DC, she knows it’s time to start causing explosions instead of preventing them. Her quest to slay Heskel leaves a trail of carnage throughout huge, multi-path levels filled with gigantic explosions, more secret areas than we can count, and inhuman foes behind every corner. There’s no regenerating health here; stop taking cover and start running and gunning. Shelly’s crusade to take down Heskel’s army will see her leave destruction in her wake with a wide arsenal of weapons, complete with alternate fire modes and different ammo types. Her signature revolver, the tri-barreled Loverboy, brings enemies pain and players pleasure with both single shots and Old West-style hammer fanning action. Who needs a regular shotgun when you can load buckshot into your grenade launcher? Violent, over-the-top Bowling Bombs rip enemies apart with ease.
Share Share Share
Promote for 50G

Hail to the Queen baby!

This isn´t just "another boomer shooter."
Among masses of straight-corridor/dumb-IA/regenerative health shooters, Ion Fury stands out as an amusement park that allows for a ton of gameplay flexibility and experimentation. Variables like timing, precision, positioning, distance, and understanding enemy behavior actually mattered during combat. Plus Shelly is an actually charismatic character, not just a pair of floating hands. Valerie Arem totally nails it.
I´ve heard many negatives about the "lackluster" arsenal of this game, and I was worried because it seemed to be true initially. Part of this suppossed weapon mediocrity has to do more with the (let´s face it) uninteresting designs of most of them and the unintuitive key bindings, rather than the weapons themselves. So I changed the inputs to have everything closer to the WASD (1, Loverboy; 2, Penetrators; 3, Disperser; 4, Ion Bow; 5, Chaingun; Q, Bowling Bombs; Tab, Clusterpuck; F, Electrifrier; C, medkit; V, radar), then I added the Ion Uzi and Ion Shotgun (credit: YijArt) mods for good meassure.
Suddenly, everything came together. I was setting up traps with the Clusterpucks or using them against large groups, checking corners for ambushes (or simply attacking from safety) with Bowling Bombs, doing trickshots with the grenade launcher, going full Rambo with the SMGs or letting the damage over time do the job for me, sniping and counter-sniping with the Loverboy and the Ion Bow, dueling enemies with the shotgun or simply spamming the Chaingun... it was awesome. Then add map complexity, enemy variety, and power ups, and you have layers upon layers to shape combat in any way you want to.
It truly felt like the player´s own skill and creativity are the only limit, exactly how it should be.

I could see why Iron Maiden felt threatened as this is better than anything they've put out recently.

I was between Cyberpunk 2077 and this game. I'm not disappointed.

If you love FPS and exploring, this game is a no-brainer, it has everything you can ask. OST, enemies, pacing, ton of levels and incredibly detailed (being a really long campaing), frenetic combat, even a sh*t ton of secrets/easter eggs and horde mode.