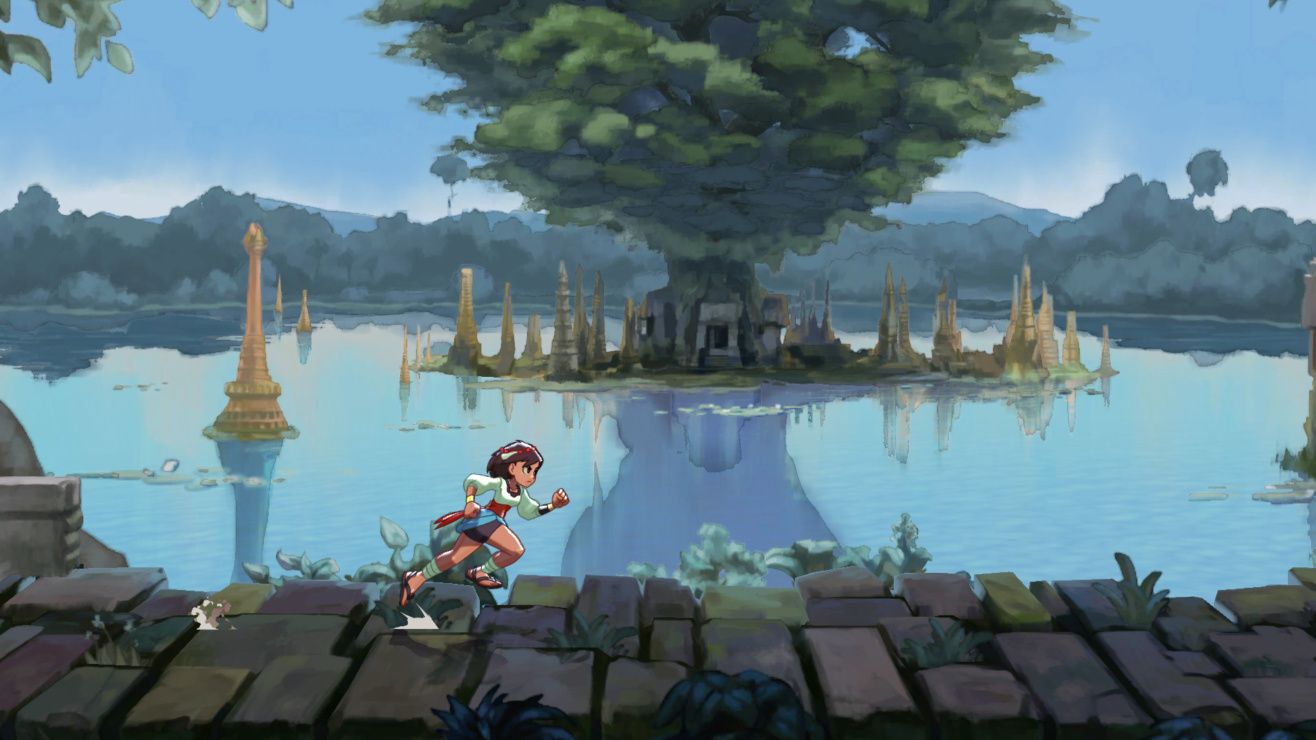 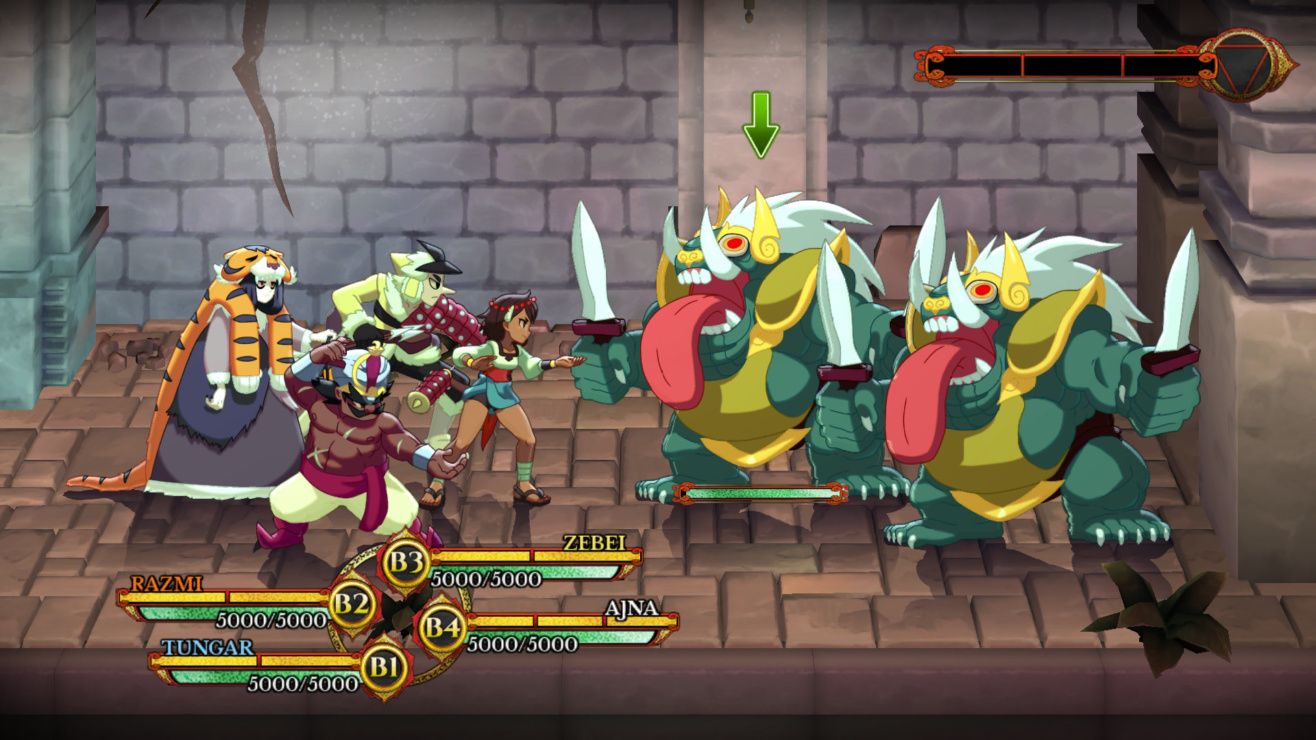 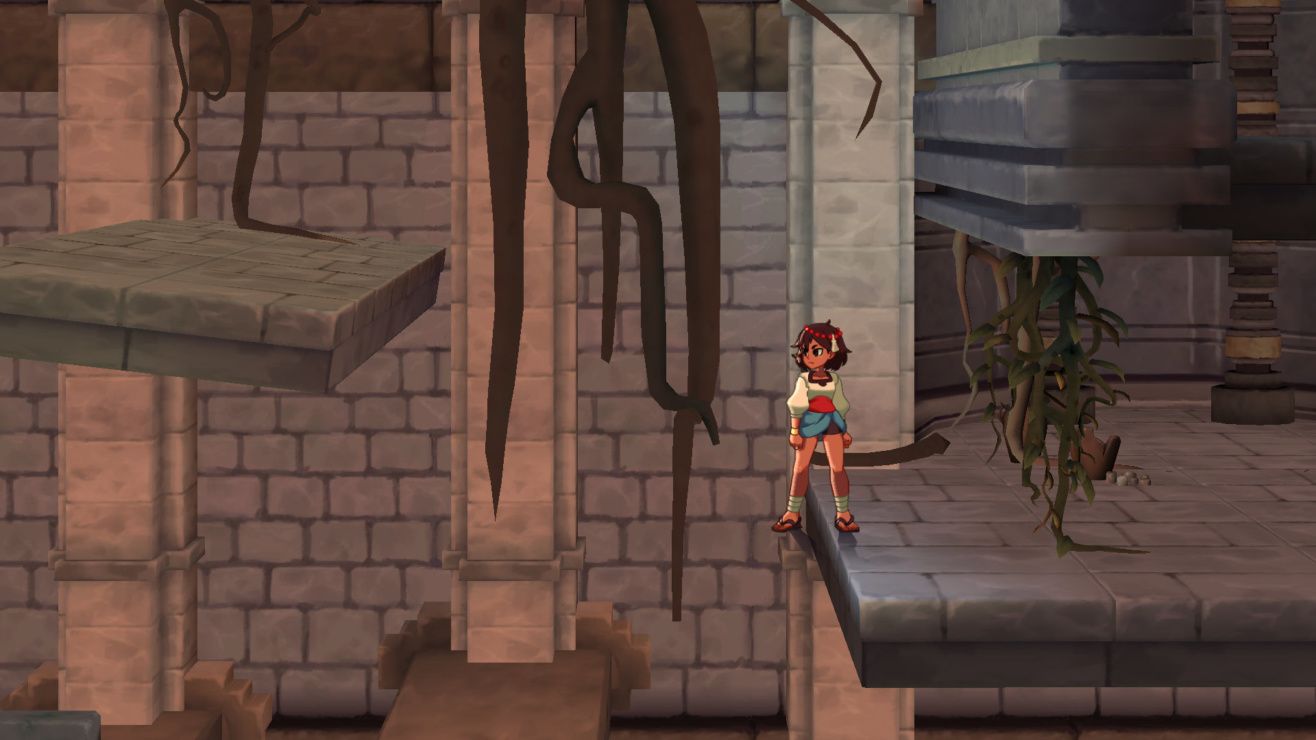 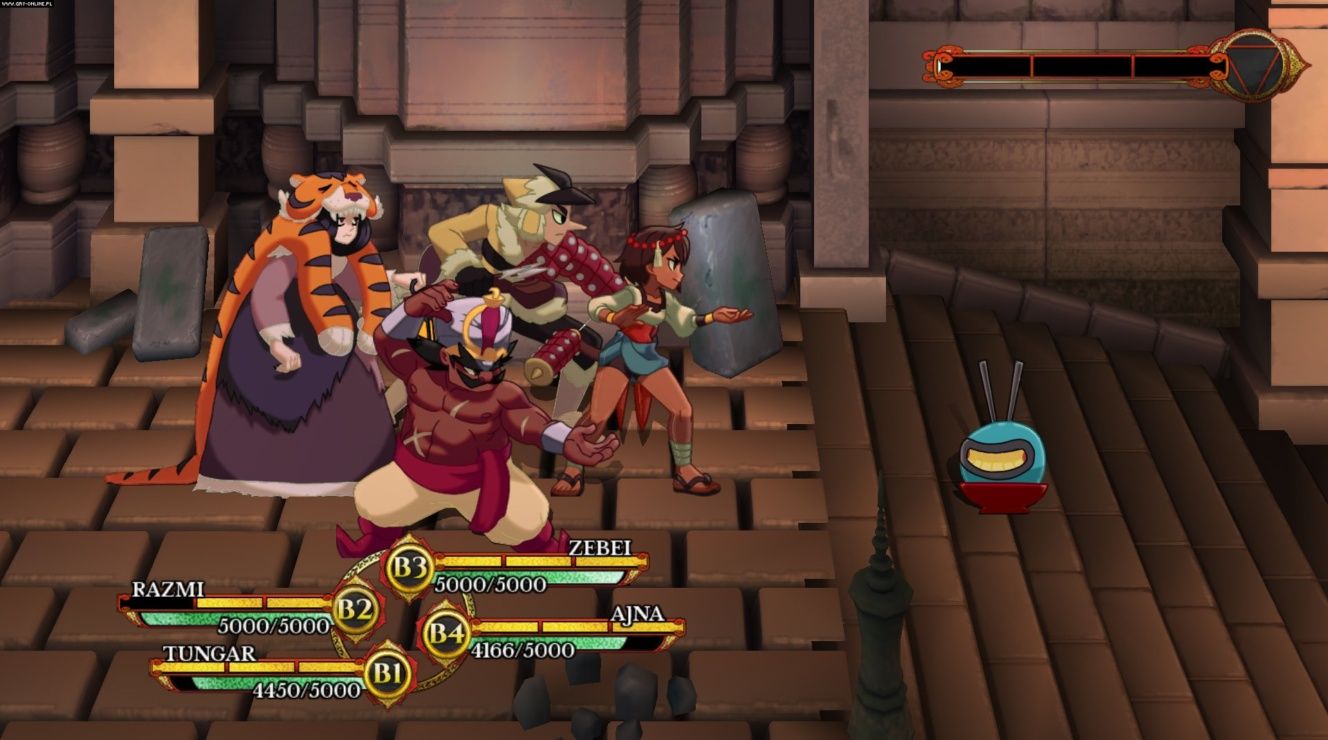 PC Steam Console Playstation action Xbox indie rpg platformer single-player
Indivisible is an action RPG / platformer featuring stunning hand drawn art and animation combined with unique real-time combat mechanics. Immerse yourself in a fantastical world with dozens of playable characters, a rich storytelling experience, gameplay that’s easy to learn but difficult to master, and the trademark razor-sharp quality that Lab Zero Games is known for! Our story revolves around Ajna, a fearless girl with a rebellious streak. Raised by her father on the outskirts of their rural town, her life is thrown into chaos when her home is attacked, and a mysterious power awakens within her. Throughout Ajna’s quest she’ll encounter many “Incarnations”: people whom she can absorb and manifest to fight alongside her. By uniting people from faraway lands, Ajna will learn about herself, the world she inhabits, and most importantly, how to save it.
Share Share Share
Promote for 50G

I didn't have the greatest expectations for this game, since I wasn't much into Skullgirls or any 2D fighter. So I only knew about the developer's "sprite porn", which is fair to say given the effort required for 2D sprites of this quality.
Gorgeous spritework aside, I really liked the whole Valkyrie Profile-esque combat. The platforming seems satisfying enough to please the secret-loving types while keeping it simple for newcomers, especially the no-direction-required wall jumping.
It is a shame that, due to certain internal conflicts among the developers, the game could not see it's 100% glory. It's really sad to see a couple of characters in the beautifully animated opening cutscene not show up at all in the game.
Yet, incomplete as it may seem, as I put down my controller and I gaze upon the ending sequence and the credits I just felt...complete. It was such a wholesome experience that only a select few games have given me so far. Sure, it may not be perfect. I don't think any game is, really. But It almost felt...familiar. Nostalgic, perhaps.
Wholesome. Perhaps that's the best term to be used here. No edgy plot elements, no mindless romance subplots, no government disputes between countries, no need for a cyberpunk setting or a crime-filled society. Just a wholesome fantasy coming-of-age story.
Nothing outlandish or extraordinary. But, maybe, that's exactly what I had been looking for when I bought it.

I recommend Indivisible as a game, but there are other factors outside of the game itself you may want to consider.
Pros:
++Amazing art style. Characters look great, animations are solid, and there are nice touches in the environments and backgrounds that make the game a treat to see. Side characters are often interesting with hidden references and parody throughout including a Zone reference?!
+Effective and well crafted score.
+Character diversity that felt core to the story, not tokenism.
+The main story is pretty good! No huge twists that I didn't see coming or anything, but still nicely put together.
+Not a ton of cut scenes but when they do show up they have a big impact.
+Some exceptional voice acting. Actually struggling to think of any character who was poorly voiced.
+Final boss fight is super rad with a lot of neat mechanics. Most of the other bosses are pretty good too.
+I thought the platforming was really good! Some folks seem to have problems with it but I felt right at home having played Hollow Knight, Celeste, etc. It's not -quite- as polished, but still quite good. There is a hidden area near the end of the game that feels a bit like the White Palace from Hollow Knight in fact. A course that is meant to be a culmination of all your learned skills to that point. It's followed by a horrible boss-fight but getting there is really most of the fun.
+Most achievements are fair and will mostly be unlocked through normal play.
Cons:
-The elephant in the room, it turns out the director at the developer studio was a big creep who allegedly sexually harassed and bullied people and helped cause the studio to self-implode. It looks like the publisher has distanced themselves and whatnot but the taint of this is still there. As a result, there will be no more support for the game so bug fixes and promised characters will never be released. Actually the last part isn't so bad because...
-There are WAY too many party members for a game like this. I hardly used most of the characters and sometimes they would pop up for conversations with me hardly remembering who they were. I found my preferred rotation of characters and, aside from the odd swap-out for specific bosses or story moments, I stuck with the same party throughout almost all of the game. Because of this, most battles become dull as you repeat the same moves over and over, changing every now and then in case the enemy uses a shield.
-About 2/3rds of the way though the game, if you want to complete the optional affinity missions, get ready for a TON of backtracking. Like, even more than a typical Metroidvania, in part because warp points are very sparsely placed, and even those are often in unhelpful areas. A lot of the shortcuts don't make sense or aren't helpful as well.
-The (menu) map is hot garbage. There are so many areas that look like they should connect based on the map but it's wildly inconsistent if the map is accurate or not. Sometimes quests appear, other times they don't. Quest markers appear where nothing exists, etc. In fact the game is overall...
-A bit buggy. Enemies disappear sometimes. An optional boss disappeared so I was locked out of recruiting a character.
Meh:
=Most of the affinity missions boil down to "go back through a level, then fight a mini-boss you'll probably defeat before they take a turn". Extra content isn't a bad thing but it's mostly padding.
=Very little in the way of tutorial information. The game is easy enough to pick up on, but even a few extra lines regarding some of the mechanics would have been nice at the start. Hell, I got most of the way through the game before I figured out the Iddhi meter could be used for something besides resurrecting your party.
=There is really only a single collectible item type in the game, leading to streamlined, but possibly over-simplified RPG elements.
Overall, Indivisible as a game is a not-quite-perfect but very enjoyable and solid endeavor. You can tell there was a lot of time and passion spent on crafting this game. It's sad that the external factors must be considered, but that's for you to decide if it would prevent you from getting this game, and it's hard to downplay the involvement of hundreds of folks in this labor of love.
Full disclosure, I ended up getting the game a part of a certain charity bundle and before I found out about the backstory, so it's hard for me to say if I would have gotten this game otherwise.

tl;dr: Catch Indivisible on sale.
A peculiar but creative game by Lab Zero to succeed their more focused creation Skullgirls. Indivisible is a platformer/turn based fighting game, the first of its kind: you explore the world with jumps, but when you make contact with an enemy a turn based combat system initiates.
Hand drawn characters, vibrant environments, vicious and exaggerated combat animations, and enthralling soundtrack draw you into the game at first. The final half more than wears out its welcome by focusing on an extremely difficult platforming experience as well as tedious backtracking. It may be my fault for playing with a keyboard instead of a controller, however other reviews mirror my complaints. The story is adequate in that it kept me determined to finish the game and find out if Ajna saves the world instead of going outside to vent my platforming frustrations by smashing cars.

came for the cool looking combat, stayed for the awesome platforming, good story and characters.
it's not perfect but it was fun to see it through to the end. i would say the first half really had me going but the 2nd half was a bit weaker with too much backtracking and felt a bit rushed. overall, it was a great game and its shortcomings didn't take too much away from the experience

The game is not bad at all. In fact, it's amazing. The gameplay is somewhat a mix of Metroidvania exploration with the battles that remind me of Namco x Capcom, Project X Zone, or Super Robot Taisen OG Saga Endless Frontier as examples. It's absolutely a blast if you love those kinds of games.
The story, so far, is very engaging and interesting. The characters interact with each other very naturally. The characters themselves are designed excellently with amazing animations as well.
Everything seems to be just on point for a game that is meant to be played in this fashion. It does not feel sluggish or slow. In fact, battles are fast paced and exciting. It's fun getting combos with different combinations of characters and seeing how much you can juggle! Platforming is excellent and feels amazing.
If you are interested in Indivisible, make sure you know what you're getting into before purchasing it. I'm honestly not too sure why this game has received very mixed responses, but I believe this game is very underrated. It should be talked about and enjoyed more. A high recommendation from me!