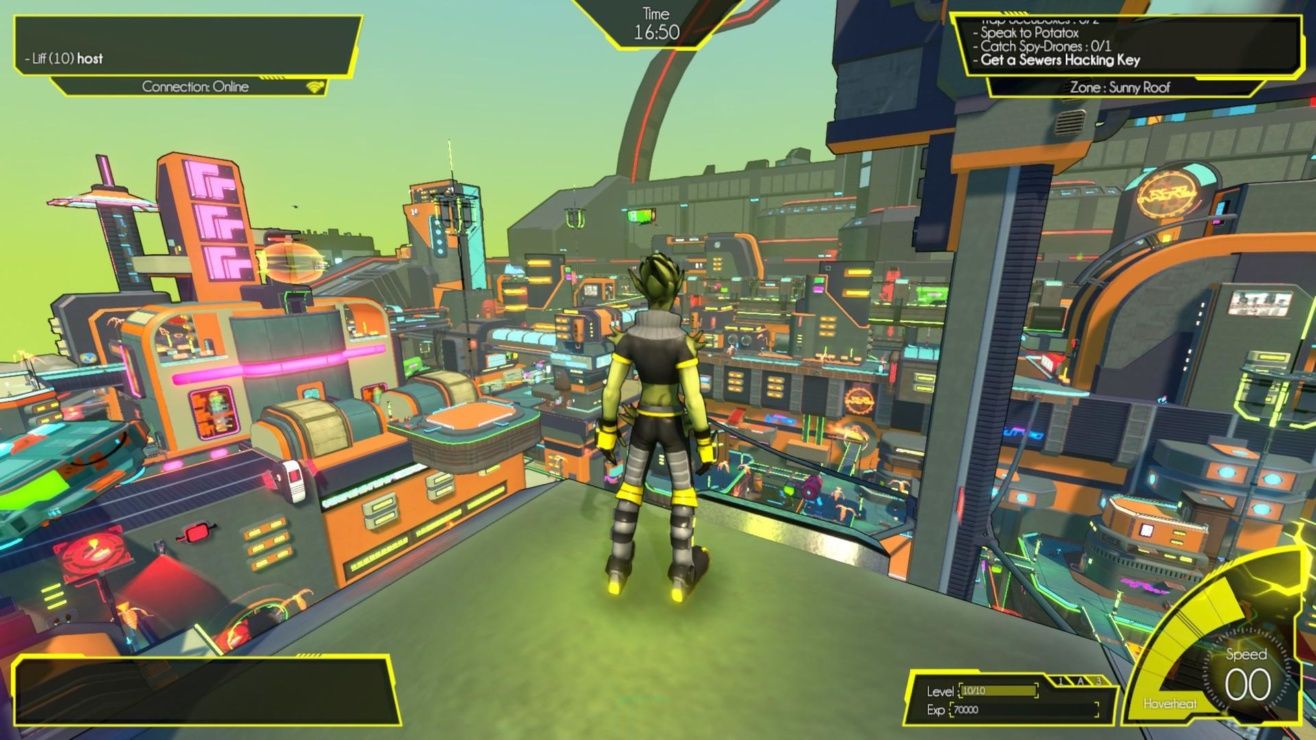 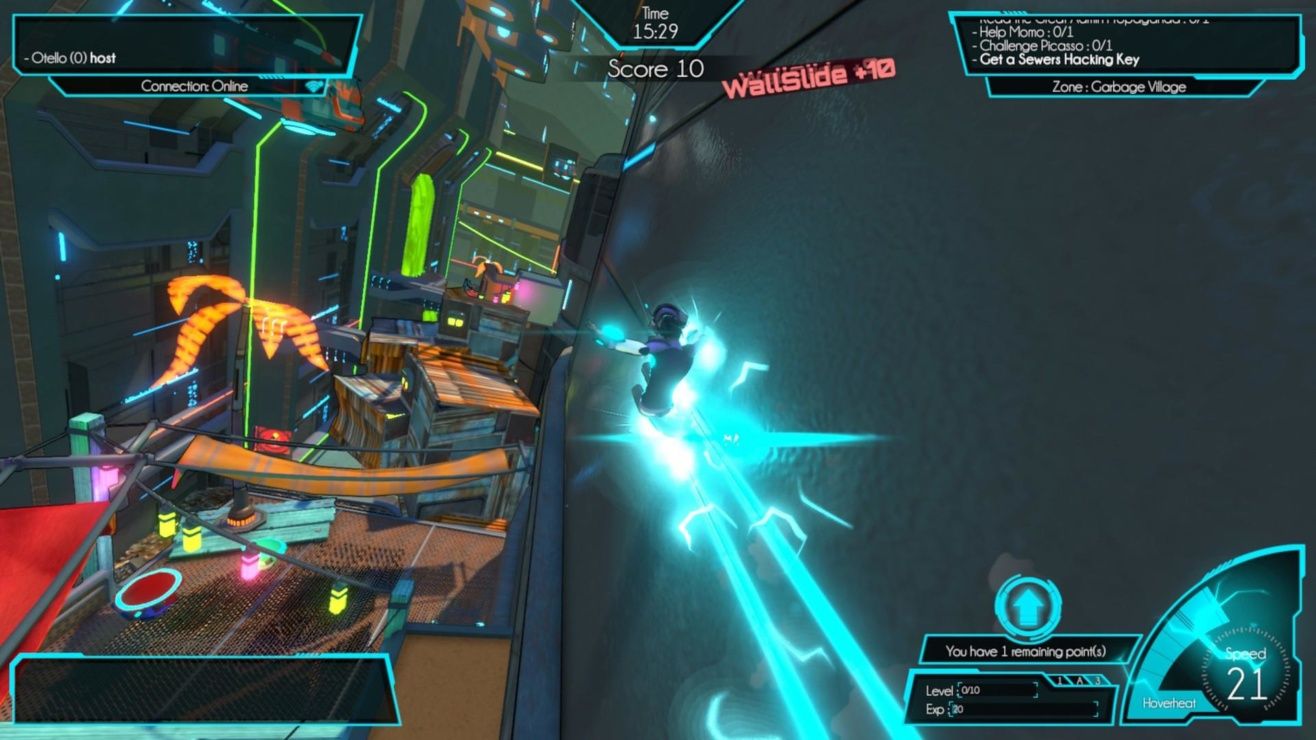 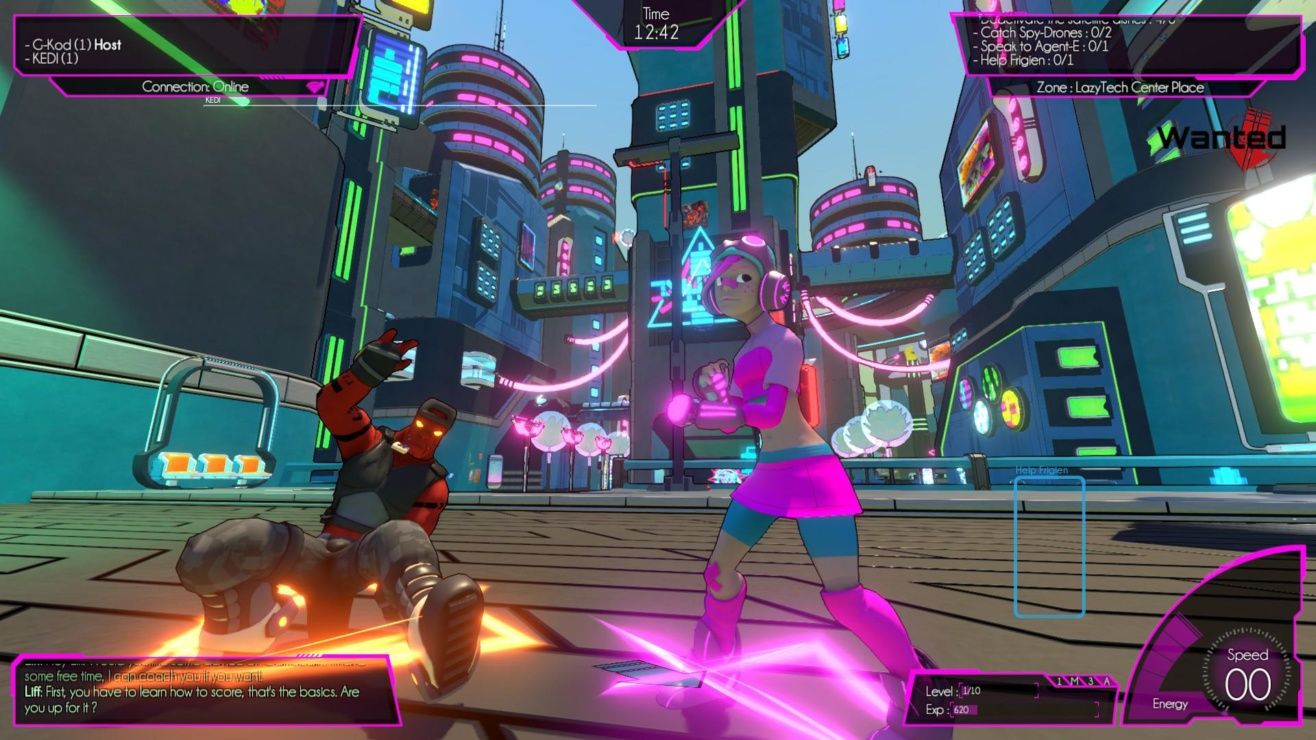 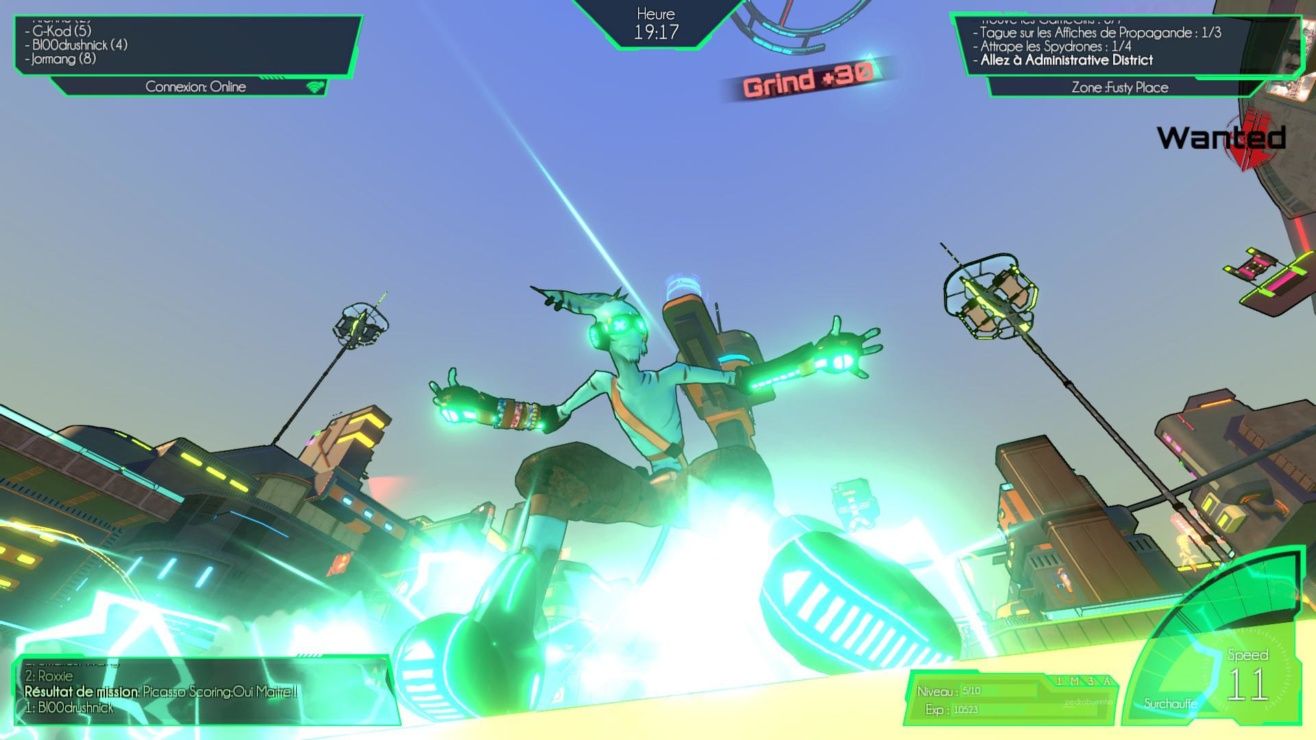 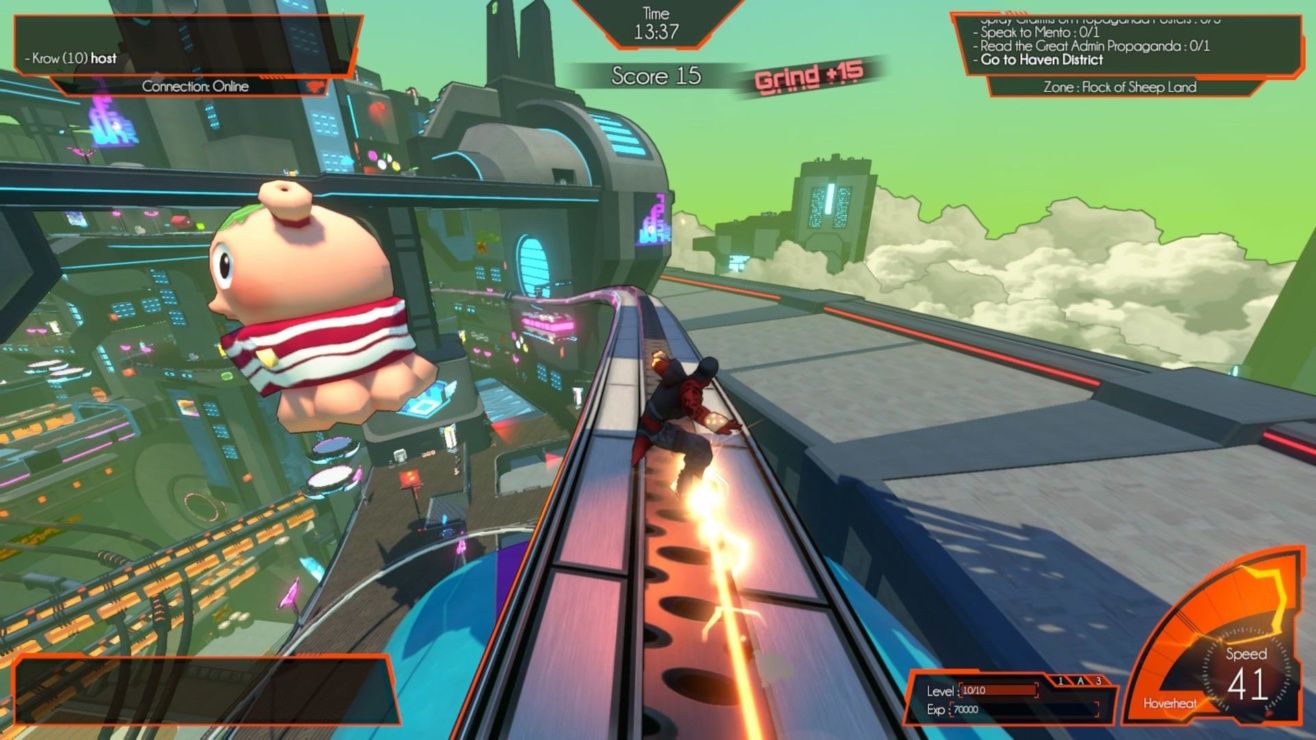 PC Steam Console Playstation action Xbox adventure Nintendo multiplayer platformer sci-fi co-op colorful cyberpunk parkour
The game takes place in ECP17, a high-tech city also called Hover City by its inhabitants and located on a distant planet. The Great Admin cut the communication with the Galactic Union and established a strong dictatorship. Having fun has become illegal and entertainment is banished. You're in charge of a team of young rebels, the Gamers, fighting against the new anti-leisure laws oppressing the city. Equipped with high-tech gears allowing amazing jumps and speed, they roam the city to sabotage the propaganda, help citizens, and find a way to reach the Orbital Station. This way they could warn the Galactic Union and put an end to the oppression.
Share Share Share
Promote for 50G

Hover is one of the best games that I have ever received as a gift from a friend!
Such an amazing game, everything looks and feels so visually appealing, the entire game can be played single player or co-op and you can swap any time without losing data, the soundtrack is phenomenal and will definitely put songs in your head that get stuck there for days, the wide variety of unlockable characters are all very diverse from one another with no two individual characters sharing the same base stats, the game's community is legitimately the nicest community I have ever met in an online game, and last but certainly not least if you join their Discord you can get an "unofficial patch" that was worked on by some of the devs and installing this patch will add 2 more characters among many other minor adjustments to the game.
It's a shame that this game did not reach it's full potential due to the devs not reaching their initial Kickstarter goal, and more importantly no longer having the rights to work on this game officially, but it doesn't change the fact that this game is a masterpiece.

Alright, so I got this game on my birthday in 2018. I have had a blast with it ever since. Its beautiful cities to its sticky sewers, has been the best 2,000 hours i've ever had. The story is short, so you can beat it in a matter of hours. Having friends to play with you makes it go even faster. Leveling in this game is also not hard. The chips which you use to upgrade you character can be a little hard to figure out how to combine them to make the style you want, but with alittle time you can figure it out. This game has its bugs and glitches like glitching through the wall if you try hard enough. Also a couple things in the maps aren't done right, play long enough and you wont notice them. About 1,880 hours of my time on this game has been me listening to music and spacing out so if you like a game to just dink on this is perfect. The price of the game is decent for it aswell so theres that. All in all if your one of those people who like what i have said in this review, buy it. If you don't want to, don't. Im not your mom, this is all just my thoughts and opinion. Have a wonderful day. P.S. the soundtrack is awesome.

I played a ton of this game.
I enjoyed most of the experiences I had with it
The mission and story modes make up a good amount of content in the game. If you get bored of the premade races and missions you can play community made content from the workshop.
The game looks nice with its bright neon style, if not sometimes hard on the eyes.
Movement in Hover feels nice, and the maps move you move with the flow.
Once you have done everything you can experience in singleplayer, you may want to interact with the community Hover and play with other people. My experience with the multiplayer has given me most of my hours on this game, but once you have reached your peak and burn out on it, you don't see much of a reason to come back to it.
My time with Hover can be summed up as -it was fun while it lasted-

The night I brought this game I played it for 12 hours straight... That should say something. Grab a blunt and forget life for a bit ^^