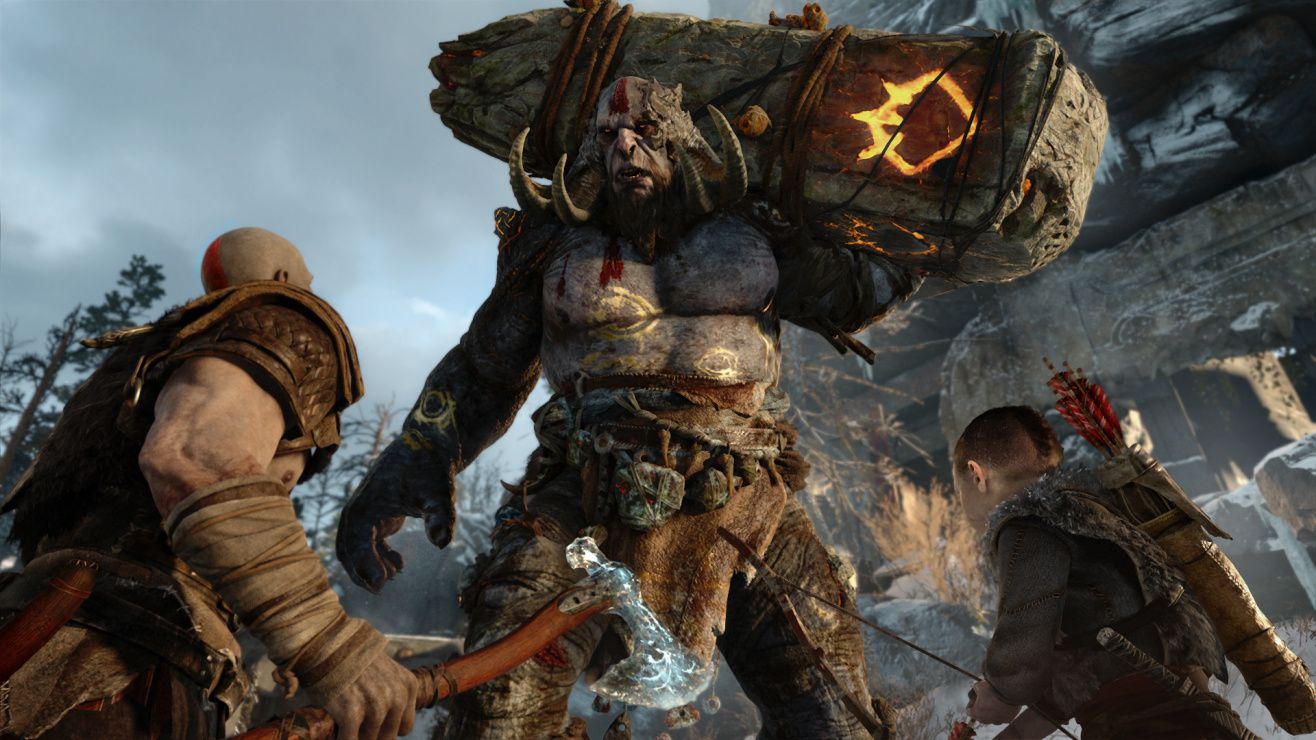 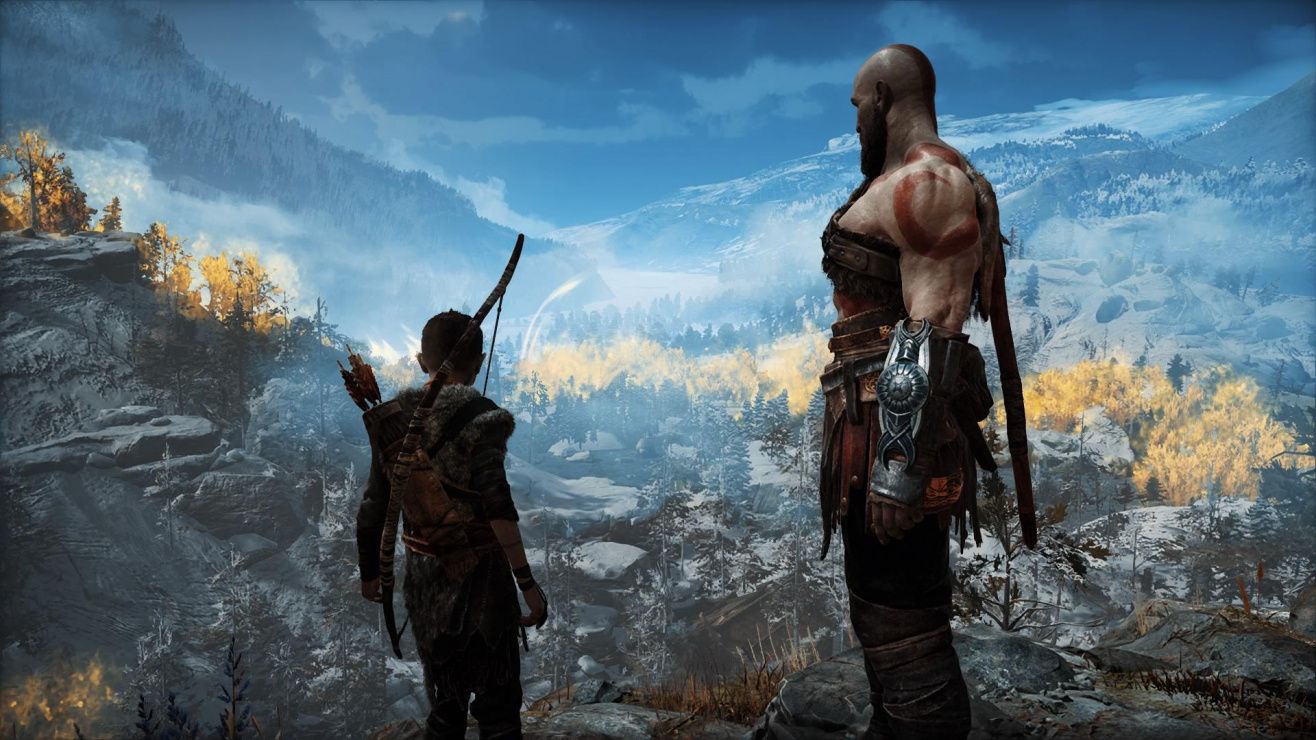 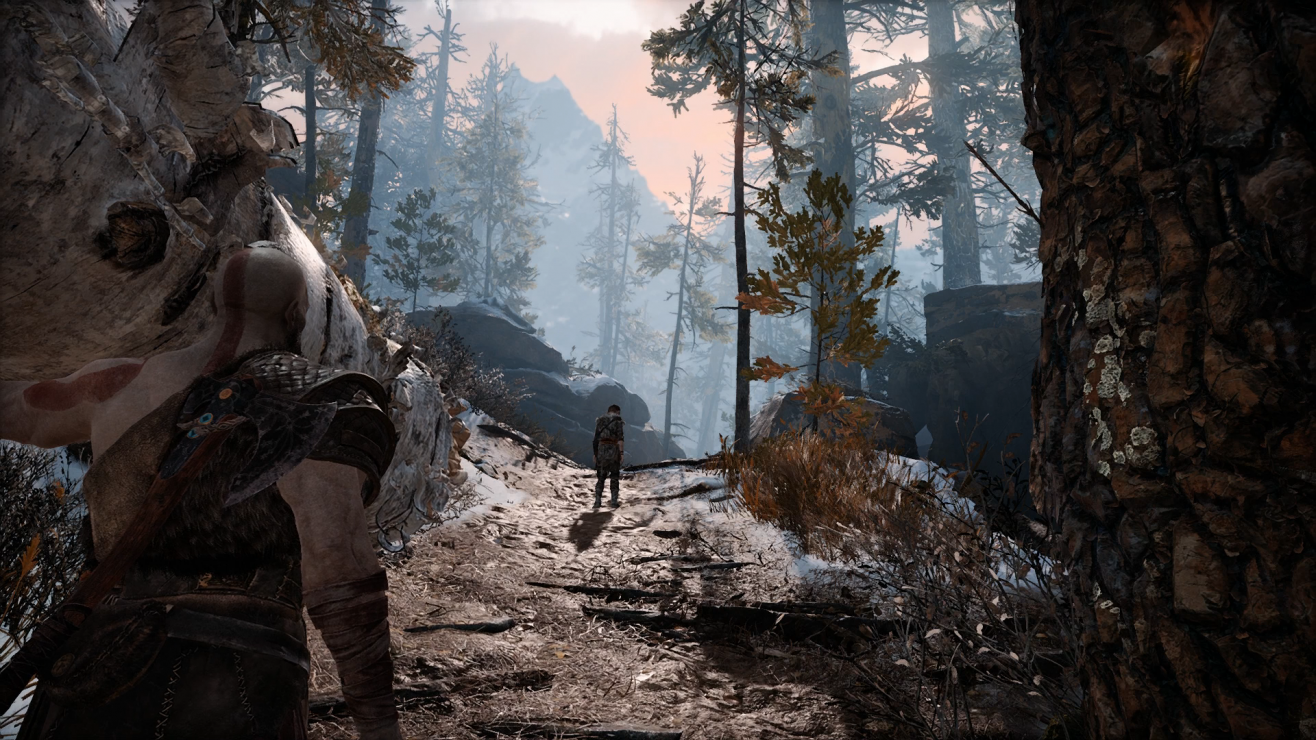 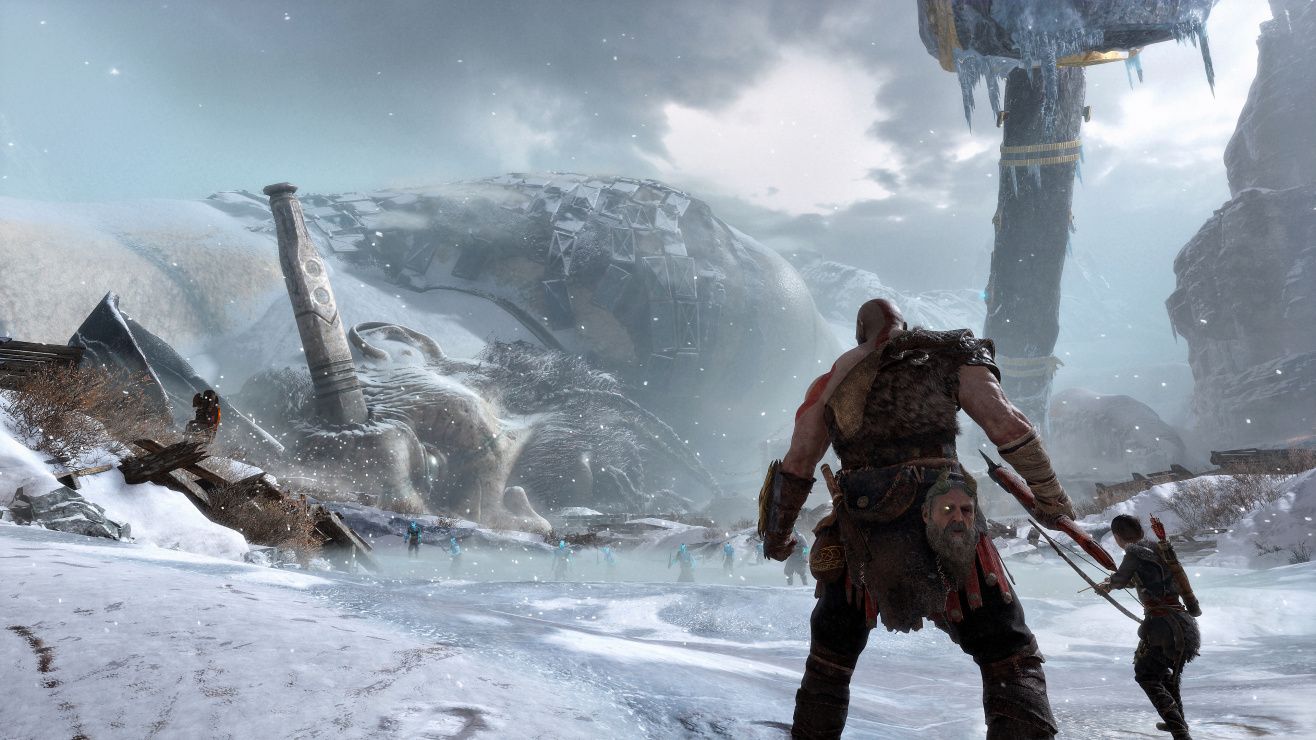 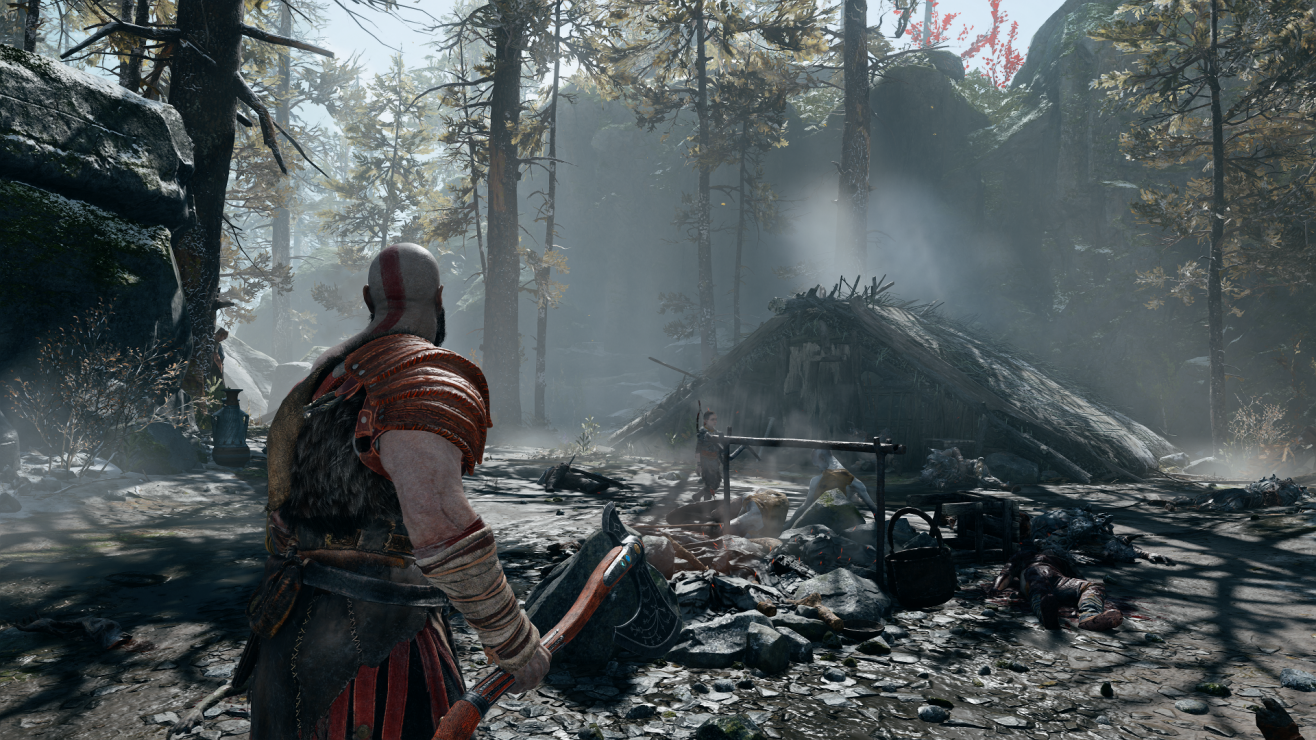 PC Steam Console Playstation action adventure singleplayer story open world slasher mythology gods axe
Bold New Beginning His vengeance against the Gods of Olympus years behind him, Kratos now lives as a man in the realm of Norse Gods and monsters. It is in this harsh, unforgiving world that he must fight to survive… And teach his son to do the same. A Second Chance Kratos is a father again. As mentor and protector to Atreus, a son determined to earn his respect, he is forced to deal with and control the rage that has long defined him while out in a very dangerous world with his son. A Darker, More Elemental World From the marble and columns of ornate Olympus to the gritty forests, mountains, and caves of Pre-Viking Norse lore, this is a distinctly new realm with its own pantheon of creatures, monsters, and gods. With an added emphasis on discovery and exploration, the world will draw players in to explore every inch of God of War’s breathtakingly threatening landscape—by far the largest in the franchise.
Share Share Share
Promote for 50G

God of War is truly a game of the decade. Unique story involving both Scandinavian and Greek Gods, great animations, hard enough gameplay - all these words don't describe even 1% of the real experience. Because it is such an atmospheric masterpiece!

It's rare to see this much polish (on a console to PC port) right out of the gate. Sony has really put a lot of time and effort into making sure that this game was ready for release. It is even equipped with DLSS and FSR right "out of the box", which really shows that Sony are treating PC gamers to a level of optimisation rarely seen from other developers (cough Rockstar). Jumping into Ultra settings gets you the visual upgrade you would expect to see on PC over console. While the story and controls are as solid and intuitive (respectively) as they were on console. This is really the best version of the game available, and I look forward to seeing more Playstation titles being ported to PC by Sony. If this is the bar, they set it high!

No extra launcher? No signing into a Bethesda account in order to play? No exclusivity for a year on the Epic store? It's almost like Sony delivered us exactly what we wanted. Absolutely loving it and kudos to the publisher and developer for giving us this formerly console exclusive.

No additional account, no unnecessary launcher, no denuvo, no epic exclusivity, no microtransactions, just a video game as it always should be.

Hey Sony! I heard you like money? Well, I got some. Let's make a deal; You give us Spiderman, Miles Morales, TLOU 1/2, Ghost of Tsushima next and you can have my money. What do you say?
Edit: A lot of people got mad that I didn't bloodborne to the list, so here it is.

Here's the money. Now give us:
Bloodborne
Spider-Man games
The Last Of Us 1 and 2
Uncharted 1,2,3
Ghost Of Tsushima
Ratchet and Clank
Demon's Souls Remake,
Shadow of the Colossus
Returnal
Moar newer releases
We buy games on Steam we don't play so we can wait while playing the backlog, just keep releasing your games in this state for PC, good job!

Absolutely amazing port! I already played this game on PS4 back then, so i know what to expect, so this was more of a review of the PC port. I have a high end PC, and was worried it would still be rough, but i am easily running this at 1440p Ultra 90fps+.
As for the game, the story is incredible, world is gorgeous, characters are very well done along with their voice acting. The combat is intense, and brutal. The music is incredible as well. This game is a masterpiece, that should be played by everyone. Use DLSS if you need better fps, cause they did a good job supporting that.