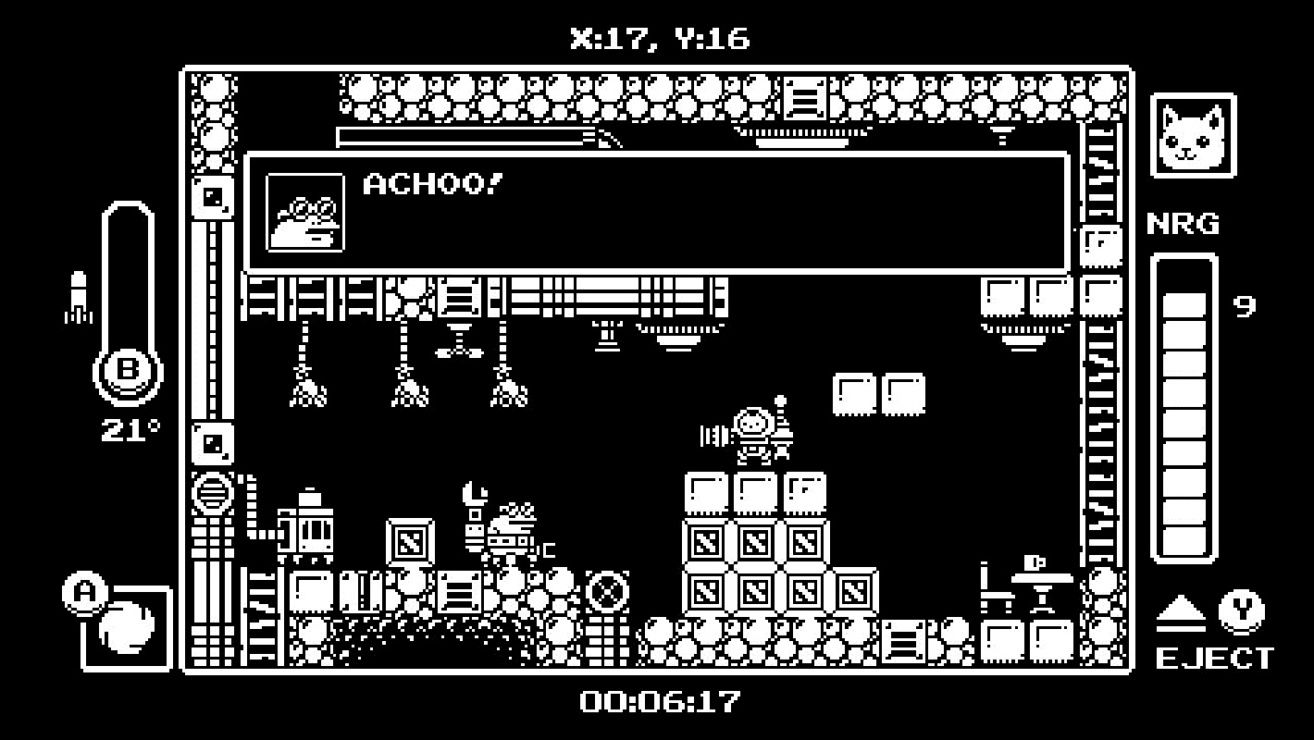 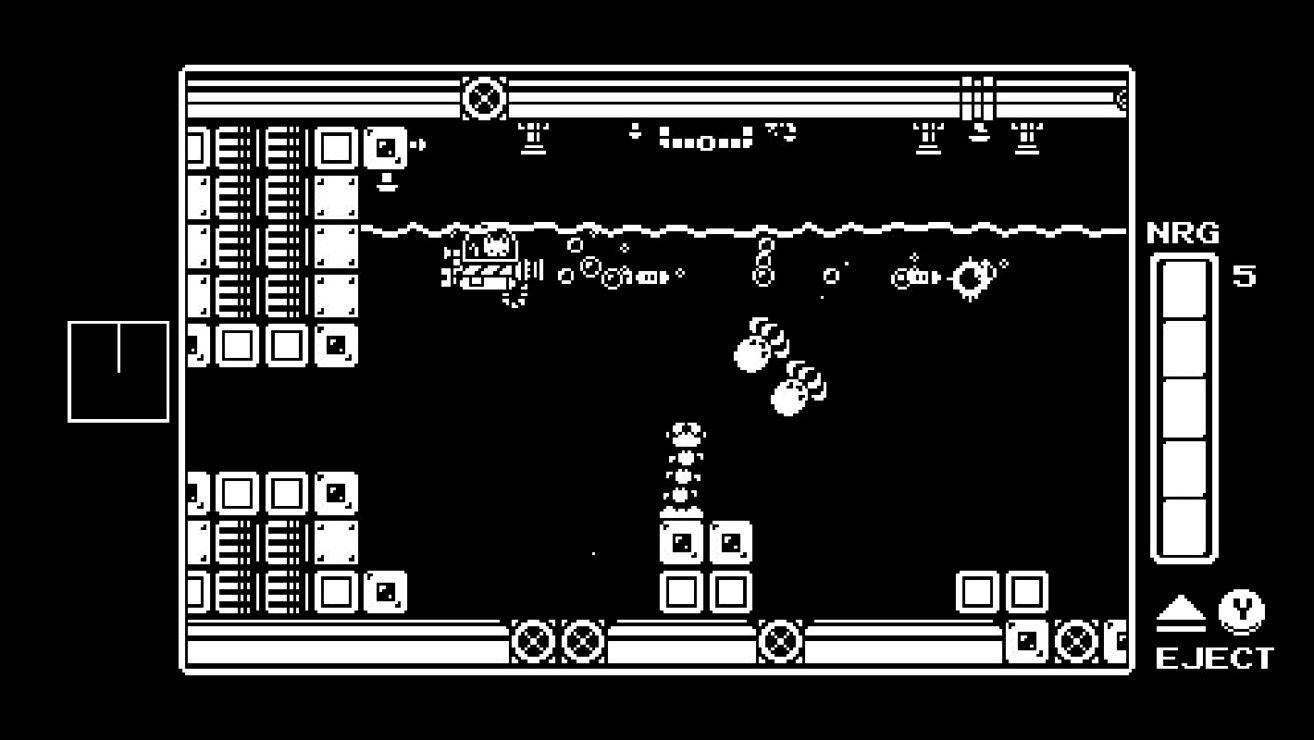 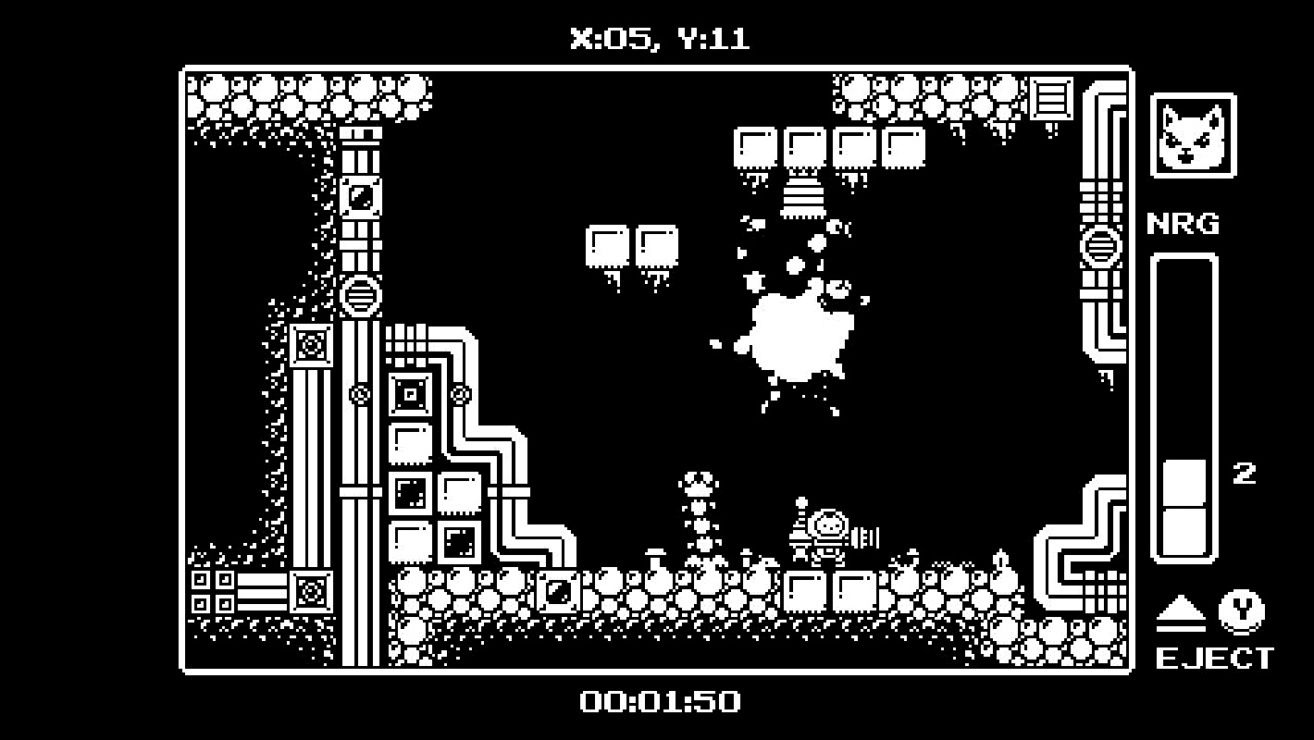 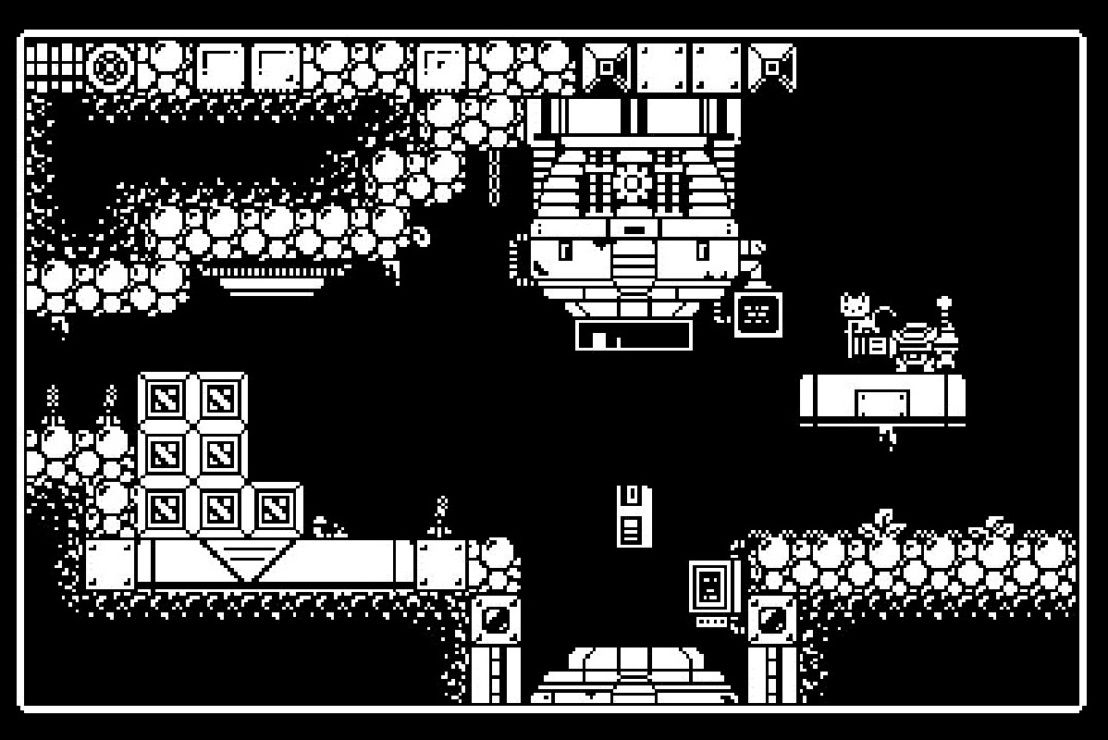 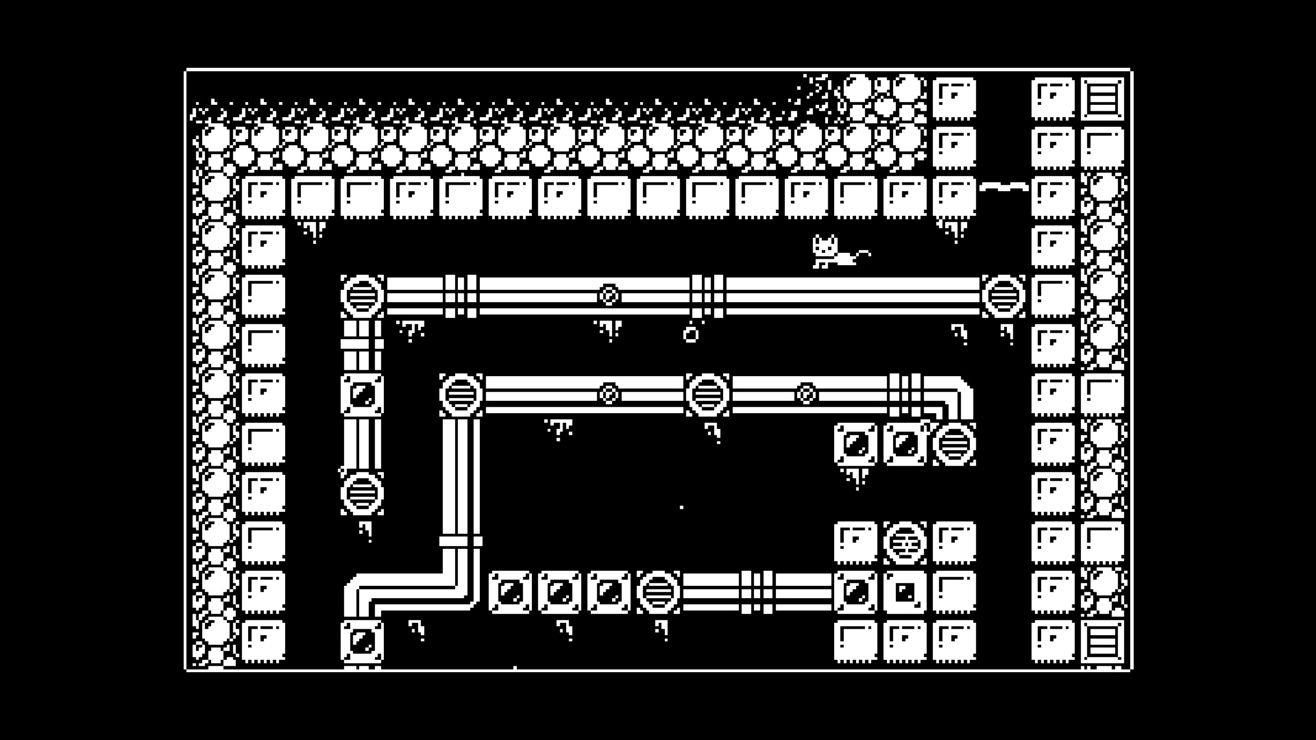 PC Steam Console action indie adventure Nintendo platformer 2d retro metroidvania cute
Pounce inside of your cozy armored mech and set off on a dangerous trek through an alien underworld full of irritable creatures and treacherous obstacles in a valiant effort to save your stranded captain and his crashed spaceship. Tiptoe outside the friendly confines of your technological marvel and follow your feline instincts through tight tunnels and mysterious waterways to scavenge for new weapons and gear. Adventure awaits the most curious of cats in Gato Roboto! Explore the underground labyrinth of a deep space outpost and uncover the dastardly deeds that unfolded before your arrival. * Blast and dash your way through enemies and obstacles in an agile mech suit to face the guardians stationed precariously throughout the base. * Cautiously venture outside the mech and risk all nine lives to explore areas inaccessible to your bulky, mechanical armor. * Discover secrets abound and gather new weapons and items to help open up new areas on your journey through dozens of handcrafted environments.
Share Share Share
Promote for 50G

Byte sized review
Close encounters of the Kiki kind
Graphics
4/5 - Gato Roboto employs a monochrome palette with large chunky pixels to great effect. Games that often do this stradle a dangerous line because in many ways it could end up limiting your audience. I have seen and read many people dismissing reviews that are positive around the game simply because the graphical style doesn't appeal to them. Sure we all have different tastes, but in a sea of metroidvanias - which seems to be the indie developer go-to genre alongside rougelites - the graphics certainly help this one stand out.
Performance / Bug & Issues
5/5 - None whatsoever here. Gato Roboto ran perfectly, as I would have expected, with no issues recorded at all.
Story
8/10 - Gato Roboto's tongue is firmly planted in its cheek. From the offset this game is f**king hilarious. I laughed many a time and laughed hard. Gato Roboto starts out simple enough when a space captain named Gary and his cat Kiki answer a distress signal on another planet. On route Kiki the cat accidentally causes the spaceship to crash. With her human friend pinned down by the space ships debris, it's up to Kiki to unravel the mytery of the distress call. On route Kiki finds a mech armour suit and this is where things get even more comically absurd. Even though Kiki can only "meow", it's clear as daylight that she has a full grasp of the English language as her human companion directs her from the crashed spaship. The chitter-chatter between Kiki and Gary is a non-stop delight and often laugh-out-loud funny. When the real villain and the reason for the distress signal shows up, I dare you to try and keep straight face.
Gameplay
18/20 - Gato Roboto is short metroidvania and is a great game to get acquainted with the genre if you are just starting out. It's not particularly challenging and most players should be able to get through it without too much hassle. Boss fights are fun and verge on just the right side of difficulty given the games length. Controls are super precise, as one would expect for a platform based adventure.
Sound / Voice / Music
3/5 - Gato Roboto employs a more minimalist electronic soundtrack. While it didn't particularly stand out I did enjoy that most of the sound effects, from the firing off of rockets to jumping and landing in your mech suit which all have a suitably weighted sound to them. Also listening to Kiki "meow" at every command Gary dished out never got old and had this old grumpy gamer smiling constantly.
Replay value
3/5 - Not much replay value unfortunately. But given the price, the amount of fun I had playing the game and its suitable length that easily fitted into a weekends gaming session I certainly can't find room to complain here.
Fun Factor
7/10 - As a simple metroidvania, I believe Gato Roboto achieves everything it sets out to achieve. It was short, fun to play and most of all downright hilarious. I would love to see a more fleshed out game featuring Kiki the mech-suit wearing cat as this one feels more like a prototype, like developers testing out their audience and their response to it. I would certainly be down for that. I for one hope that Kiki gets more adventures because it would be a crying meow if this was her one and only.
Overall score
80%
Rating

My friend knows how much I love cats. He recommended the game.
I put my cat Titi to rest today and so I gave this game a shot. It did not disappoint.
RIP Titi.

basically 'metroid 2', but substantially shorter & easier. some effort was made to differentiate the gameplay; most notably, navigating narrow corridors is no longer done with the (now-absent) morph ball, and instead you're forced to leave the mech and run around as the cat.
the story meanwhile ranges from "serviceable" to "tortured and incoherent". it feels like an attempt to reverse-engineer a cat into the premise for 'metroid 2', but the result has no legs of its own so it's paired against a 'mega man' riff where the dr. wily analogue is recast as a bullied bioweapon researcher. honestly i feel like they just came up with the name 'gato roboto' then squeezed out a throwback game to fit it.
in conclusion, when you control the cat you can press a button to make it meow. 5/5 goty

Fun little metroidvania. Great art style and only around 3 hours on a casual playthrough.
Comes with a dedicated button for "Meow".

Very cool metroidvania. About 3 hours long and not too difficult. Fun for an evening adventure.