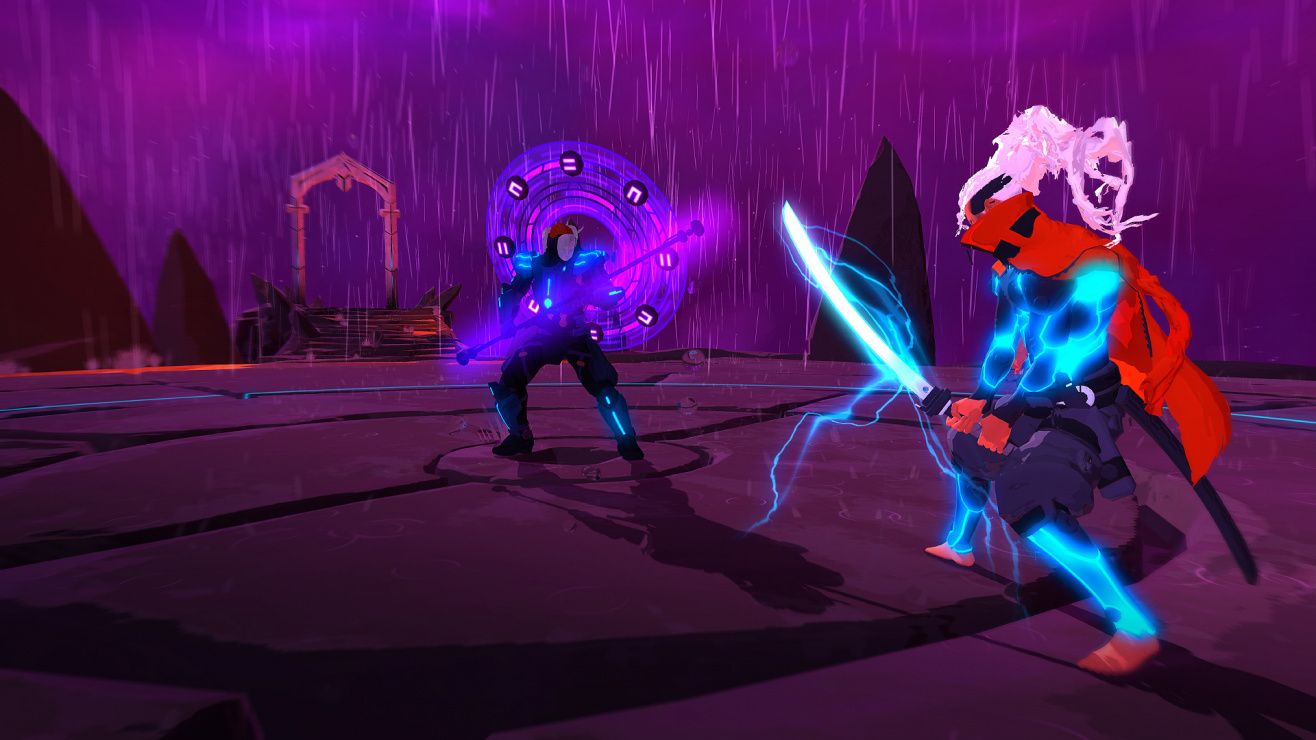 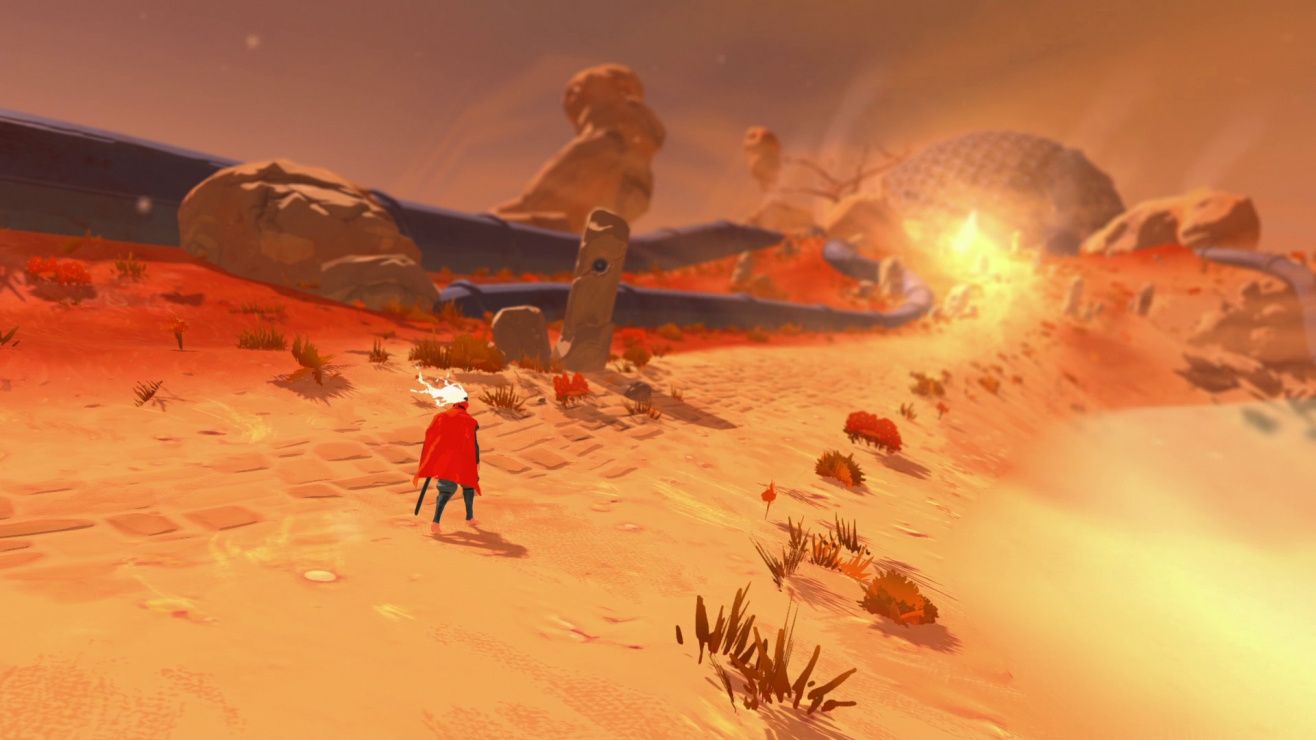 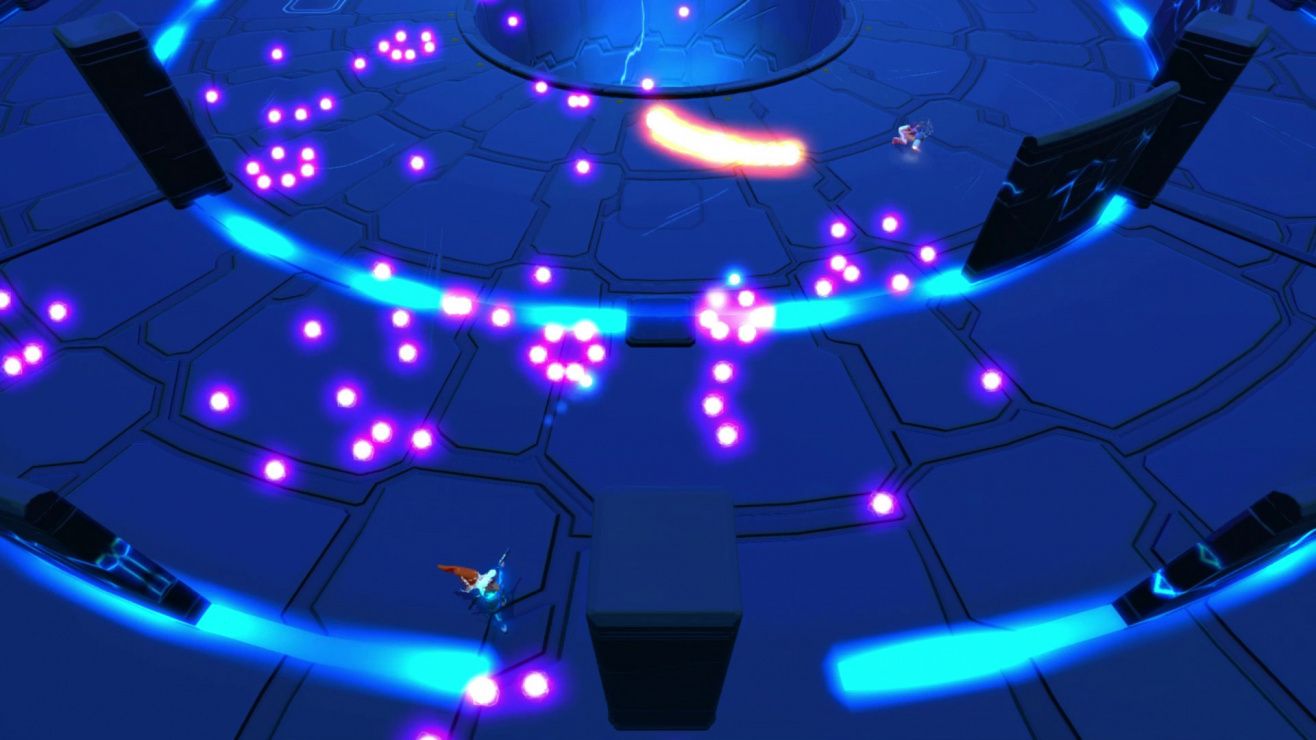 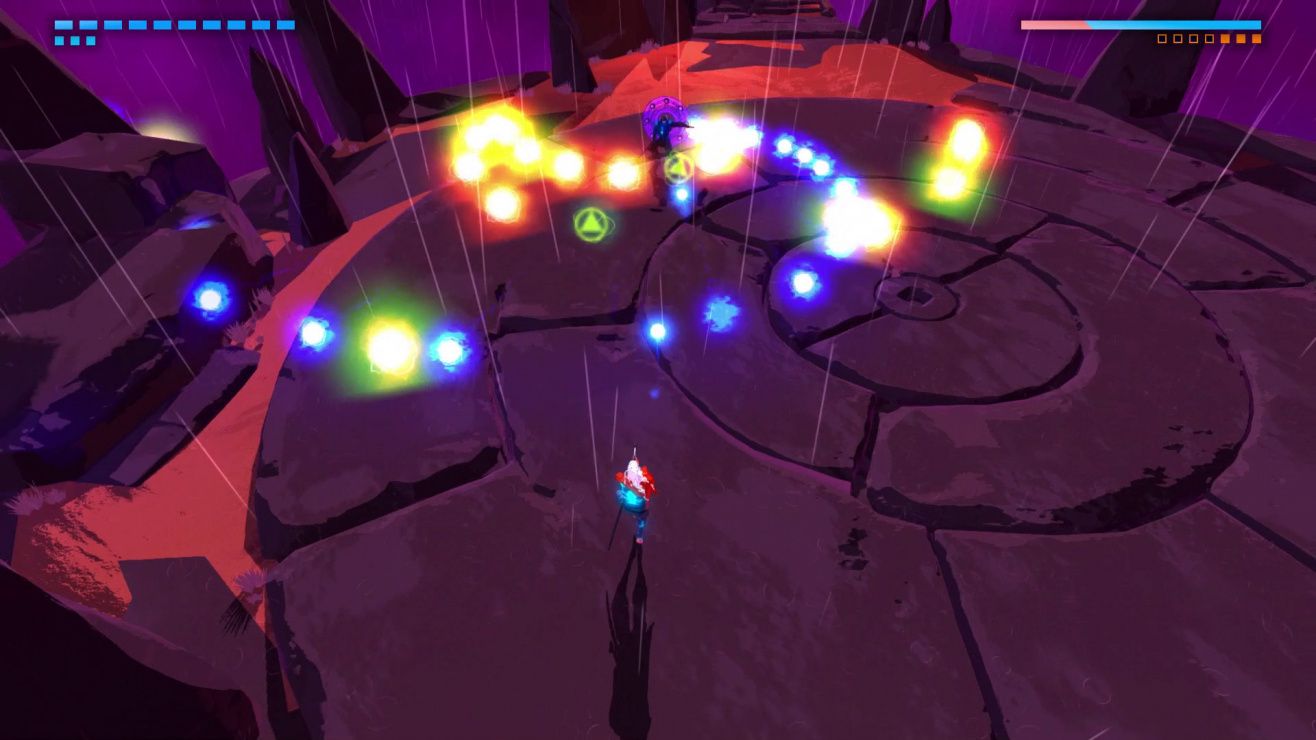 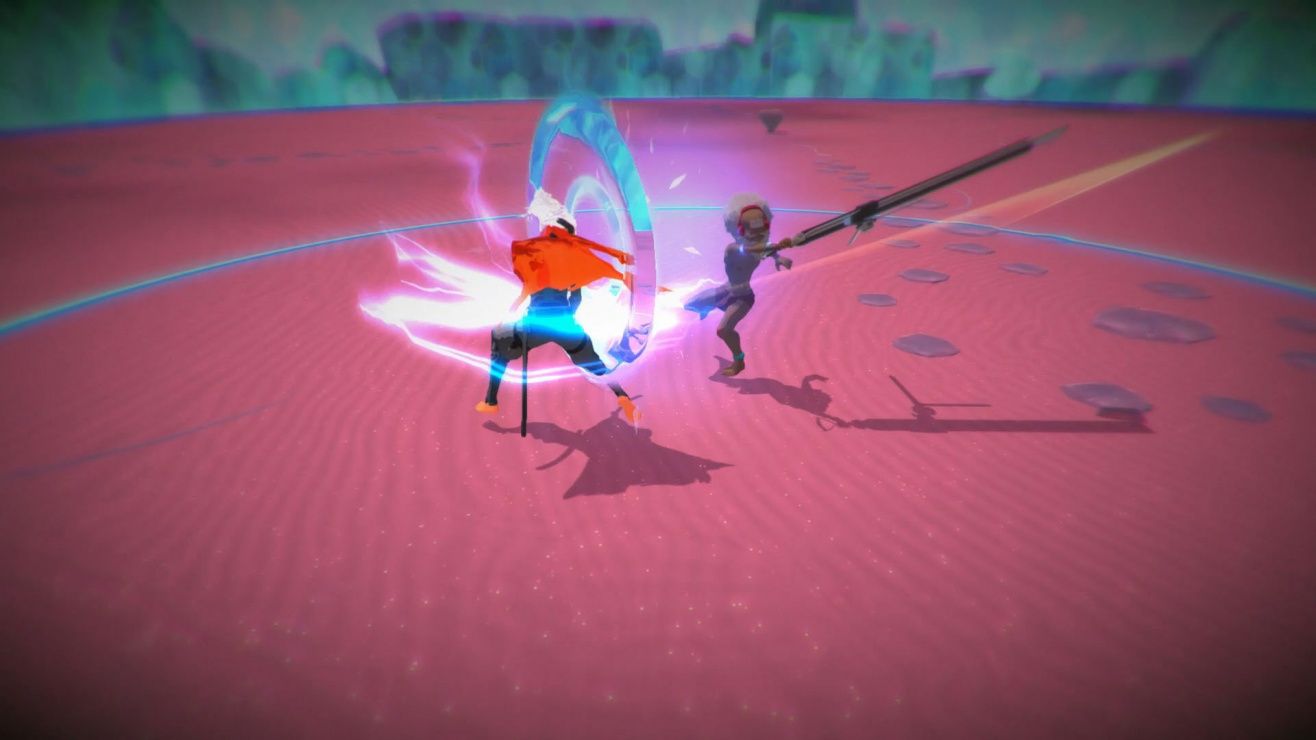 PC Steam Console Playstation action Xbox Nintendo singleplayer music slasher difficult soundtrack shoot
"You were captured. Look what they’ve done to you… The jailer is the key, kill him and you’ll be free." Fight your way free in this ultra-responsive, fast-paced sword fighting and dual-stick shooting game. Feel the tension and adrenaline of one-on-one duels against deadly adversaries: you will need absolute focus and skill to defeat each of the guardians. Do you have what it takes to reach the last gate? Boss design by Takashi Okazaki. Original soundtrack by Carpenter Brut, Danger and more! Furi is a fast-paced action game with hack and slash, twin-stick shoot 'em up, and "bullet hell" elements, consisting entirely of boss fights. Gameplay consists mostly of dodging bullets, parrying attacks, attacking the bosses by melee or shooting, and quick time events. The game is set in closed world environments. Much of the game's story progresses through these interactions, along with animated cutscenes occurring before and after a boss fight.
Share Share Share
Promote for 50G

This game is so good that I, a total pirate, bought it after beating the pirated version. And then beat it again.

Awesome game. Quick tip: The dodge button may feel finnicky. That's because the dodge happens when you release it, not when you press it. That's by design

Furi is a boss rush game. There is nothing more besides hard as hell boss fights, besides some walking through areas and listening to some exposition.
That said Furi is absolutely phenomenal at what it set to do. All bosses are unique and unforgiving as hell. Controls are fluid and responsive which are mandatory for such purely skill based game. There are no upgrades, skill trees or anything of sorts. You are given your whole arsenal just right at the beginning and you either learn to use it and overcome or you fail. Sound is one of the most important parts about Furi, mostly because of the audio cues that you can use to help dictate when to parry an attack.
The art direction is amazing. Between each fight as you're walking down the lonely road you get to witness some pretty fantastic scenery.
Character design was done by Takashi Okazaki, the creator of the popular manga series 'Afro Samurai', and each character has a very creative look to them. From the masked prison warden to the monk who can control time, each boss makes the fight feel truly unique.
The soundtrack fits perfectly with the theme of the game and is composed from multiple electro artists. At any point in the game when you pause, the game tells you exactly who worked on the track that is currently playing, giving a spotlight to composers who far too often go ignored in gaming. Furi has one of the best soundtracks I've heard in a while. Whether its egging you on during the fight making you want to try one more time, or hyping you up to kick some butt in your next fight, the soundtrack ensures that there is never a dull moment.
For the story, the game does not tell you exactly why you were imprisoned until you figure it out for yourself. You were let out by a rabbit man known as "The Voice" and he gives you some information about what is going on and what is up ahead. I never found my self fully trusting what he had to say because he was a pretty shady guy and as I played through the game I kept asking myself if I was the villain here.
From a studio I have never heard of, I was quite surprised when I found myself coming back to just beat one more boss. Furi is a great example of each aspect of a game coming together perfectly to make what I'd call an amazing game. I for one will start following the works of The Game Bakers excited to see what they come up with next.
Overall: On a scale of 1 to 10, the game is an 11. And the dev would give it self a 12

Everything about this game clicked for me.
I love how light on the BS it is: no combos to memorize, no upgrades, no RPG mechanics, and an uncluttered, bare-bones UI.
Whenever I died it felt like my fault. I never found myself blaming the game, because the controls are so tight and the lives system implemented is great. Even on the highest difficulty (which is very challenging), the game never really felt unfair, save for one or two times on the hardest difficulty where I felt like I barely survived.
The soundtrack has become one of my favorites in any game, period. It was the main reason I was interested to begin with. It's so good and fits so well that the game wouldn't be half as fun without it.
Wasn't a fan of the optional 'true' final boss though; it felt really out of place when it comes to both the gameplay and style. Up to that point, the game has a very unique gameplay and art style, then for The Star, it does a complete 180 and turns into this strange Japanese Gundam bullet-hell BS that felt much less dynamic and organic than all the other bosses. It's optional though, so I can't take a point off for that.
10/10
Make sure you play with a good controller though. On the first playthrough I was using a crappy 3rd party one but then switched to a wired PS3 controller for the 2nd run. The difference is night and day, especially when you have to make those precise shots from far away.

The soundtrack got me into Synthwave.