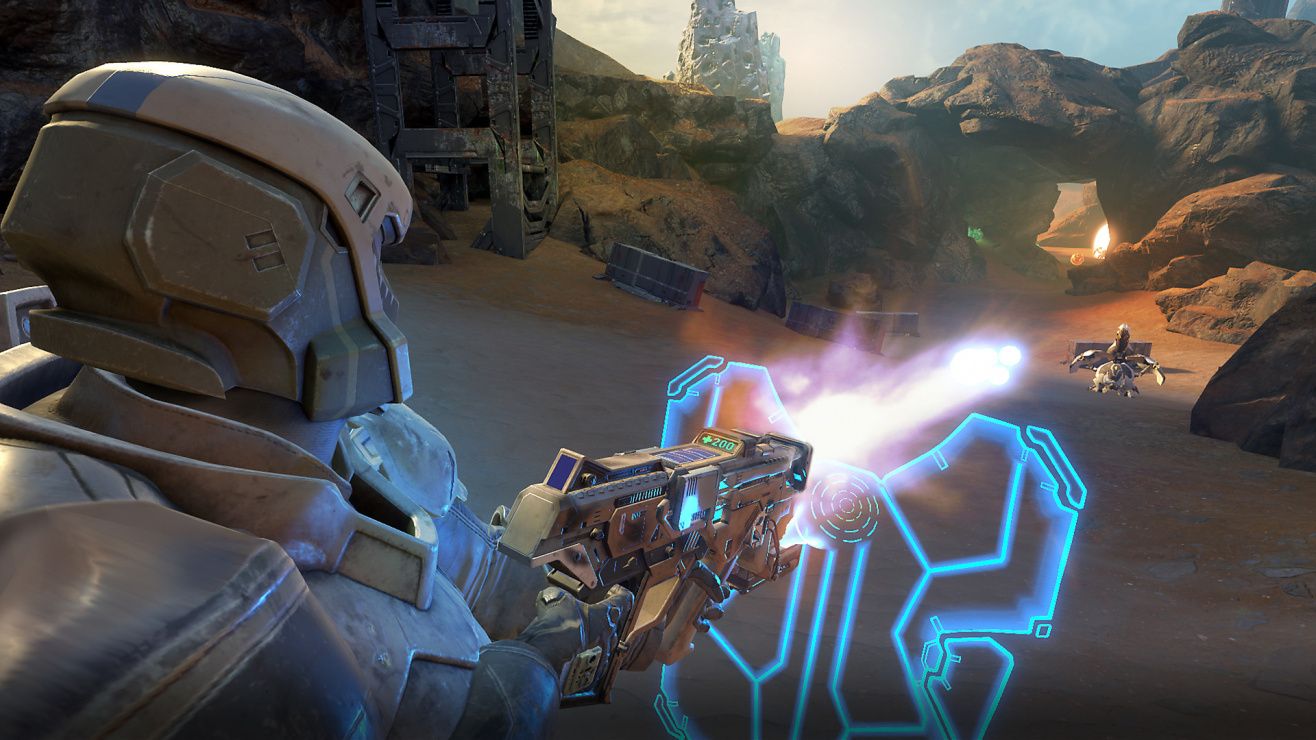 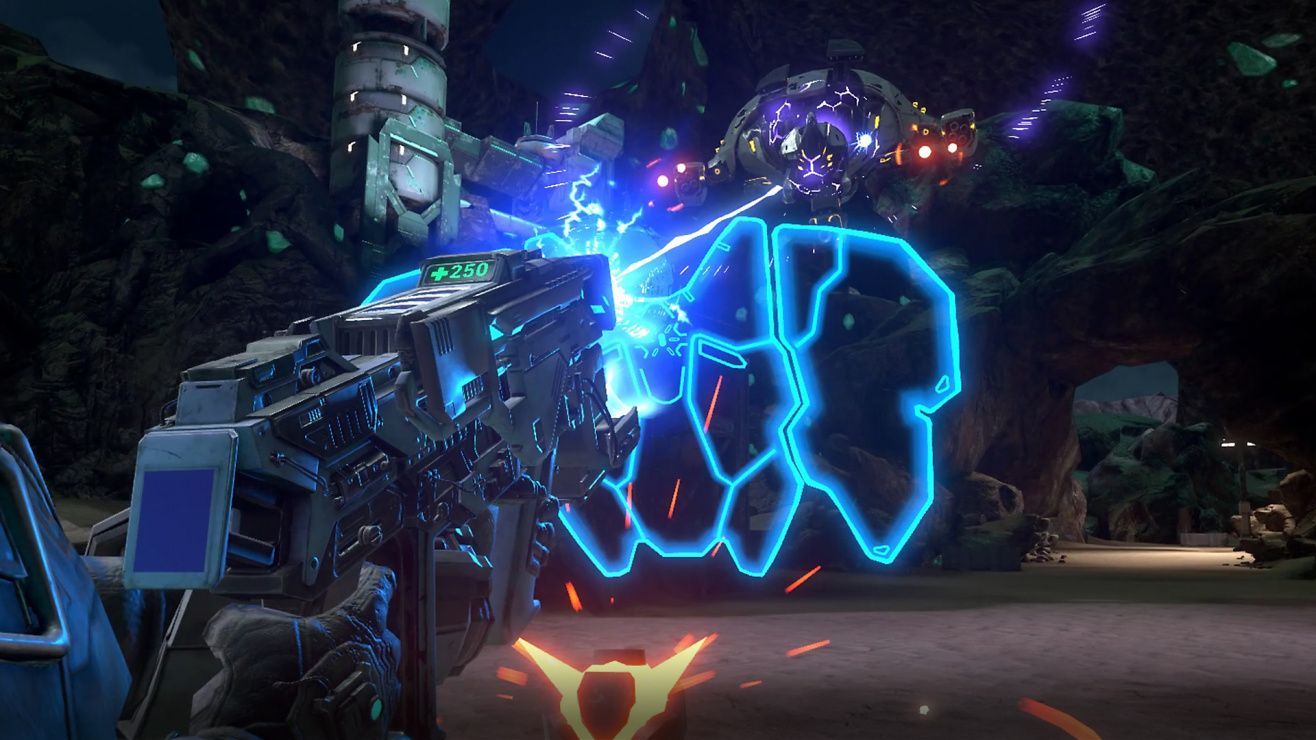 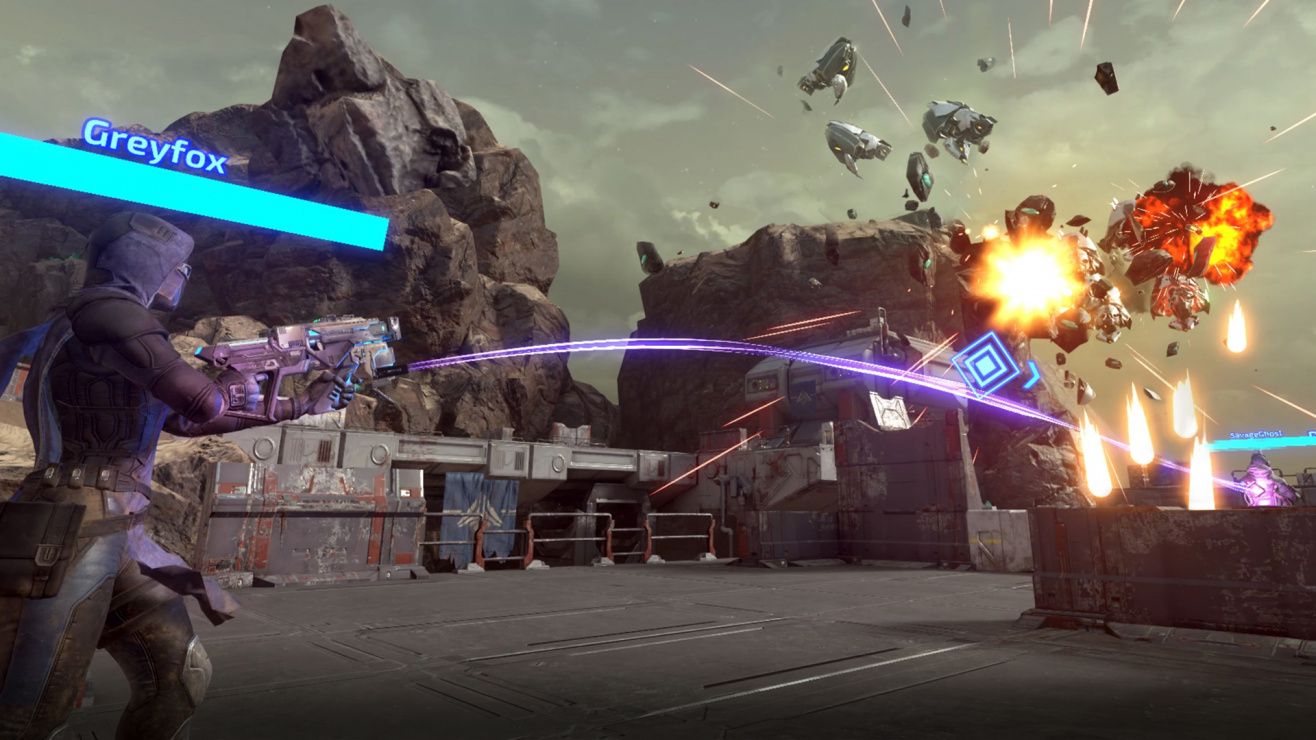 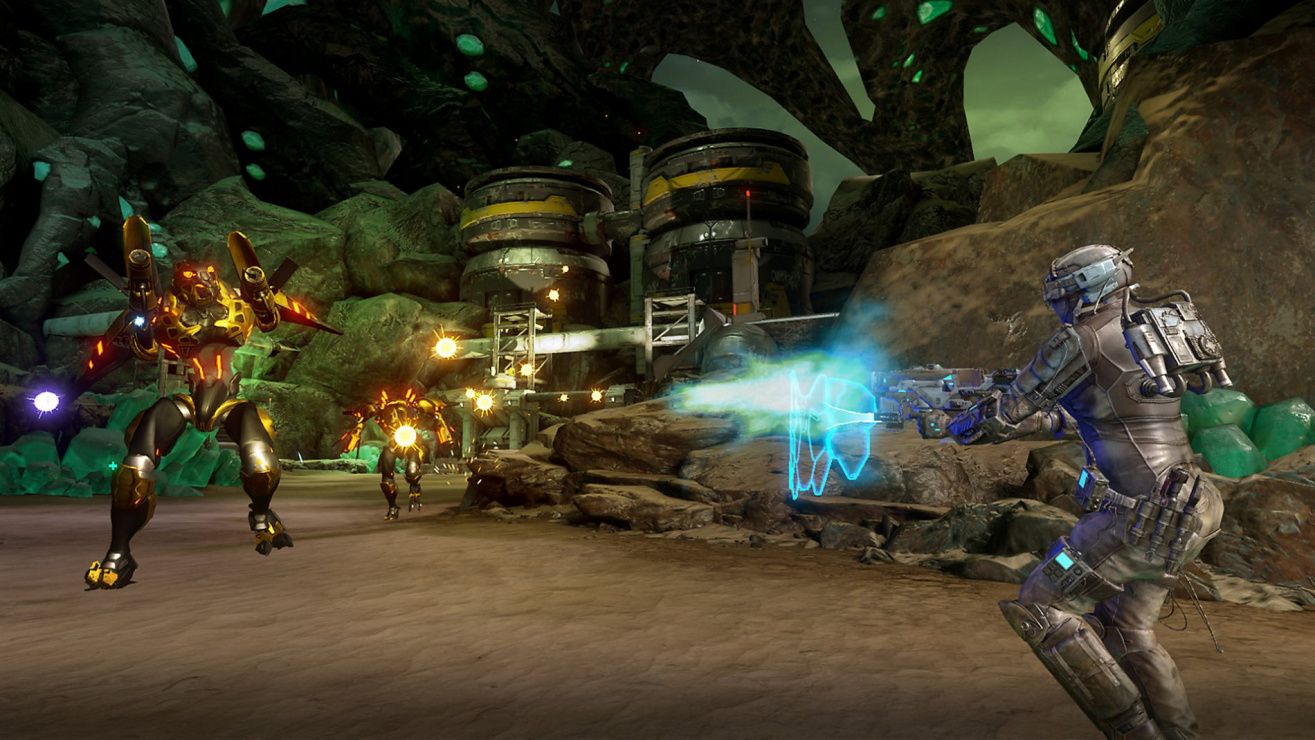 PC Steam Console Playstation action indie adventure sci-fi co-op shooter fps vr
Experience the next generation of VR combat with Evasion, an intense sci-fi bullet-hell shooter. Fight solo or team up as you face legions of enemies in an action-packed Story Campaign or the challenging Survival Mode. After decades of peace, the lethal Optera have laid siege to a vital human mining colony. You are a member of the Vanguard, an elite task force sent to investigate what happened to the colonists, and uncover why the Optera would reopen a conflict that nearly destroyed both races.
Share Share Share
Promote for 50G

VR is in strange place right now. I feel it’s waiting for the individual elements of greatness that are slowly emerging in disparate software to come together (with cheaper hardware) to create a game that will bring the platform into the mainstream.
It’s only fair that I make it clear from the start that Evasion is not that game.
I recently played 'Space Pirate Trainer'; a VR game that ostensibly has a lot in common with Evasion, but which is not as successful thanks to the high level of repetition that leads boredom to set in very quickly.
Evasion and SPT share similar weapons, similar shields, and even a similar ‘leash’ mechanic, but Archiact’s 2018 game adds two things that help it to hold off the yawns far more effectively; Environments (with the requisite ability to move through them) and co-op play.
'Evasion' marks the third attempt by me and my brother-in-law (let's call him Bob, as that is, after all, his name) to play something in VR multiplayer since lockdown.
The first endeavour involved freebie social gaming platform ‘Rec Room’ in which we wandered around, got beaten by 12-year-olds at paintball, and ended up with me depositing my lunch into the nearest suitable receptacle during the intense VR activity of ‘Ten Pin Bowling’.
Note to self: Leave the Cubre Libres until after VR in the future.
The second venture was with 'Pay Day 2 VR', a VR-ification of the existing game that neither of us enjoyed. Chunks, however, were resolutely unblown. Small victories.
We had three criteria for the game we wanted to try next: It had to have a mission structure, it had to be cheap, and it had to at least look like it was fun to play.
That third point is more difficult than you might expect, as so many VR games have fallen into a very ‘seventh console generation’ feeling of gritty earnestness deployed while killing hordes of zombies; not something either of us are that interested in.
The bright, polished graphics of 'Evasion' immediately appealed, as did the co-op campaign, frantic gunplay, and very low price point.
The game calls itself a ‘Bullet Hell’ shooter and, while I don’t think it ever lives up to that billing, there’s certainly plenty going on to keep two players occupied during each of the ‘walk-to-the-waypoint-and-kill-a-bunch-of-robots’ missions.
Basic levels and limited enemy types are common with VR games and 'Evasion' is guilty of both, but the pace of the game and sheer number of assailants make it easier than usual to forgive.
Some small level of variety is added to the all-out shooting with the ability to tether near death enemies and smash them around, ripping out a power core or health pack in the process. This also ensures communication with your teammate(s) as it’s otherwise easy to power on into the mayhem tethering everything in sight.
And alongside at least one teammate is definitely the best way to play 'Evasion'. Towards the end of the session Bob suffered a network connection failure and I was left to take on the hoards of mechanical meanies alone - it was not fun - the overwhelming number of bad guys, coupled with the fact I was involuntarily abandoned during a boss fight, made it a very tough experience. It did, however, serve the purpose of illustrating just how much better the game is when playing it’s primary, co-operative, format.
Exacerbated by my curious tendency to stand still while shooting, the game lacks dynamism when played alone. The enemy simply powers forward to bludgeon you with gunfire while you strafe and retreat with your shield up until they explode.
The presence of another human, with their unpredictable actions and the attention given to them by the opposition forces, brings a healthy dose of chaos to proceedings. This rounds out the experience and brings Evasion together as a very entertaining game.
It may not be the platform defining, boundary pushing, eye catching game that VR needs right now, but for early, and not so early, VR adopters 'Evasion' is a lot of fun - and offers a polished, comfortable blast-em-up time for multiple players.
In my experience it appears harder than you would imagine to get these elements balanced into an enjoyable co-operative shooter, so these seemingly simple successes should not be underestimated.
Evasion - A full motion, enjoyably chaotic, well polished co-op VR shooter that (despite a sneaky pre-game Kentucky Mule) didn’t make me throw up into a bin. Thumbs up all round.

I guess at one point this game was going for $40 which caused some negative reviews, and no this game is not worth $40 at least not if you're playing mostly solo. Devs seems to agree so at $20 it's an easy recommendation. Crazy to me that a VR game with solid performance, decent graphics, free locomotion, quality 90s Fear Factory inspired soundtrack, and a pretty wicked leash system (for weakened enemies) is sitting on Mixed reviews. On a 50% sale this is an absolute steal but it's worth it at $20.
There's even destructible environments / cover and I can't even think of another VR game pulls that off as well as this one does. And sure the story is goofy and by-the-numbers but if you're playing sci-fi VR shooters (that aren't HL: Alyx) for the story then you're gonna have a bad time.
This game bangs and needs far more exposure. Will at least watch for more from these dvs.