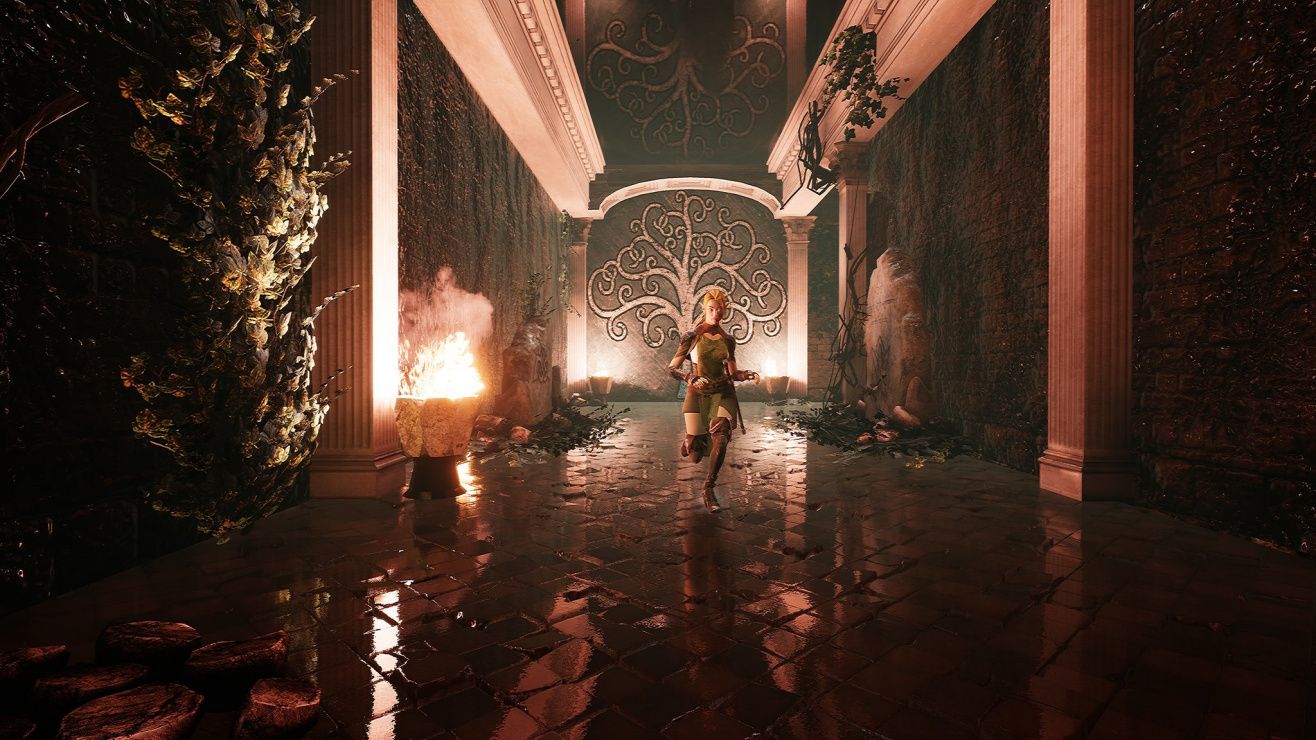 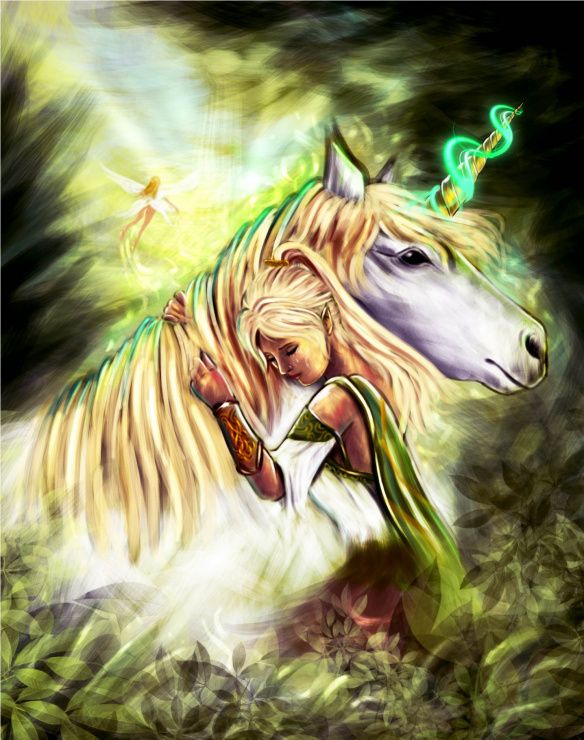 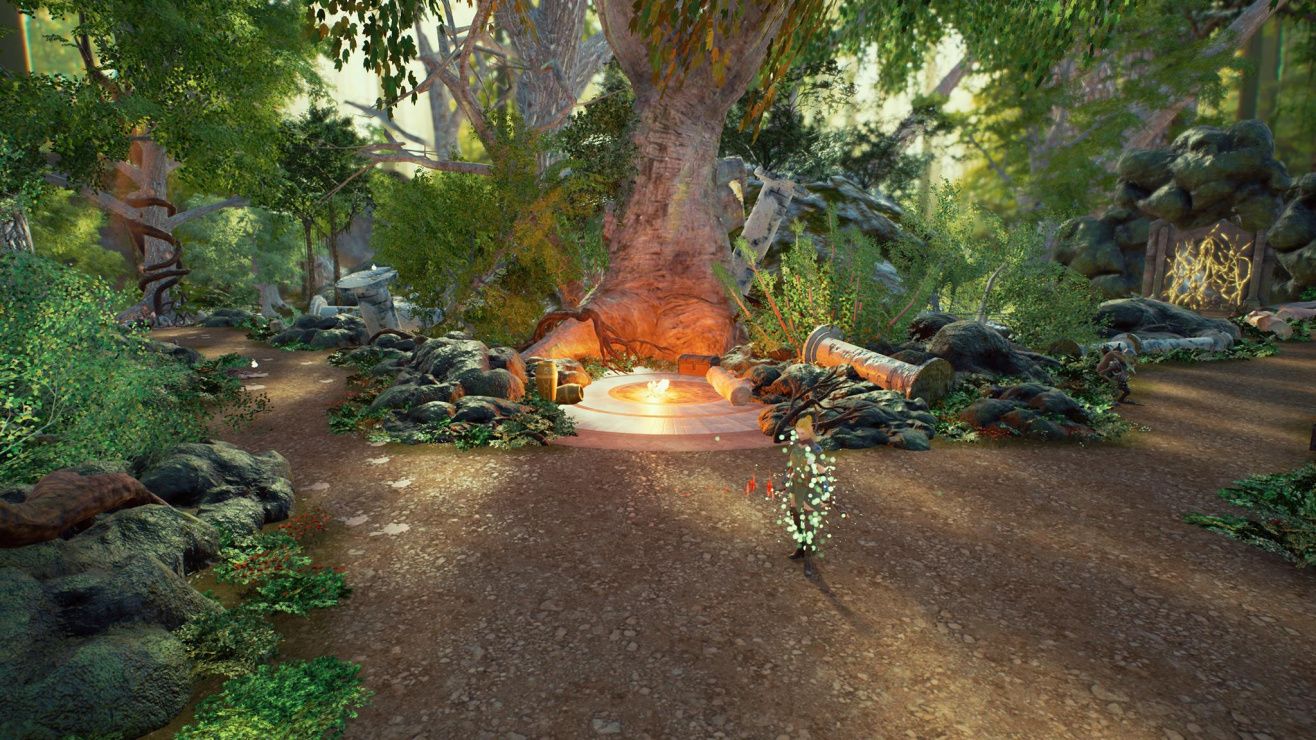 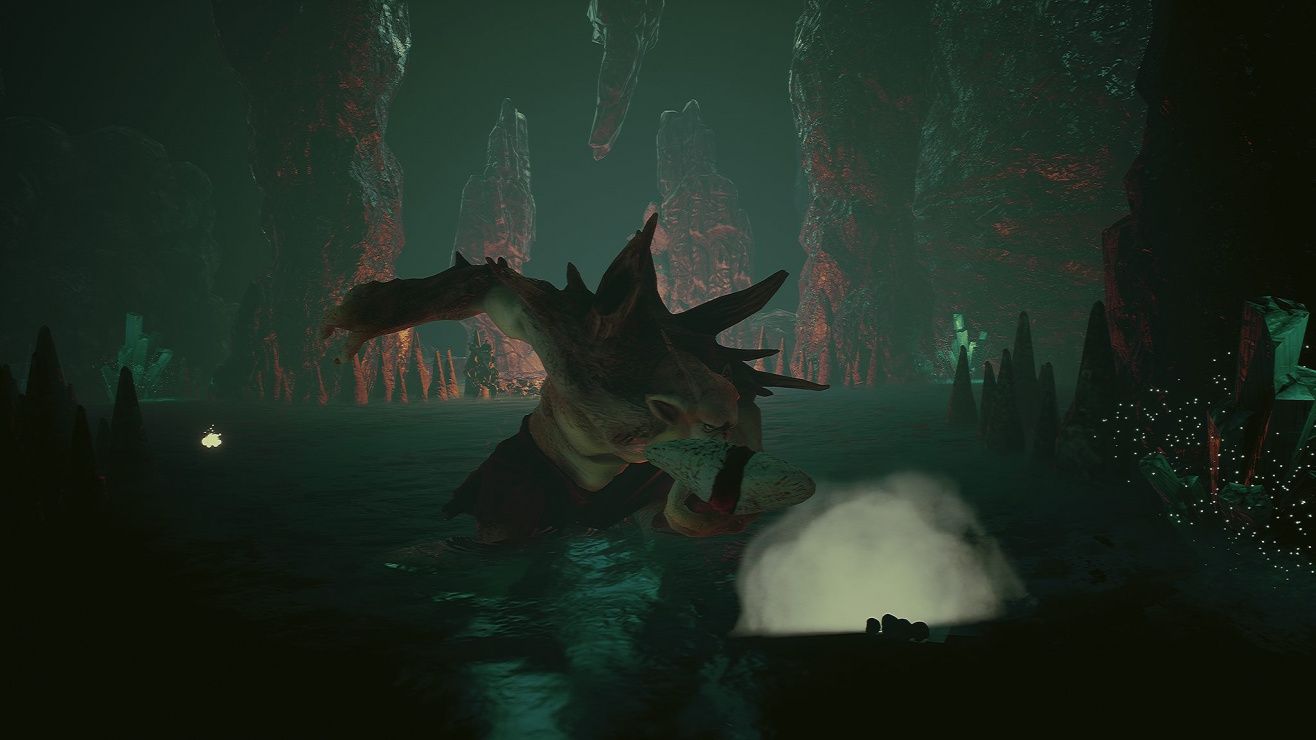 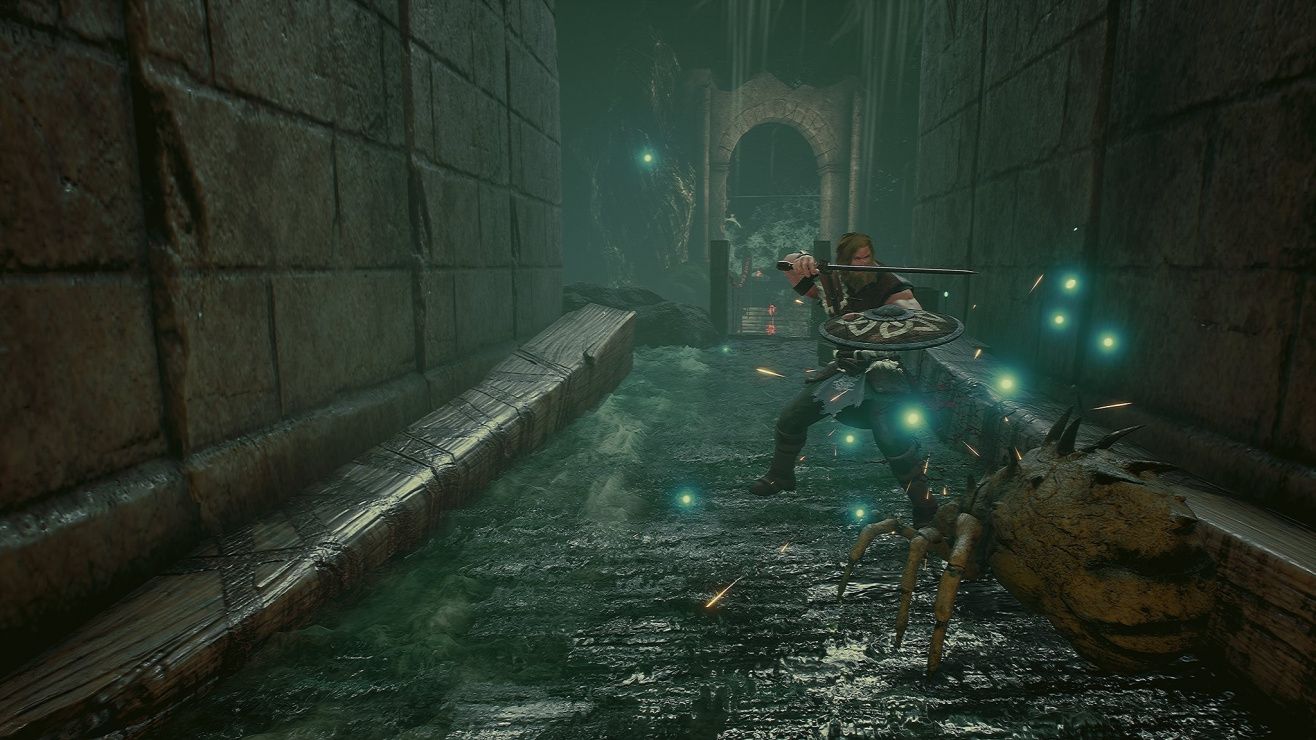 action adventure fantasy quest role-playing singleplayer supernatural
RPG elements: Acquire new skills and abilities as you progress through the game. Upgrade weapons: Level up your weapons and acquire new skills. Item Collection: Discover and use new and more powerful items as you progress. Two Playable Characters: The young elf, Aurehen, and the Viking, Bior, each with a unique backstory and character abilities. Hours of Gameplay: More than 10 hours of gameplay for first playthrough.
Share Share Share
Promote for 50G

TL:DR: Recommended if you don't mind clunky old school games.
Pros:
Challenging
Decent graphics
Interesting world/lore
Cons:
Some oddly placed checkpoints
Bugs
Meh crafting system
Can skip some cutscenes but not others. Some really need a fast forward option for text
Repetitive enemies and music
Fixed camera doesn't really work for this type of game
Achievements might be bugged
Closing Thoughts:
I know I listed a lot of cons so it would make more sense to not recommend the game. However, I actually enjoyed myself for the most part. The cons were mostly annoyances and odd design decisions. It mostly felt like playing an old PS2 hack and slash RPG. I think it could have worked a lot better with a standard 3rd person camera or overhead like Badlur's Gate: Dark Alliance. I would play a sequel with the issues addressed.
Note on achievements: I played via my Steam Link so I'm not sure if that caused an issue but I didn't get a single achievement. I don't really care about them but if you do, it might be worth looking into before you play.

Not so polished as other recent titles but definetively intriguing. Fixed camera does give exploring a different taste. Combat is satisfying and fun in spite of sometimes feeling / looking clunky. What I like the most so far is the 1990-2000 adventure game atmosphere, where you, like, have to craft something out of something to get somewhere. There are hints of secrets to be found, dark-souls-like doors that "won't open from this side" (how come???) and stuff. So far, so good.
Update: loved the crypt entrance puzzle. Made me pull out a sheet of paper and take notes for the first time in a long time. It's simple, but elegant.
I like the journal entries and tidbits of lore that are dished out in loading screens and certain items. Makes me pause once in a while to read and take in the background story.
The dual character system seems asymetrical - the guy Bior was only playable for a short section and lorewise seems less important then the elf girl. So far only she's fought bosses too (four and counting). Maybe he's meant to be a sidekick?
Combat sometimes becomes unfair due to weird clipping and invisible walls. But it does require some study of the enemies' behavior and now I see why it's been labeled as a "souls lite".
For the price it's being sold for, I still think it deserves a chance.

CAUTION: This is a difficult game. Please understand that this has a Dark Souls Lite style gameplay and it is frustrating and difficult by design. You're playing on hard mode.
While there are a few kinks that need to be worked out, this game is absolutely gorgeous and a lot of fun for the more hardcore gamers. It pays tribute to the old fixed camera style which is good and bad. You'll find the switching between cameras can throw off your movement sometimes. It's not a game breaker, but it can be rough. With that said, this was a rewarding experience. Progress was tough sometimes and there wasn't a quest tracker. Knowing where to go next sometimes takes some serious exploring. And you die. A lot.
The RPG aspect of Eternity is strangely absent. I notice that I've been leveling up but I don't see any indication of stat increases and there's no points to spend on new skills or abilities. There is a crafting system that is mostly use to craft quest items but if you farm enough, you can make useful +damage or +regeneration runes.
It's hard. It's unforgiving. But it's worth it. If you're a Souls veteran, you'll feel at home in this indie treasure.

TL;DR
If you don't mind oldchool feeling and you're ready to give this game some patience, get it on sale and enjoy as I did
Pros/Cons
+ Challenging, but not frustrating
+ Nice story and great lore
+ Good looking locations, even if graphic is a bit outdated
+ Music, repetitive, but still nice
Bonus points: Quick and effective help from support, they helped me solve my problem with glitched boss fight in 5 minutes. Thank again, guys!
- Fixed camera
- Cannot change controls
- Achievements don't work for me
I saw negative opinions, about how difficult the game is and how annoying is grinding. I am not some pro hardcore gamer, so I was thinking, maybe this game is not for me. But I took the risk and I'm glad I did. Combat is challenging. Yes, you will die, and very quick at some points, but once you'll get know the enemy, you'll be fine.
I also didn't need annoying, long grinding. Except of the very beginning, I was never short of healing resources. Exp points are coming quick, so even if I felt like getting few levels before the final boss fight, it was just a quick run around locations, resulting in not only one, but three more levels. Nothing annoying imho.

Overall I it was a fun game. A little disappointed there was nothing you could do post game. Also a bit glitchy in combat. I loved the lore.

Quite the surprise.
I like the old-school camera. Sure, it is clunky and a bit unclear at times, but it somehow tickles old Onimusha and DMC vibes.
A minimap in the style of Final Fantasy 10 would be very good however.
The combat feels good. After 2h there is not too much to it, but it is fast and responsive.
Difficulty is definitely there; you will find yourself dying quite quickly at times, it is not a mindless button-masher.
Oh, and the puzzles have been quite good for a game of this genre.
If you are into norse mythology then this should be an easy buy for you.