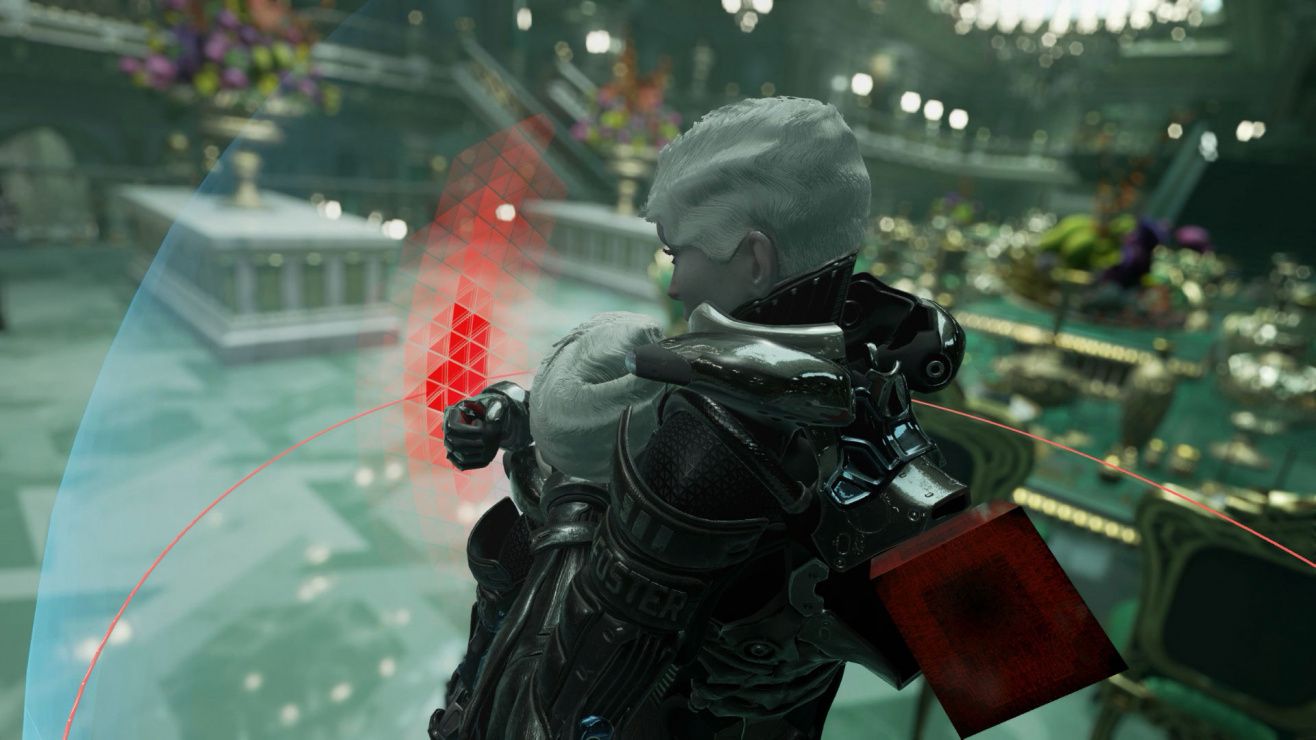 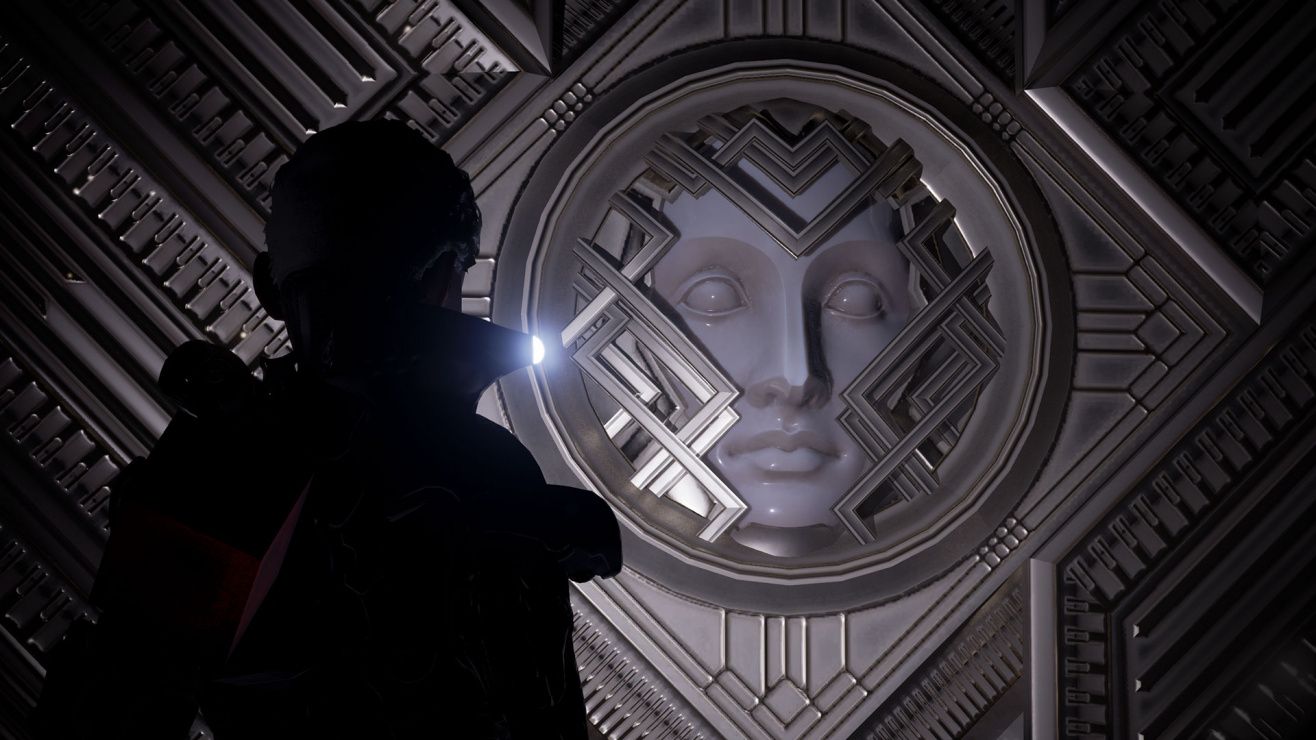 PC Steam Console Playstation action indie adventure sci-fi puzzle atmospheric stealth cyberpunk
After a century in stasis the girl En arrives at her destination: A Palace out of legend, a marvel of the old civilization eons gone, still awaiting its first human occupants. Out here, using forgotten technologies, she hopes to bring back a life that shouldn’t have been lost. But nothing could prepare her for what she’ll face in the ancient halls below. The experience starts as a character driven journey of discovery, but as it unfolds it evolves into something altogether more punishing. The Palace studies everything you do, everything you are, to use it against you. Gameplay revolves around stealth, action and manipulation, as you face off against the ultimate enemy: Yourself.
Share Share Share
Promote for 50G

Well basically it's a tragedy story.
Not the game, but the game's development. Story goes like this:
So there's this indie studio, making their first game. A lot of studios only get one chance at this, they make one game and if it sucks that's it, they go belly up. So this indie studio, they take their one chance and what do they make?
This ... amazing gem.
Is it the best game I've ever played? No.
Is it on my top 10 list?... Ehh, no, close though! I'd give it a solid 4 out of 5.
Sure it's not as big and grand as a game like GTA V, or any of the latest big open world third party action adventure games, there's no multiplayer mode or survival crafting or infinite side quests. It's small in scale, and narrative driven. There's not much here, but what's here is very well made considering this was from an indie studio.
Clearly the studio had a tight budget, probably less than 1% of the average Call of Duty game budget, but you can feel how they stretched the budget as far as they could, further than you'd expect for a small studio, and produced something that feels like a higher production value than it really is.
Graphics: Stunning, environments are beautifully designed
Voice acting: Natural and easy to listen to
Animation: Pleasant to watch
Gameplay: Challenging and very unique, the HUD stands out as particularly clever
Story: Interesting
Overall the game feels original and intelligent, and I don't mind admitting the gameplay had me stumped initially trying to figure out how to beat it, but I enjoyed the frustration.
This is definitely a stealth game, but also part puzzle/strategy and weirdly often tense action when shit hits the fan, then you have to think fast to survive.
Depending on how much you suck at stealth/puzzle games, you could get anywhere from 6 to 12 hours enjoyment from this game.
But the tragedy of this story? .... The game tanked at launch.
It had a nice trailer, launched on PC and PS4, but it just didn't get any visibility at launch, flew under the radar.
I think the problem is, this game doesn't really neatly fit into a category of game which most people have already played. It's hard to look at the trailer and say, "Ah so it's like <insert a game>.". Nor was this game from a studio that had a good reputation to springboard the game off. And it didn't have a AAA game's budget for marketing.
Hence most people skimmed over it, including me.
So, the game studio behind it went belly up. This is their one and only game, this little gem.
It's sad, knowing this is the quality they were able to achieve on their first go, one wonders what they might have achieved with a little more experience and a higher budget. But now we'll never know.
Definitely add this one to your wishlist and grab it on special, it's worth at least a try if you're into stealth/puzzle games.

The gameplay is slick and unique but repetitive. So is the visual style.
Now that we've got the boring stuff out of the way, I wanna talk about ECHO's brilliant story and writing.
On the surface: what's there to talk about? A girl creeps through the Empire-style halls of a legendary 'Palace' at the far end of which she will be able to resurrect a man. Basic archetypical sci-fi love story, right? Nah ah!
Firstly, everything in ECHO is properly set up. The game takes some solid 20 minutes before we actually get to the Palace and about an hour before we settle into a basic gameplay loop. It goes against all the rules of videogame player engagement, and I love both the bravery of it and the effect it creates, because when things go down, they go down proper - the player is already in the mood, he is prepared and he saw all the developments that led to the situation the protagonist finds herself in.
Secondly, imagine. The only character we see throughout the game is En, the protagonist. Nobody else. But! Through her conversations with London, the AI from the ship of the man she intends to resurrect, we see a whole wide world. With a few casual offhand phrases that are never the centerpiece of discussion they paint a Universe a few dozens millenia deep and a few million light-years wide. It's an absolutely stellar piece of worldbuilding, so gentle yet so effective it's like acupuncture. I especially liked the deliberations on the nature of AI and why London is an obsolete specimen.
Thirdly, it's the relationship between En, London, the dead man and another potentially most important character who is long out of the equation by the time the game begins. It's wonderful. The arguments, the new facts that flow up in the course of the story - everything. And most of all - the motivation. You will have the complete picture only at the end of the game, but suffice it to say it's not your "basic archetypical sci-fi love story".
It's a game with an absolute pitch for narrative tone. It strikes such a fine balance on all the fronts: the sci-fi, the psychology, the philosophy, and the style complementing it all. I love it so much. I wish it wasn't ULTRA ULTRA's first and last project.
PS
For more unique quality sci-fi - although of a different and much more verbose kind - try Cradle. Coincidentally, just like ECHO, it was the only project of a Ukranian studio Flying Cafe for Semianimals.

7/10
Most interesting enemy AI I've ever played against. Story is interesting enough, but the main selling point of this game is the AI. Only gripe with the game is the orb collecting sections got tedious towards the end. Other than that, every level is a puzzle where you need to figure out which abilities you should or shouldn't use. Great idea for a game.

This game is as beautiful as it is terrifying, and it is beautifully terrifying. Every stage is a breathtaking new puzzle that you wish you didn't have to complete, but solving it and seeing what lays behind the next gold or marble door is too luring to stop.
9/10. Missing 1 because the ending, though expected is a little too short for the amount of stress this game gives you.

Initially I was certain I'd write a review worth an entire masters degree essay however, after two days of scheming, plotting and just thinking about my expierence with Echo it's hard to explain what awe and tension overcame me during my first play through. It was thrilling but more importantly inspiring.
Initially I'd like to say, what the fuck? How is this the game that flew under the radar three years ago and still manages to? Don't get me wrong it's not perfect, but this is another crime of humanity just like the burning of the Alexandrian library. The game won more than a couple of european awards in 2018 and dare I say its suppsoedly getting turned into a movie? Yet this happened, Ultra Ultra is gone. I hate myself for not spending my measely 10-20 dollars back in the day when I saw this game for the first time. I stalked it from time to time since then but now I feel like I contributed to a murder of an indie company, purely for not buying their amazing debut game. One only thinks what these devs could've been up to if they were still around as Ultra Ultra.
However lets proceed to what you want! And I promise I'll rant to a bare minimum :
Is the game worth it? :
Yes, most preferable on sale but 20 dollars is the exact price I'd give it.
What should I epxect? :
Stleath, strategy, action, some creep and spook sprinkled there and then, action when shit hits the fan. All of which is put into a very unique and intriguing setting accompanied by well crafted design, UI and of course soundtrack. (of which this is the second great tragedy of this review, the fact that you can't actually buy the soundtrack)
Unicorns don't exist, What should I actually prepare myself for? :

Be patience with it really, I read how some folks see the game over staying its welcome with the stretched out budget and mechanics, Ultra Ultra did use ever penny of it so the game isn't mega short nor boring. Besides it makes it more challenging that way, makes you actually remember beating it, which in turn feels rewarding (all of which is more or less subjective). On that note I should've highlighted this is a DEBUT game, it's made by like 8 or so people and its shocking what those mad danish men were able to accomplish. However it doesn't do much 'show and tell' with its story and such, saved them on new models and enviroements. The game is rather limited to the budget it had (This includes gameplay) and please don't get me wrong they cut those budget corners in the best possible way.
Is this game for me? :
Do buy it if the trailer already peaked some interest in you! Besides you'll know early on if you don't like it. Its challenging and somewhat replayable from what I've seen. I also found the game to be a great source of inspiration if you're looking for it! The gameplay idea in itself is rather thought provoking and don't get me started on the rest of the game as a whole! Lots of inspiration from H.R. GIger, Dune, Library of Babel and even a bit of bladerunner.
What do 'I' think? :
I am naturally a critical simp when it comes to artsy games with a good challenge, This had me intrigued and invested all the way. I've already ranted about it to a couple of people, paced around the house trying to piece stuff together and questioned it while falling asleep, yeah, I am one of those guys. Yet, I am a realist, so I can't actually fanboy over it as much as I would've loved to. Its a great game, perhaps not a game of the year or of the decade but a damn great indie.
Well, thats it really, reviews tend to be spoilerish yet I refrained from saying anything major, savouring the most of the game for you! Afterall there isn't that much, and whatever is present in the game is crafted well to the teams skills and budget limit. May you find the same awe and thrill I found when playing this unique game by Ultra Ultra. Its a shame really, a tragedy actually, you'll be missed Ultra Ultra

I would really recommend the first 3/4 of this game or so. It starts off really strong, and the middle is some of the most thoughtful and clever design I've ever seen. It's problem is that it outstays it's welcome with no worthwhile additions to the gameplay.
So just play for 4 chapters, then put the game down and imagine a cool final boss fight or something, and a satisfying ending, cause whatever you can think up is probably better than what the game has in store.