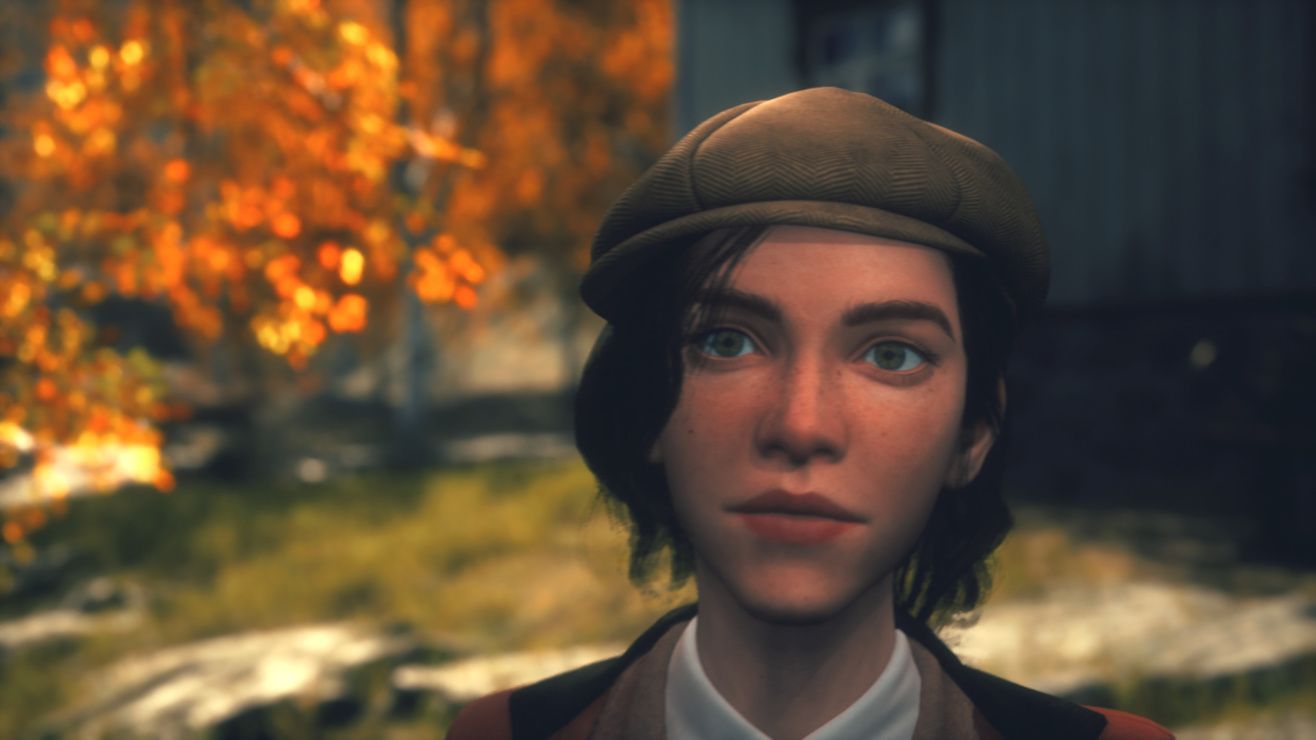 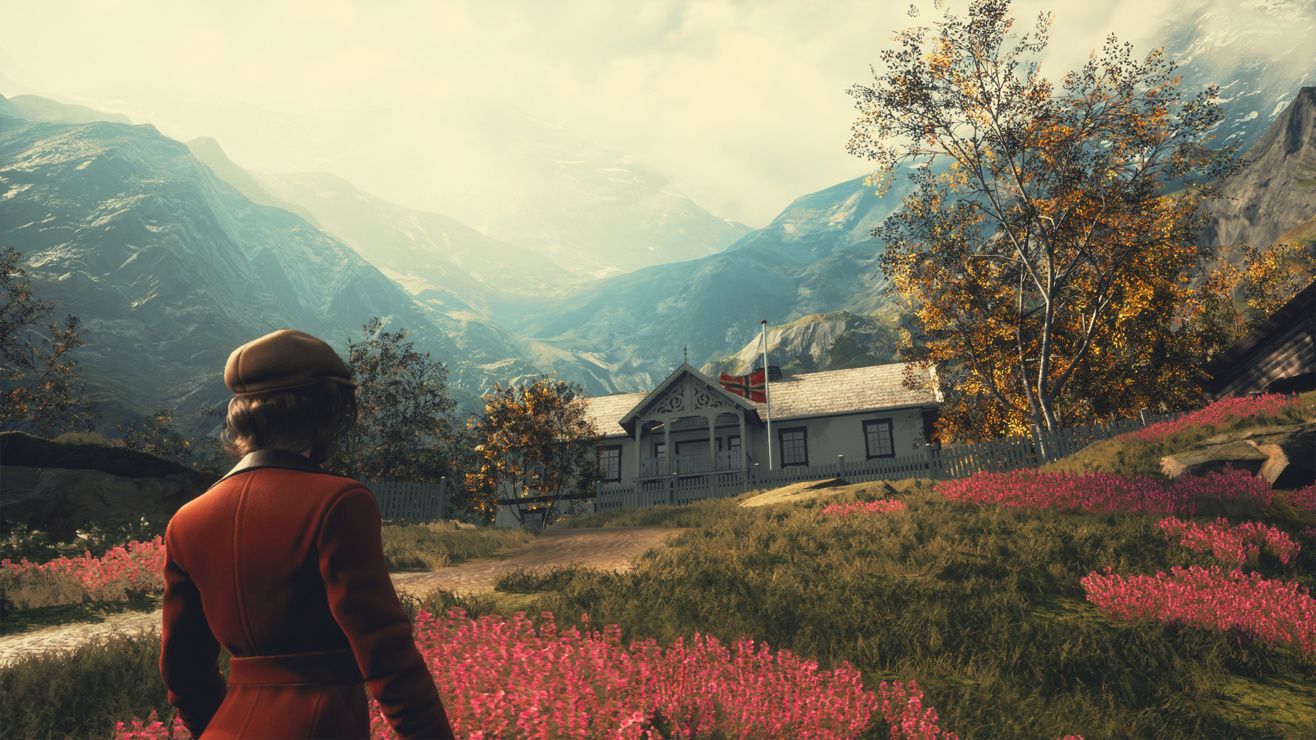 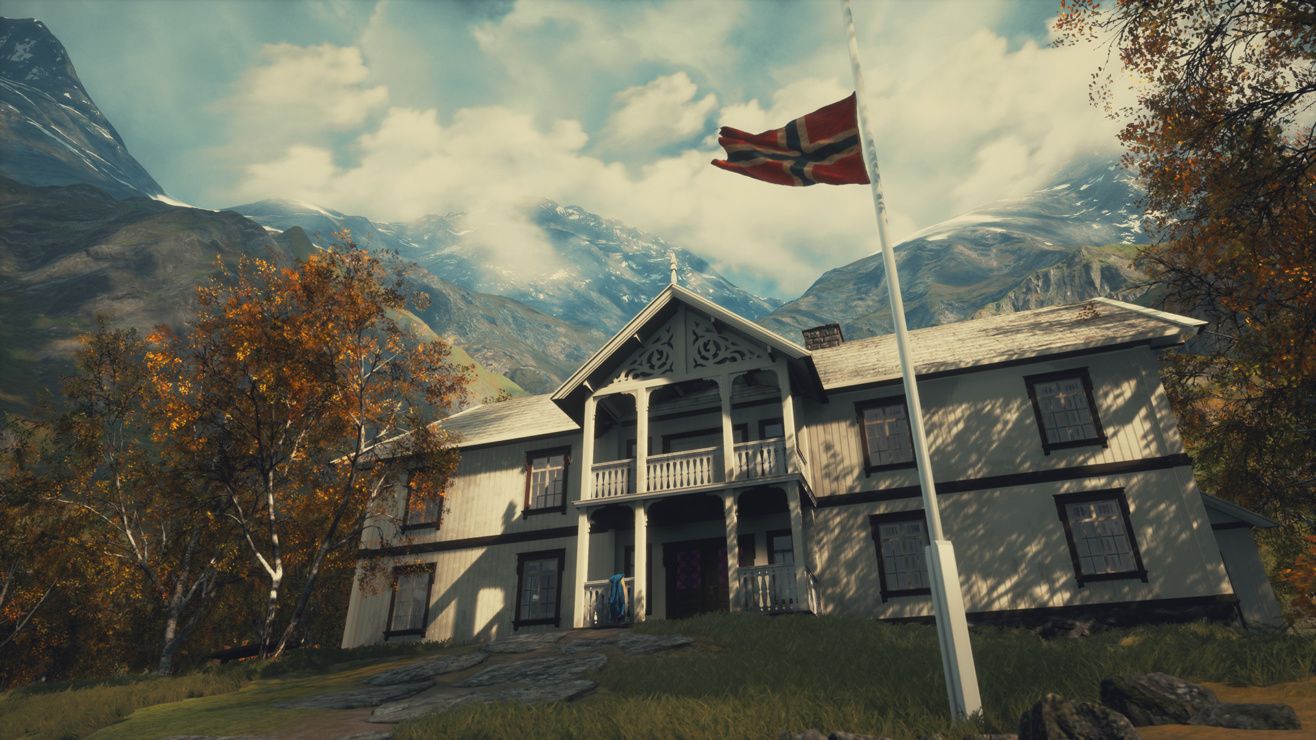 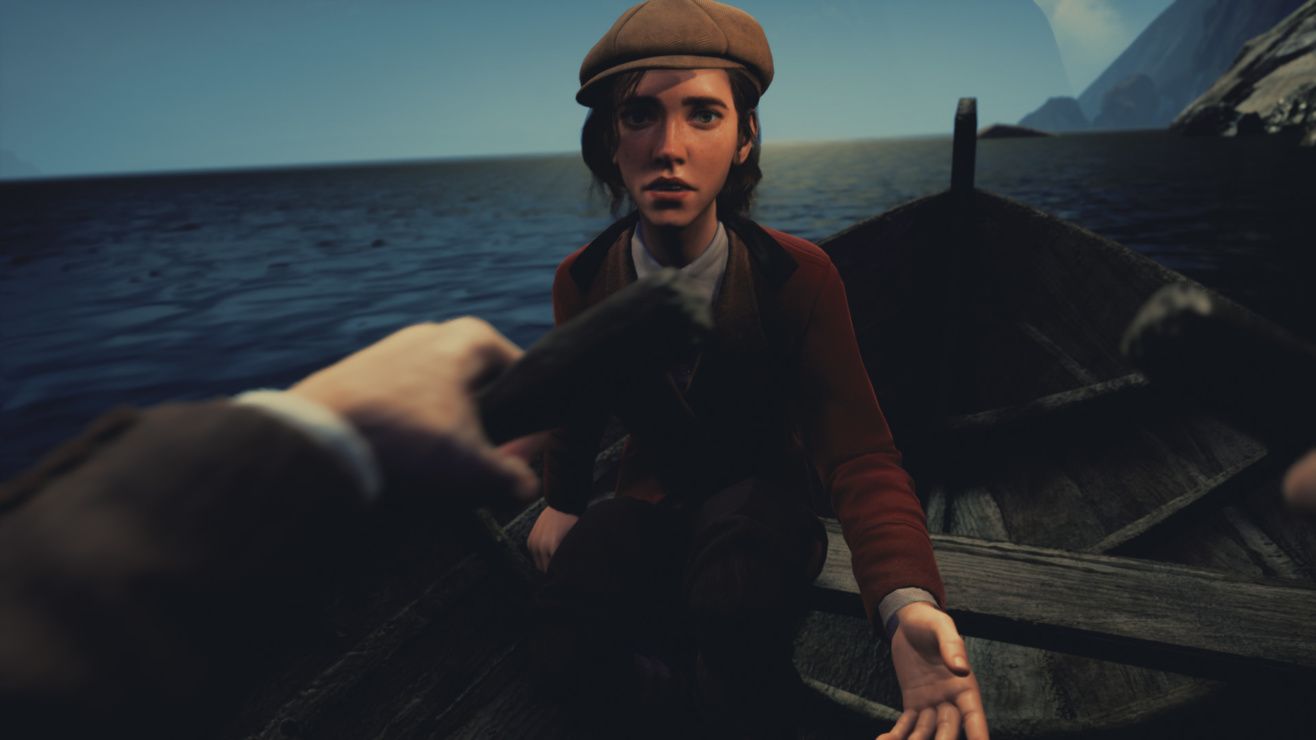 PC Steam indie adventure singleplayer atmospheric mystery first-person
Draugen is a single-player, first-person Fjord Noir tale of suspense and mystery, set in 1920s Norway. From the studio that brought you Dreamfall Chapters, and the creative team behind The Longest Journey and The Secret World, comes a first-person psychological mystery set in 1920s Norway. The year is 1923. You play Edward Charles Harden, an American traveller who's come to Norway to find his missing sister. But you're not alone: at every step of the way, Edward's accompanied by his ward, Lissie; a gregarious, independent and enigmatic young woman. Together, you must explore this scenic coastal community — nestled amongst the fjords and mountains of rural Norway — in your search for Edward's sister, and unearth the darkness that lies beneath the picturesque surface. "I am not alone": explore 1920s coastal Norway accompanied by a living, breathing, independent companion Interact with your companion, Lissie, through a realistic and dynamic dialogue system Experience a thrilling tale through the eyes of an increasingly unreliable narrator Find your own path through a scenic setting that changes with the weather and Edward's mental state "A story about what lies beneath": piece together a gripping narrative with unexpected twists and turns
Share Share Share
Promote for 50G

You know how in every school project there is the person who does everything and the rest just patch it up to make it appear as a whole? That's how it felt playing this game.
The level designers and artists made a beautiful scenery. It is breathtaking. I would love to take a walk here in VR. The character models are beautiful. Both...
The other members of the project however... Well...
The story is interesting mid-way through the game but the end is a big disappointment. It felt like nothing of interest happened.
The game is really short, and slow. I wish it was at least twice this big, as the current area that can be explored is really small. However, at least it feels a bit larger than it actually is thanks to the layout of the map and the slow-ish walking speed.
I still recommend this game for its breathtaking scenery. However, I'm not satisfied with the amount of content I got for my money.
P.S.: Please note that this is my personal opinion that might not match yours. In case you disagree with me and would like to voice your opinion I ask you to do so in a civilized manner.

This game is *slow*. If you cannot handle a slow game, do not buy it.
This game is *short*. My first play through, in which I explored and took my time enjoying the whole thing, took only 3 hours. If you think a 3 hour game isn't worth the money, don't buy it.
That said, this game in incredible. The atmosphere, the characters, the location... It's all beautiful. I would even go so far as to say it is less of a game, and more of an interactive work of art.

If you're into narrative and contemplative game, this one's for you.
Even though the story is linear, it's enchanting but only last 3 hours or so.
The game suffer from few slow downs. Linux works out of box, just press ESC on the beginning.
I give it a decent 7 out of 10.

Enjoyable Journey, if you like Lissie
As a mystery, Draugen is hardly groundbreaking. It is a beautiful village, and the pretty, calm setting did for some reason create feeling of wanting to spend a vacation in one of my neighboring Scandinavian countries for some reason, but really the main thing that carried this game was the voice acting and charm of the main character’s companion, Lissie. I believe it is pretty easy to know if you will like this game by the intro alone, if you find her energetic quips and quirks charming it will be a fun enough ride, otherwise the game will probably be very slow, as I found it feeling… borderline dull if she wasn’t around, but more adorable and charming when she was by his side to banter even with the backdrop of the mystery.
Mysteries of the… Oh I know that twist!
Okay, let’s confront the elephant in the room, viewers/readers/players have gotten incredibly genre-savvy when it comes to mysteries. Which leaves three overall ways of creating twists and turns:
The dreaded turns that the audience can’t predict – (Don’t worry, they don’t do that here.)
A straightforward mystery with clues and hints throughout the story, BUT the audience will most likely know the mayor twists before final acts to any mystery that was introduced in the first.
Or a story that tries to deliver multiple twists throughout the story to throw the person of the scent of the conclusion they already have guessed.
While staying in more surface-spoiler details: This story is placed somewhere between 2 and 3, yes the mayor plot points are predictable, based on what the characters say/do/touch/don’t touch very early on, but they also do make it a bit fresh by having one of the obvious twists pop before the final act, while I expected them to reveal it simultaneously through the end.
Quality over Quantity:
The length is certainly not what will win you over, but I feel it is a good quality experience. Especially when Lissie is around… and I’d take a solid game that respects my time over a stretched out game that is just trying to stretch it’s length. I’m more than sick of other genres doing that. That of course doesn’t mean the game is fast paced, it is a nice and calm experience, but it has about the ideal length to tell the story that they want to tell.
Come for the , stay for the atmosphere and Lissie
I feel the need to repeat my earlier point. You know how some trailers are very misleading? That doesn’t apply to Draugen, you’ll know if you like the game based on the trailer that starts with them rowing into the village. If you find Lissie’s voice and attitude gravitating, and the atmosphere alluring, then the experience of playing the game is something for you. And while I am not hugely into first person games, I tend to find them more disorienting and counter-productive to immersion when I can’t see my character, her presence made it much more fun to explore and interact with everything to hear her lines. And she is the main reason why I would be up for playing a sequel.

Looks amazing, have a great sountrack and good story :)

Not much mystery truthfully. I realized within the first chapter that several things weren't as they seemed. Still pretty fun though I guess and the soundtrack was excellent. I wouldn't recommend spending more than $10. Depending on how much time you spend looking around you'll get 3-5 hours out of this.