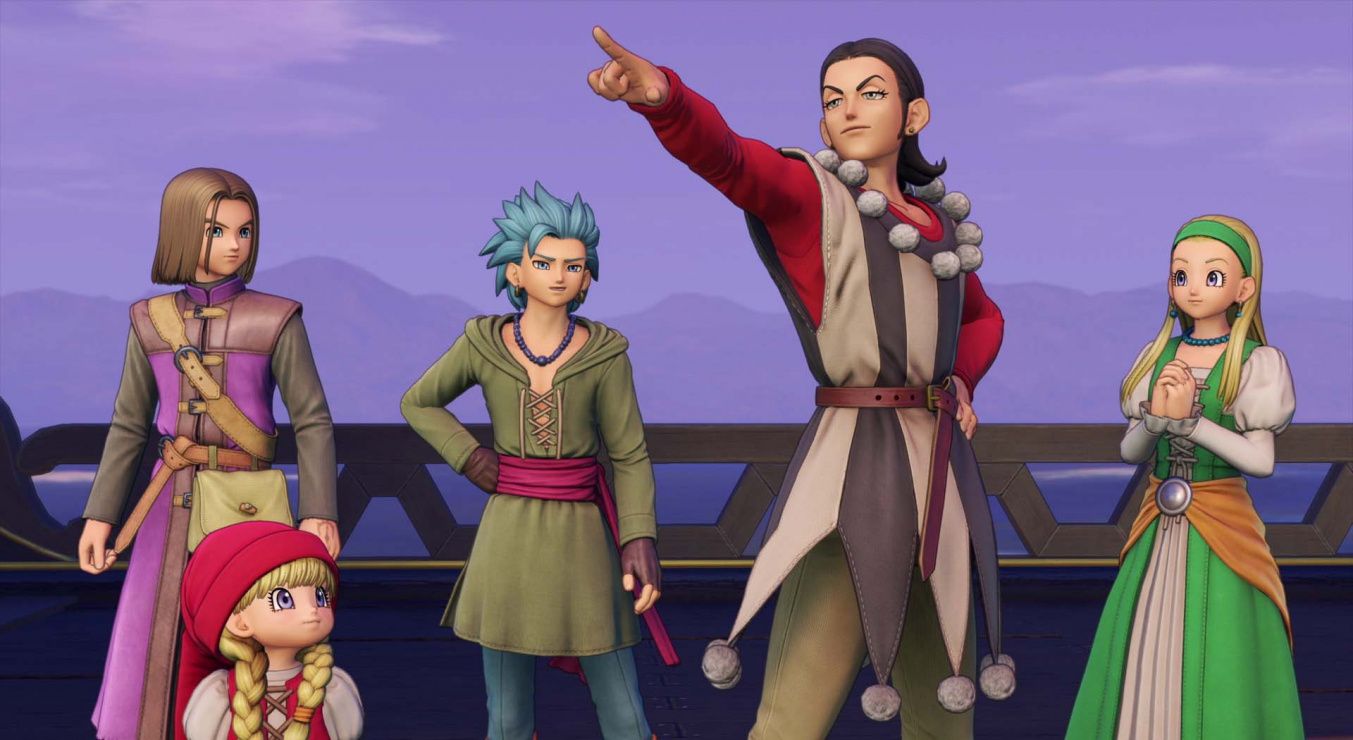 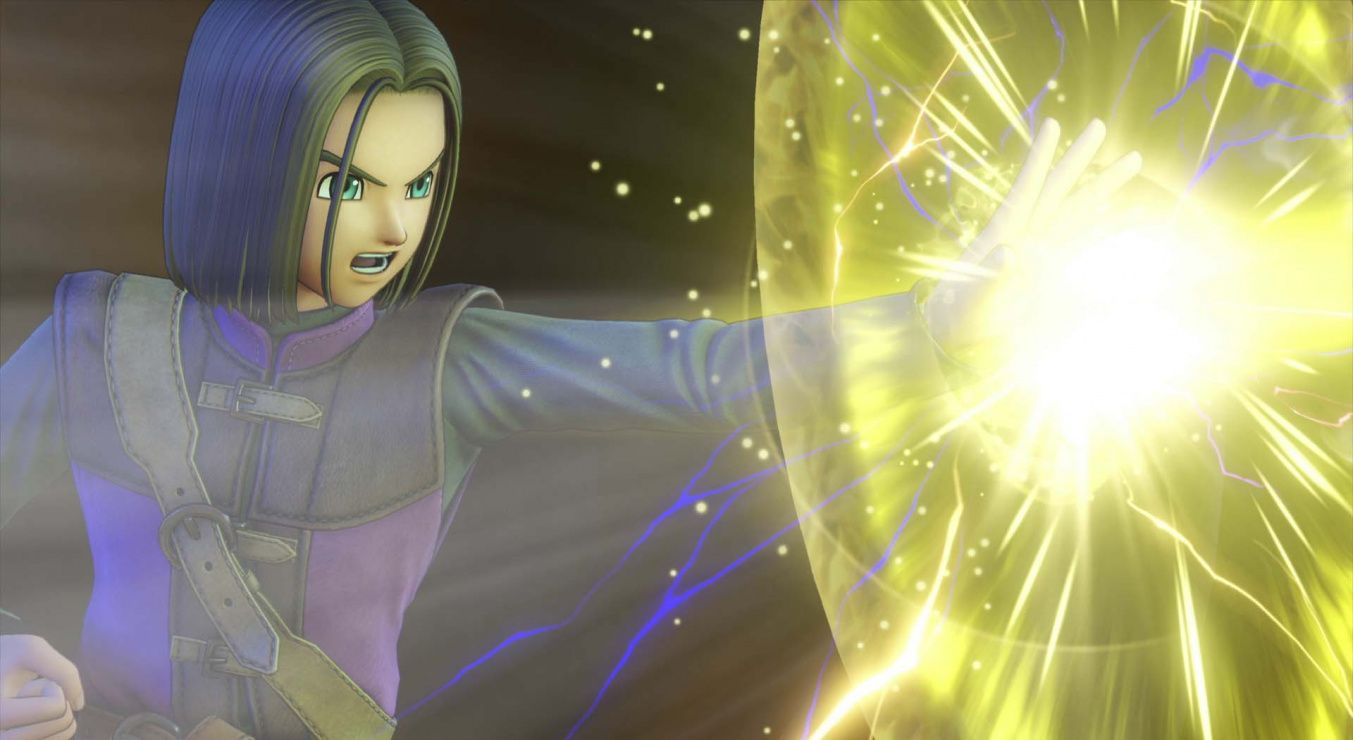 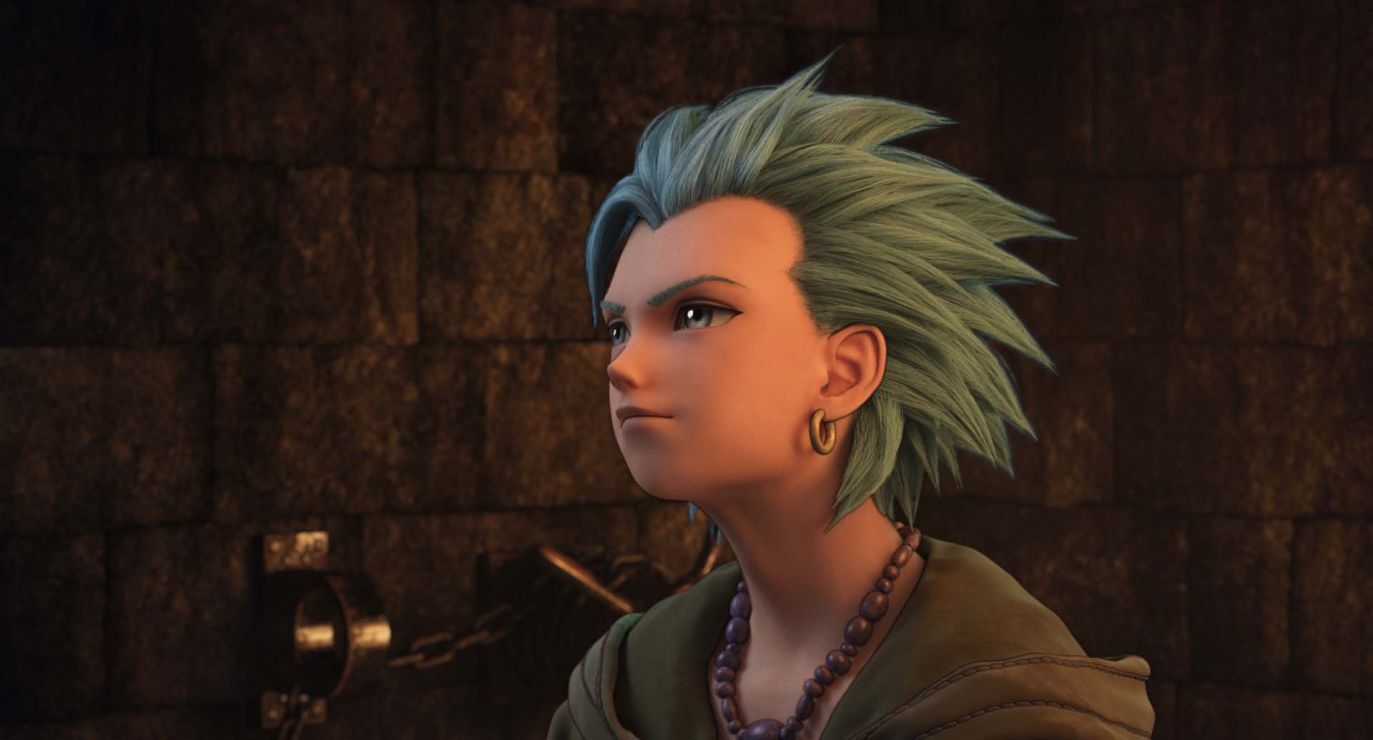 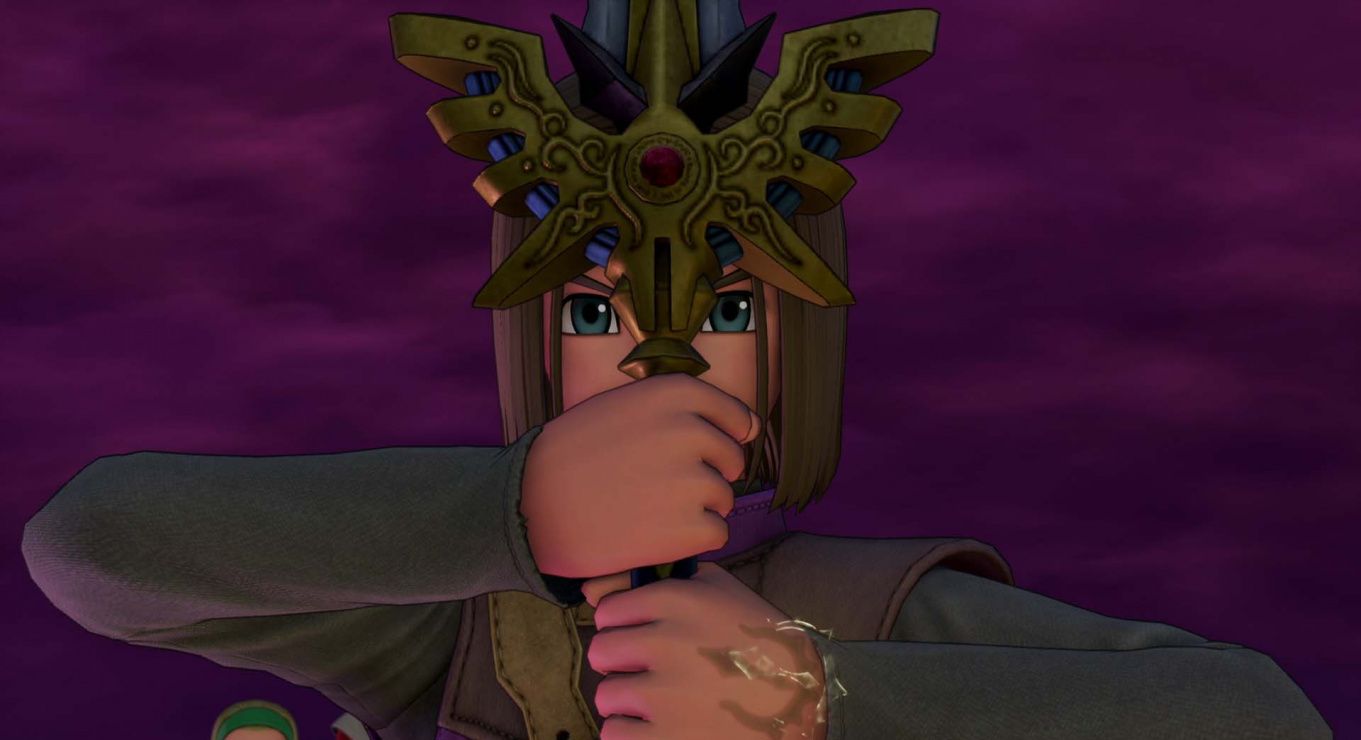 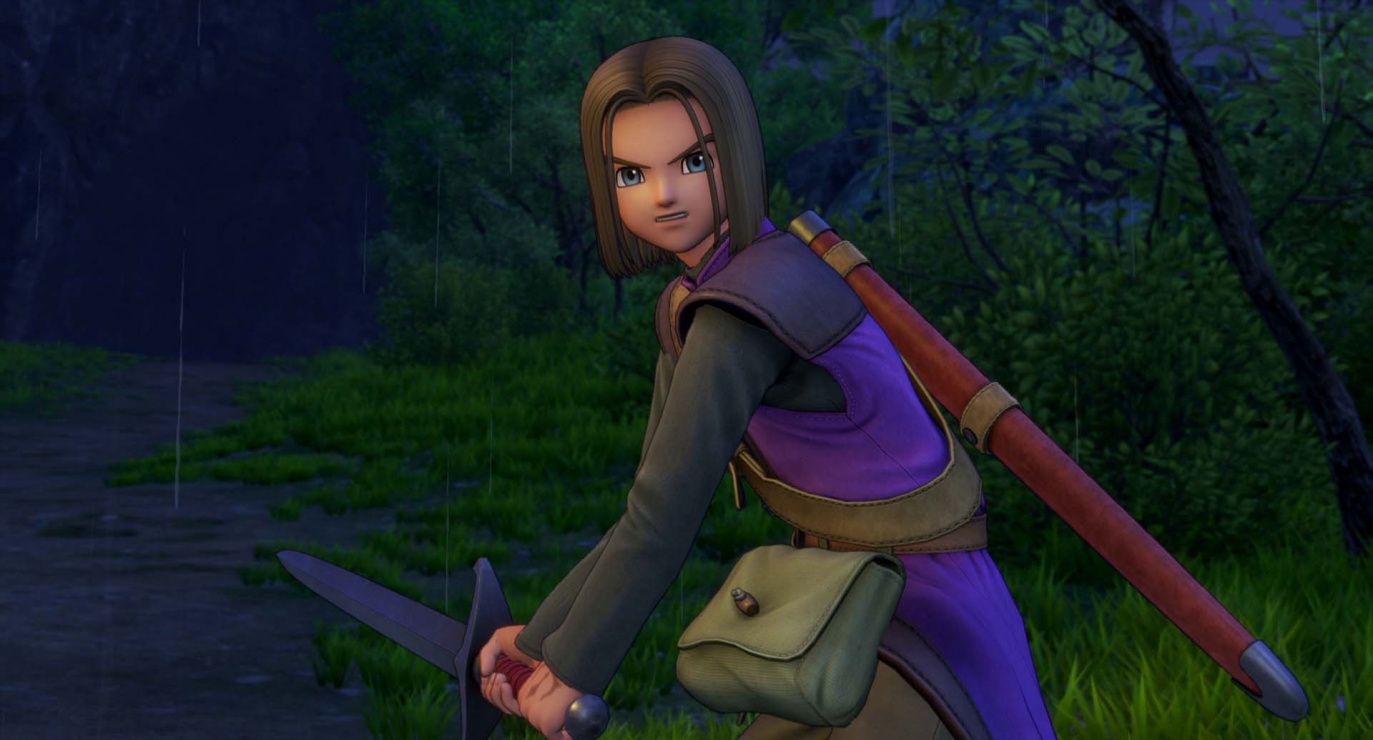 PC Steam Console Playstation Nintendo singleplayer rpg fantasy anime turn-based magic combat japan dragon
A young man, about to participate in his village’s coming of age ceremony, travels to a Sacred Stone alongside his childhood friend. After a series of unexpected events, this intrepid adventurer learns he is the reincarnation of a legendary hero from a forgotten age. The young hero sets forth into an unknown world on a journey to unravel the mystery of his past… but the welcome he receives is far from warm. Upon revealing his identity to the King, the hero is branded as “The Darkspawn” and hunted by a relentless army. Fleeing from his pursuers, the hero assembles a band of endearing adventurers who believe he is actually The Luminary reborn. The hero and his newfound companions embark on a quest that will take them across continents and over vast oceans as they learn of an ominous threat facing the world.
Share Share Share
Promote for 50G

You have a goal in life and friends on a bright and colorful world, this appeals to the male fantasy.

This game is fantastic.
What I love about the Dragon Quest games is that they don't try to reinvent the wheel with each game. They keep the core of what makes a Dragon Quest game a Dragon Quest game in tact, while only tweaking things here and there. With this game, the DQ franchise has surpassed the Final Fantasy franchise in terms of anything made in the last twenty years.
Now, I'm an old man (37) and grew up playing SNES RPGs and so I value turn based combat and being able to control ALL of my characters. This game delivers that very well. We all know that we spend the majority of our time in a JRPG in combat and this game doesn't disappoint for me. I actively always wanted to see what new skills I would unlock in the skill trees. There was tons of varied equipment and different sets to collect and the blacksmith upgrade system was oddly fun and addictive as well.
Graphics? Beautiful, full of vibrant colors and characters. More cartoony than realistic of course, but I personally like that.
Sound? I played with whatever music they had, but you apparently can download a patch with orchestral music. The voice work is solid and while I thought I would get annoyed at one character in particular, he was just both hilarious and heartwarming at the end of the day.
Story? Solid and serviceable. It's a Dragon Quest game. So the story isn't going to be Final Fantasy Tactics/Tactics Ogre levels of deep and complex, but it doesn't have to be. You will grow to love your merry band of misfits and their journey.
You will also get easily over 100-150 hours of game time out of this game if you are like me and wanted to do virtually everything and collect everything you can because you simply didn't want the game to end. Well worth the 60 bucks. Even better if you can nab it on sale.
I can't recommend this game enough.

Alright, this is by no surprise one of the best JRPG ever made. There are so many good design choices in one game which should inspire the future JRPG titles. Highly recommended purchase for any fan of the turn-based rpg~
Pros:
* 10/10 rendered cutscenes, super high budget stuff
* Beautiful graphics and animations
* All party members are getting character development! They have their own backstories and goals
* Battle system is still the same as the previous DQ titles except for the new pep-up skills
* Story has twists and its bloody amazing, it has so many surprises
* Character building is well made, it's using something similar to FF12's license tree
* Crafting is simplified which I'm not very fan of that, I prefer DQ8's experimental model over this one but that doesn't mean it's not good~ it's still a plus
* Costumes are a great addition to the game but sadly there is no costume slot... I want to use Bunny Jade... forever!
* High gameplay time that easily pays itself
Cons:
* No content from Switch version
* Post-game content levelling with metal slime hunting is boring.
* Side quests are mostly fetch quests, can get old quickly~
* The main villain is... how can I say... weak?
100%'d achievements in 90 hours on my first playthrough, 4 hours of metal slime farming, so many hours sink into the post-game content. It's a great JRPG that every fan of the genre must play.
My score is 9.5/10, because it lacks the content of Switch version~
It would be nice to get that version one day though.

I have never written a review for anything in my life, but this game deserves it. Coming from a competitive FPS console player, who switched to PC and bought this game ... mind blown. I know this game is on console too, and I've played a handful of other RPG games before, but nothing has ever kept my interest long enough to play it through completely - except for Skyrim, but the main storyline for that didn't last as long as this one did. 52 hours of main storyline gameplay, I hardly even played any of the sidequests yet, and did maybe about 2 hrs of just messing around in combat leveling my party. 52 hrs of amazing graphics, an epic journey, and intriguing turn-based combat. The details in the design, the diverse personalities of the characters, the fun voice acting, and the depth of the sounds ... best $60 I've ever spent in my life. I'm happy to be now drawn to JRPGs and the PC life, the bar has been set very high with this one. I was worried that it was going to be too child-like for me to even tolerate, but it ended up being the best game I've ever played. Never again will I spend $60 on a new FPS, now that I know what it really means for developers to put their blood, sweat and tears into a game. Thank you for this experience.

I am in shock at how much I like this game. Im a old school Nintendo dragon warrior fan and I was transported back. I was going to wait for a sale but i am glad I didnt because this made my thanksgiving!

This is the RPG you've been waiting for. Dear Square Enix, this is all you have to do to please your fans. Make games like this one.
It's highly recommended you play with draconian settings "strong monsters" as the normal difficulty is far too easy. The draconian settings feel just right however.