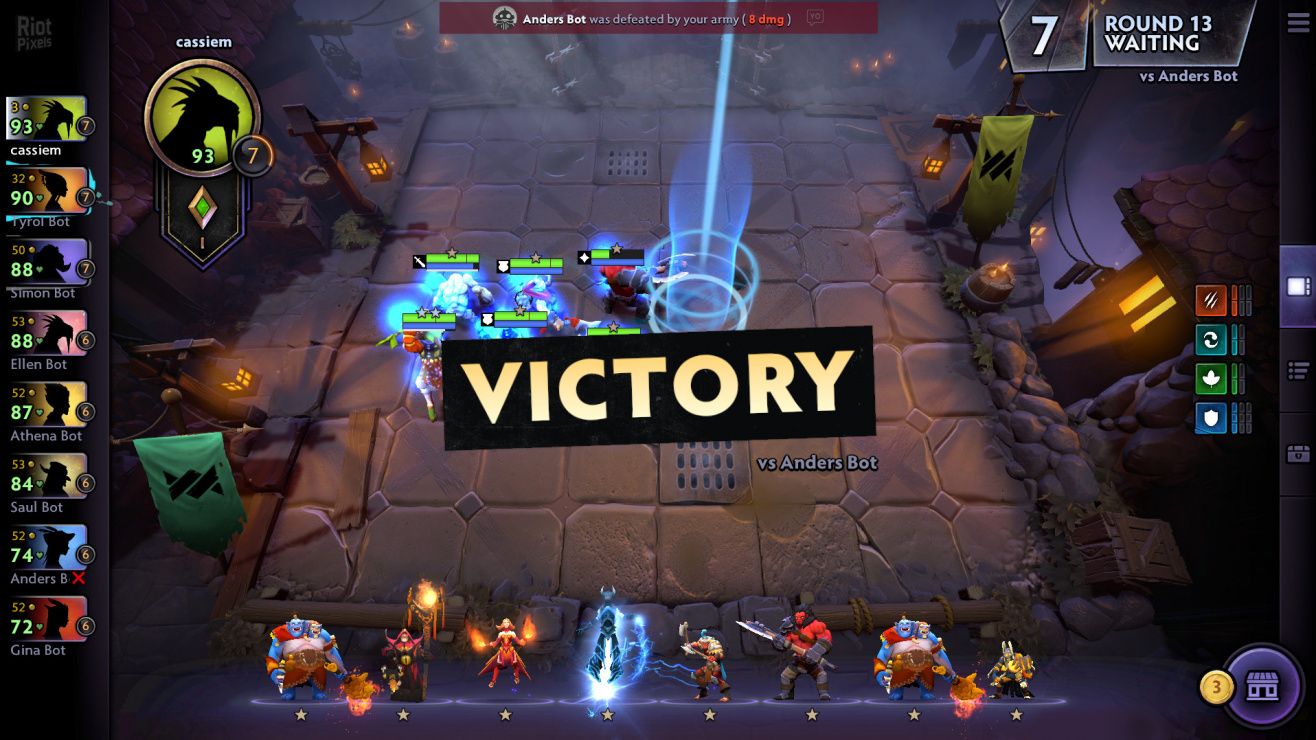 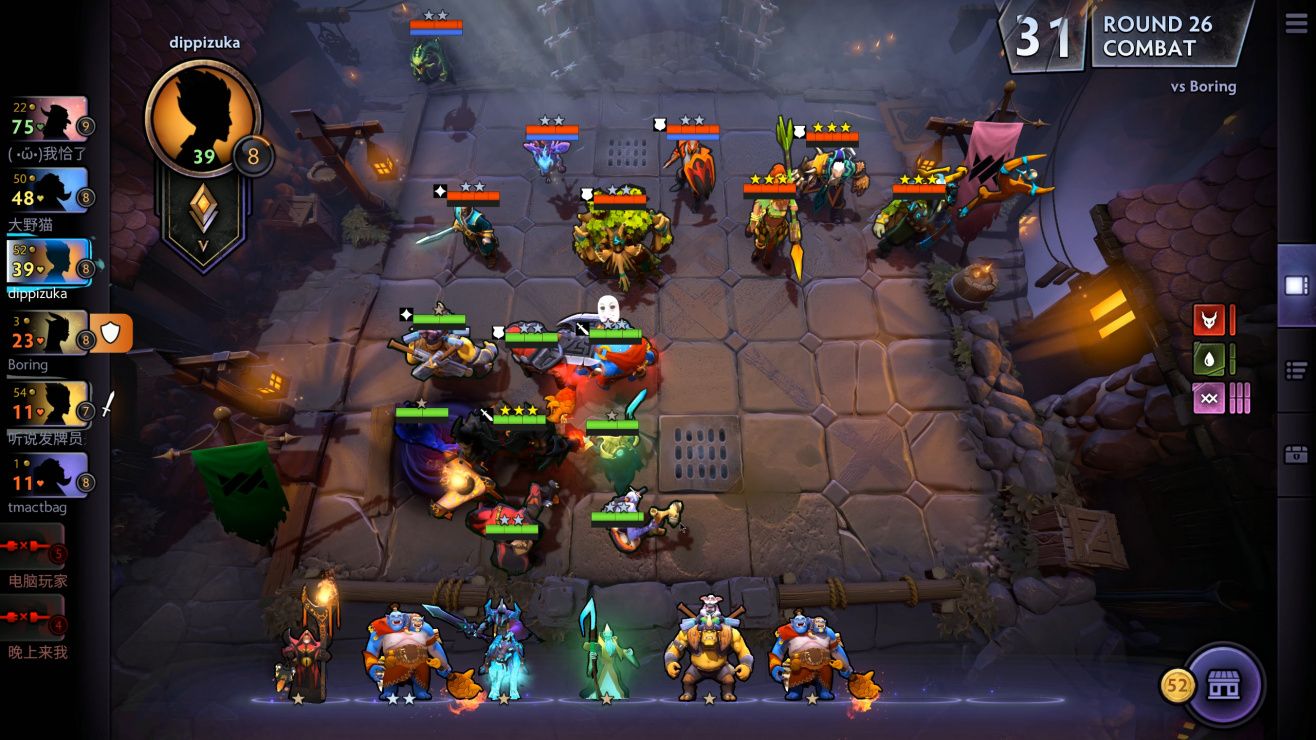 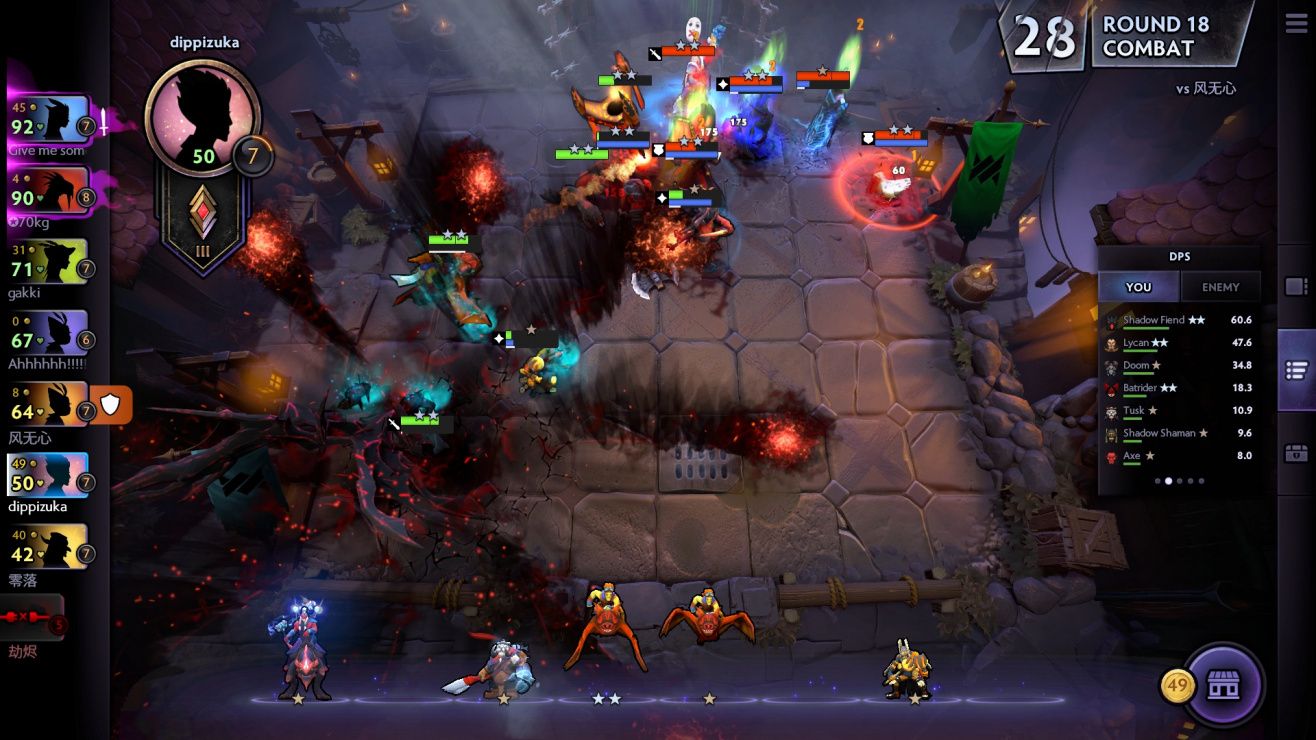 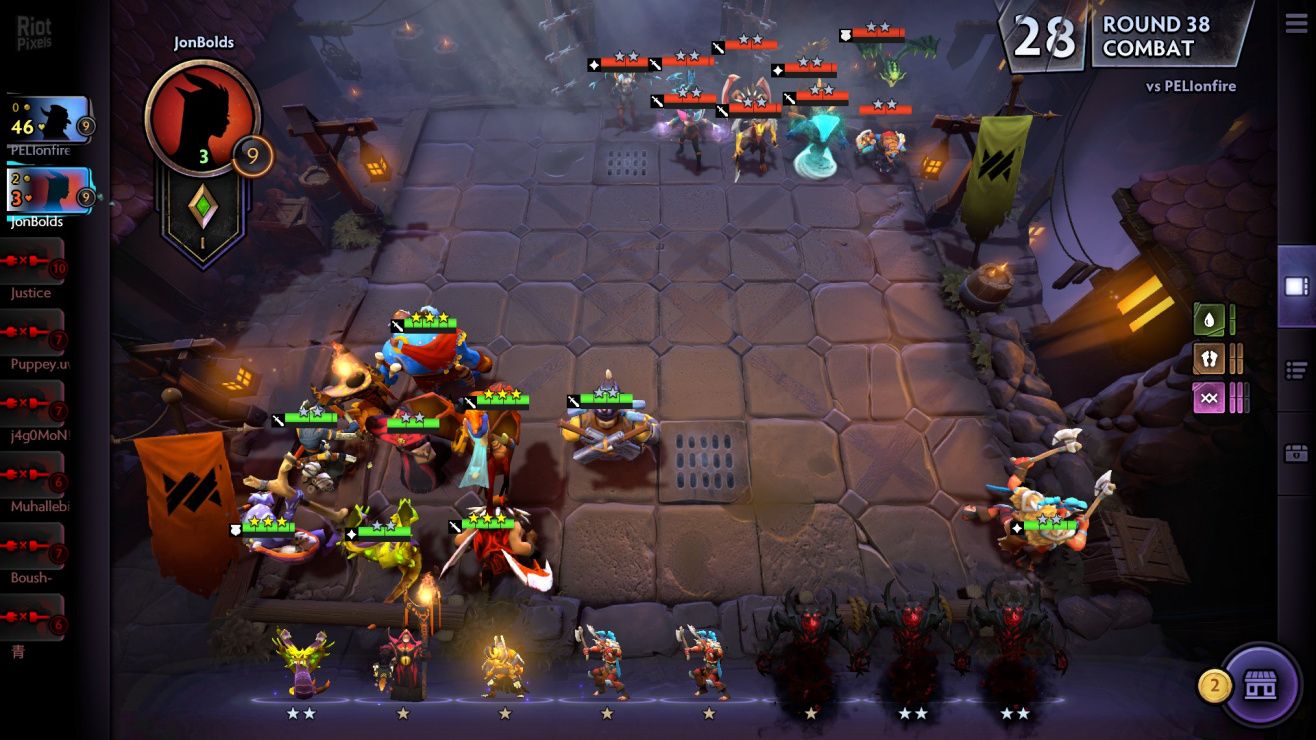 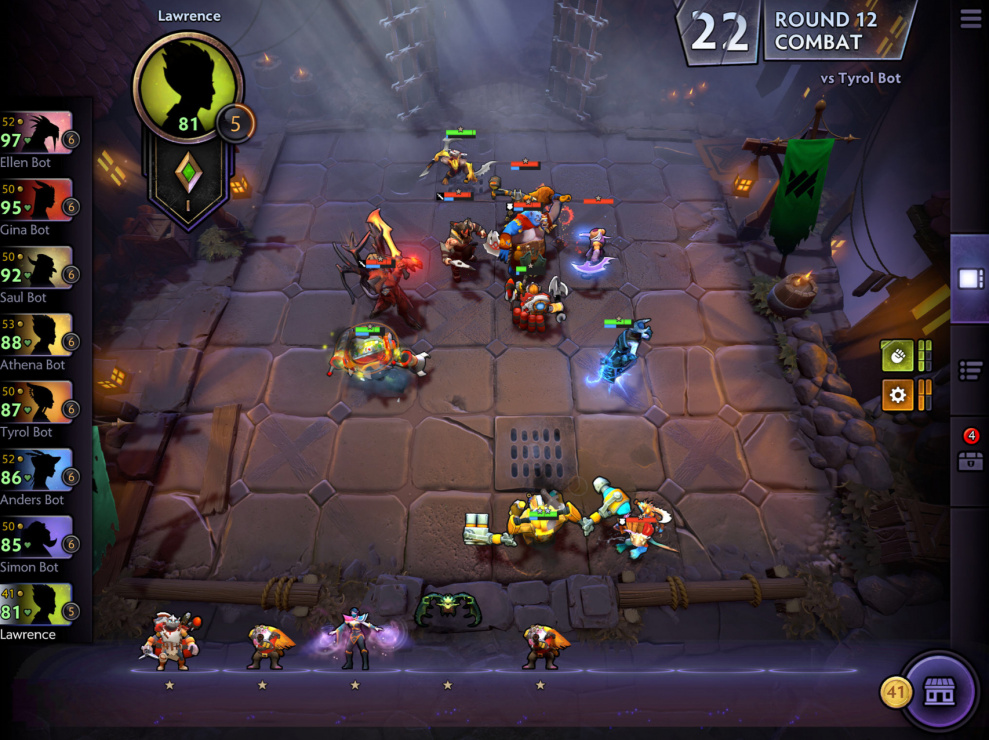 PC Steam multiplayer strategy Android Google Play single-player auto idle battler chess
Dota Underlords is a stand-alone game that pits you against seven opponents in a battle of wits that will have you building, combining, and leveling-up a crew in a battle of dominance for the city of White Spire. In this game, victory is determined not by twitch reflexes, but by superior tactics. Hire a crew and destroy your rivals in this new strategy battler set in the world of Dota. Recruit heroes and upgrade them into a more powerful version of themselves.
Share Share Share
Promote for 50G

Underlords had a pretty good start and I think a lot of the changes it went through were alright. It's a good game. Sadly, it is not getting support. Valve is a confusing company.
Artifact and Underlords. Both games Valve has pretty much abandoned. But why? Why tarnish their reputation? Now consumers are going to look at all their new games with apprehension.
We have seen time and time again of companies that turn around a crappy game into something great. Not to say underlords is crappy, yes a lot of people thought some updates were bad. Artifact? Yes it had a lot of problems. But they are FIXABLE and instead of caring for their games, Valve has left them to die, and let Riot Games surpass them and now they have lost a lot of customers.
Valve, please take care of your games. Maybe if Steam didn't make them so much money things would be different.

Dota Underlords is free to play and is an auto battler game.
Born out of the well known Autochess mod for Dota2 Underlords is a standalone game. A knowledge of Dota2 is not necessary at all.
You pick your heroes and place them on the chessboard and they fight by themself against the enemy heroes. Round by round you try to form alliances. "Stacking your team with allied heroes will unlock powerful bonuses that can crush your rivals." However, RNG plays a big role here, units you can pick are offered random every round.
Dota Underlords features crossplay between PC and mobile (Android/IOS). Your profile in Dota Underlords is shared across all devices (Steam login).
The game is fun and kinda addictive for a while. I personaly lost the interest after 177 hours.
The graphics are ok, from my point of view the original Autochess had way better graphics. It is even looking worse on mobile platform. But it is not all about the graphics...
If you are searching for a free online game as a time waster which you can also play with your phone, you should give Dota Underlords definitely a try.
Sounds 8/10
Graphics 6/10
Gameplay 7/10
Atmosphere 8/10
If you liked my review, please feel free to follow me and/or my curator group:

Dota Underlords is the same Auto Chess game from the Dota 2 mod but made officially by Valve. If you don't know what that is give "Auto Chess" a quick YouTube search and there's a few videos explaining the Auto Battler genre. This IGN video from 2019 gives a pretty clear overview of the genre despite its now outdated hype and footage.
The Good
Dota Underlords is a lot more streamlined and has a vastly improved UI than the mod and other competing Auto Battlers, with all necessary information now available in the in-game Rulebook (much better than scouring forums, YouTube and wikis for the basics on team synergies and unit stats). It's very quick to learn because of this and the very handy pauseable single player mode.
The game also has a lot of personality in its voicelines and cosmetics and the addition of the Underlords (special boss units) is a nice touch. The removal of the carrier unit/donkey is also a nice addition as items and gold are now automatically collected. The game also gets a nominal thumbs up for not including Pay-To-Win mechanics.
The Bad
Unfortunately it seems like Dota Underlords may have been put on life support as there's only been one major content update since release but that could very well be because of outside factors like Covid-19 (although it is worth noting that the Auto Battler genre is well past the fad stage it enjoyed in 2019/2020).
Other than that the only thing that the game suffers from is a lack of depth when compared to other titles in the genre, a symptom of the aforementioned streamlining of the game.
The Conclusion
At time of writing it's definitely worth trying considering it's free with no pay-to-win mechanics and is very quick to learn thanks to the stated Rulebook and pauseable single player mode. Give it a go.
The Competition
While we're here, it's also worth noting that there are currently three other Auto Battler games available outside of Steam that are Free To Play as well. These are Auto Chess by Drodo and Dragonest Co.Ltd (the original Dota 2 mod team), Team Fight Tactics by Riot and Might & Magic: Chess Royale by Ubisoft.
Might & Magic: Chess Royale is the most divergent title in the genre and tries several things to shake up the formula. None of these are worth mentioning however, as the game is flat out not worth your time due to it clearly being a straight mobile port with no thought to desktop use that's also riddled with Pay-To-Win mechanics.
Team Fight Tactics is a very good offering and plays almost identically to the original mod, with a couple of innovations here and there. It's by far the more in depth offering and ultimately the better game but suffers in the UI department when compared to Dota Underlords. Migrate to this if you find Dota Underlords too shallow.
I have yet to play the standalone release of Auto Chess but will update this when I do.

If you love DoTA and its universe - it's a game 4u.
I love this game.