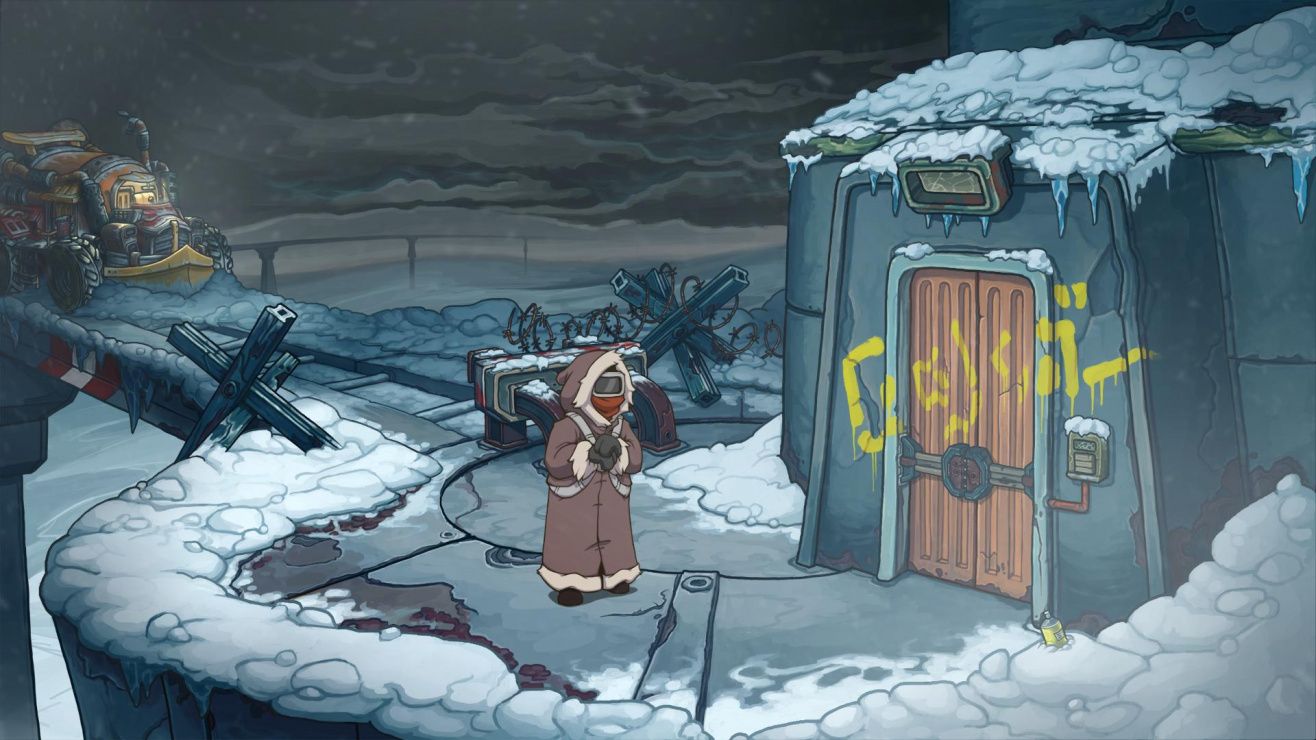 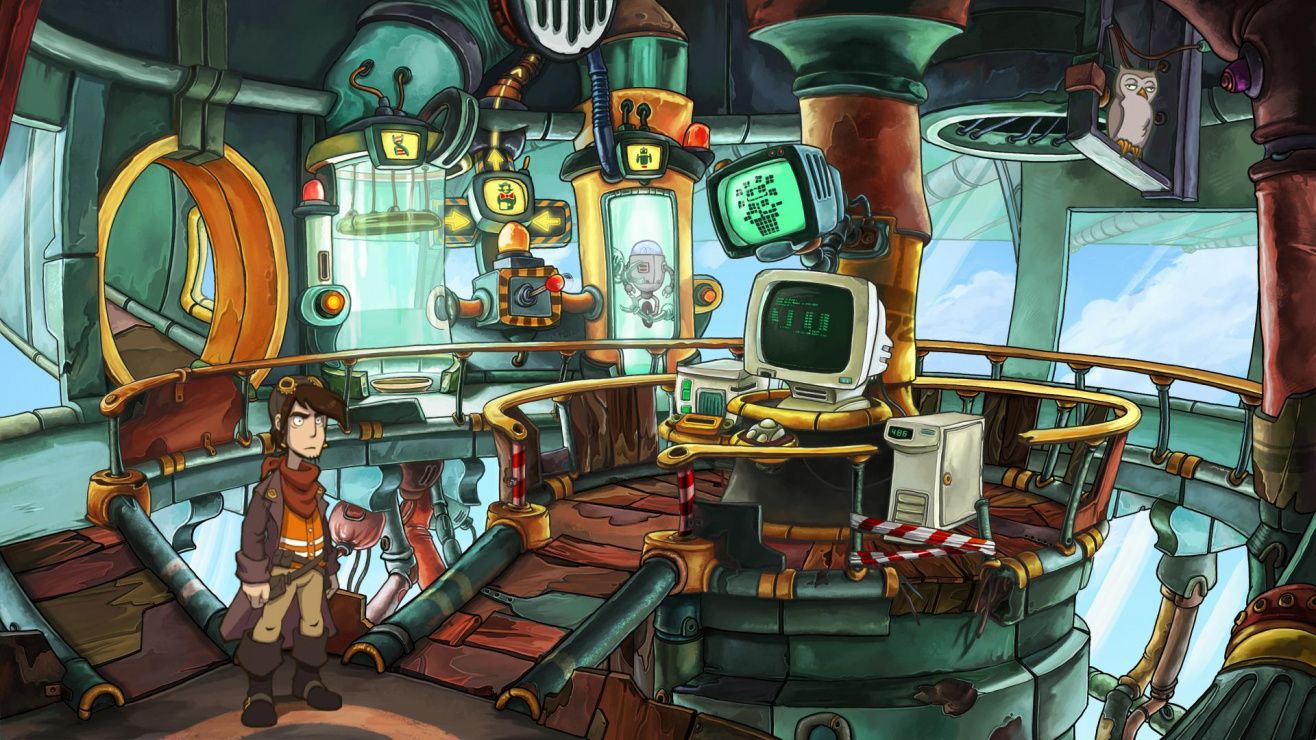 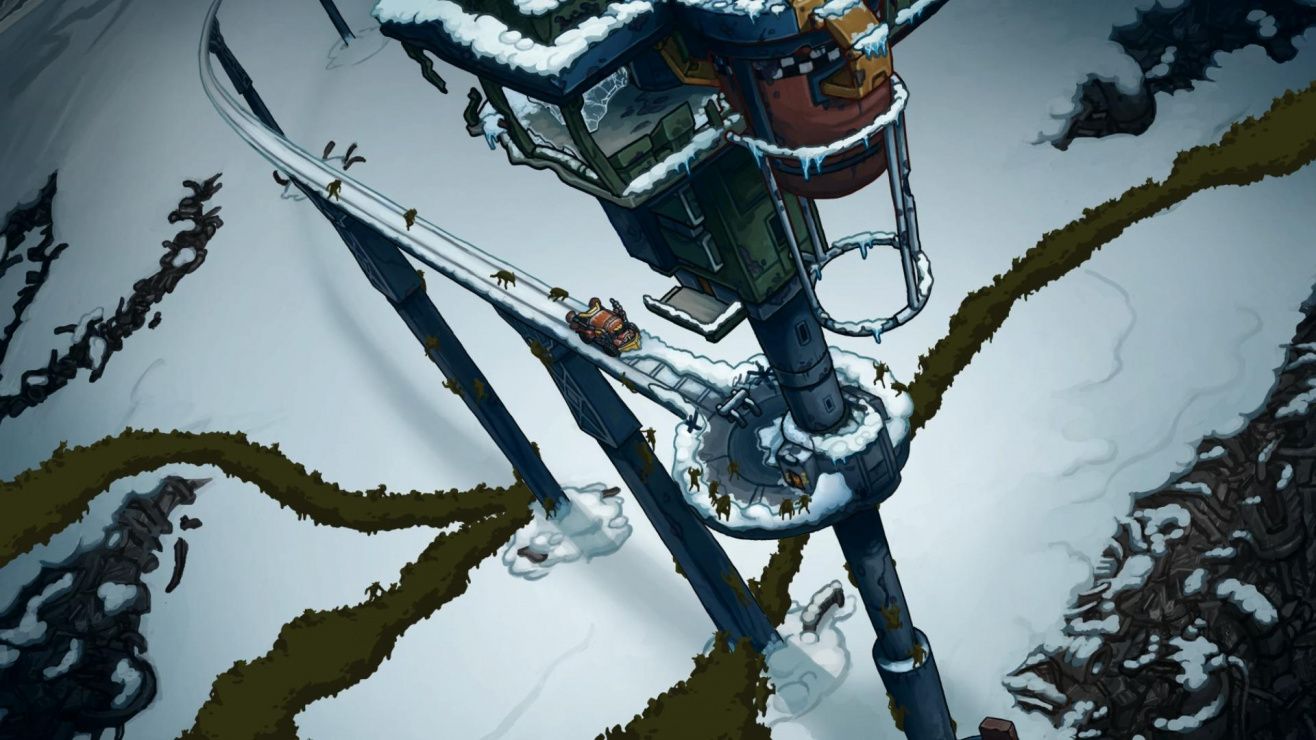 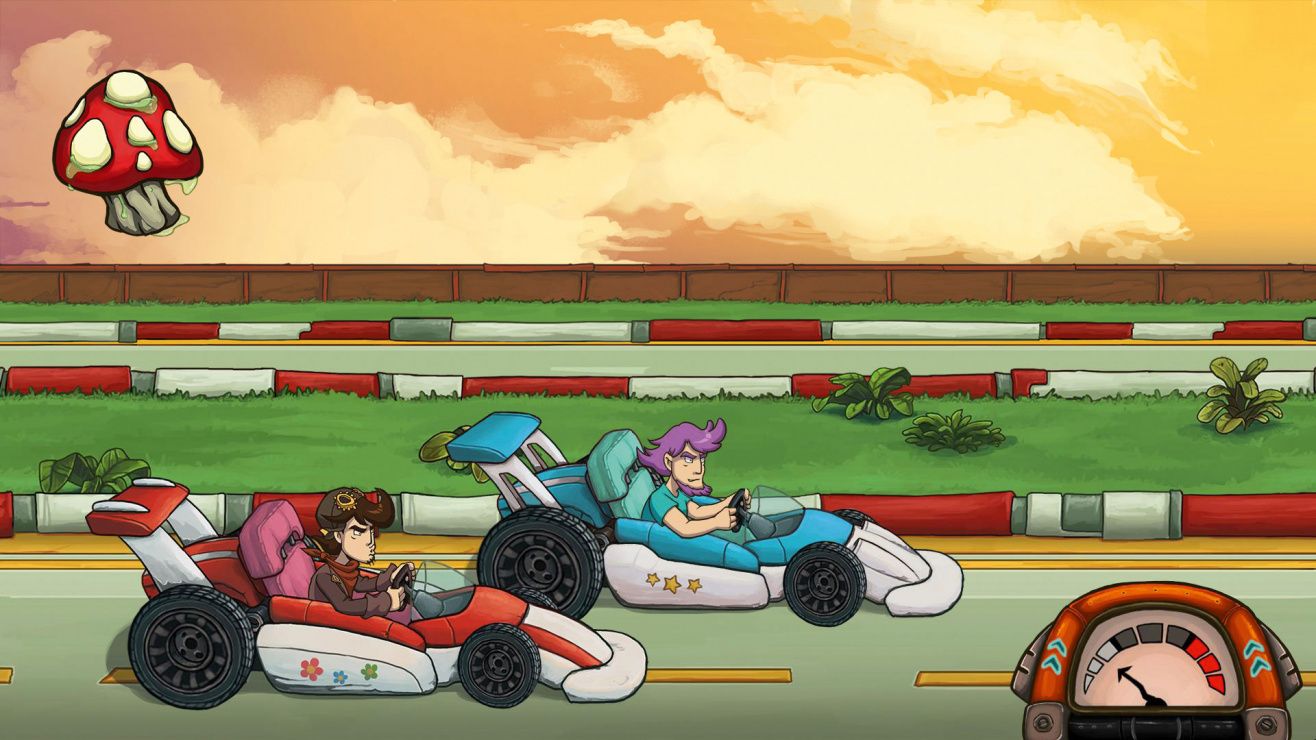 adventure comedy funny indie puzzle story time travel
One fateful night, Rufus awakes from a haunting nightmare: he sacrificed himself to save Deponia. But at what price? Elysium, the floating city crash-landed on the planet. As the last surviving Deponian, he fought savage fewlocks, but in the end, there was only one way out: He had to blow up Deponia! And... He grew a mustache. Of course he realized that these gruesome events -especially the mustache part- had to be prevented from ever happening. Deponia and his well-shaved face had to survive! But was this really just a dream? Dive right into this frantic sequel of the Deponia cult-trilogy and join the chaotic anti-hero Rufus on his most peculiar adventure. Even without knowing the previous installment, the hilarity of Deponia Doomsday will have you cracking smiles and burst with laughter. Get enthralled by the bizarre humor and the uniquely designed world and enjoy the largest and longest Deponia adventure of all time.
Share Share Share
Promote for 50G

Well, the ending was a bit of a mess, but the rest was actually pretty self-consistent. Still a better time story than Endgame.

In short - Play this game, but don't bother finishing it if you get stuck.
The characters, dialogue, and overall pacing of the game are amazing. It's definitely worth playing. An even better installment than the previous 3.
More logical too, only had to use a walkthrough 3 times in this one.
However this game has a critical flaw in that the ending basically negates your entire playing experience. As the end you walk out feeling as though the entire game has wasted your time. If you didn't like the ending of Deponia 3, this game will feel like it cheats you even worse.

There was absolutely no way of making a sequel to Goodbye Deponia that doesn't destroy its perfect ending...
Except for this, the most complicated time travel story of all times, that manages to save that ending and even make it better.

A huge middle finger in the face of those who disliked the ending of original trilogy.

This game feels at once like a "truer" ending to the Deponia series, as well as a new beginning, and if that seems paradoxical now, you must play it; you'll get it by the end..? Goodbye Deponia was much too heavy-handed in its tragic conclusion, much too premature and pretentious. This game actually walks you through the steps in proving that the themes in the original trilogy were authentic and, as you might expect, the outcome necessary. But do not think that this review has spoiled anything; the twists and turns are impossible to predict, though never do they feel arbitrary. Additionally, not only are the lead characters finally developed to their utmost heroic extent, all of their errors turned to likeability by the end to end all ends. The game also succeeds in striking a balance between technical simplicity and a convoluted plot that nonetheless comes out so smoothly that you just might feel the start of a tear. And as I've stated to begin with: (since I feel no recrimination in my redundancy now) the beauty of the ending is that it could be the start of something new. It only does not HAVE to be. All truly Great Endings feel that way. This team has finally succeeded in writing modern myth. Great Things Come in Fours!!!!

There are many endings. The right one is the one you choose.