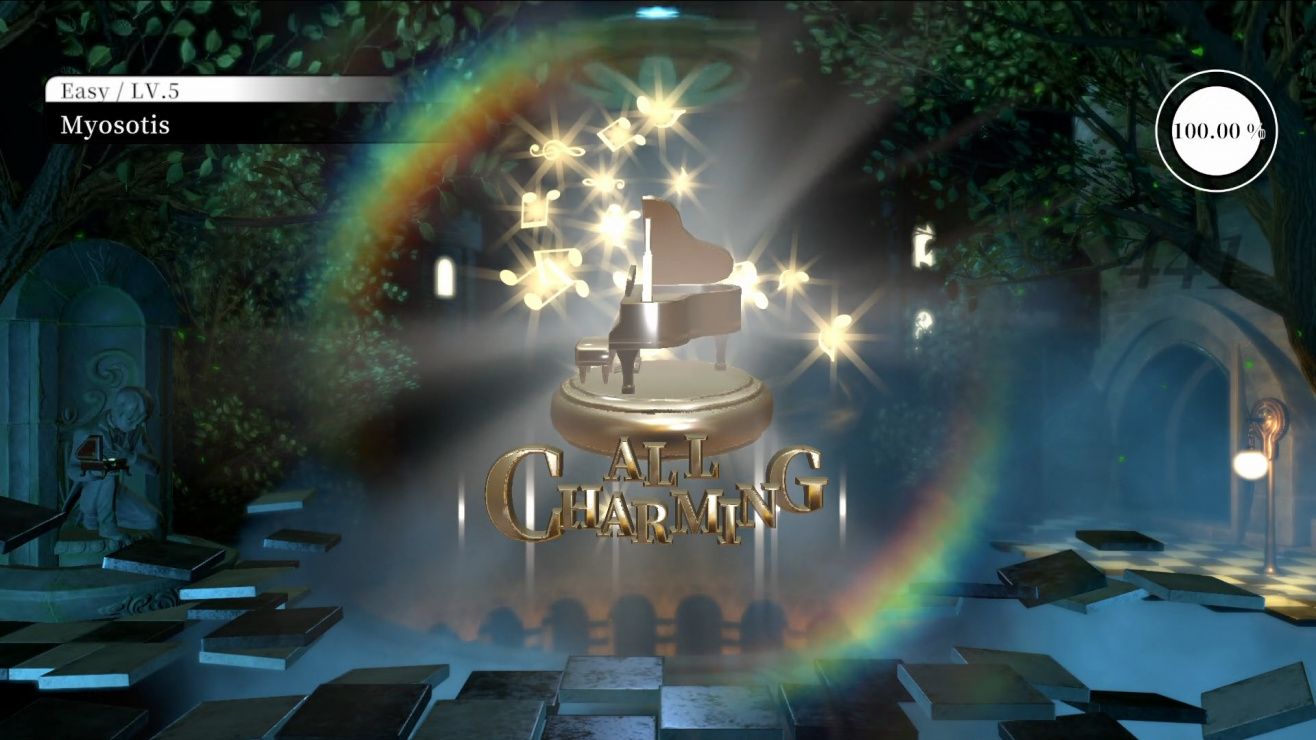 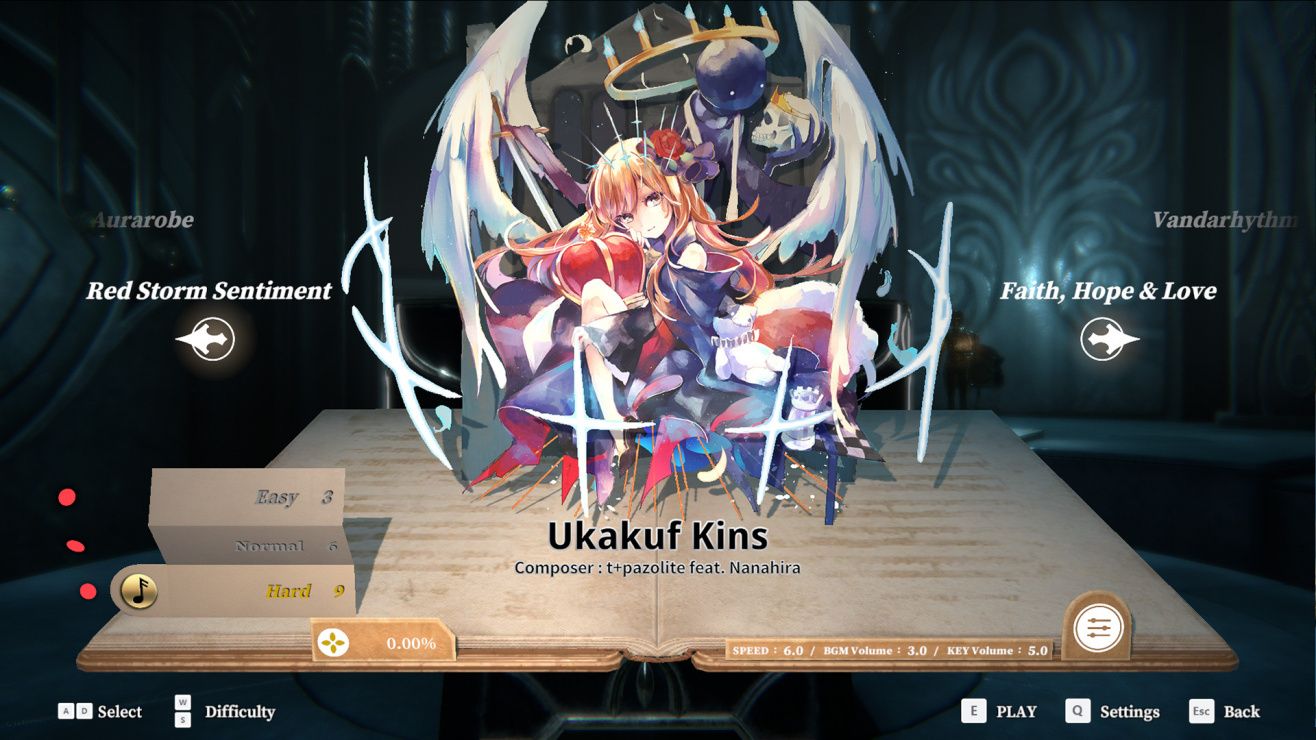 PC Steam Console Playstation action adventure singleplayer rpg story
DEEMO -Reborn- is Rayark's classic game DEEMO. The fully 3D immersive journey will intoxicate you with the elegant sounds produced by you on the piano, as well as with the adventures you discover in this fairytale world. A girl who fell from the skies and lost her past; Deemo who plays the piano all alone in the world of the treehouse; an accidental encounter between the two. A Classic Reborn: Centered around an ancient castle and a mysterious tree that grows when melody is in the air, control the little girl who has fallen from the sky and help her find her way home.
Share Share Share
Promote for 50G

Now i can cry in HD

Deemo is an incredible experience and one of my favorite games of all time. Rayark always creates well made games and Deemo Reborn is probably the best game in their entire catalog of A+ grade titles. I've already played through the entire game on PS4 but purchased it again because they deserve the money.
Hopefully we can also get Deemo 2 on Steam when it comes out along with a PC port of some of their other games such as Implosion, Sdorica, and Soul of Eden.
EDIT 9/14/20: I have created a mod/tool for the game that adds support for Ultrawide/4K, soft key rebinds, global song BGM/Key sound adjustments, and easy save backups which can be seen here:

I love Deemo so fucking much, you have literally no idea. Every time I launch into Deemo Reborn on Steam, the gentle piano that greets me will never cease to calm my spirit. Timing the home screen sound effects correctly to the background music gives me a shiver unparalleled by any medium. Walking around the castle as a little girl was never my dream growing up, but I can tell you it is now - the trickling water in the original Piano Room sets up an ambience that makes me rock hard for playing a melodic instrument. The difficulty levels in this game are balanced so well that I can rub one off while listening to the best music ever produced on this holy landscape, the gentle notes of M2U, Nicode, Mili, and many others tingling the very most primal parts of my being. I swear I've seen heaven at every slider note. If you get tired of rocking out at max speed 9 on Myosotis (as if you could ever), you can always explore the castle and solve a variety of charming puzzles, all which complement the game lore excellently. Speaking of, this game HITS, man. Slowly discovering the sad tale this game weaves as you grow the tree, explore, and play piano, leaves you with a sad aftertaste that makes you want to play the game ever so increasingly. For months on end, ever since the game's release, I've returned home after my laborious work to be privileged by the glorious presence that is Deemo Reborn. Nothing has ever brought me to tears as this game has, and nothing has ever made me appreciate life more than this game has. I love Deemo, so, damn much.

i came to piano plin plin not cry

The jump from mobile to PC isn't an easy one. And while I haven't spent a ton of time on this game yet you can see the potential. The controls take some getting used to, but the "new" world the devs have made is awesome. I literally yelled when I saw the worlds were now 3D, and I'm really enjoying the puzzle aspect which wasn't too present in mobile. The only thing I wish the game had was the ability to set custom bindings as my fingers tend to drift one key to the left. Congrats Rayark, this is a solid game.

DEEMO -Reborn- is a musical, beautiful & charming experience, in which it combines
rhythmic arcade-ish gameplay (hitting keys at the right time, in the same essence as OSU!mania/DJMax etc)
& solving clever and semi-demanding riddles/puzzles, so that you can unlock more songs to play, more areas to explore
& to progress the story further.

The Story is quite mystical & very emotional, with many but short cutscenes and a few dialogues that explains what's going on. Voice over is only in Japanese (with english subtitles ofc)
Graphics & the general atmosphere is cute and dark at the same time, while animations/moving & exploring the castle is quite joyful and fast since you can teleport to any unlocked room at any given time.
The OST /Performed songs of it is nothing less than phenomenal, that could be labeled as experimental~neoclassical.
Featuring renown Artists like M2U, Nicode, Rapbit and many many more, it has imo one of the best scores you can find in any official/licensed music game out there. The only downside is that some songs were removed from this version,
due to some political issues, but as someone who made his first contact with Deemo on steam, it didn't bother me that much.
Difficulty wise, the riddles and puzzles , as mentioned above, are neither too hard neither too easy, maybe a few tones down from the Room trilogy. Music Charts on the other hand , have 3 difficulties ~ Easy ~Normal ~Hard. Easy in most songs is a walk in the park, normal is the right way to go while Hard ones are bloody hell. Each chart has a given diff value scaling from 1~10. To progress the story and complete the game , you can simply finish required songs to do so on easy
BUT if you're a completionist and you aim for 100% get ready for a big challenge , since (only) 2 achievements require skillful and high precision scoring ( 1 being having ALL perfect notes in 30 different charts while the other is having an average 80% in ALL hard charts) It took me personally ~70 hours to 100% and I didn't regret a single second, considering the challenge was fulfilling & the majority of the songs were a joy to listen & play to.
All in all , DEEMO - Reborn - is a game that should not be overlooked by fans of the genres it covers, it's a great start also for newcomers and I'm pretty sure many may consider it a special gem.