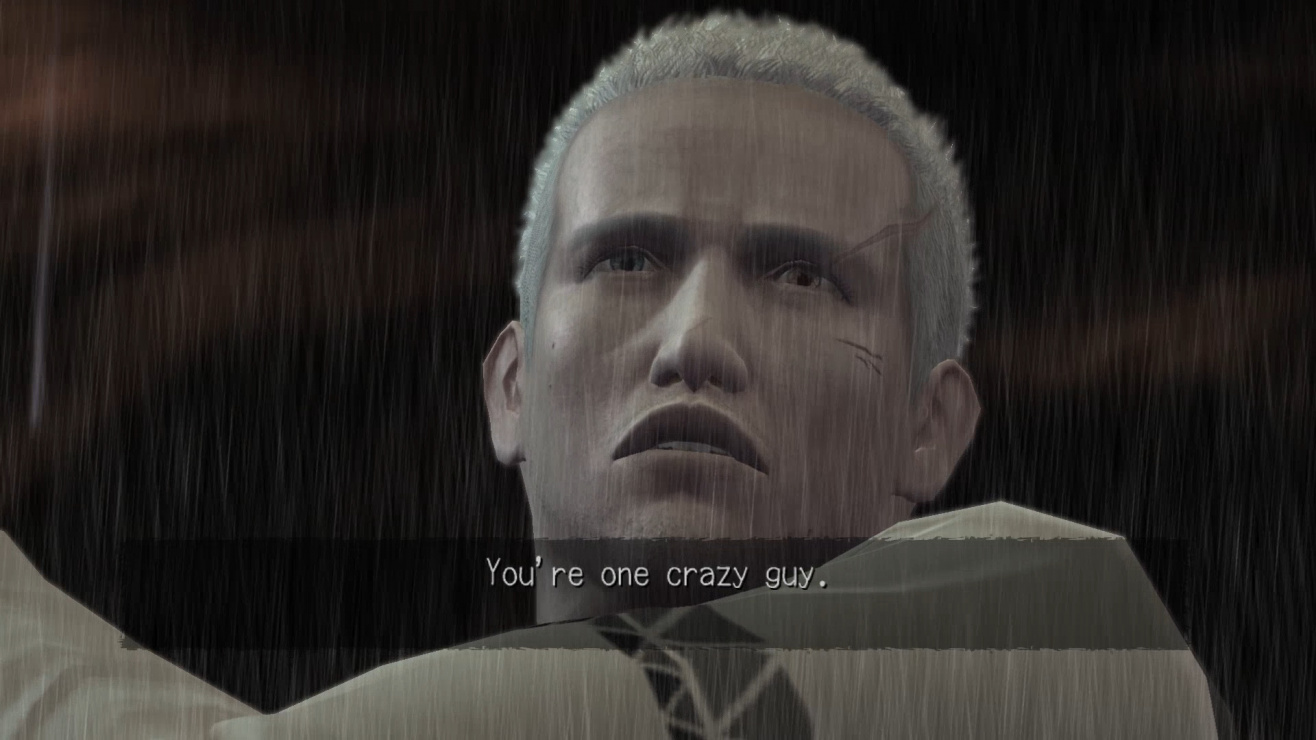 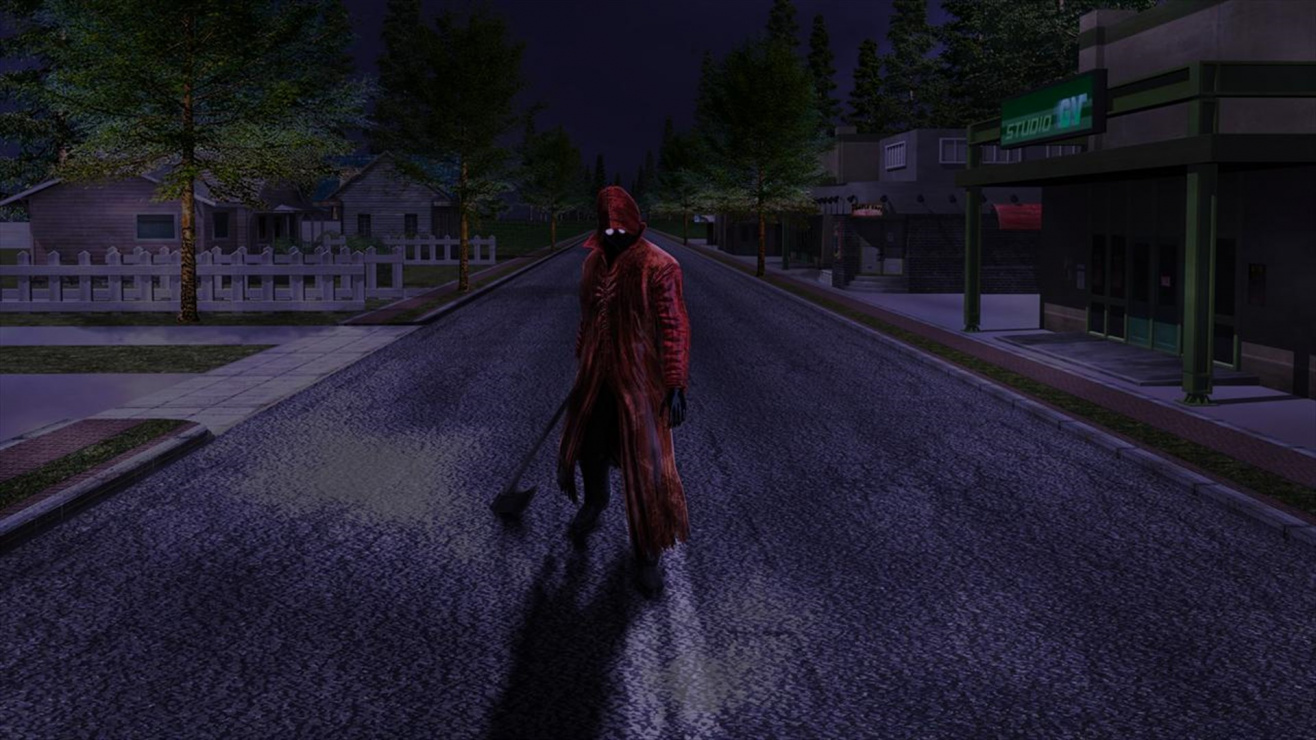 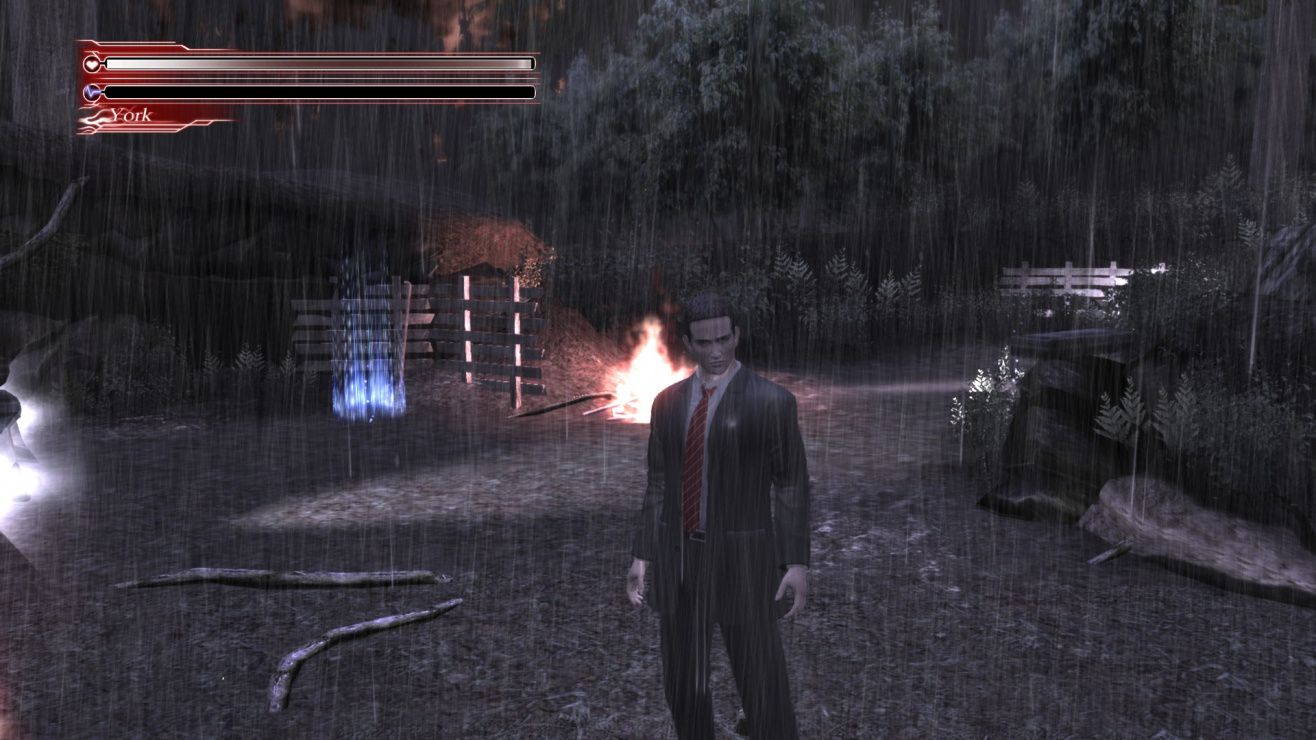 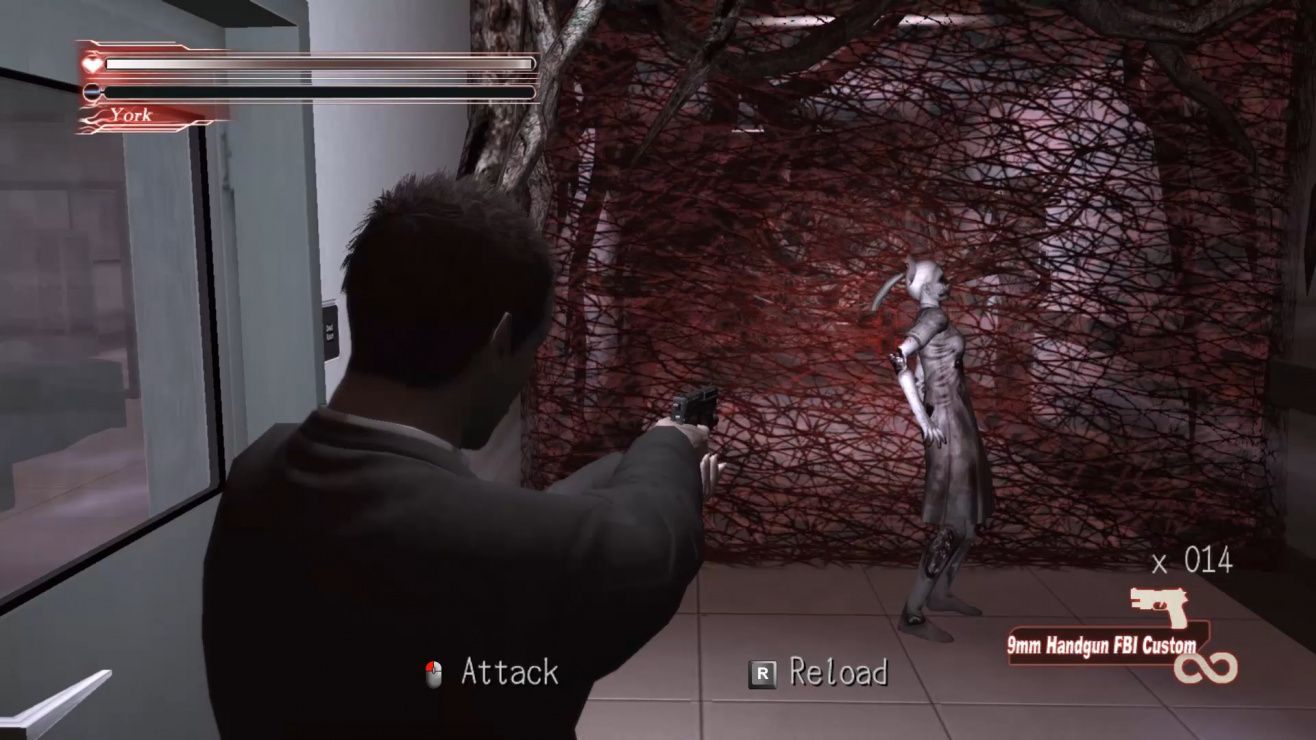 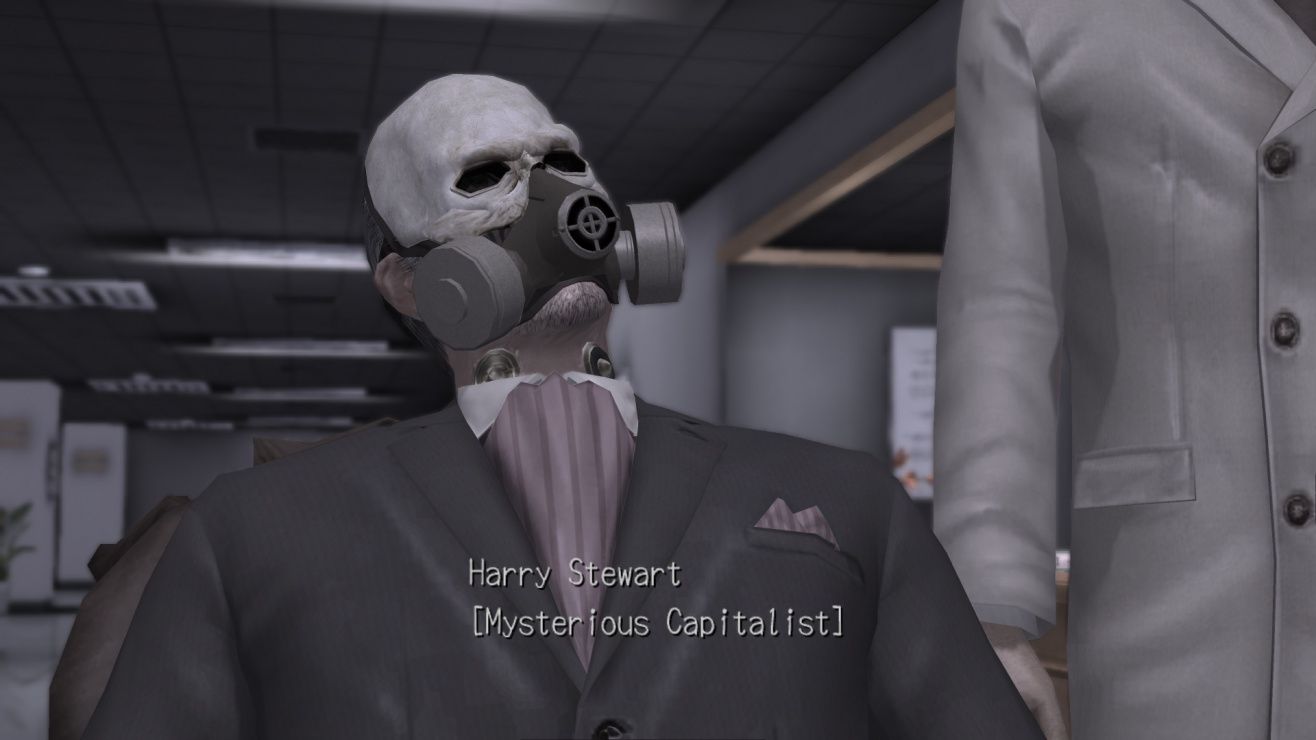 action adventure horror open world singleplayer story
Playing as special agent Francis York Morgan (call him York – everyone else does), it’s your job to investigate the brutal murder of a young local beauty in the town of Greenvale. Amidst the backdrop of soaring mountains and a small American suburb, York must solve the mystery of the Red Seed Murders and stay alive in a place where supernatural creatures and a mysterious raincoat-clad, axe-wielding killer seek to end his investigation for good. Part suspense-filled horror, part action-adventure game, Deadly Premonition offers an open-world experience packed with locals to meet and places to discover, as well as numerous side quests and mini-games that will help you solve the murders and uncover Greenvale’s deepest, darkest secrets.
Share Share Share
Promote for 50G

A lot of respect is paid to intricately marvelous technical accomplishments in AAA blockbuster releases, but I expect a game with a budget to rival the GDP of a small nation to have a few tricks up its sleeves, to show us rope moving as we have never seen rope move before within a digital space. But it’s much more spectacular to find it here, in this game that seems as if it should not exist salvaged from an innocuously titled project called “Rainy Woods” and made on a budget similar to my annual cigarette purchasing expenses. In a AAA game, I will ooh and aah at a passing semblance of genuine physics expressed upon a wire. In Deadly Premonition, seeing the scene or two where York enacts a reasonably rendered facsimile of pulling a sheet over his bed-bound body seems like a miracle. It is finding a pot of gold at the end of a rainbow. It is seeing a unicorn on a walk through the woods.
So much of Deadly Premonition works on that level – the common refrain is that it is a bad game, possibly a game so bad that it’s good. But, let me tell you a secret, lean in close – it’s actually a good game. Just out and out, a good game. It looks bad, feels worse, sounds confused, likely smells funny, and now courtesy of a Switch release with a don’t-eat-this coating on the game card even tastes bad. But it’s a goddamn good game, because under an obfuscating morass of outdated gamemaking it is full of moments that reflect and even outshine modern games. And that, from a title that originally released 10 years ago.
There is, for example, a surprise after every meandering low-impact Resident Evil 4 inspired shooting sequence. Not a surprise as in a GOTCHA but a surprise as in a dramatically rendered murder scene that transcends Lynchian inspiration and becomes Fulleresque, reminiscent of the dramatic death tableaus of Hannibal that would populate network television three years after this game’s release. And even more dramatic than the visuals are the characters reacting to them, characters built in fits and starts in ways much more accomplished than many other games – Emily Wyatt, the traditional Woman Who Can’t Cook who is also the only big city transplant in Greenvale expressing unequivocal horror that something like this could happen here. Meek and effeminate Thomas Maclaine who treats the investigation to lunch on a daily basis, finding time to hone his cooking craft despite late nights tending bar at his sister’s place, eating lunch to be inevitably regurgitated. George Woodbridge, the handlebar mustachioed sheriff with dumbbells called Arnold and Sylvester and an ailing mother who is stricken by how impotent all his power, physical and institutional, seems to be in the face of such grisly crimes.
Each of these things are surprises. To feel such attachment and empathy for these characters is testament to how well the game captures its tone of a small town full of small people caught up in something awful and big. Outside of these big moments, life goes on in Greenvale like a quiet murmur punctuated with sudden shouts. There are 27 named characters, one for literally each letter of the alphabet (and two for I – twins Isaiah and Isaac, the cherubic manifestations of small town innocence in York’s dream sequences). Each of them have their own stories to varying degrees, ranging from the General Lysander’s veteran status haunting his graveyard to gas station owner Jack the Raging Bull who just wants bribes in the form of $100 bills to converse with. Lynch’s log lady here finds a sort of analogue in Wandering Sigourney who makes her way around town with a pot, its contents a mystery but always growing cold and necessitating York giving her a breakneck ride home to reveal...literally nothing. An amusing subversion of any Twin Peaks fan’s expectations.
I could talk all day about how bad those drives are, how the controls for vehicles feel like driving a Matchbox car down a waterslide and no passengers make any remarks as York careens into poles and shrubbery. I could talk about the weird pointlessness of the action sequences, evidently a publisher mandate to make a more salable game and actually quite decent considering that but superfluous nonetheless. I could talk about how when York goes fishing, he can catch anything from fish to trading cards to ammo and all but the first of those is represented with a big flat icon on the end of a hook in York’s hands rather than an actual object.

That’s missing the rainy woods for the trees when this game, more than absolutely any other, is greater than the sum of its parts. This is a game where the phrase “games as art” appears twice on its Wikipedia page – a full ¼ as many times as the phrase appears on the page “Video games as an art form.” That may be perhaps overselling it a bit – the tail end of the game has a sudden series of boss encounters that wouldn’t be out of place in a JRPG suggesting that the developers ran as fast and hard as they could to make art but the fact they were making a game still caught up with them.
Still, for most of the game’s 20ish hours it exceeds the expectations its own presentation brings on to provide a fascinating, often funny, sometimes frightening, consistently human take on small town America as filtered through a specific sort of American television. Agent Francis York Morgan – his friends call him York – is among gaming’s most memorable and idiosyncratic characters even as he functions perfectly within the narrative as an outsider to Greenvale on par with the player. And for most of the game, his asides to an unseen “Zach” seem like they might as well be whispers to whoever is on the other side of the screen. With York as a vessel into this plasticine pastoral world, this clearly mechanical simulation full of life, the player is led into one of the most remarkably unique games in the medium.

Bad graphics, terrible level design, boring combat, awful driving, annoying QTE, schizophrenic sound mixing. A console port so horrible that made me curse out loud with it's constant crashes and required custom patches to fix everything.
Still one of the best games I've ever played with one of the greatest stories in videogame history.
10/10 gonna buy the sequel at day one. Dead fucking serious.

The best worst game I've ever played. The core gameplay feels clunky and at times even broken. Yet the characters & setting surrounding it sells this unusual experience like no other, making it stand as a masterpiece on its own terms.

If you're game isn't starting and is having the same problem as me, try this:
Go into wherever DP is located, probably Steam > steamapps > common > Deadly Premonition The Director's Cut
Then go into the folder 'redist', scroll to the bottom and open PhysX_SystemSoftware
Once you opened that, use the repair option, and then the game should open normally.
Have fun!