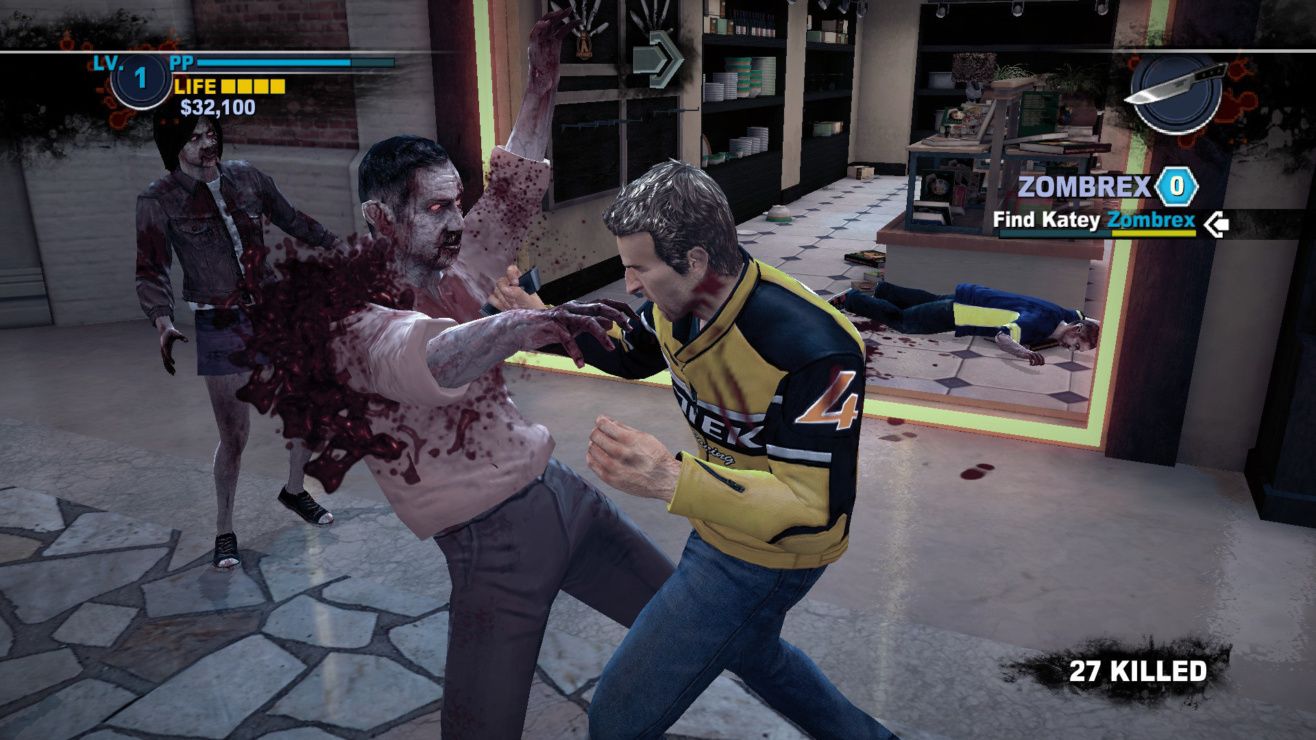 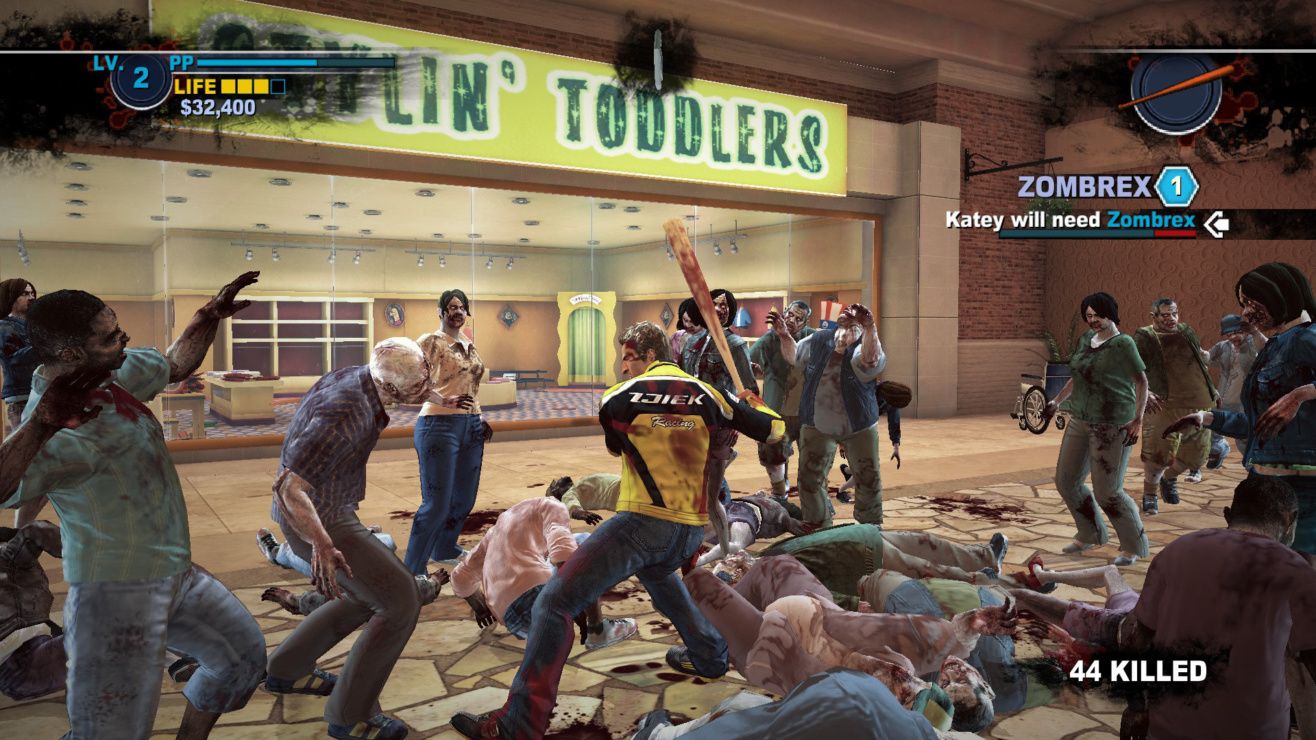 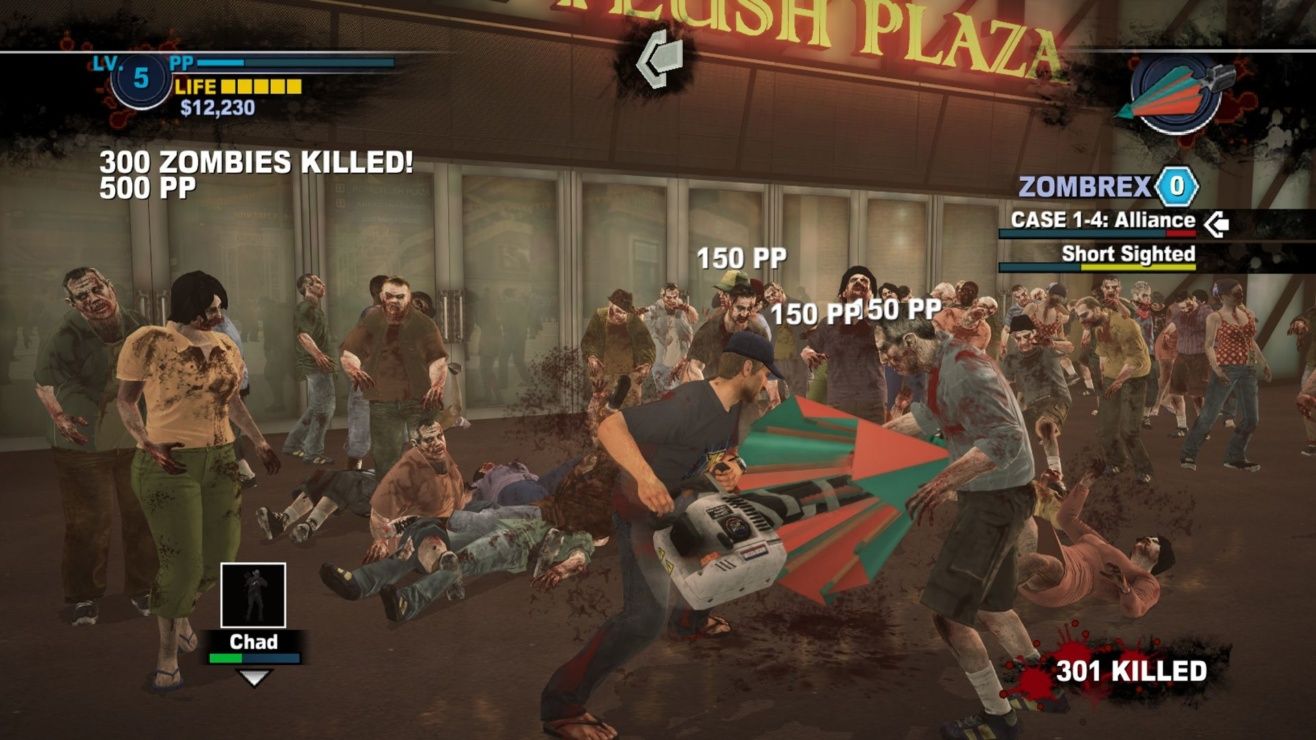 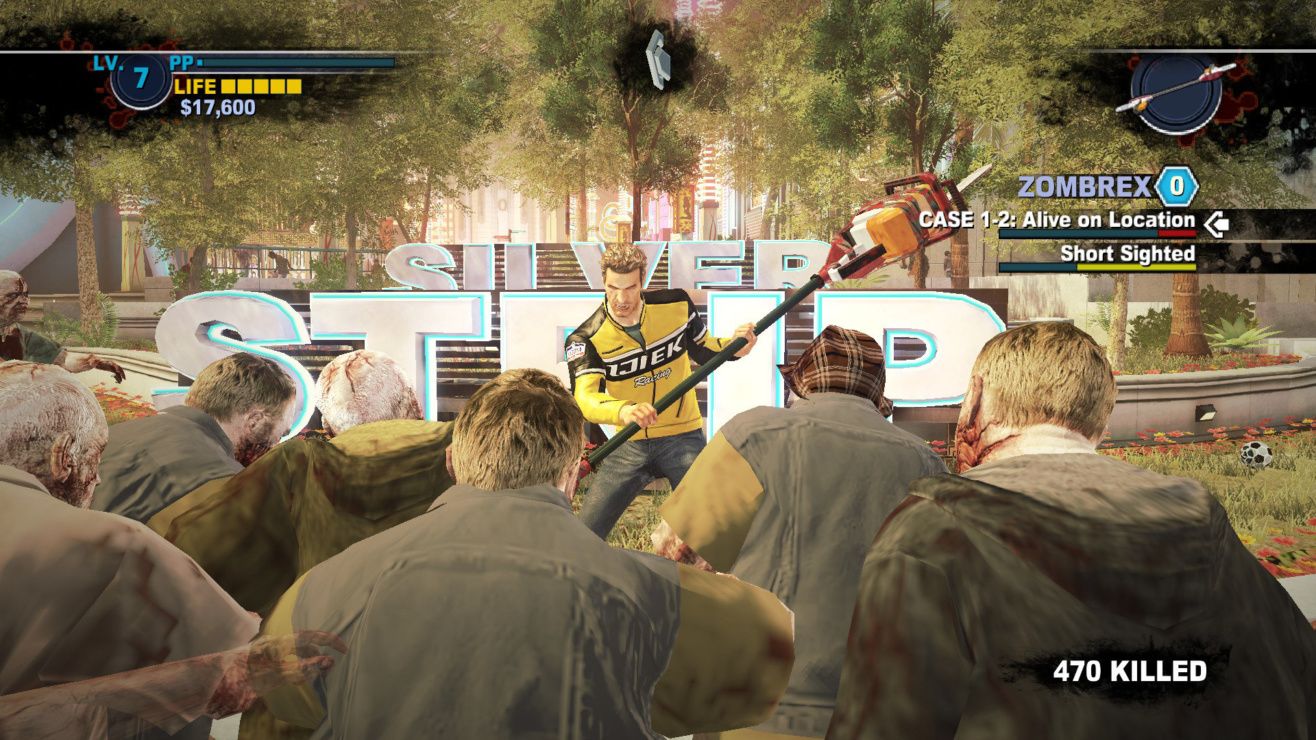 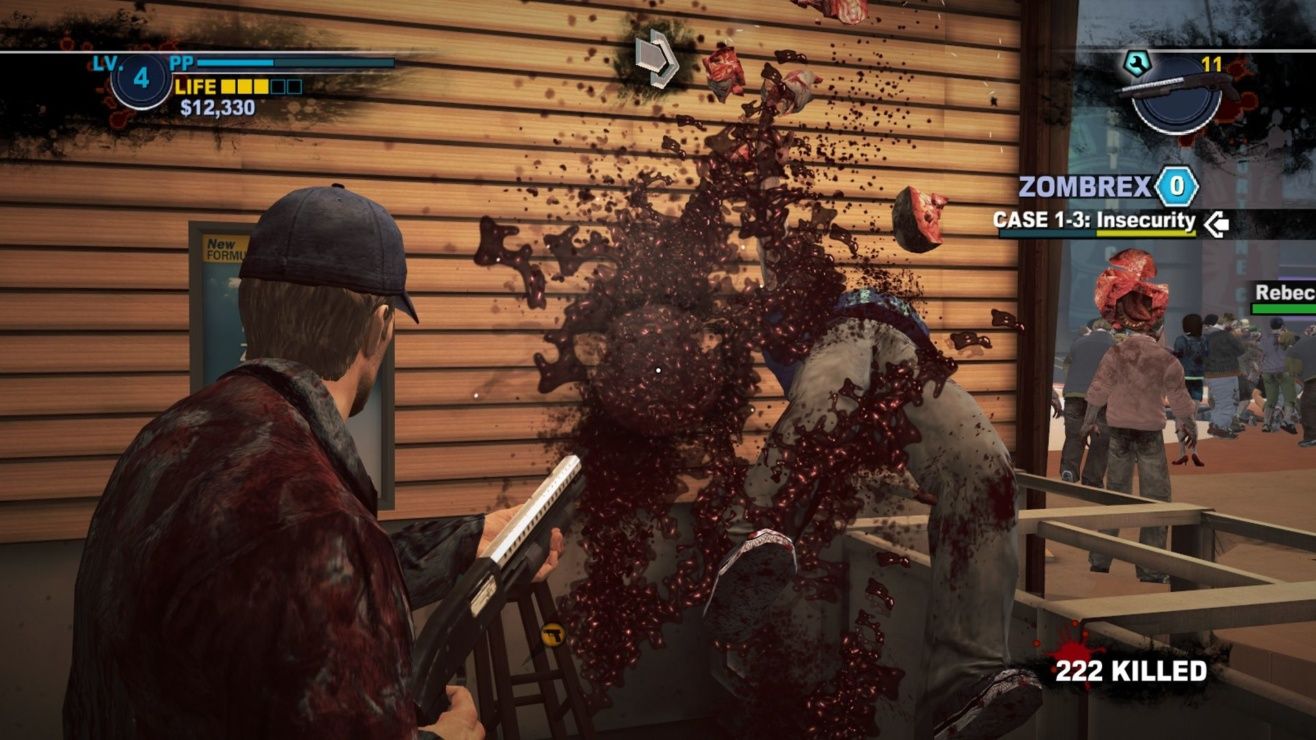 Grade = A. Worth a buy, if you enjoy toying zombie and funny rescue mission. However, if you want a casual easy mode, don't buy it
⚖️Check Scoring Scheme

THE UNIQUE:
💎 Fortune City introduction video
💎 Play with zombie
💎 Many minigames
💎 Mix drinks provide special bonus enhancement
💎 Escort survivor by using a wheelchair or any vehicle
💎 Allow to drive a sports car in the mall
💎 Violent bare hand killing
💎 Creative Achievements
💎 Able to throw anything
💎 Able dress up any cloth
💎 Diverse zombie dressing
💎 Creative civilian weapon
💎 Identical facial design
💎 6 type of endings
PLAYER REQUIREMENTS:
💼 Accept no autosave
💼 Skill to avoid and escape from all zombie attack
💼 Button smashing to break free from zombie attack
💼 Use ketchup and mustard to kill a zombie
💼 Require patient to talk down survivor
💼 Avoid damaging survivor(companion) or they will turn against
💼 Endurance to escort another survivor again
💼 Make sure all survivors able to catch-up your speed
💼 Too little chance to save everyone...
💼 Many things around will distract the player main quest
💼 PvE coop setting is available to disable public player join in
💼 PvP multiplayer is scoring competitive mode
HIGH RATED NEGATIVE FEEDBACK:
🔧 Run too slow ➜ True, just use a Skateboard
🔧 Lack of controller support ➜ False, enable from the setting
🔧 Window Live ruin the game ➜ False, not happen anymore
MORE INFORMATION:
Recommended Video Review:
Approximate File Size = 6.45 GB
Average Completion Hours = 14h - 18h
Achievement Completionist = 52h
Thanks for reading, if you found this helpful please 👍 then:
🔔 Browse more similar reviews and follow this Curator, or
🤝 Join our group to discuss future review format and layout
☹️ Make a complaint on this review ➜ Write here

this is a fun little game about going to a shopping center and committing domestic terrorism. just like in real life, you are allowed to dress up however you like but you're responsible for making sure strangers dont put their mouths on you.

My journey with Dead Rising 2 started back in 2010 when this game came out, the first time I played I quite liked it, mostly for its gameplay and open world which is ironic because on paper "open world zombie survival" is the most generic combination for a 2010s' game. Now is 2019 and I finally played through the whole game and it is more than just another game about fighting zombies.
Does it hold up in 2019? Yes, totally, it's aged pretty well and if you've never played it I think you should try it, but please read the rest of the review.
The game has a simple premise of go find out what's happening and why there are zombies everywhere. As you progress through the story you can rescue survivors and fight psychopaths. I'm saying you can because you don't have to, but this is where the game really shines. The game has a time limit and it makes you think ahead of what to do next and if you don't show up for the main quest - you lose. Or if you die in a fight against zombies or psychos - you lose again. This is when the game can be very confusing, mostly because of the save system, you are free to save whenever you want, but you have to spend some time to find a bathroom to save. You don't have to play as a perfectionist, but this is how you should play because it's more satisfying than just playing through the story. Every free moment feels like a treat to yourself, you can have fun killing zombies, "shopping" for weapons and clothes, playing poker or slot machines and et cetera.
Of course this game has its negatives. Chuck moves pretty slowly and there's no sprint, at higher levels you move faster, but it's still slow unless you find a skateboard or a bike. A lack of autosaves is a positive thing to keep you thrilled and motivated, but often just frustrating if you make a mistake. Some psycho fights can be annoying. The game can crash on launch, happened to me twice in 15 hours, and even in-game, happened only once. A lack of controller support for anything other than Xbox 360 controller, it's fixable, but annoying. I tried to stay away from spoilers, but here's a minor one, the canon ending is somewhat bittersweet and maybe even stupid.
9 years later and this game is still a joy to play, it has a soul and identity even if it's sometimes dumb (or dumb fun), it has its moments and it can entertain and even thrill you if you play it the intended way. The story is something which is not very important in this game, don't expect The Last of Us kind of story. Yes, I used words annoying and frustrating a lot because it often makes you feel that way, but if you can overcome those annoyances to be rewarded with joy then Dead Rising 2 is the game for you.

Its fun, but for god's sake if you don't want co-op just set your game to private

My first introduction the Dead Rising series. Perhaps if I got Dead Rsing 1 first I'd end up loving that game more (still is good)
but this one..., getting it back on 2015 dude. The memories I made, this game is one of the first that I played in PC/Laptop, one of the best and my favorite on the franchise, still holds up to this day.
Heavily recommend it, it's addicting to play and it's quite a stress reliever game, oddly chill too.