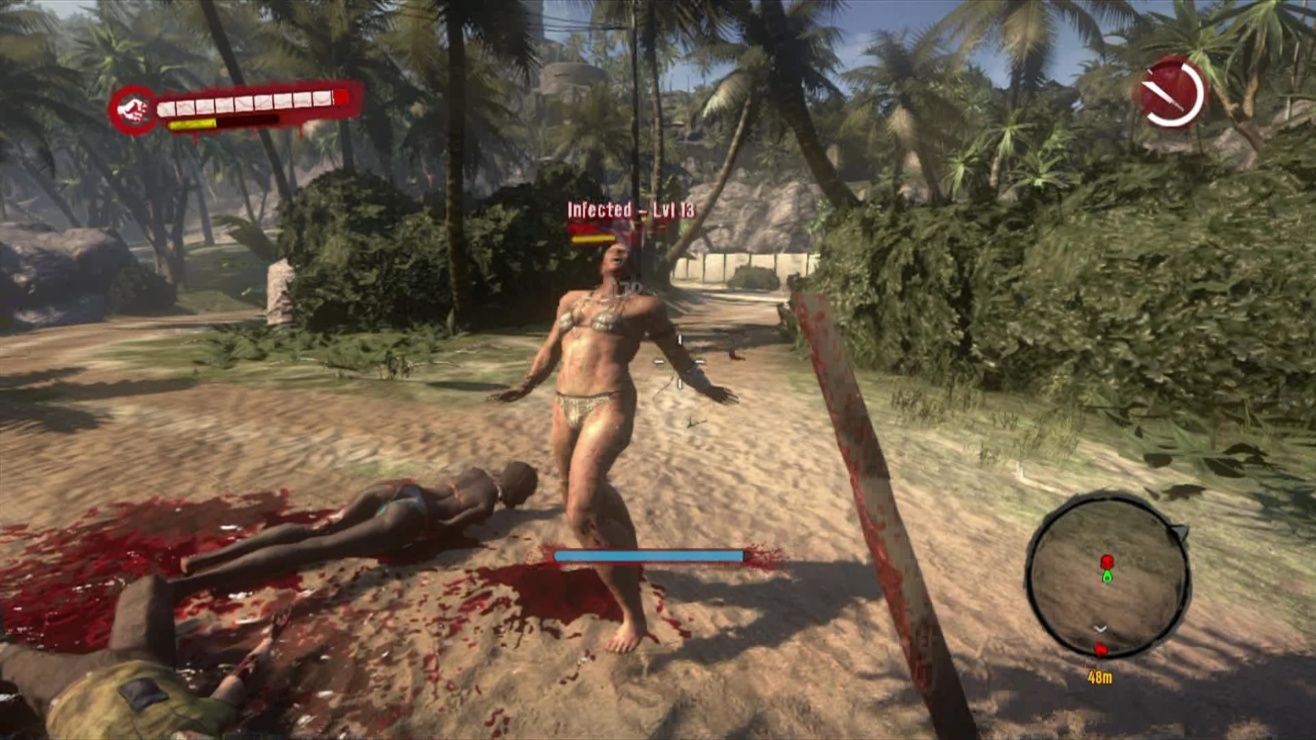 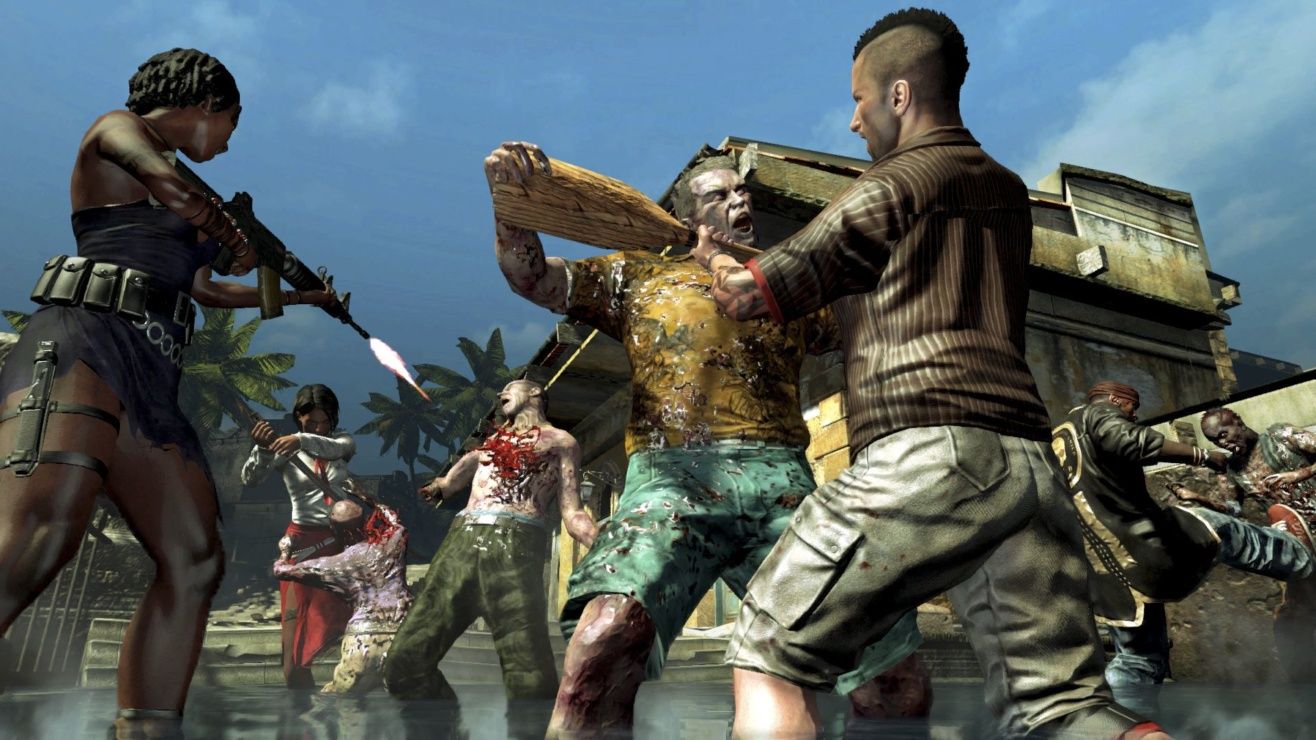 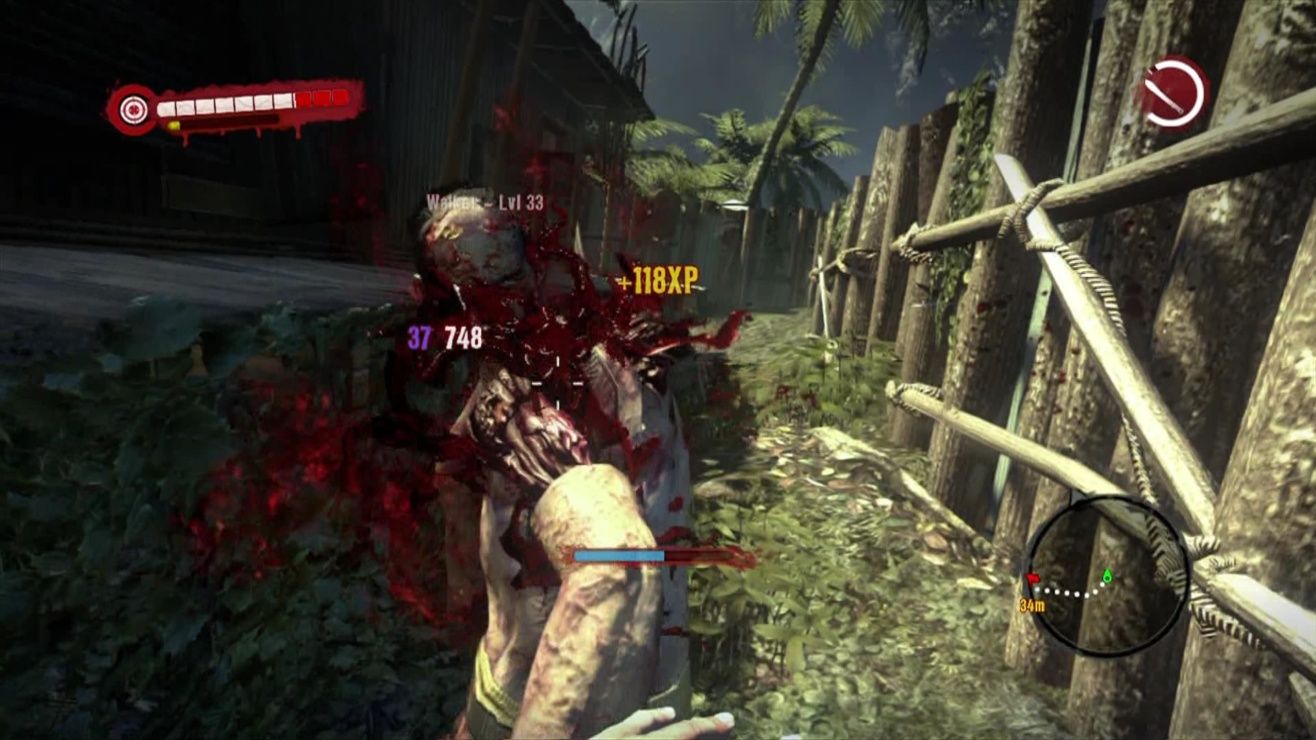 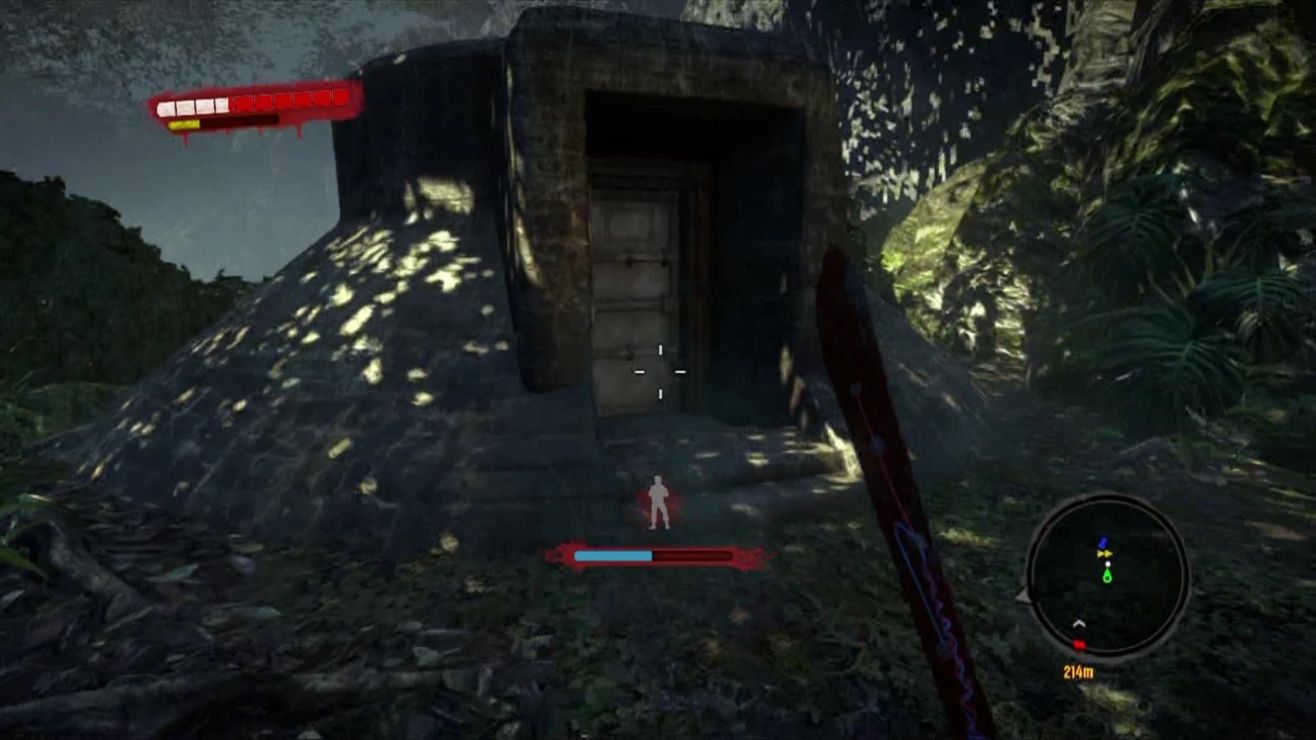 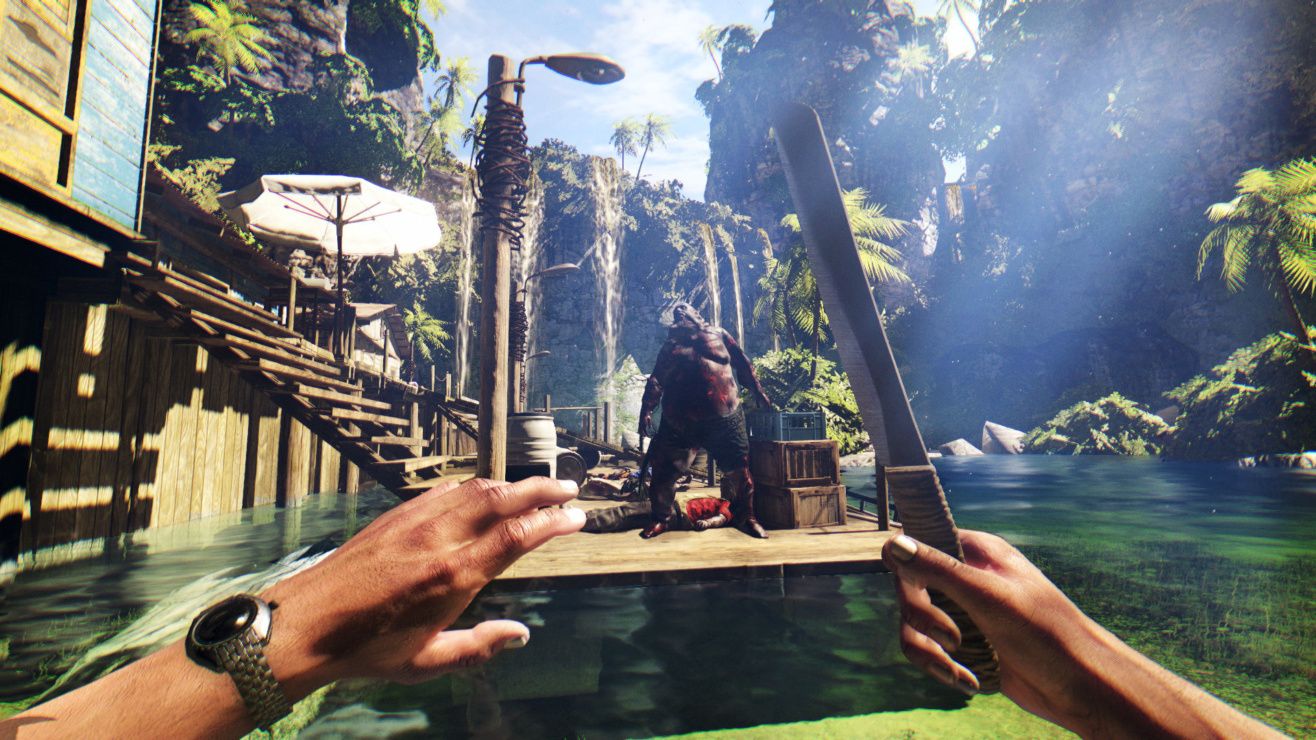 action co-op dark open world rpg shooter singleplayer survival zombie
Paradise meets Hell! Welcome to the zombie apocalypse experience of a lifetime – and now more beautiful than ever. Caught in the midst of an epic zombie outbreak on the tropical island of Banoi, your only thought is: Survive! The Dead Island Experience Smash heads, crack skulls and slice ‘em up with visceral astounding melee combat and true story-based 4 player co-op in a sprawling open world just waiting for. Fully remastered: Experience Dead Island in crisp full HD with Improved graphics, game models and a photorealistic lighting system with physically based shading. Adrenaline-Fuelled Combat: Smash heads, crack skulls and slice ‘em up with the weapon of your choice in the visceral astounding melee combat Seamless Coop Multiplayer: Collaborate with your friends, live through a story of the struggle for survival in a world gone mad Discover the Island: Explore the island paradise; from the deserted city, secluded beaches and vast highlands – discover the story behind the zombie outbreak Experience the atmosphere: Experience the dense atmosphere - feel the destruction, the horror and madness. Immerse yourself in the turmoil that is taking place on the Island.
Share Share Share
Promote for 50G

It's old now, it's really old now but it's good, it's really good.
Probably not much need for new reviews at this stage. Still, I've sunk over a hundred hours into this, so that must be worth a few words.
For a TL;DR I would describe this as "Far Cry set on the Lost island during The Dawn of the Dead". Take my money!
There is mystery, horror, suspense, comedy and loads of violence. The violence is cool though because they're all zombies and smashing a woman's head in with a sledgehammer is fine when she's a zombie.
Misogynistic undertones aside, this is a very well constructed open world adventure that feels much bigger than the sum of it's parts. Larger than life player characters, huge maps to explore freely, plenty of side quests and loads of ridiculous NPCs, situations and dialogue to make the whole thing play out like a great horror comedy zombie movie.
This was the game I was playing back when my PS3 gasped it's last breath and literally puffed out a sad little cloud of smoke before it's green light turned yellow. Only managed to get as far as Act II, but now after all these years I finished the blighter. I loved it. I don't know what it is that makes me love it so much but I think it's just the silly fun of it all.
This was one of the original 'surviving the undead horde' games, taking more than a few cues from Dead Rising but sticking you in a first person perspective and making the whole thing much more immediate and visceral.
The Definitive Edition comes with a few more bells and whistles than the original, a little extra layer of polish that really helps keep the dust off after all these years. There are times it is a beautiful game, lovely vistas, nice weapon models and decent draw distances. There are times it is clearly a nine year old game with janky textures, pop-in galore, brain dead AI and whacked out physics. It manages to dodge all it's problems with a playful sidestep, and just keeps throwing gleeful wicked fun in your face.
On a side note I must make mention of the voice acting. For the most part it's great. The player characters are all decent and most of the main NPCs. Occasionally however you will bump into a side character that is just absolutely hilarious. Unintentionally so of course. It's like the voice actor never heard an English (or Spanish, French, Australian etc.) accent before, and just kinda let what they imagined it to be like flow through them. If you're pedantic you will definitely find much to irritate, but if you go in with the right attitude, there's just so much to enjoy.
I bought Dying Light shortly after completing this, and I look forward to playing that in the future, but for now I have another hundred hours ready to try some co-op and keep the beaches of Banoi safe from the undead menace.
Ten reanimated corpses out of ten.

Half-Baked Co-Op Zombie Game...
If you can forgive the bad, there's actually something quite decent underneath..
+ Decent fun if you play together with friends
+ There's a lot of content. Expect about 20 hours if you really slug through the entire game.
+ The combat is quite good. Your attacks feel meaty, weapon handling is good, and overall its fun.
+ The gore and zombie designs are fantastic. Love chopping their arms and heads off, or just smashing their skulls in.
+ Large-scale maps that encourage exploration
+ Good variety of weapons
- Trying to tab out or do anything else on my PC besides play the game results in a crash... not just a crash, but it'll lock up my PC to the point where I'll have to force-shutdown
- This game is FULL of bugs and glitches
- All enemies in the game scale on your level, which is somewhat a downside as you never feel like you are really improving, and if someone in your game is lower level, they will not have fun.
- The driving in this game is awful
- The graphic effects are BEYOND awful, so much so that you'll get sick if you don't disable all the effects. (motion blur, ambient occlusion, depth of field, etc.) They are all a mess.
- The story and characters, everything about it, is awful
- Very "grindy" especially if you play solo with far too many fetch quests and incredibly boring side quests

I got a zombie army and you can't harm me
Who do you voodoo, Bitch?
Drink blood like a vampire without warning
Who do you voodoo, Bitch?
GOOD
+Graphics(has many improvements over the original version)
+Zombies
+Open World
+Atmosphere
BAD
-It has some bugs around here, but otherwise it works very well.
Dead Island Definitive Edition brings some improvements over the original version.
Must Play! 8.5/10

If you're here for the summer sale.. stop reading and buy it. Really fun playing by yourself and much more enjoyable with friends.