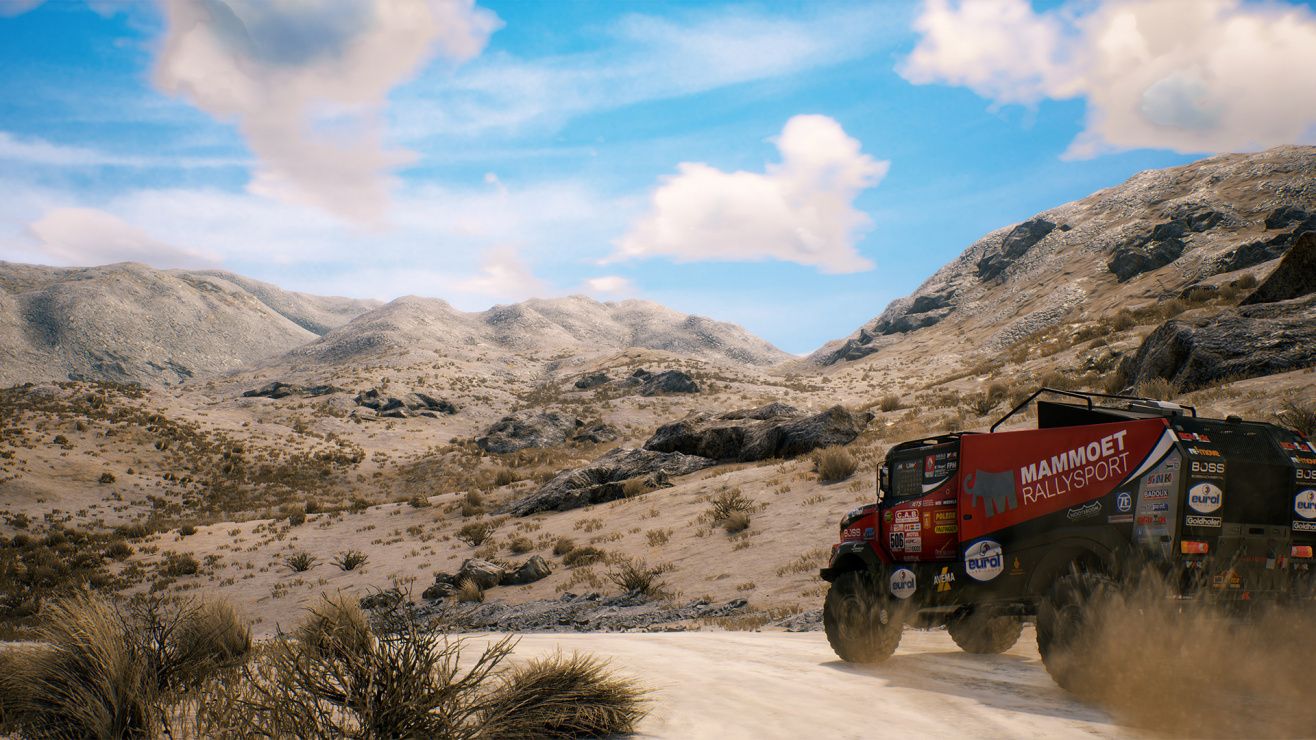 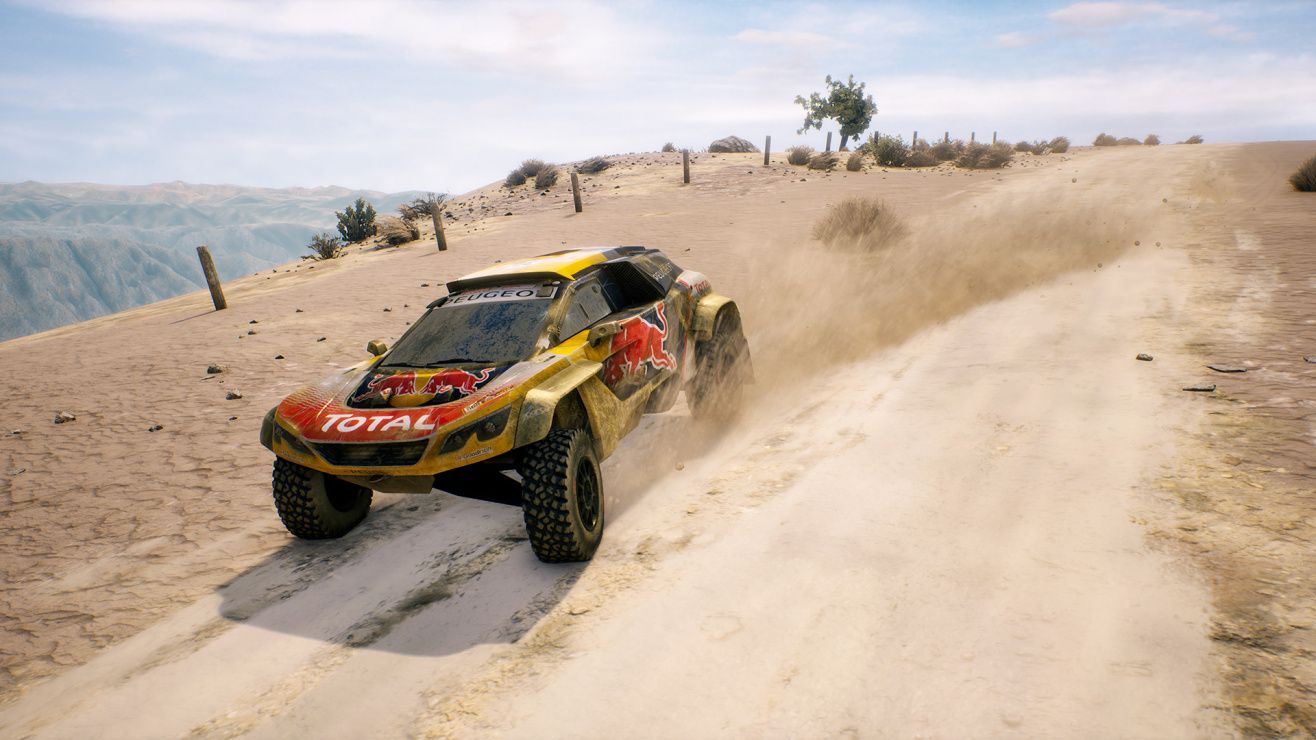 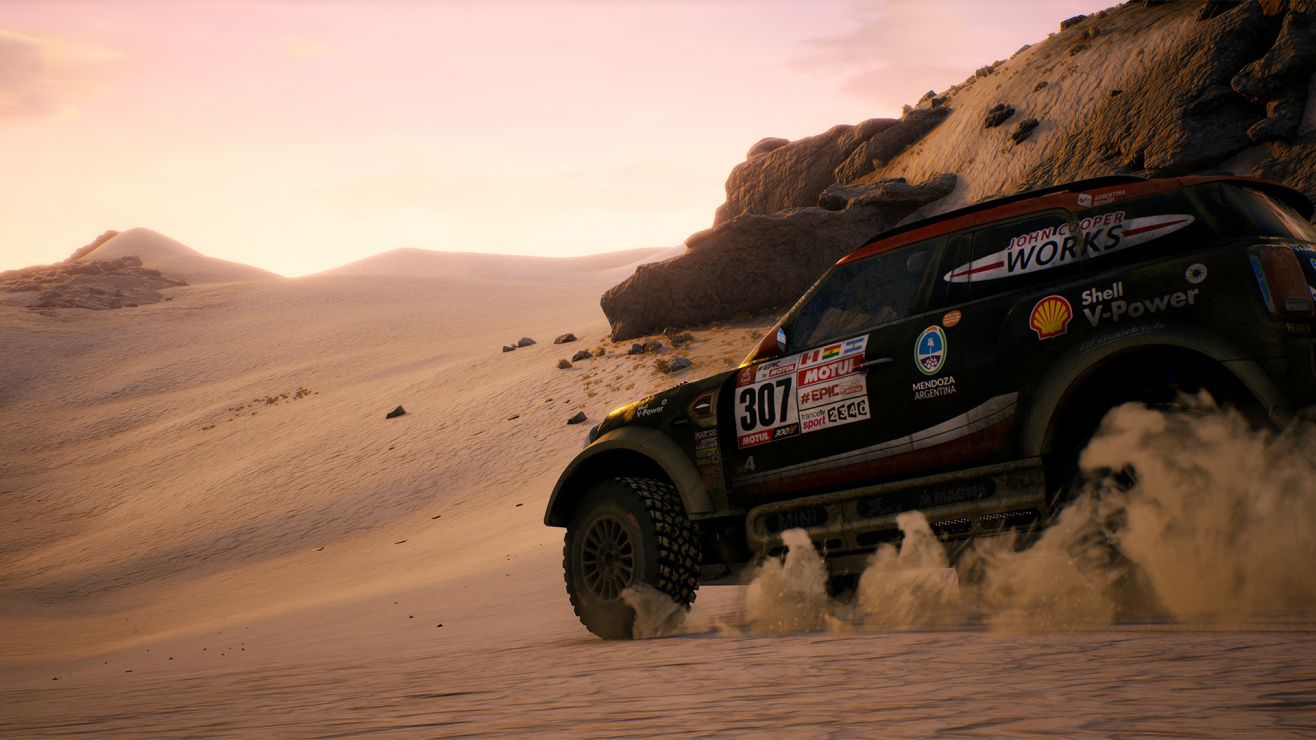 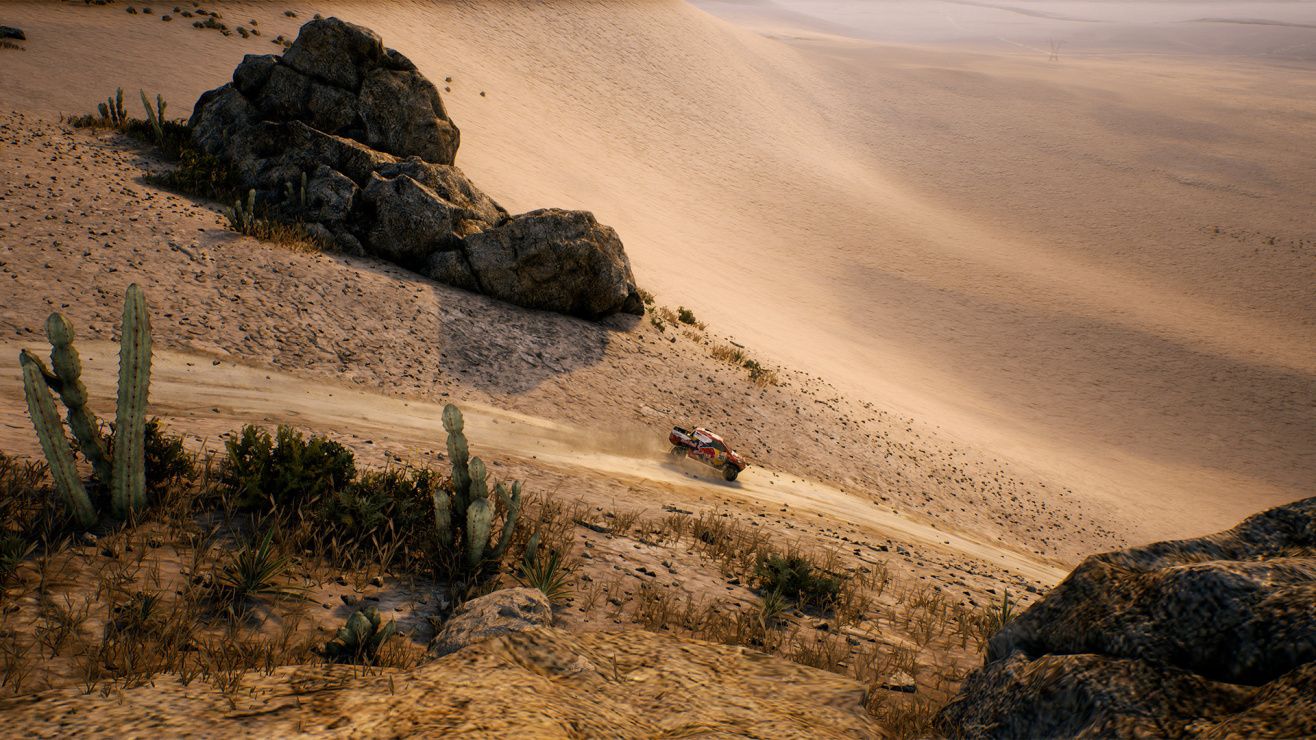 Fairly entertaining, this game is not nearly as bad as advertised by some. In fact i really enjoy it. The requirement to enjoy Dakar 18 is to take it for what it is : an orientation racing game. The main thing is the orientation, the risk-taking managment and unusual environments. Driving/riding isnt the finest you'll experience but it's not breaking the experience

While the physics definitely lean towards arcade, there is nothing better out there that gives the atmosphere of running the Dakar. It's a fun experience, that's challenging, but manageable, and requires attention. It's sad that it wasn't successful enough to merit sequels that could fine tune and represent the courses run for each year. There's a lot to like for fans of the race, and it really could have been developed into a fine sim. Still recommended, because it has no challenger that betters it.

As seen by a casual gamer with a life long passion for rally and racing games that enjoys playing on keyboard and external camera view.
I really enjoyed Dakar 18. But it's missing quite some spice.
Strong :
✔ Incredible map sizes. Like... seriously HUGE maps.
✔ Physics are pretty good actually, whether going through dunes or muddy ponds, jumping over obstacles or splashing through water. However ❌graphics in general seem good but not good enough for a 2018 game. Haven't done any homework as to why this is, maybe the development of this game took too long.
✔ Cool weather conditions
✔ An interesting system of vehicle damage and repairs
✔ An interesting twist of gameplay and controls (which might be hard and confusing for some). Imagine the controls of GTA, in Dakar18 you can drive around your car, but you can also step out of your vehicle and walk outside. Reason for this is that i suppose that the developers envisioned something immersive where you can for example use a shovel to dig a wheel out of sand and other details like that. Problem with this is - ❌ it's so unnecessary.
✔I loved the navigation idea. You are basically figuring out where to go for the next check-point by checking a lot of notes. This was exciting for me.
✔Pretty nice vehicles ❌ but the list is quite limited
✔A very interesting list of game modes to choose between Trucks, Cars, Motorbikes, Quad-bikes ❌ but the campaign is exactly the same through all of them. It's literally super repetitive.
✔Driving the vehicles seems very nice. The response of the controls were quite satisfying for me.
❌Online community is quite dead. Not gonna be easy to experience online championships.
As you can see in many parts there is a mixed balance of positive and negative things. Many strong points come with a "however - xxx".
I personally think the project is exciting and promising to give birth to some amazing ideas for the future. It's trying to be a simulation with hard core rally characteristics and it does succeed in many ways, but on the other hand it's missing the extra mile that would take this from a casual experience to an absolutely awesome one.
Before you buy - do some search and check gameplay and see if that's something for yourself.
There is no competitive element in the way you have experienced this in other games.
Also buy this on special offers.
It's not a bad game at all. It's good and fun to play, but it has lots of space to grow.

Never believe Youtuber reviews from wannabe "sim racers" that have no concept of raid and rally.
Yes this game is HARD. Because it is HARD it is VERY REWARDING! Honestly I think Dirt Rally 2.0 is on the backburner for me now, as this is so much fun. Trying to use the roadbook whilst driving or riding is just next level. The terrain and open world feel (just like the real thing!) make this game epic.
For me, it'd be great to have a few extra areas, not just the dunes style we currently have in Dakar (Saudi Arabia and warm up events in Morocco), but it'd be great to see the developers keep on developing with events that are similar to what is seen in the FIA Baja Cross Country Championship (e.g. Baja Aragon). It might be easier for those new to this game to get a feel on tracks that are easier to follow to begin with, then step into the harder navigation (or maybe I should go back to playing Master Rallye from the 2000s to remember what to do!!).
Wow team, take a bow, wish I hadn't waited so long to get this game based on some of the reviews. Well done, the ultimate rally raid adventure.

Dakar 18, lets be real the game is not what you might think it is, but the game is fun regardless and you should buy it, because it gives you a great DAKAR Feel

Do you like endless hours of meaningless driving in a literal box of sand?

Good graphics.
Controller friendly.
Good driving mechanics.
(I highly recommend to buy this while it's on sale)