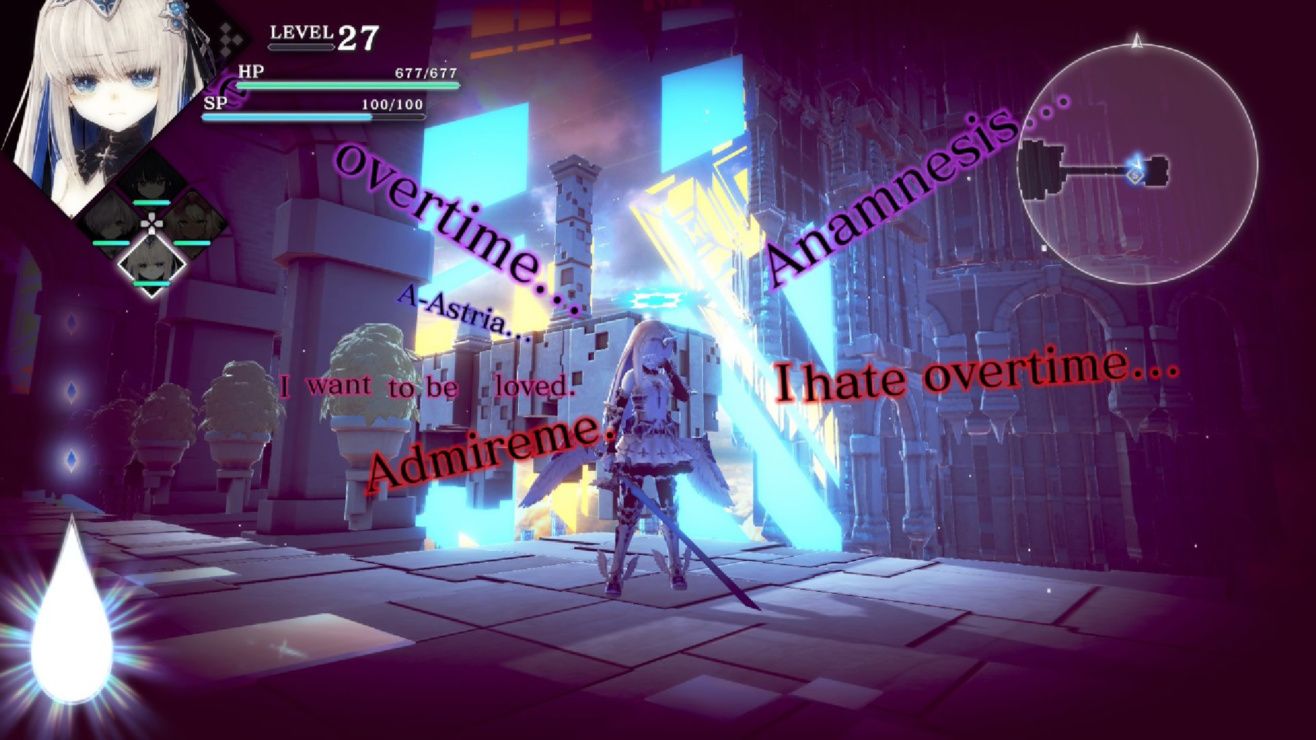 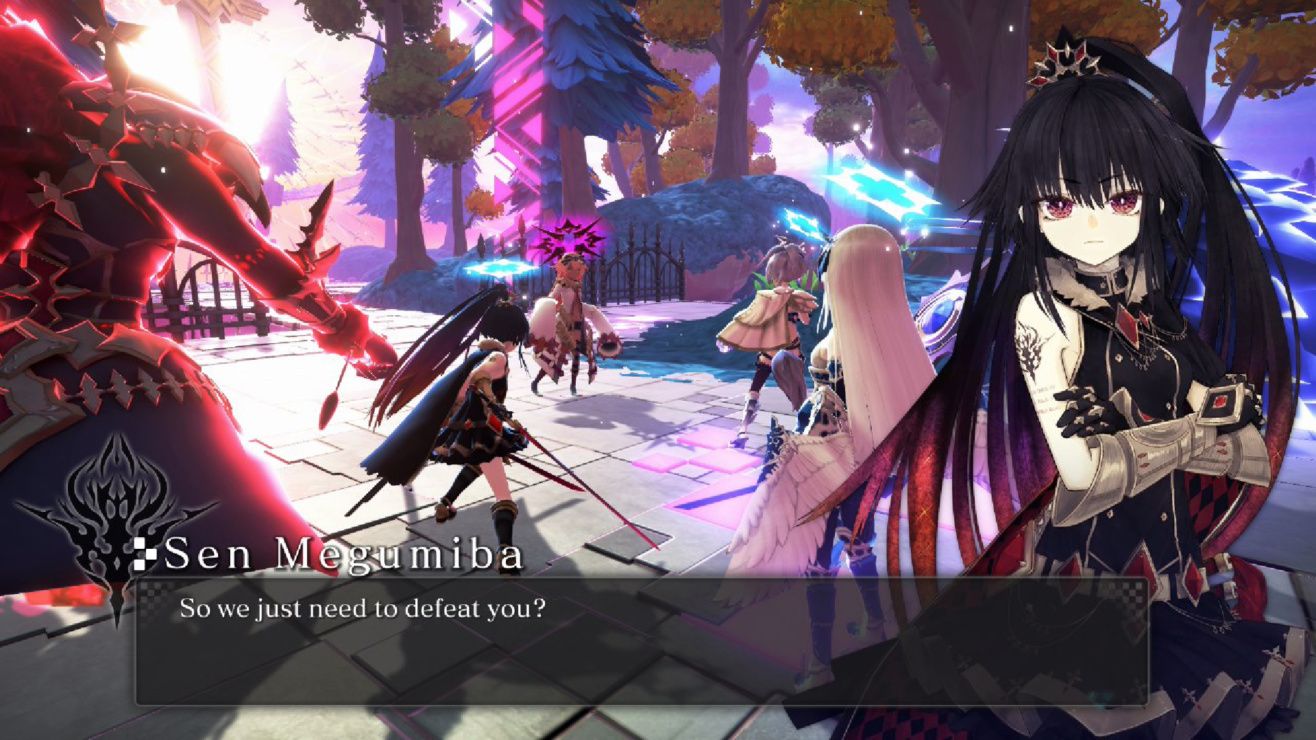 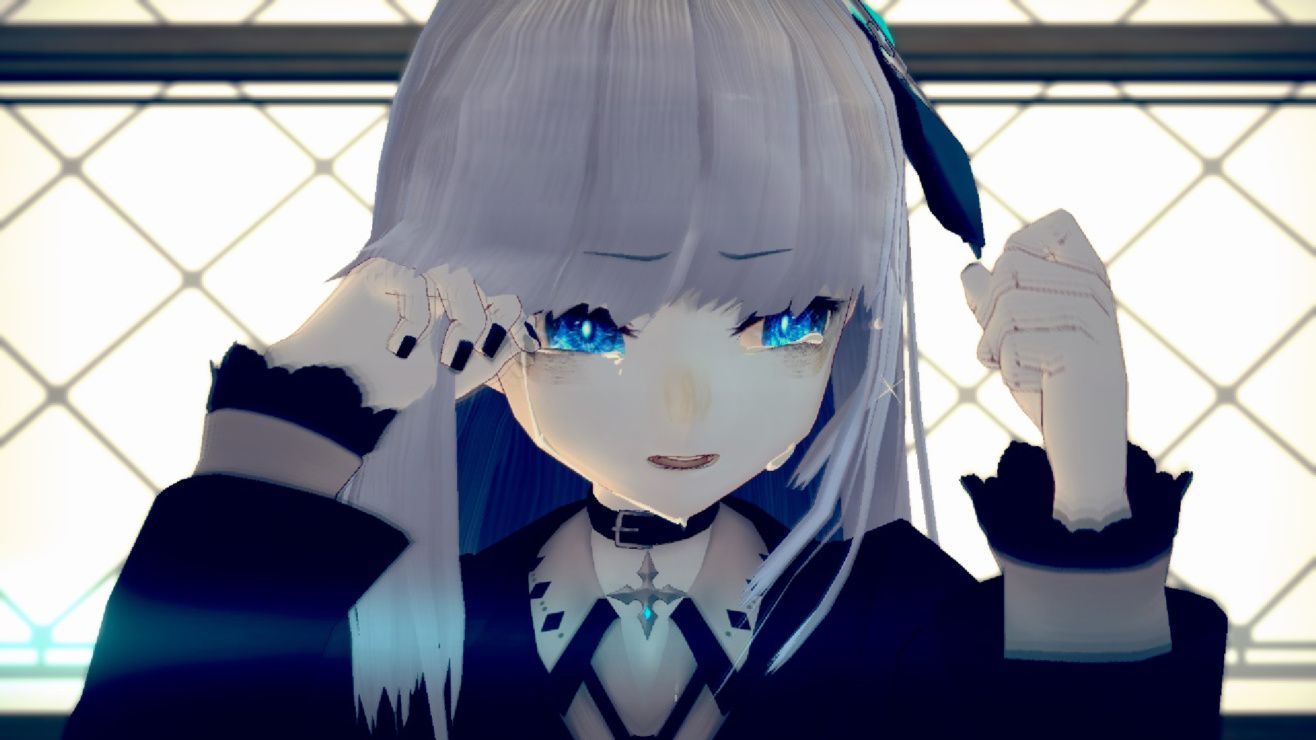 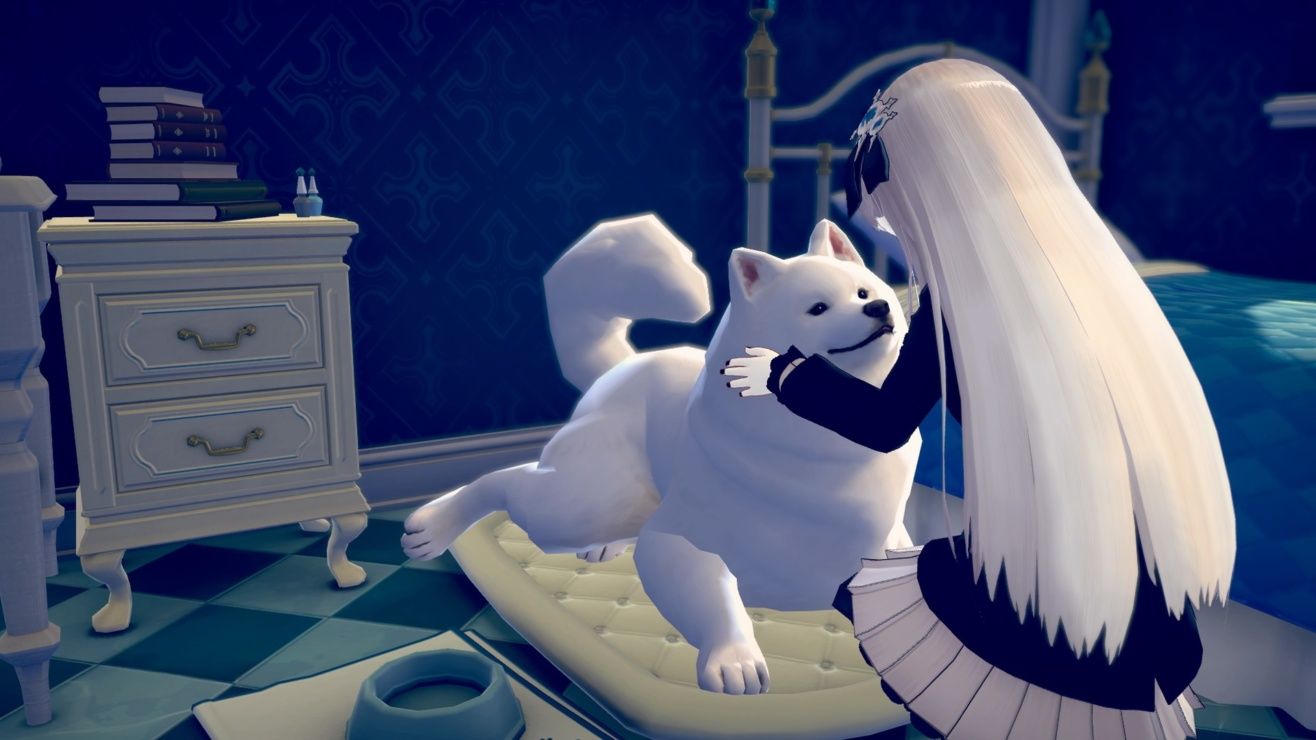 PC Steam Console Playstation action singleplayer rpg story fantasy anime fights
CRYSTAR is an Action-RPG developed by FURYU Corporation. Rei fights her way through the afterworld of Purgatory to rescue Mirai, the little sister that she killed. CRYSTAR’s unique game mechanics allow the player to harness the power of grief. Use Rei’s tears to craft weapons and armor as well as summon a Guardian to protect her in battle.
Share Share Share
Promote for 50G

You can pet the dog

Plot-wise: 4/5
The game is your typical RPG with plenty of terminology that you have to remember! Also you will find plethora of references to classical works such as Faust.
Characters Development: 5/5
I find the way the characters develop to be quite engaging. Stories unfold via cut-scenes and lost memories.
Music: 3/5
If you listen closely or use Spotify to listen to the music of the game, you will find it interesting, but it is lost within the game. What I mean is that the music doesn't have a strong presence.
Gameplay: 4/5
Crystar is a typical Action RPG so don't expect a complicated skill trees and whatnot! All you have to do is enter a dungeon, clear it, upgrade your weapons, rinse and repeat! But it is quite fun, at least to me!
Overall, I would give it 4 / 5

I cry because I am strong
As Rei, your journey begins with only one goal: Saving your sister, Mirai.
Joined by friends along the way, you venture forth into the unknown just to save something you'd lost and gaining some,losing some things too along the way.
Bought this game on launch, I didn't regret anything
The opening movie gives me chills.
Every time I launch and play this game, I would finish watching the opening first.
10/10 masterpiece.

i always wanted to buy this game eversince i beat the JP version on ps4 back when it came out.now that i have it,i don't regret buying it but there is 1 bug if you use a widescreen monitor and you go into fullscreen the FPS tanks to 2fps so ur forced to play in 1920x1080 windowed to make the game run fine.other than that,this game is a masterpiece in it's own right.worth every penny they ask.

It's almost been a year since the game released in the west. This is my favorite game of 2019, give It a try when it is on sale.
Pros:
Fully voice acted in English
Amazing soundtrack!
Well written story
Beautiful characters and environment design
Additive pad buttons in In-Game help, recognize both Xbox and PS controllers
Cons:
Boring and repetitive gameplay especially in the latter part of the game
No ultrawide monitor support
The game may be too sad to be played in 2020
True story, I refunded the game because of the boring gameplay and no ultrawide monitor support, but the BGM is so great that it keeps playing in my head. Thus, I purchased and complete the game some times later, absolutely no regards.

Crystar Was In Overall experience decent game good musics good battle mechanic but story and character development were different than that what i have seen normaly. i definetely recommend this game if you like smash random monsters.