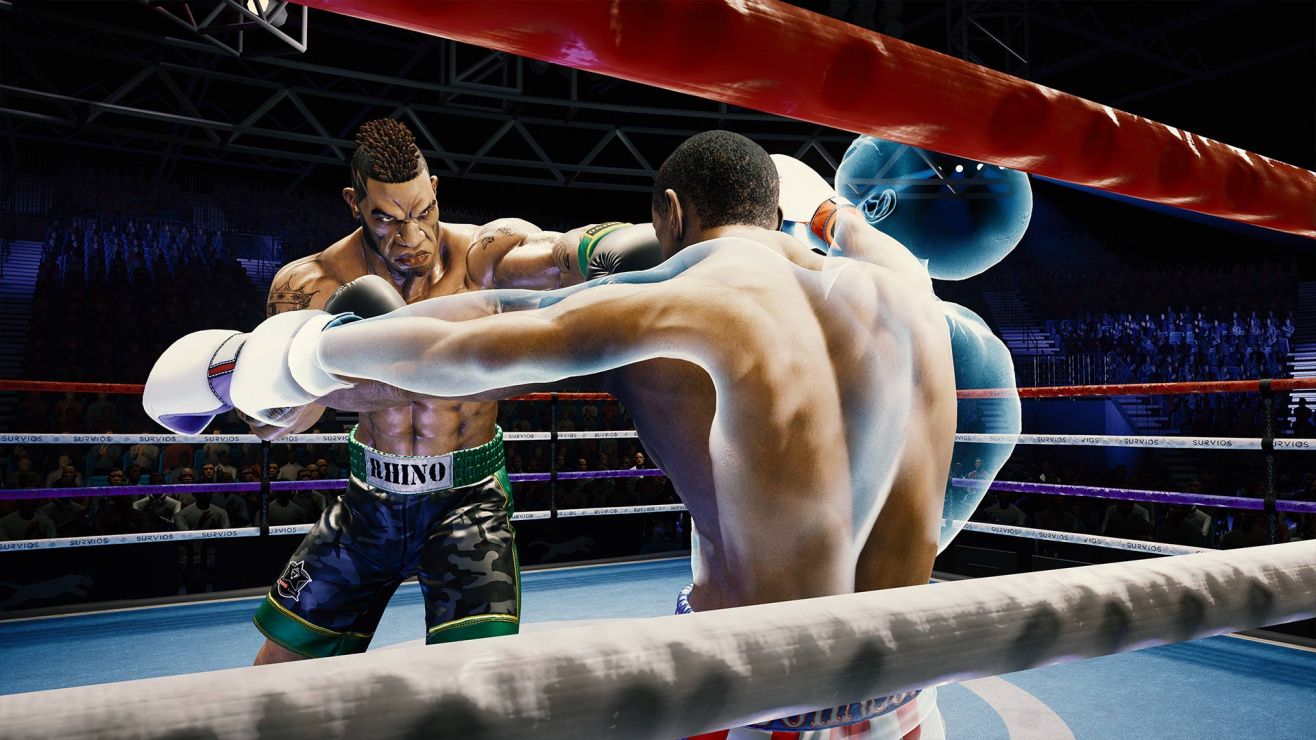 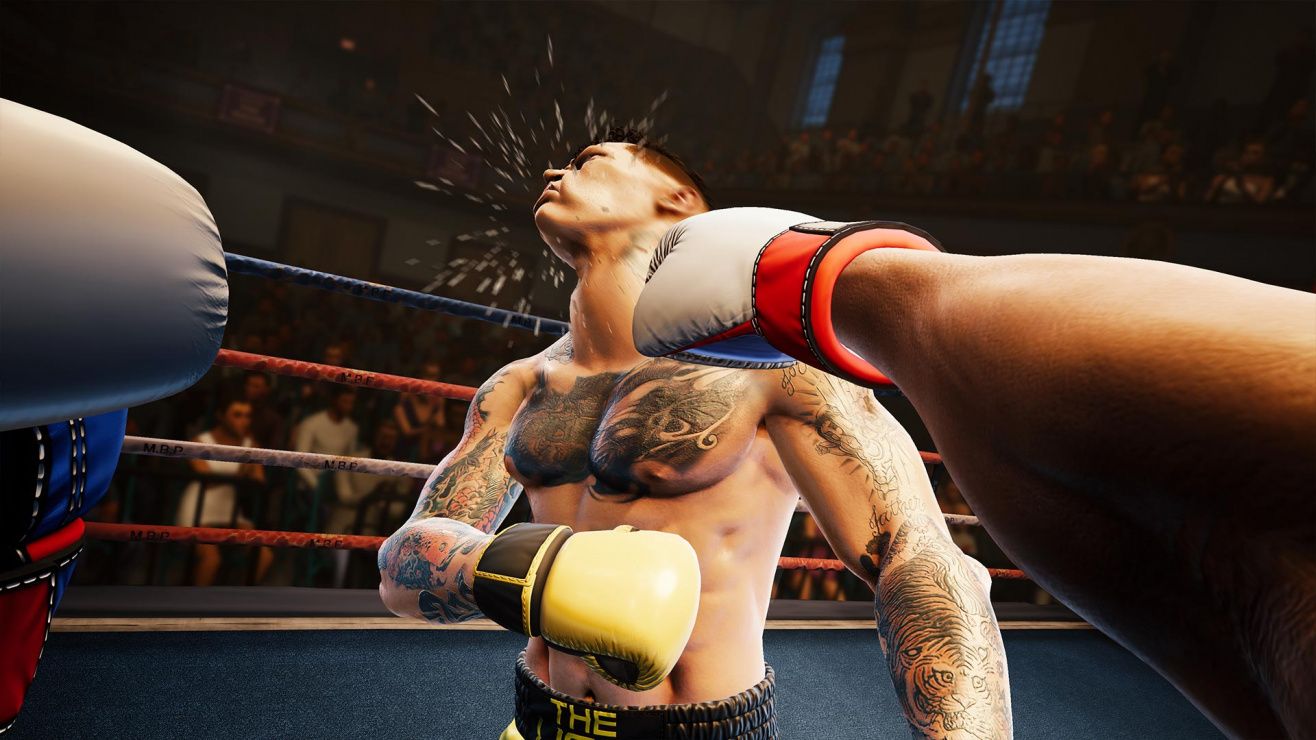 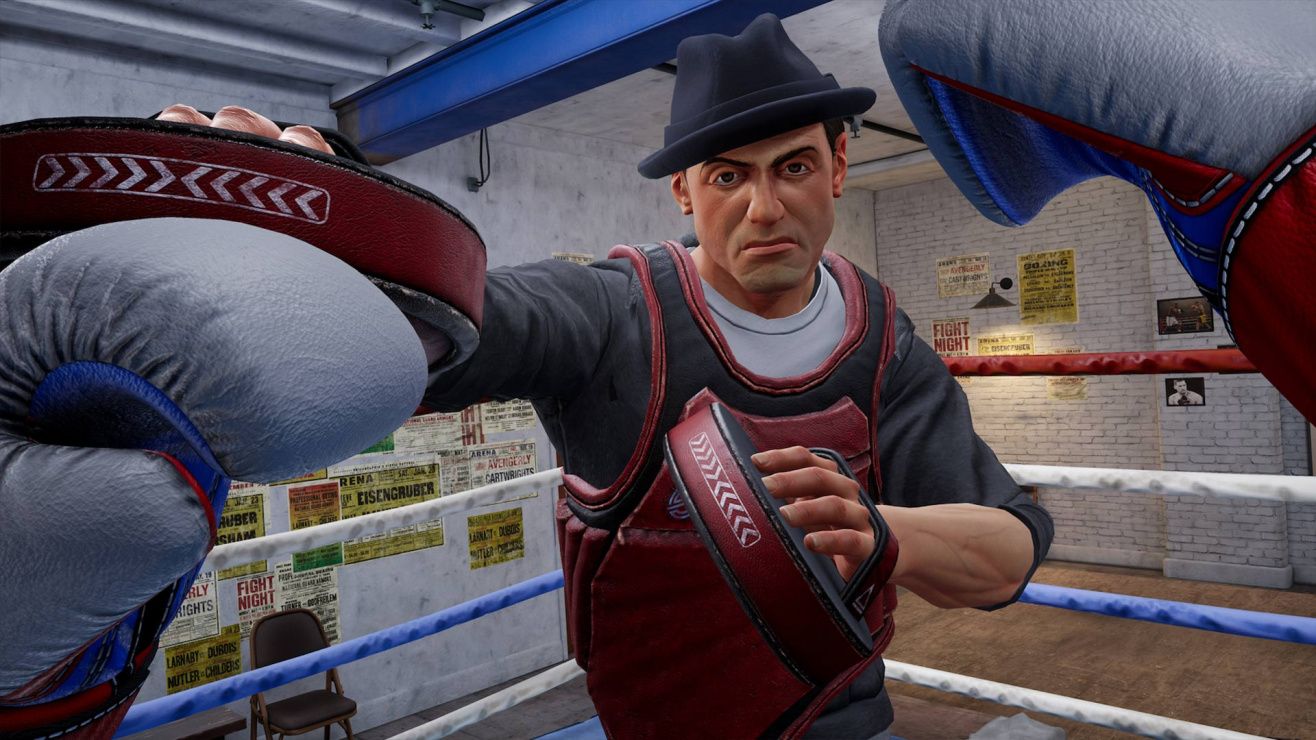 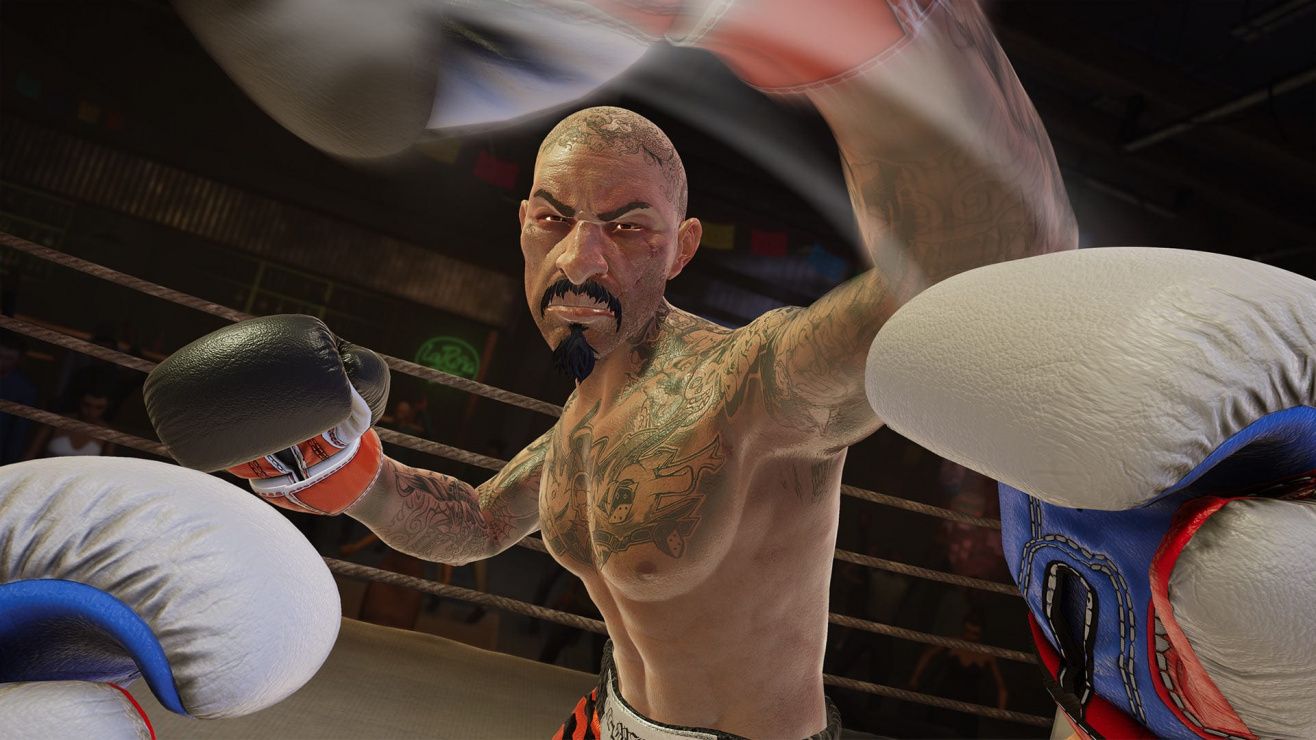 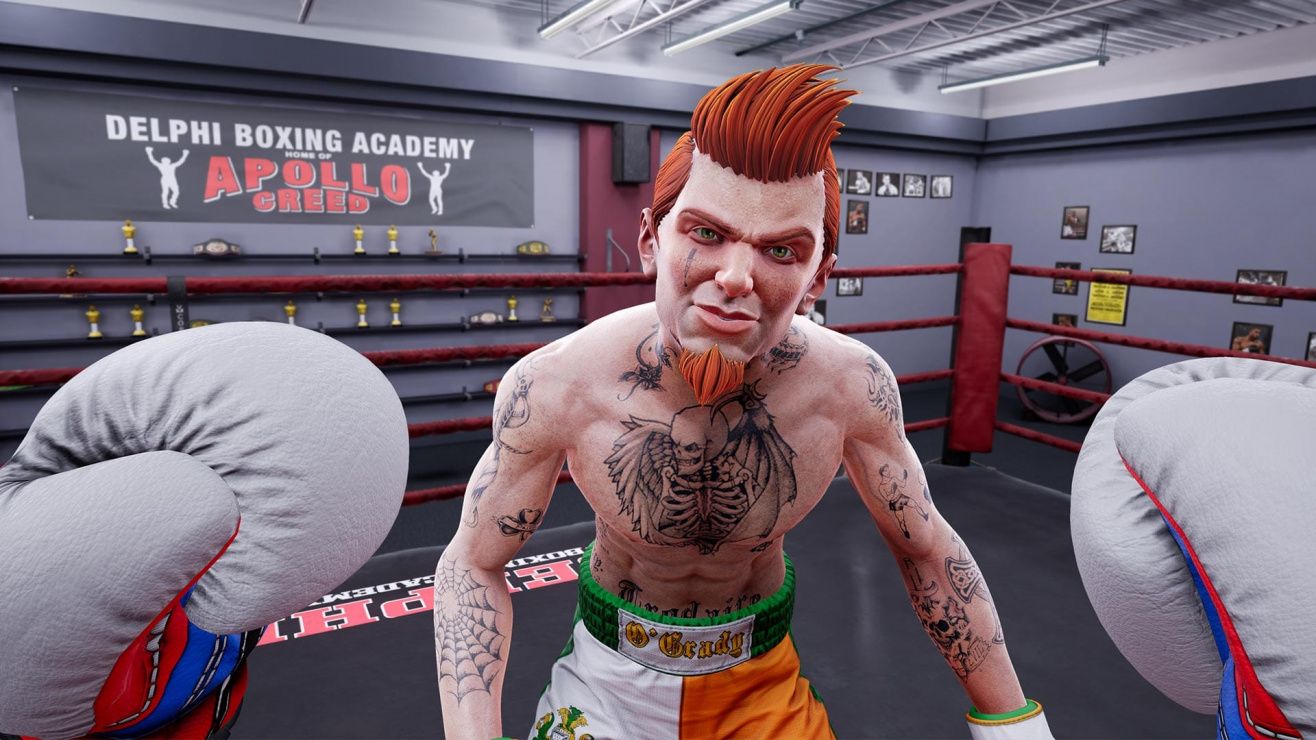 action boxing fighting indie multiplayer simulation sports vr
Do you have what it takes to become a champion? Experience the pulse-pounding excitement of boxing with the cinematic thrill of a blockbuster movie in Creed: Rise to Glory. You are Adonis Creed, fighting to establish your legacy in the ring and beyond. Go toe-to-toe with the world’s top opponents in this intense VR boxing experience that lets you train, fight, and win like Creed.
Share Share Share
Promote for 50G

This game is great and all but who the hell thought it would be a good idea to add a player stamina bar to the character you are physically controlling with your own body.. i mean us humans have real stamina lol.. adding a stamina bar was just plain stupid in my opinion.. please add an option to remove it because i run outta breath plenty on my own without the damn stamina bar lol

Played On: HTC Vive
By now if you're looking here you've already undoubtedly read the mixed reviews on Creed: Rise to Glory. What you're wanting to get from this game is going to determine your overall enjoyment. If you're looking for deep story, fleshed out characters, epic fights against great Rocky legends, and an extensive career mode, then you're going to be sorely disappointed. However, if you're looking for a pure VR arcade boxing experience that's going to tire you out and make you sweat, with the bonus of having a story mode and additional features like exercises to determine your stamina per fight, then you might see more value here.
Needless to say, the story mode is short and disappointing; it spans about an hour and a half of content over seven matches. You play as Adonis Creed for the entire duration, but each of your opponents have different stats, strengths, and weaknesses. The difficulty gradually increases until the second to last fight, where "Pretty" Ricky Conlan will probably lay you flat out time and time again until you figure out a strategy to take him down. He's harder than the final fight, which feels laughable in comparison. After you finish the final battle, the game just ends with the credits. It's sudden and rather jarring, as it starts to feel like the game is just getting really good at that point. You don't even get to face off against any iconic Rocky opponents.
The replay value comes in at trying to beat the game on harder difficulties, as well as mucking around in freeplay; where you actually can play as and go up against opponents from the Rocky film franchise. If you're also so inclined, there are several Montage segments that are essentially all stamina mini-games; the same ones that you do before each fight in the Story Mode. Additionally there's PVP, but no one plays online anymore. You'll have to go to the forums to find some people who are offering up to duels. All of these circuits are honestly pretty decent exercise routines, minus the non-existent PVP, and after just half an hour in the game you'll be able to feel yourself working up a good sweat; especially on harder difficulties, and most certainly if you put a lot of effort into ducking and dodging your opponent's swings.
As far as the graphics go, they're surprisingly good for a game based off of a movie franchise. There was some clear effort put into height scaling, so you always feel squared up against your opponents no matter what your height is. The character models look pretty good, and the environments are pretty par for the course. There are several boxing rings that you'll end up fighting in, and they all become selectable stages in the Freeplay Mode. It would be nice if Adonis himself had some customization features, such as being able to change his gloves and shorts (as you have a full body in this game), or even a simple character creation mechanic would be nice.
With all of that said, there are some functionality issues with Creed: Rise to Glory. The most impacting one is when your hits land like wet noodles and make you feel totally powerless. This can happen both in the ring and during the Montage stamina exercises. Even if you're punching like your life depends on it, some hits land like they would in those frustrating dreams where your arms just don't work. This is especially true of nearly any and all uppercuts, and jabs to the stomach. If you're aiming anywhere but your opponent's head, the contact is weak. And yes, this is taking into account that your fighter isn't tired or depleted of stamina. The second thing is the god awful "advanced" locomotion that you use to get around the ring. It's best if you don't have to use it at all, so a large room-scale set up is highly recommended.
The final verdict is that Creed: Rise to Glory is just okay. As a story-driven boxing game with touted "Rocky Legends", it completely fails and misses the mark by a landslide. As an arcade-style VR boxing game thrown into your VR exercise routine, it doesn't do too bad. If there's one thing that we've all come to expect over the years as gamers, it's to never put too much faith into movie-to-game adaptations. This one is no exception to the rule, and it's lackluster in nearly every way, but man does it bring on the sweat. It's a great calorie burner, especially on harder difficulties. Only grab it if you're wanting to step up your VR fitness regime, or if you can't get enough of action in the ring, and only do so on sale.
Rating: 3.0/5.0 - Average, can take it or leave it.
The VR Network Curator | Group Click for More

Playing PVP and my friend punched his TV and broke it. 10/10

Remove stamina...I have my own IRL. Otherwise game is great!

Fun stuff, but too short. Recommended only on sale.
PS: Played with Oculus Rift S

That stamina system is just complete Bull Sh it.
Devs must think the general customer base is a bunch of puz ies,
If you want to keep this stamina shi t so much , could you fix the defense mechanics?
When I cant punch and I cant block = I lose.