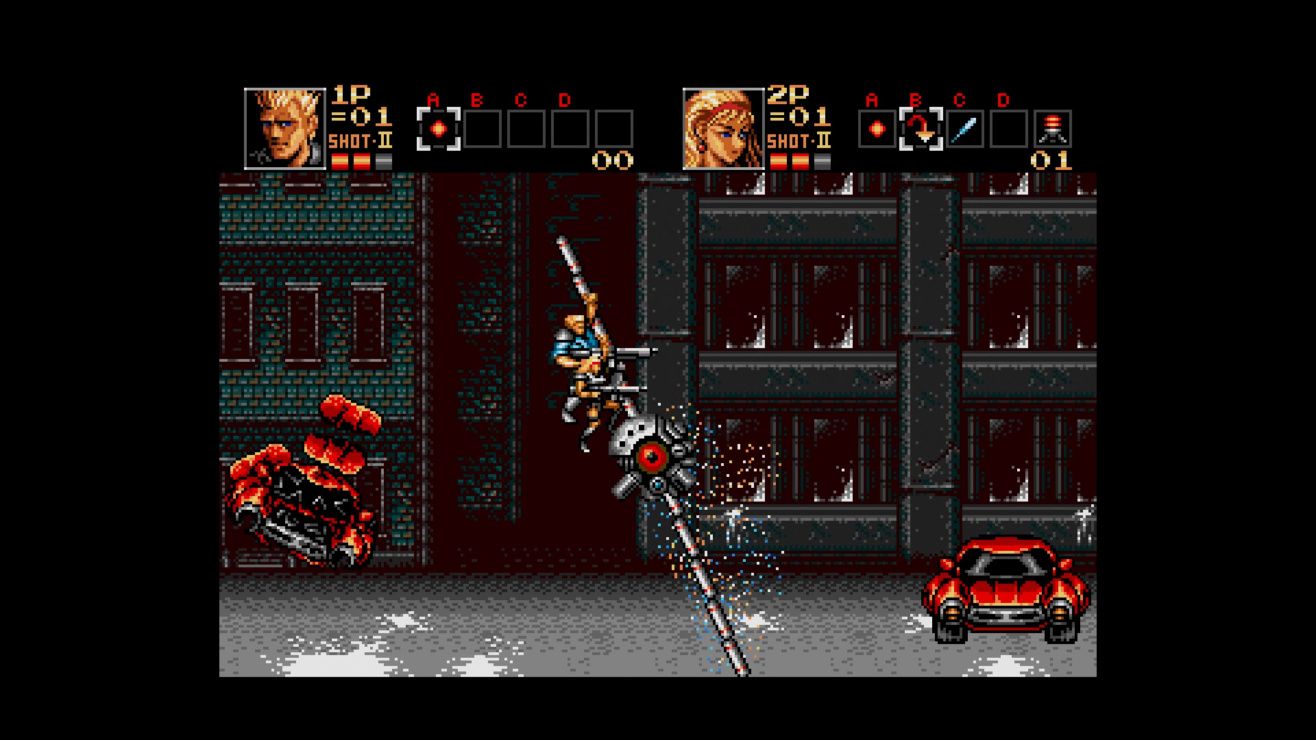 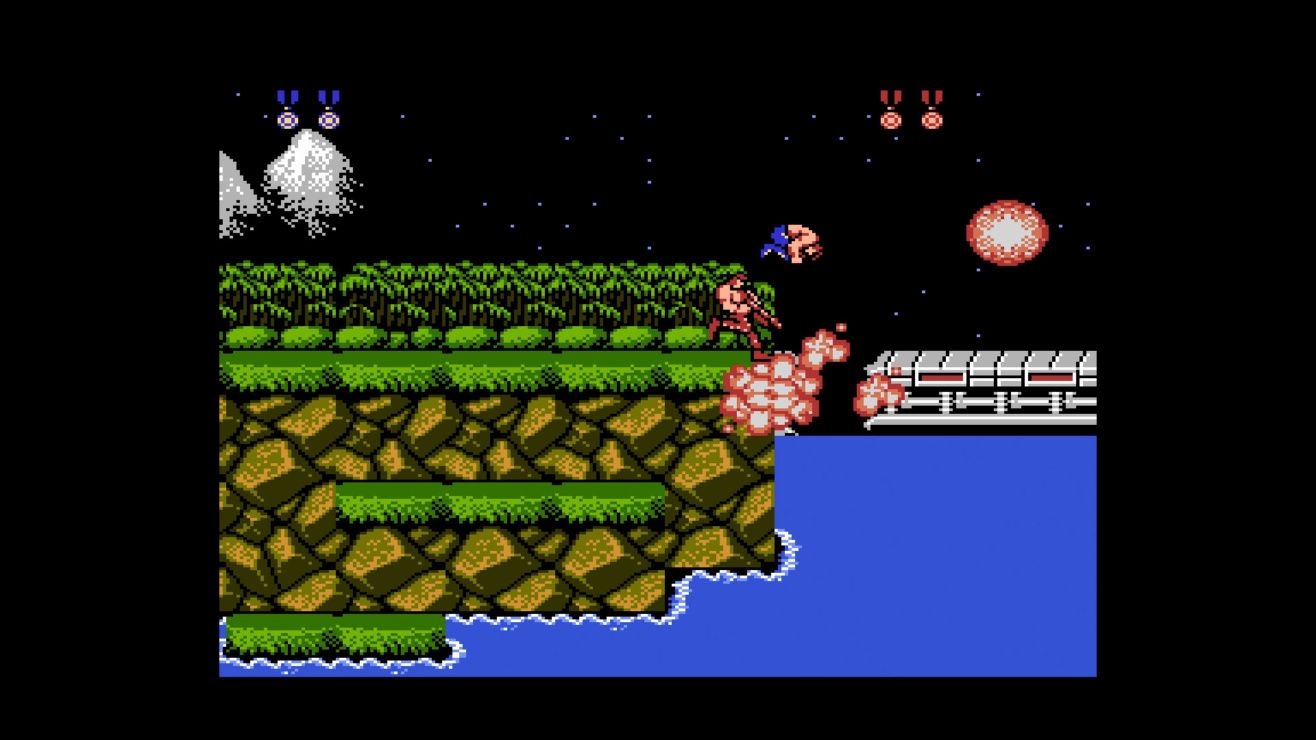 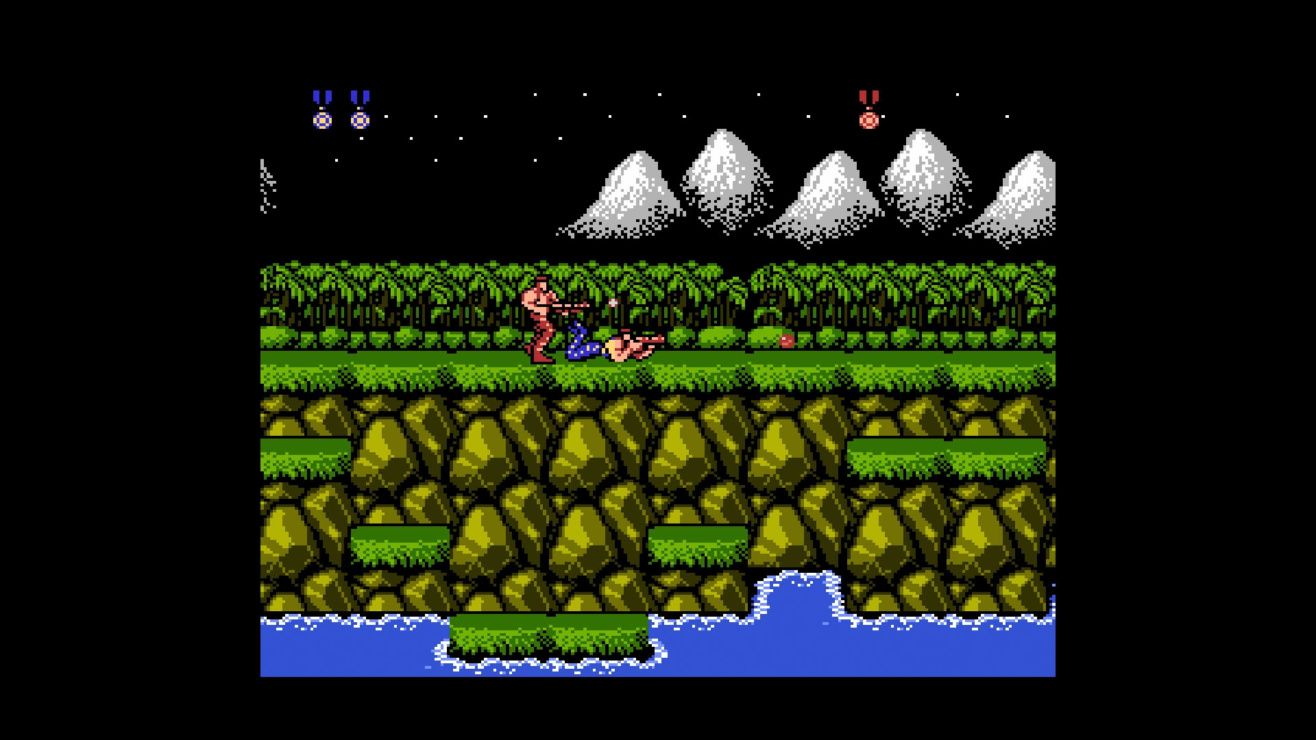 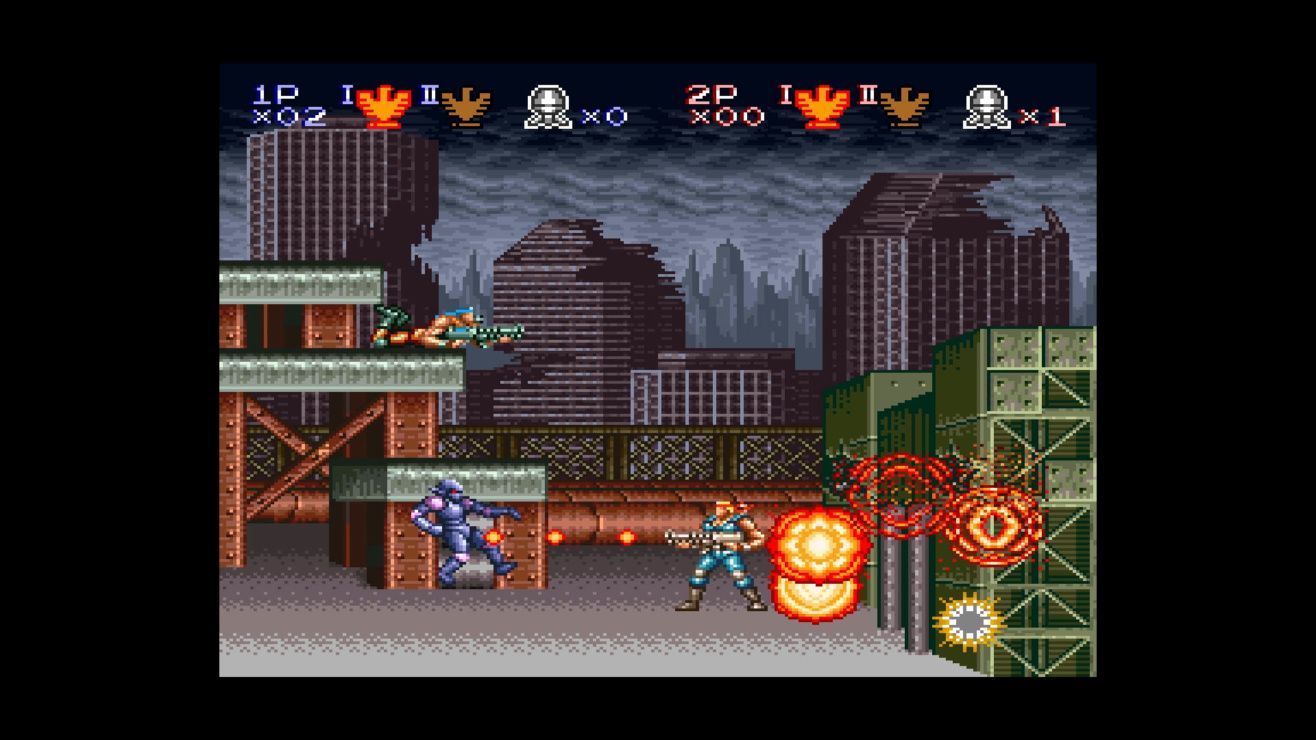 PC Steam Console Playstation action Xbox Nintendo singleplayer multiplayer platformer 2d classic scroller side
The Contra Anniversary Collection brings this classic Run and Gun franchise back to modern platforms and a new generation of players. Grab power ups and blast your way through waves of menacing enemies and bosses that will put your reaction skills to the test. Also included is a digital Bonus Book with tons of concept documents and sketches, the official chronology of the franchise, an exclusive interview with the veteran producer of the series, and more! Alone or with a friend, Contra provides hours of nail biting action. In a pinch; make sure you know the code!
Share Share Share
Promote for 50G

Good Games! Questionable Packaging
So..you like Contra? Want to relive the good old days when Konami wasn't a meme? This is for you! A Problematic but fun slice of Nostalgia buundled in a an old gymbag that may or may not have been used to store roadkill. *sigh* Konami, why you gotta be so Konami?
So in this collection you have pretty much all the Contra games up to the PSX era. Plus a few bonus games, sort of , They're just JP versions of some of the other games. Now we all know COntra, pretty much one of the codifiers of the side-scrolling, 'run & gun' genre. ALl the games are true to their original releases so pretty much everything that was good about them originally is still here, and everything that was bugged, glitched, unfair, or bad about them is also here. So top marks and a gold star for the games...
Said gold-star must be ripped away however for the poor packaging of those games. This collection is a console port. and a lazy one at that. The Options are somewhat limited but functional. I can't fathom why they would release a game like this and not include online multiplayer, I mean its like a no-brainer. It does support Remote Play together but it is rather poorly implemented to to the point that its honestly easier to use a 3rd party program to handle multiplayer. Couch Co-Op is nice, but come on! if they're gonna put this on PC they should have at least done some work to make it Online. I mean CAPCOM managed to do it, ATARI managed to do it, SNK managed to do it...Why oh why do you have to be so Konami Konami?
And then we come to my personal peeve. The control configuration, or should I say, the lack thereof. Now if you're playing with a controller, this isn't so bad, but if you want to play via Keyboard...yeah KOnami thinks you're a freak and has done their darndest to make configuring the controls as painful as possible for you. For starters you will be limited to 6 keys. Q, W, A. S. Z, and X. These are the only keyboard buttons you can configure.
You can change the action performed by those buttons but you can't use any other buttons, and even then the game itself does very little to tell you since it only ever shows the controller buttons in the configuration. Each of the controller buttons maps to different keyboard button directly and you'll need to do a bit of trial and error (or forum searching) to figure out what=what. If this sounds needlessly complicated and obtuse, you're right.
Honestly, you're better off using a 3rd party app like AutoHotKey to deal with configuring if you're using keyboard. If you're using a controller.. its pretty much pick up and play, though for convenience you'll want to be using an X-Box style control because thats what the system assumes.
On the plus side the extras and manual features are quite nice.
So now for the breakdown:
Pro(botector)s:
All games are true to their original releases.
The Graphical display settings are functional if limited.
Good selection of games.
'Fair' challenge to be had.
Con(tra)s:
Lack of proper online multiplayer.
Remote play together barely works. (Controller issues).
Almost zero configuration for controls (especially for Keyboard Users).
Konami:
Shows off some of the past Konami's best games.
Shows the 'lazy couldn't give a damn' we've come to expect from modern Konami.
Conclusion
Honestly, i was tempted to give this a thumbs down, for the keybinding and multiplayer issues but in the end the games won out. It's classic Contra and classic Konami. I'm willing to forgive a lot of crappy packaging for that. Though this one, this one toes the line. Can only hope they get a better developer to handle the ports. And incase I need to say it a gain. A controller is strongly recommended if you're going to get this.
So remember the holy mantra(UUDDLRLRBA) and try not to throw your controller through the monitor.

My very first video game ever was Contra. Back then, there were no save files, no checkpoints, no cheatcodes. You had 3 lives and you need to beat the game in one go. And they said Dark Souls was hard. smh.

We got another collection of classic games from one of Konami’s oldest franchises, Contra. Is this collection worth your time and money? Well, here’s my take on it. This is Contra Anniversary Collection.
The GoodInteresting to see differences between versions of the games.
Playing through the collection, it was actually interesting to see the differences in some of the games that had multiple versions released. One example of what I’m referring to would be the difference between the North American and European versions of Contra 3: The Alien Wars and Contra Hard Corps, where not only did they use robots instead of humans for the European versions, but they had run on 50 Hz instead of the standard 60 Hz, which made the game feel out of sync from the audio at times.
Regardless, it’s still interesting to see the difference from those games, and there are other differences that I found interesting when playing each of the games. I’ll let you have a look see what those differences are.
The BadLack of variety when there’s multiples of one game.
While the collection can give you a chance to compare the classics on the versions and the games themselves, it can also be used as a negative, for there’s lack of actual variety in this collection. Overall, there are a total of 10 games, plus 5 more in the Japanese listing, however, in terms of actual differences, there’s only 5 Contra games in total (Contra, Super Contra/Super C, The Alien Wars, Hard Corps and Operation C).
If you compare that to the Castlevania Anniversary Collection, that has 8 Castlevania games, plus 7 in the Japanese listing. If there’s one other advantage that I can think of that helps the Contra collection’s value is that most of the games have an option to have 2 players, so you can have fun playing couch co-op with a friend.
The UglyMissed chance to improve Arcade credits/continues.
Let’s get this out of the way right now, the Arcade games are the more difficult games of this collection. A saving grace to playing these games on this collection is that you won’t have to worry about losing your life savings trying to beat this game, since you can add credits with the push of a button.
On the flip side, the arcade games seem to handle their lives and continues all on one credit, so no matter how many credits you have added to your current session, you’ll always start with 3 lives and 3 continues. When you get a Game Over, it’s back at the start for you. I’m not sure if that’s how it was originally setup, but it’s a missed chance to maybe correct that and give the player a better chance to completing the game instead of relying on save states to win.
While there isn’t any major issues in terms of gameplay, the lack of variety might turn off some people looking for a good collection of classics to play. I’d still recommend this collection for those interest, but I’d suggest you wait for a sale first.
Developers (Headquarters)
Konami Digital Entertainment (Tokyo, Japan)
M2 (Tokyo, Japan)

This collection of Contra games is a gem in my collection. Now i can go back in time and finally beat some of these games which i failed to finnish when i was younger. Very recommended for Contra fans.

Contra Anniversary Collection - At last the return of a great game series I spent hours and hours playing with my buddies either in the Arcade or on a console at a sleep over, or at my last PC with a CD-ROM set which at this point will remain nameless. Each game offered so much fun its kinda ridiculous. I cannot say enough about this one as far as the games, the menu system is a little lacking my opinion, but honestly I will take what I can get!