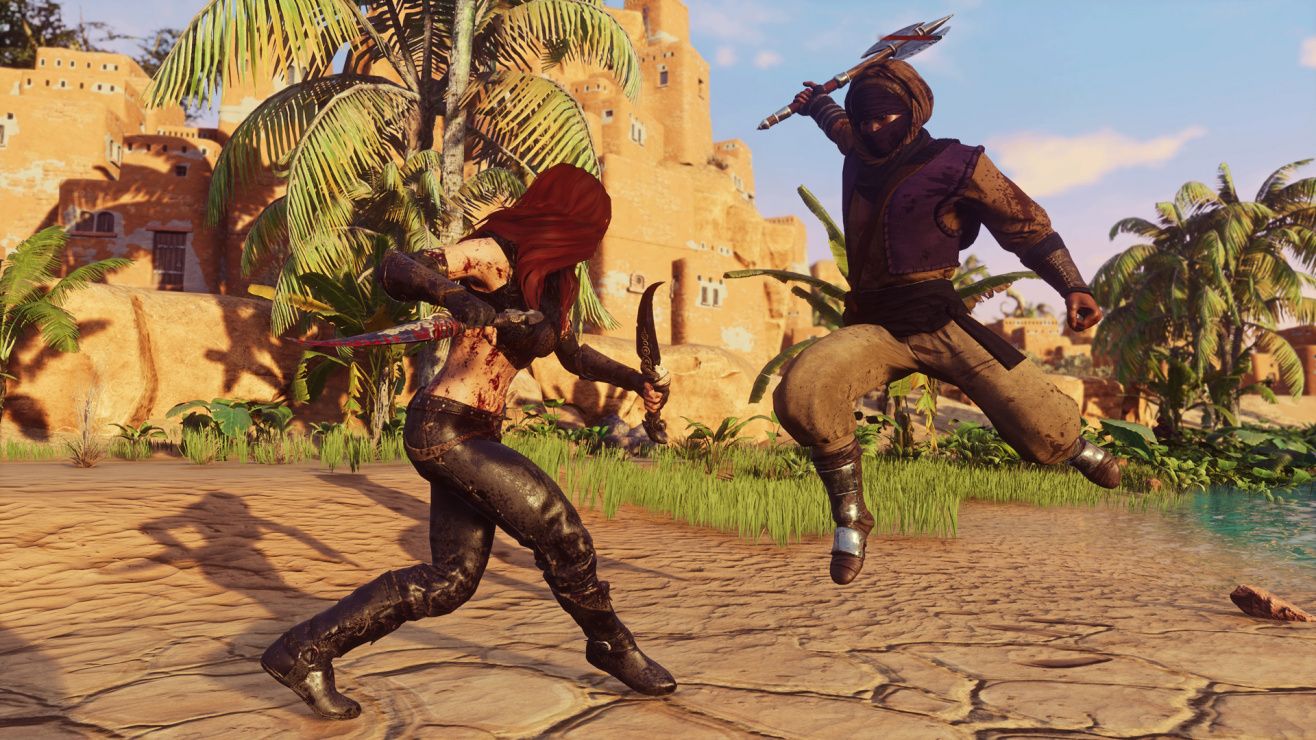 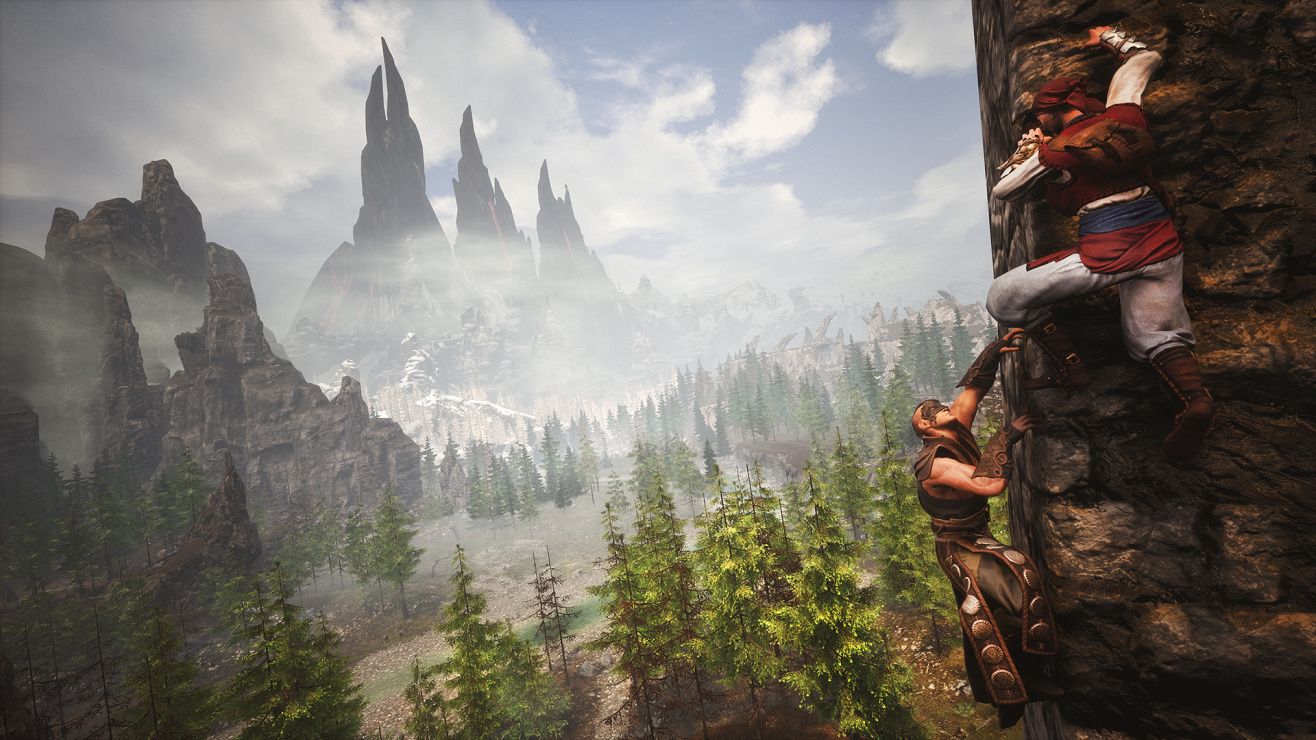 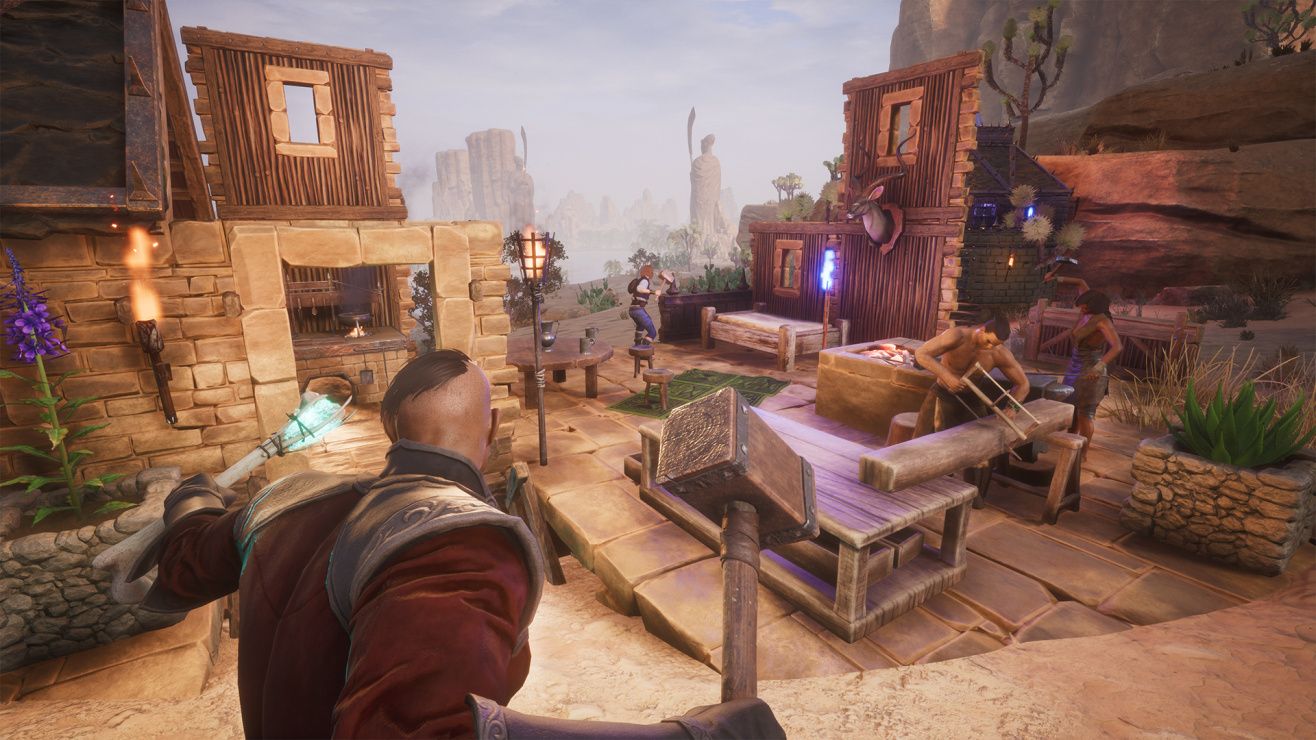 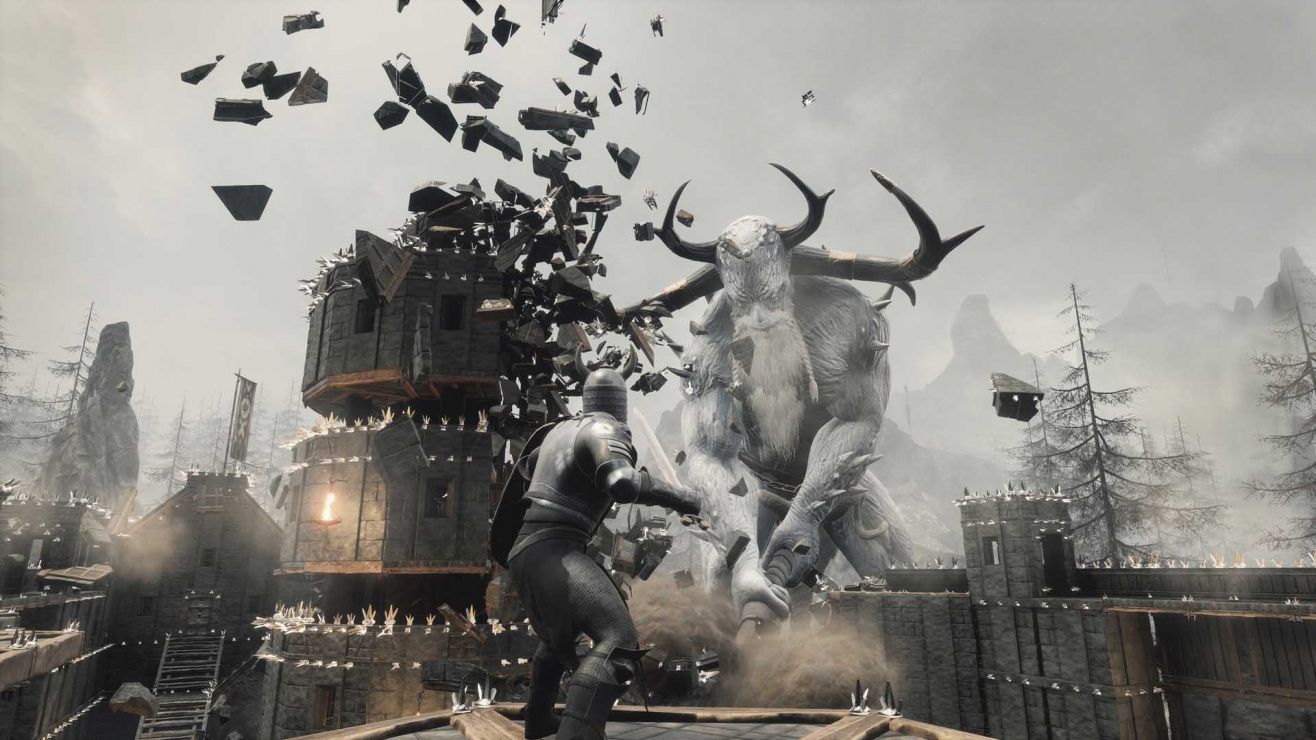 action axe brutal fantasy slasher survival sword world
Conan Exiles is an open-world survival game set in the brutal lands of Conan the Barbarian! Survive in a hostile world, build your kingdom, and dominate your enemies in both single and multiplayer! Start with nothing but your bare hands and forge the legacy of your clan, building anything a small home to gigantic fortresses and entire cities. Wage war using swords, bows, siege weapons, and even take control of giant avatars of the gods and lay waste to enemy cities. Explore a vast, seamless world full of challenge and opportunity. Hunt animals for resources, slay monsters for treasure, and delve deep underground to discover the secrets of ancient civilizations.
Share Share Share
Promote for 50G

I like Conan Exiles, I play all the survival games....Rust....7 Days to Die.....ARK....I think I like Conan best. No modern weapons, can't get head shot by some wild kid with a killer instinct, no real bombs...can't get your doors blown off by some wild player with destruction on their minds. I'm 64 years old and I've been a gamer since the early 80s. Work at a prison (sorry, state correctional institution) so Conan is my wind down from a hectic, sometimes exasperating day.

Edit Review:
My original review of this game was negative due to the planned ( not bugged) movement changes that were introduced with the latest mount update.
For me, it was so very frustrating- it reminded me of the Star Wars Galaxies revamp when everyone quit. Very similar feeling. (SWG was a game I loved and hated to leave. I think about it still.)
The previous Conan update felt like I was fighting a gimped movement system. It was like moving your character through mud with ankle weights on vs being able to enjoy all the other wonderful features in the game. ( I LOVE this game. It's amazing, quirky bugs aside. My kid can play the theme song on her trumpet, she hears it so often.)
The official forums blew up about the movement changes. It was nuts.
Since then, Funcom has reviewed a lot of the issues that had come up (sluggish movement, the long ramp-up to full run speed, jumping/falling and the turning /walking small movements).
Funcom held their Conan Thursday stream 12/12/19. It looked like they had as rough as a week as the rest of us did. It probably didn't help that they were also sick. That's a lot to deal with when also being under the weather. I get the human side of it.
They announced the failure of the lack of communication. The 'why' the movement was adjusted the way that it was. They explained that it was a more "sledgehammer" approach to a fix vs a "scalpel" adjustment. And Funcom apologized.
Wow. I honestly didn't see that coming. A company taking responsibility for not something I'd say was a mistake, but more a rash change that blindsided a lot of players. Well done.
Today, Fri 12/13, they introduced a hotfix which included refinement to the movement system.
It feels great. Not the same.. it's not a rollback. But different and playable.
Quicker response time. I can move around my base again without dragging my feet. I can jump off a cliff and grab back onto the ledge again. I can control the character sprint much more fluidly than before.
Thank you Funcom for adjusting the movement system!
Thank you Funcom for the stream explaining what happened!

I love roleplaying in this game helps me forget about my cancer :)

My husband and I got this to celebrate our anniversary since we can't actually go anywhere with the coronavirus lockdowns.
Can confirm that those who slave together stay together. 10/10 would recommend.

Oh god what have i done with my life.

You start out naked and get the chance to create a massive fortress filled with thralls. They've nailed the Robert Howard atmosphere from the books. It's a perfect blend of exploration, crafting, and survival. I play it for the single player experience exclusively and it has completely hooked me.