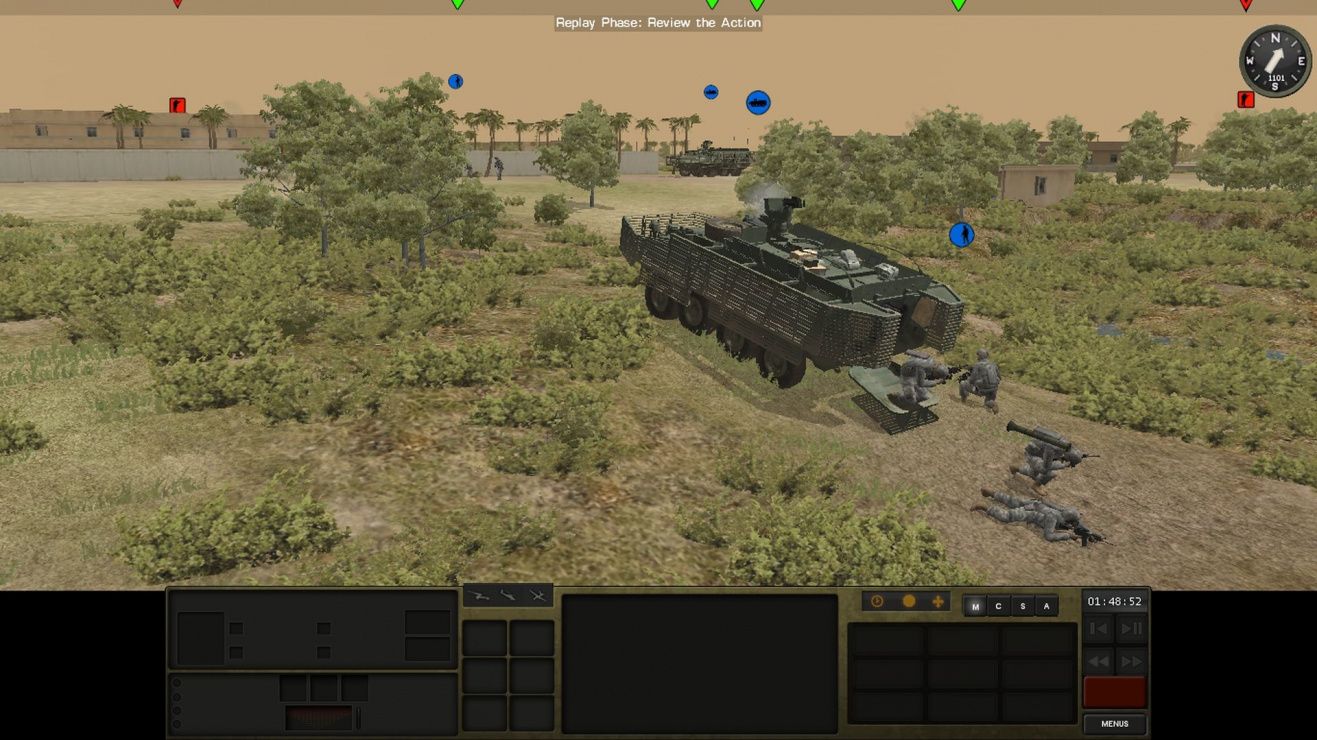 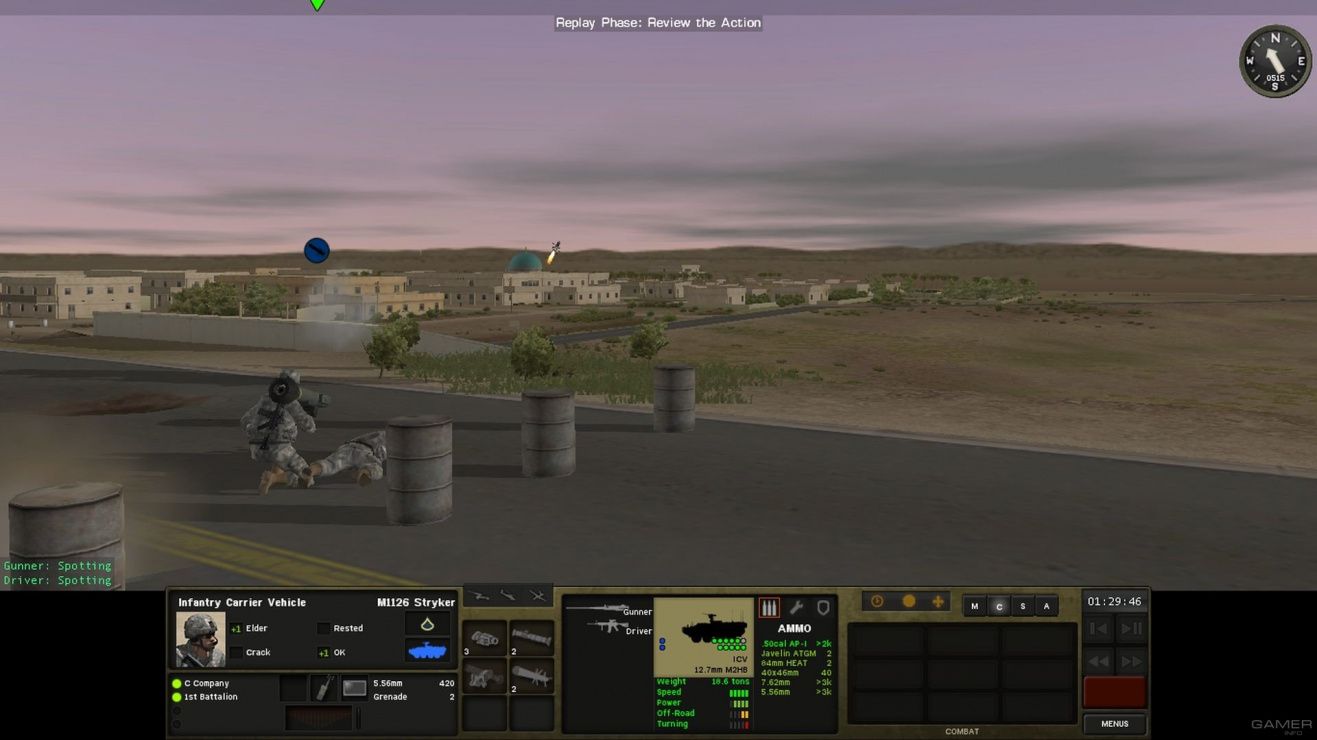 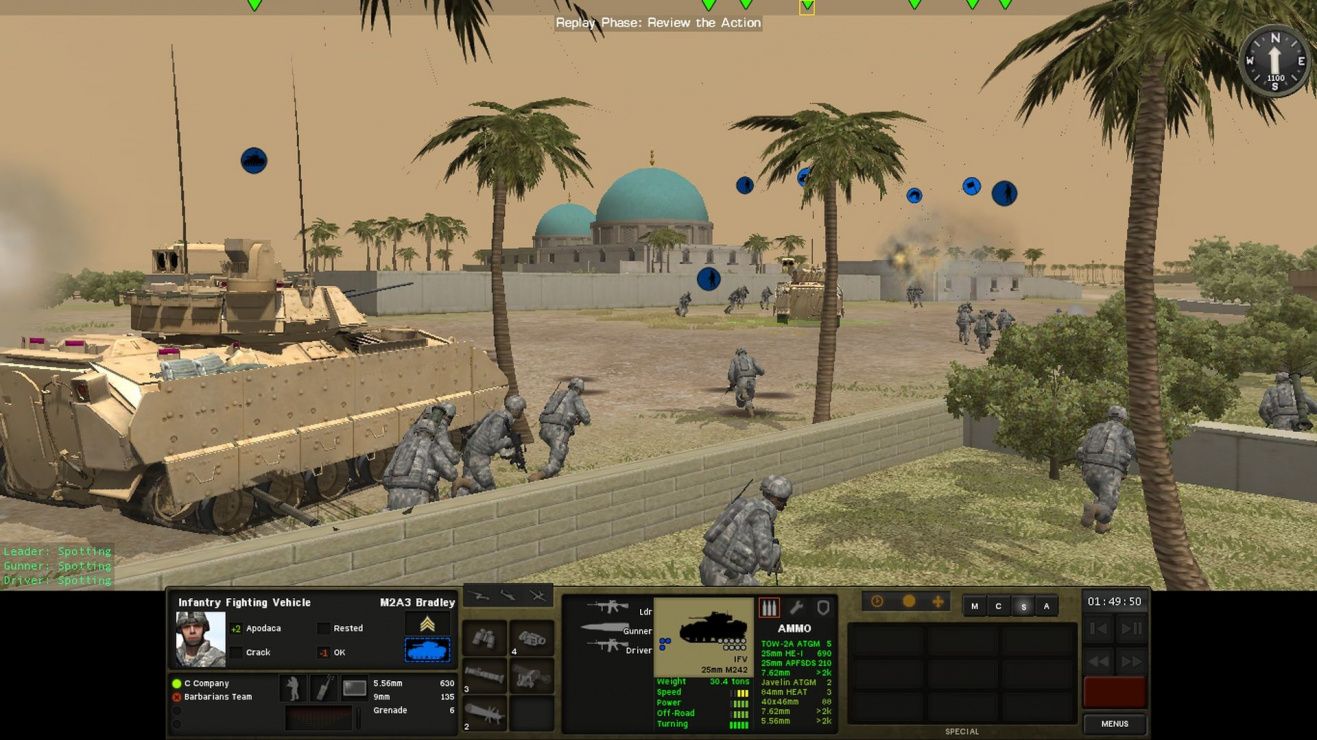 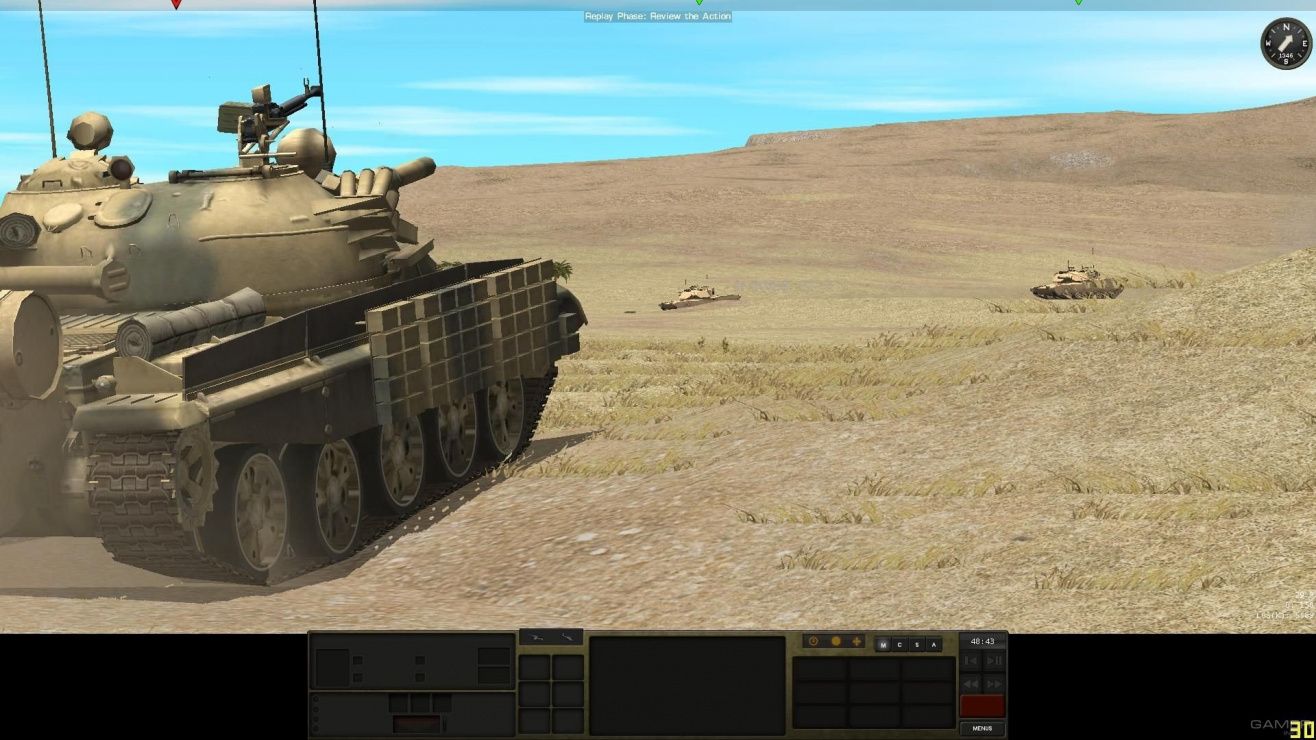 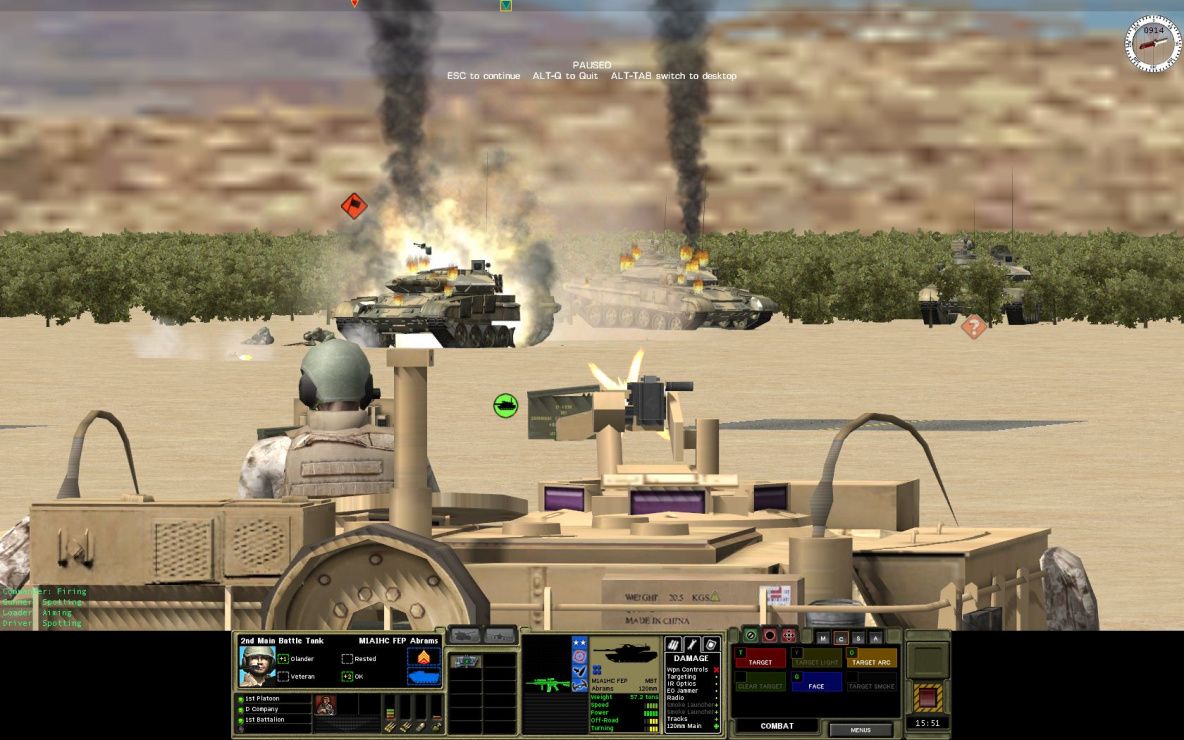 For any of those who are on the fence about buying the game; the developer's have released a demo for their game that can be downloaded from their website for free:
And for any newcomers please take some time to watch these tutorial videos created by Usually Hapless:

I did not understand the reason for the steep price of this game but hold on brethren, now I see the light! You are paying for hours and hours of fun, detail and replayability. This "game" is one of the best and most immersive hardcore military simulator games I have ever "played" apart from "Command: Modern Operations". Downloaded the demo from their site and after about 10 minutes gameplay I came back and bought it without delay.
Pros:
- Detailed combat system.
- Big battles feel "real". You cannot simply "walk into Mordor".
- You will get torn to shreds if you leave your troops oin the open, just like real life - your soldiers will panic and they are surrounded by rooftop gunfire, your tank crews will disobey orders to advance if they feel their lives are in danger.
- Using smoke ACTUALLY HAS A PURPOSE in this "game". Want to storm a city with 15 tanks? Don't do it without infantry. See a T72 approaching your group of IFVs? RUN AND HIDE IN THE CITY because a single shell can penetrate multiple vehicles and you re better off ambushing it with AT infantry.
- Storming buildings floor by floor and gaining ground street by street feels authentic as heck. Well done developers! Capturing a large chunk of a city is very rewarding.
- The sound. WOW. The first time I was fully immersed, I zoomed to ground level and was overwhelmed. The satisfying, bassy gunfire, IFVs firing, troops shouting and manouvering, Humvee engines idling, the whistle of artillery as it smacks the ground and explodes, and best of all the sonic booms of Apache helicopter's bullets before they hit their targets... or was it after? no idea, I just heard the distinct "whabam!" of an enemy T72 and I need to pull back my men before chocolate ice-cream hits the fan.
- It's basically ARMA in RTS form. Who needs a social life? not me! 10/10
- You can, with a significant amount of firepower, level entire buildings. Or simply blow up the 3rd floor wall of a building because an enemy sniper was causing you grief. 10/10.
Cons:
- The skybox. I want to look over the horizon surrounded by my troops as the enemy receives a special delivery of mortar rounds. WAIT WHY is everything beautiful apart from the distant blurry horizon and the edges of the maps +_+ Oh no.
- DLC pricing... oh no here we go again. I am typing with one hand as the other reaches for my wallet... maybe my mind will be changed when I see what there is to offer...
Overall 10/10 will play several times again

So many times people are asking for an option to give a "maybe" instead of thumbs up or down, but the option still isn't here so I'm going to give thumbs up, but with reservations.
This is an awesome, super realistic tactical simulation that currently doesn't have a peer. The graphics are not great, but I think anyone in the potential customer segment probably can overlook that. The only tactical game comparable in realism currently available in Steam that I can think of is Armored Brigade, and that has even more barren graphics in 2D (but is also significantly cheaper).
So the price is steep as heck, mainly due to the niche nature of the game. In return you get a level of detail and realism that is incredible, and the game really requires you to apply yourself and think every decision through is you are to succeed in your mission. In the campaigns (at least most of them) there also will be no replacements for casualities, so every loss of men and/or equipment really stings. I also recommend the DLCs for more equipment, missions and campaigns, but the reservation about price also applies to those.
To summarize: The ultimate experience in tactical simulation that hits your wallet as hard as a barrage from a battery of 155mm SPGs. Still, I'm looking forward to CM: Black Sea that I understand is the next Battlefront title coming to Steam.

This is, without a shadow of a doubt, the most realistic war-based game that you will find anywhere. Don't expect an RTS. This game will take you through how real armies fight. You will realise the futility of sending troops out into the open without sufficient cover. You will learn how to implement real world tactics into your play, and most importantly you will learn how deadly the modern battlefield really is.
There is a reason why professional militaries use the game to prepare their troops. The detail put into the game in terms of ammunition, vehicles and morale makes this the closest that you would want to get to real combat.
I have been waiting for the steam release with baited breath, having collected all of the other Battlefront titles and I hope that this move opens up the game to the wider public. This truly is one of the all time classic military simulators and I am now going to continue the British campaign slogging through the Syrian defences with my Scottish Reg't.

Absolutely amazed to see Combat Mission on Steam. CM is still the best at what it does.