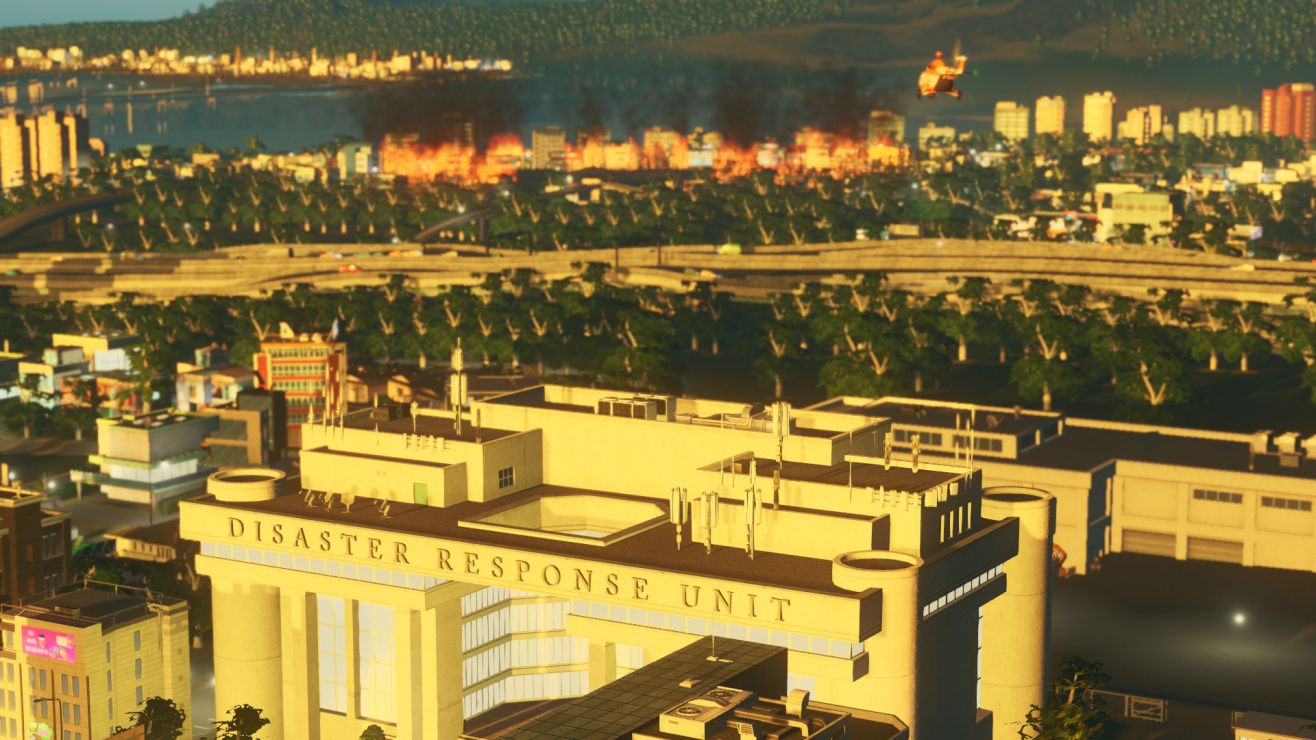 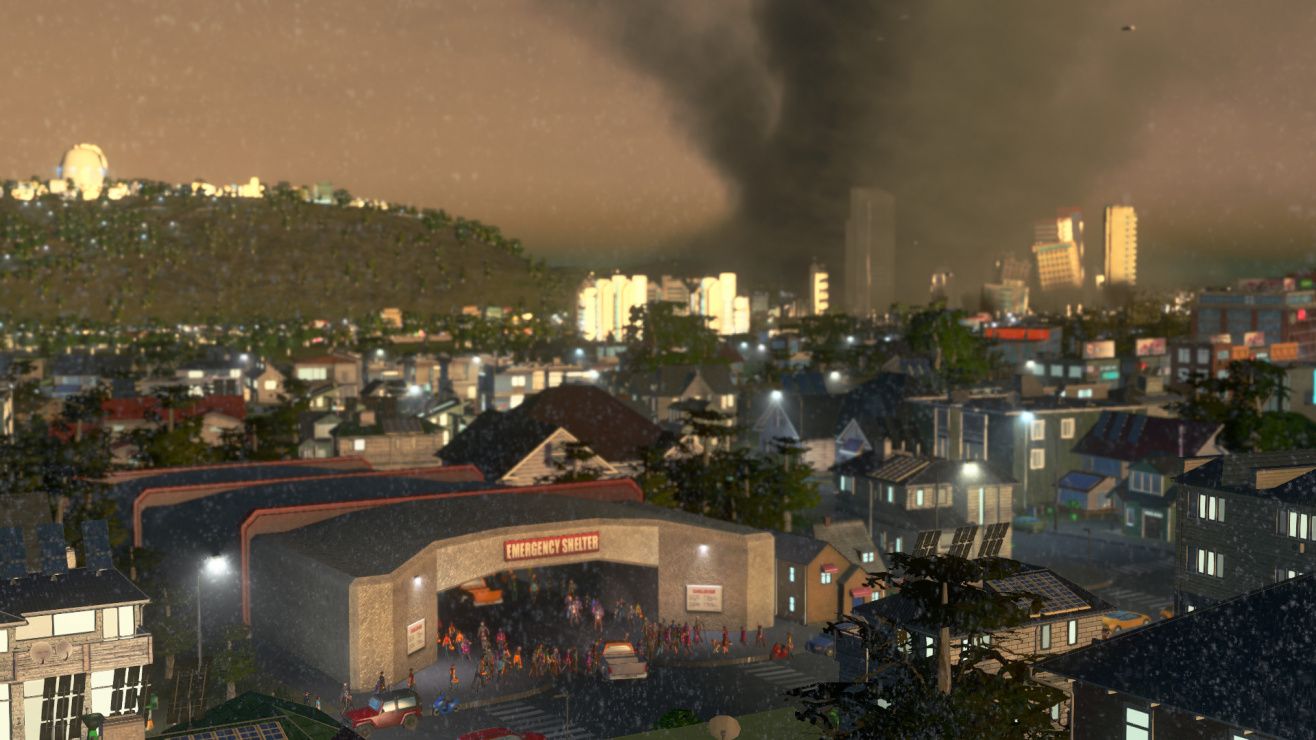 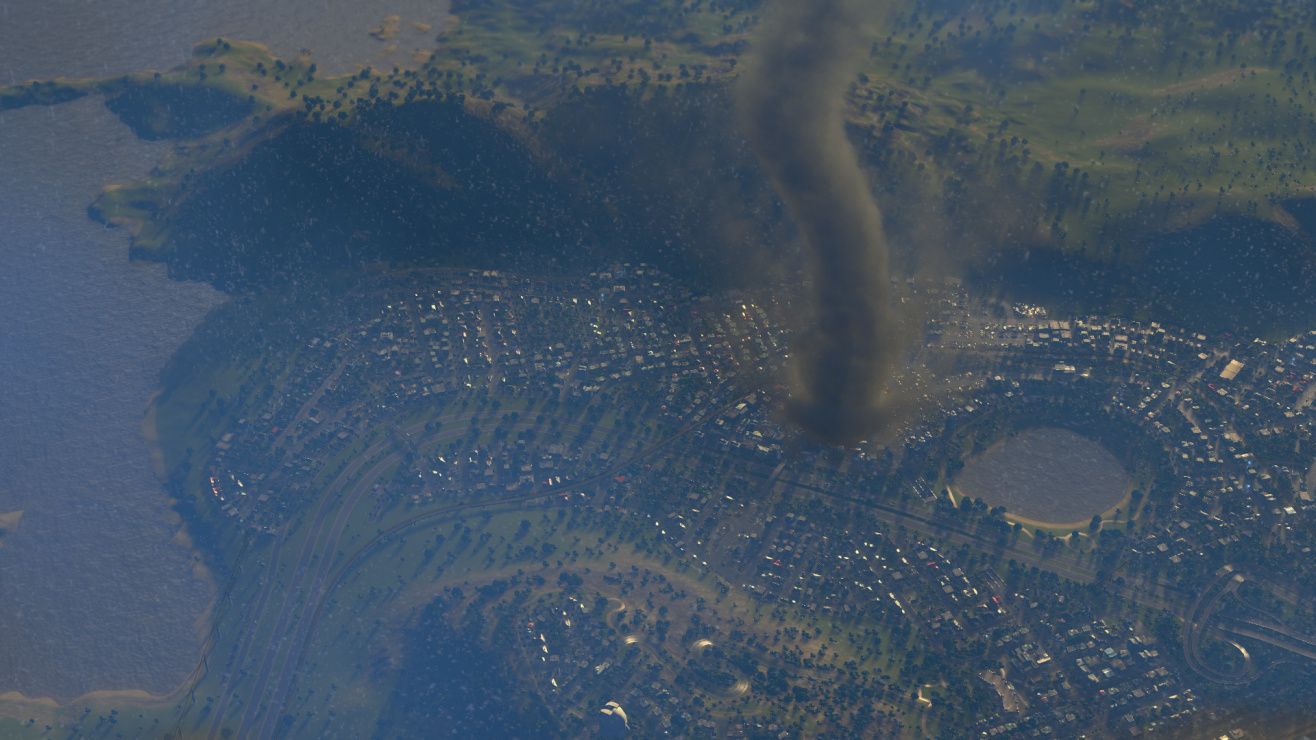 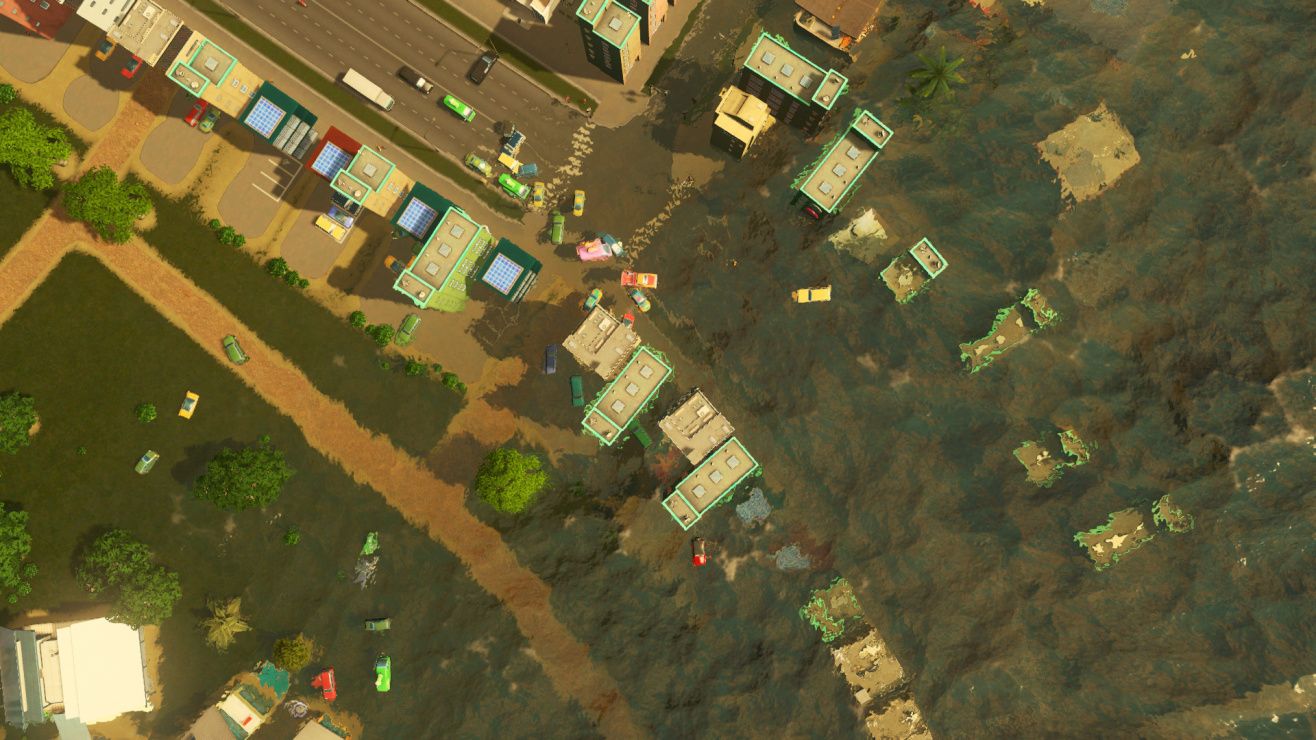 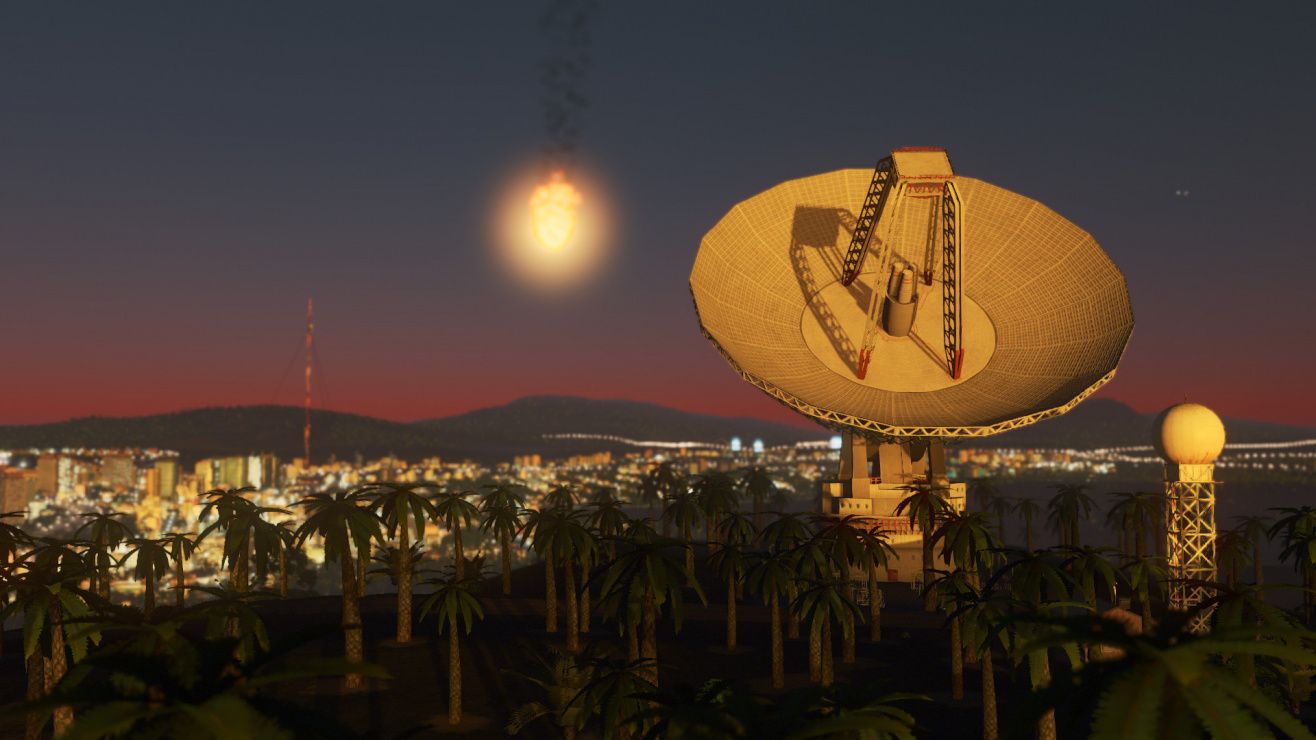 Cities: Skylines NEEDS hurricanes as a disaster. You have everything else: Tornado, Sinkhole, Meteor, Earthquake, etc. So, why not Hurricanes? Hurricanes would take along time to start once spawned. Once one it started the player will start seeing super dark black clouds roll in. It'll rain harder (depending on the size), and the wind will get fast. (On the topic, make trees, and extra grass stuff blow hard during wind related storms). The hurricane beings big waves that can reach land (once again depending on it's size) and those waves can knock out anything near the water. Adding a new "hurricane evacuation route" would make since, and would help the player keep his city safe. Also, new street signs pop up on "hurricane evacuation routes" saying: Hurricane Evacuation Route. Now, the thing about hurricanes is they last WAYY longer than any other disaster, so make this disaster last long. Other things you can add to make it more of a storm is add new "high wind sounds" when a storm is approaching. The sound won't end until the storm does. Please, add hurricanes!

bought this 4 years ago and never once used it, now thats a proper investment

Cities: Skylines - SimCity
Obviously, if you really hate the idea of ruining your perfect city or breaking what you've already done, then don't buy this DLC. It's Not Recommended for these kind of players.
But for those who likes the added challenge of getting screwed every often or just enjoy some pure destruction, get it! It's Recommended!
You can spawn disasters here, just like SimCity! Or just let the game spawn disasters randomly and try to not get screwed by the game. Don't like random disasters? You can turn it off and only then you can build in peace.
But destruction is not the only thing you can do! You can still save your people. Build some shelter, hit the evacuation button, and everyone will run to the nearest shelter. At least they'll be safe. The buildings? Not so much.
And for the players who seeks more destruction, there exists a mod that increases the intensity of disasters up to the absolute game's limit!
I don't think this DLC changes any of the standard gameplay mechanics, so it's probably safe to install this DLC on your existing vanilla 300k pop cities you've been working for months and years. Just be careful of the disasters, though!
Or you can just install this DLC, turn off the random disasters, and forget that it ever existed.
This DLC, explained in terms of other things:
The SimCity's disaster spawner tool. Now with the evacuation function!

God should not have given me such power.

I feel like it's a little overpriced for what it is, however it does add a lot of cool new things into the game that are fun to play with. If you're a fan of cities skylines, then I recommend this expansion for sure.