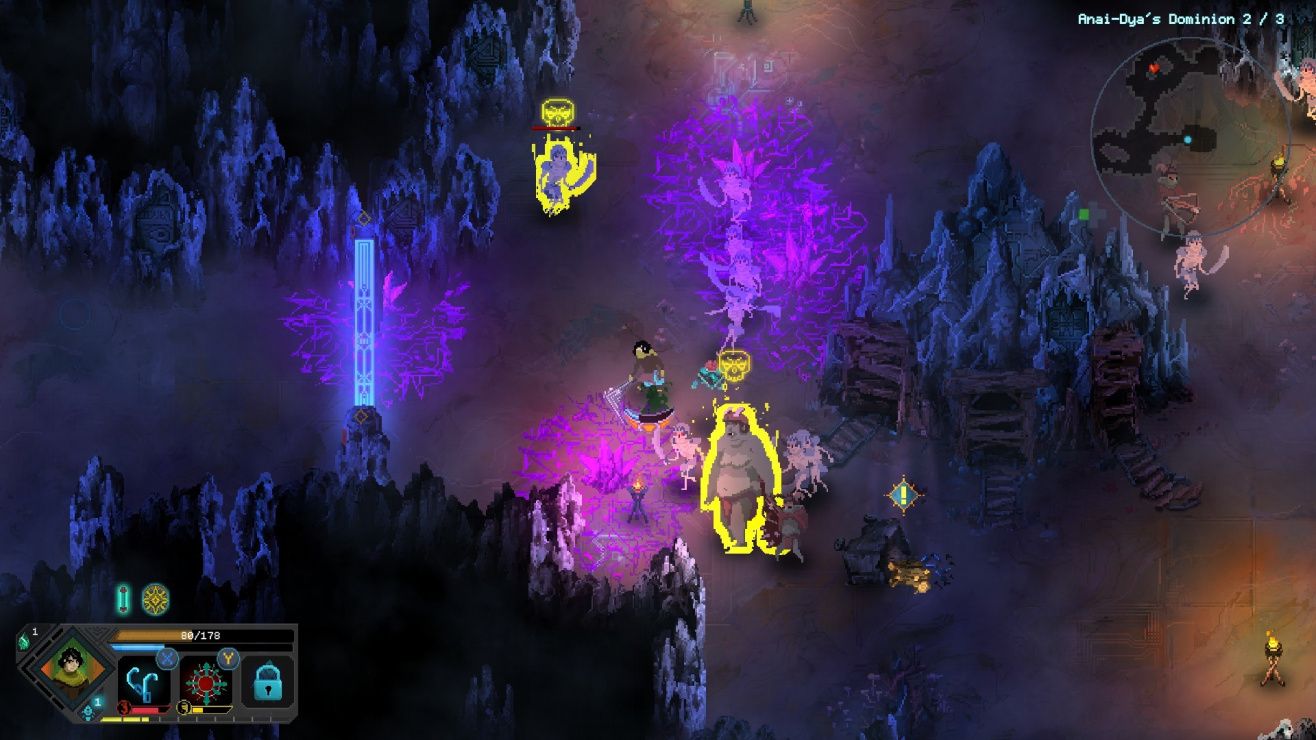 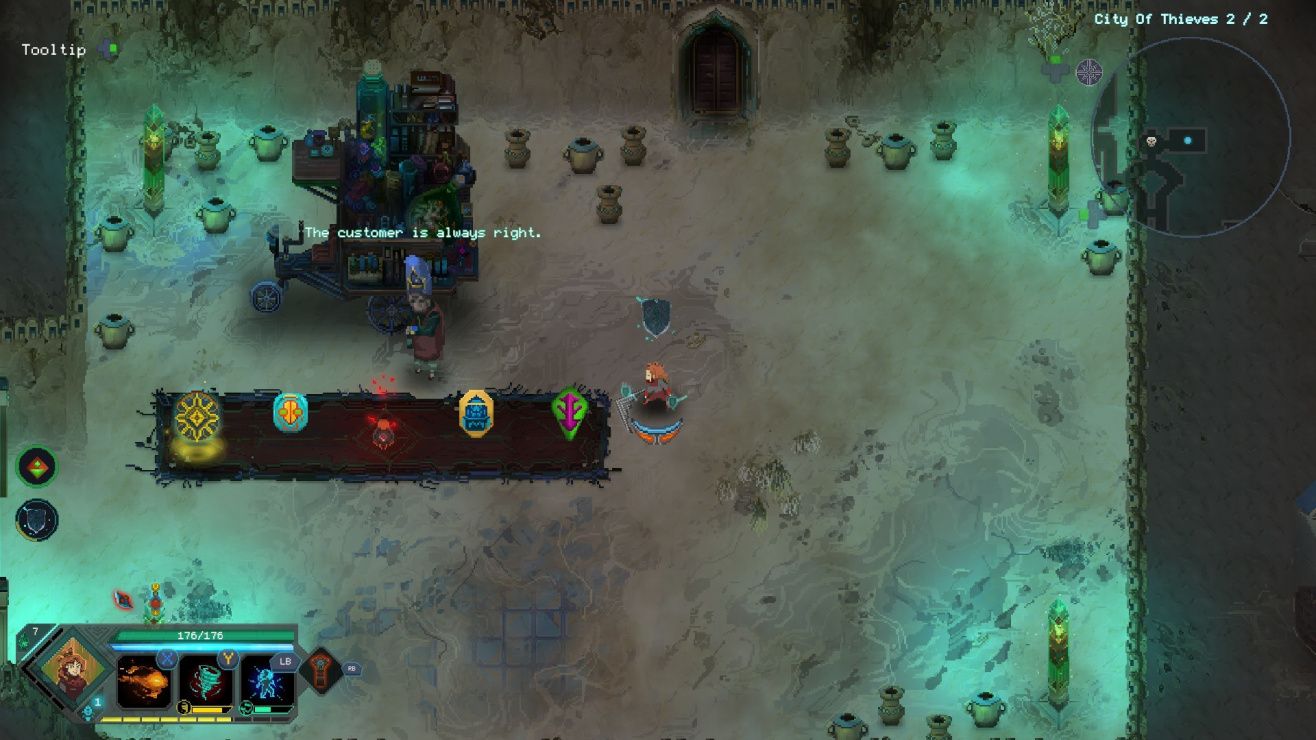 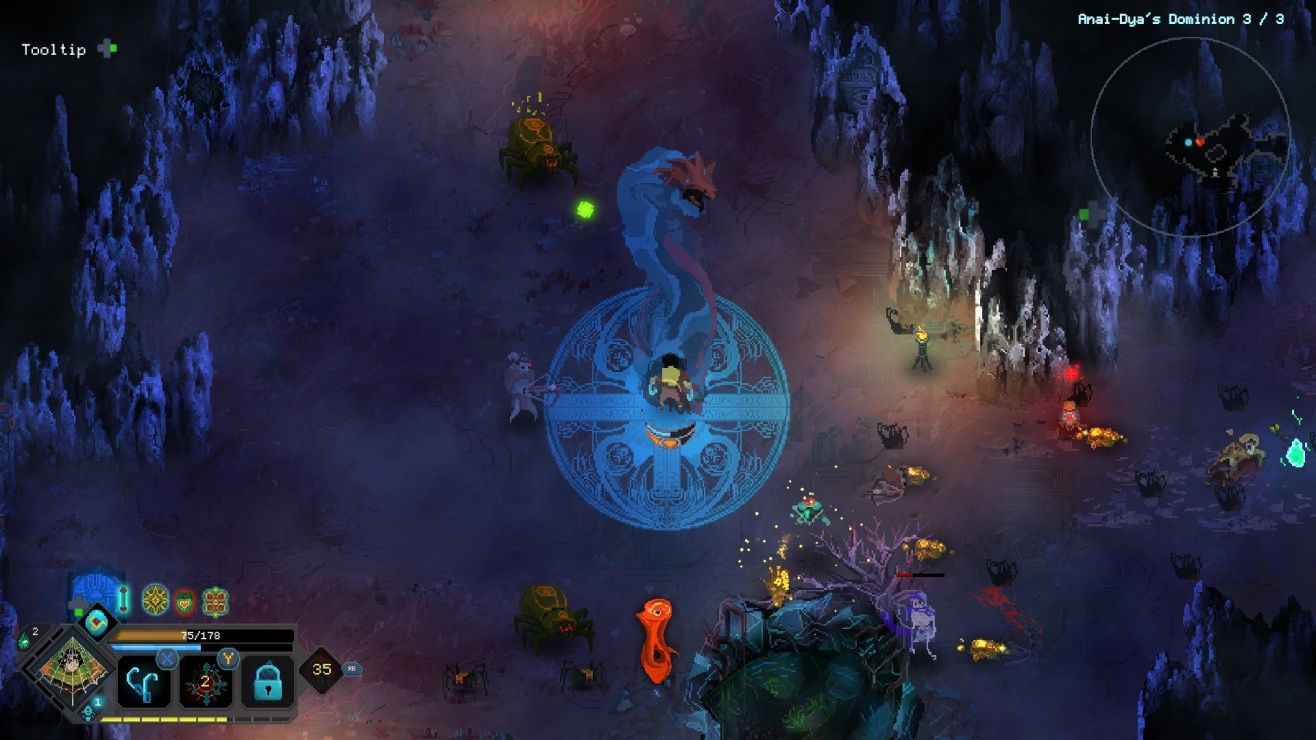 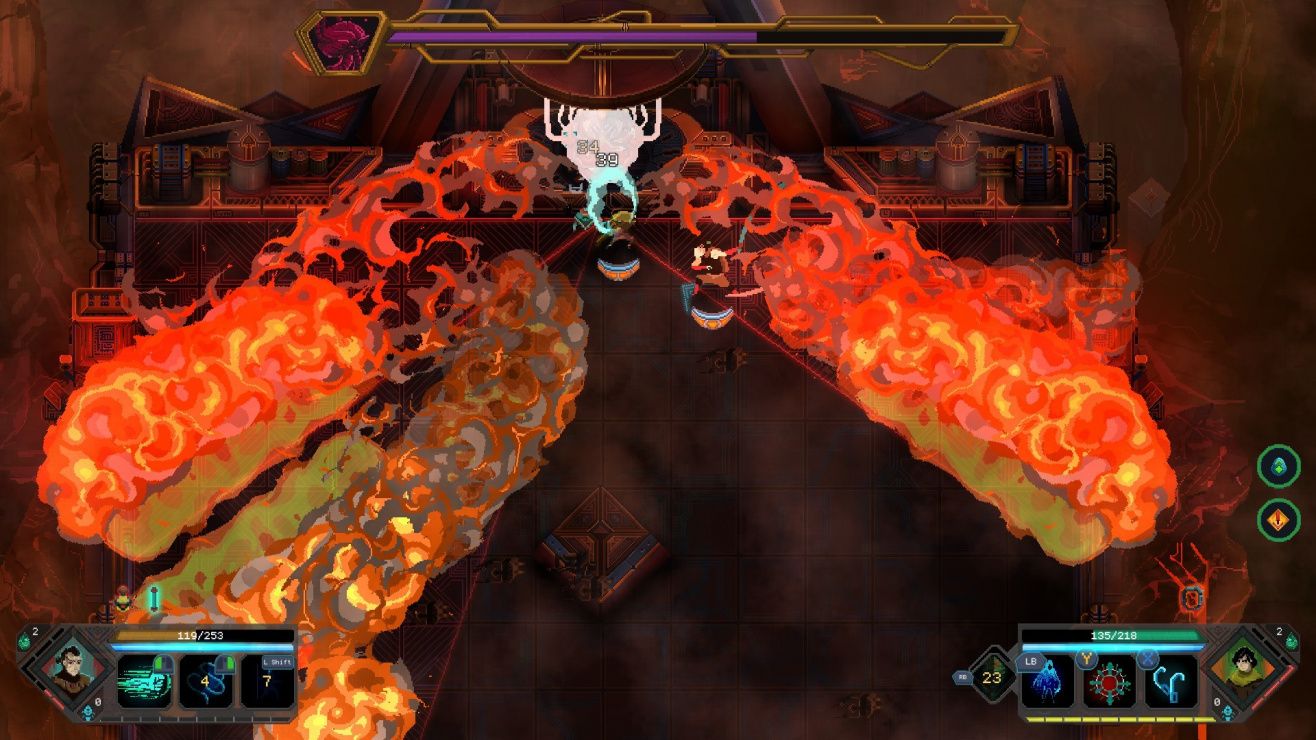 action adventured co-op indie rogue-lite rpg violent
Children of Morta is an action RPG with a rogue-lite approach to character development, where you don’t play a single character - but a whole, extraordinary family of heroes. Hack’n’slash through hordes of enemies in procedurally generated dungeons, caves and lands and lead the family of Bergsons, with all their flaws and virtues, against the forthcoming Gameplay-wise it's a unique mix of action-adventure RPG, rogue-lite and hack and slash game. By leveling up, you develop not only individual characters but also the entire family. There is no permadeath and you can change family members between the dungeon runs. The story takes place in a distant land but copes with themes and emotions common to all of us: love and hope, longing and uncertainty, ultimately loss... and sacrifice we are willing to make to save the ones we care the most for. Ultimately, it's about a family of heroes standing against the encroaching darkness.
Share Share Share
Promote for 50G

My 8 year old daughter and I play this game. She loves it. Great bonding time after homework. Mom yells at us to go to bed. I couldn't imagine playing a game like this with my dad when I was her age. I hope we still play MP when she's older. Great characters to choose from for your play style. Beautiful pixel art (my thing). You can save a puppy (her thing). Single player is fun and a relaxing 30 min after a hard day of work as well. Love this game.

Children of Morta is the definition of a good small indie game. This relatively story-heavy rogue-like is modest in scope (three worlds, each with 2-3 levels/bosses), but makes up for it with clear focus.
The core idea is that you play as a family of heroes, each with their own abilities. As heroes level up, they unlock abilities buffing the whole family, thus creating very steady progress. As befits a rogue-like, you will often die, yet rare runs feel like complete failures.
Additionaly, you find secrets, items, and small stories in levels, and the main story, a charming tale of familial love, progresses after every boss beaten. Combined together, these create a fluid and natural flow. The fights themselves are engaging too: while enemy and hazard variety is limited, each hero plays sufficiently differently, so the game doesn't become stale. After finishing the main storyline and beating the final boss, I kept replaying levels just for fun and achievments, which is more than I can say for most games.
One thing that perhaps was less than ideal was the difficulty curve. I would normally die a lot in the first level of each world, failing to reach the boss repeatedly; then, after killing them, would steamroll the rest of the world. Seems like the difficulty spike is a bit too steep between worlds and a bit too flat within one. The game would also benefit from some sort of an endless mode.
The visuals and sound are also the definition of a good indie: limited in scope, yet incredibly beautiful and good at what they so. The narration reminds one of Bastion and adds a nice book-like quality to the game.
All in all, this is a very good title for lovers of rogue-likes who are not annoyed by stories, and not too hard if you're a beginner, too.

This game makes you don't get upset when dying in a dungeon. Since you know you'll always return home to your family for a new story ❤. I had never had this feeling in a game, this is wholesome awsomeness.

This is a really beautiful and wholesome game. I don't particularly love rogue-like games, so this liter version was much more to my liking. As you still keep the exp and money even if your character dies, the game keeps a feeling of constant progression and never feels frustrating.
Gameplay itself is fun and each Bergsons has distinct abilities and skills, so I was never bored, despite facing the same enemies multiple times (there are 3 main areas, each with 2-3 dungeons).
The game kinda punishes you for selecting the same character over and over, so you'll have to level several (if not all) family members along the way.
I loved the narrator's voice and the little story bits each time you returned to the house. I was also really impressed by the art style, great job there!
All in all this is very good game and I'd recommend it to anyone looking for a more relaxed rogue-like game with a nice story.

I am really enjoying this game all around.
The combat is really fun and the different characters really help with the game becoming too tedious. The customization is really nice too. Of course more skills are always welcome but this worked.
Music is great and easy on the ears.
The story telling is amazing, the narrator's voice is great to listen to which is really rare for me.

I got my wife to play this game with me 10/10 would marry again.