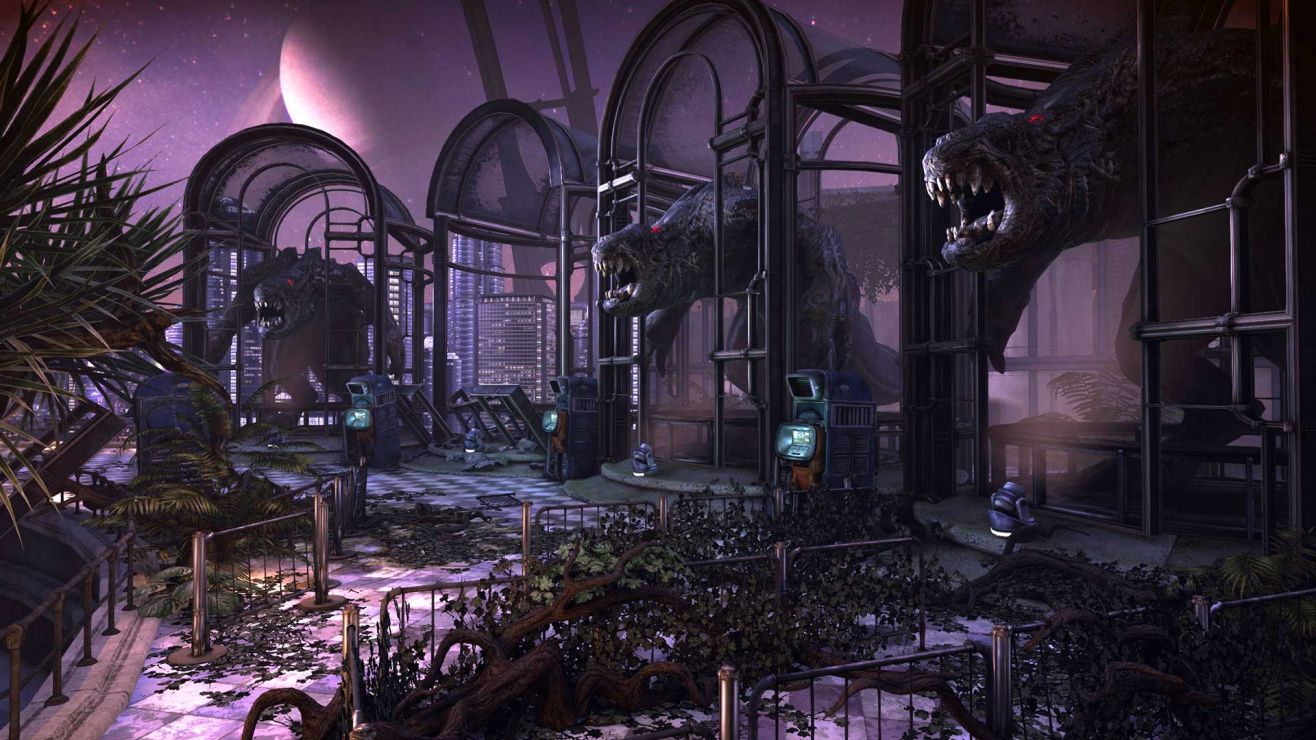 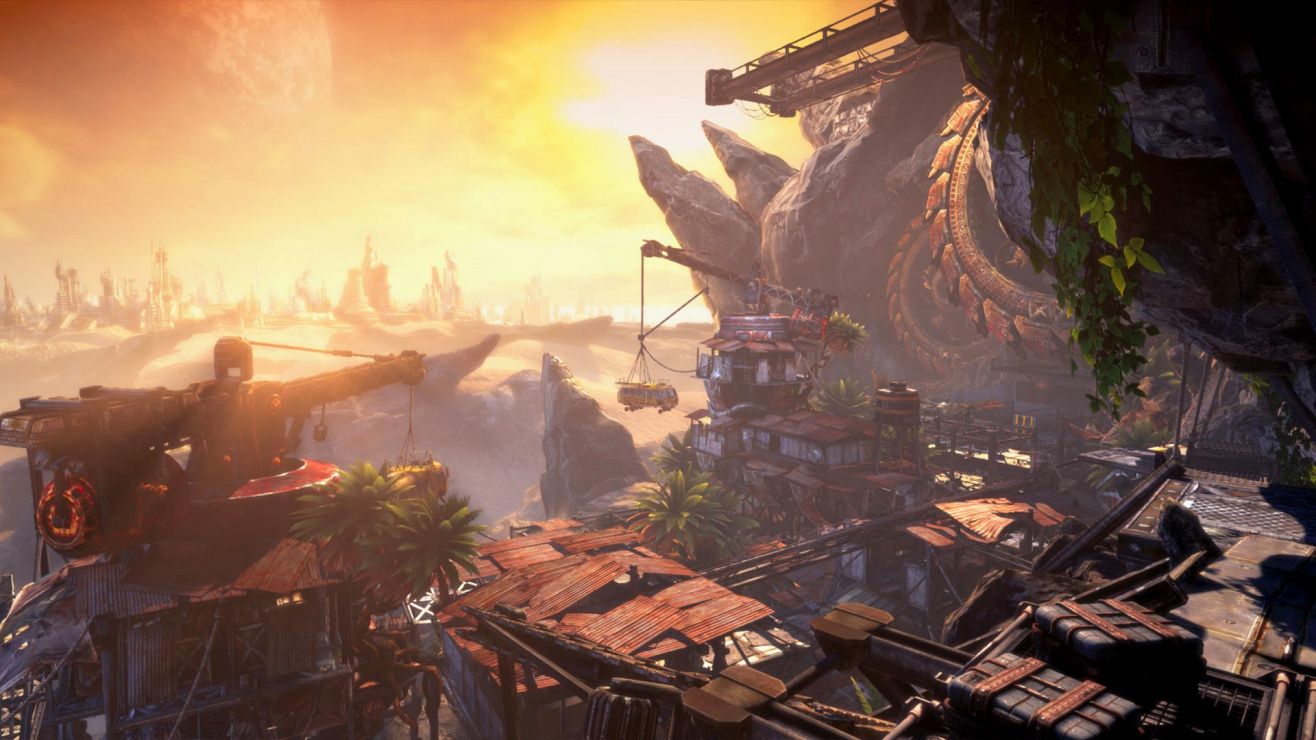 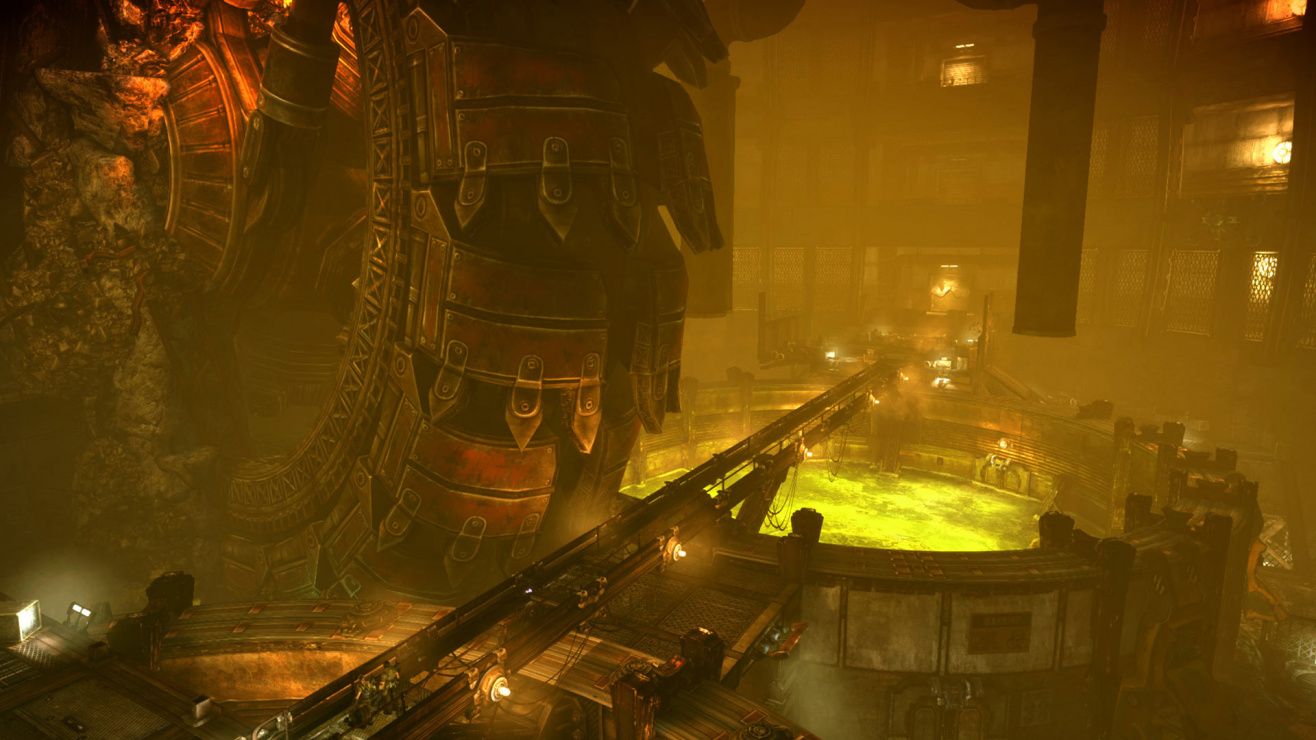 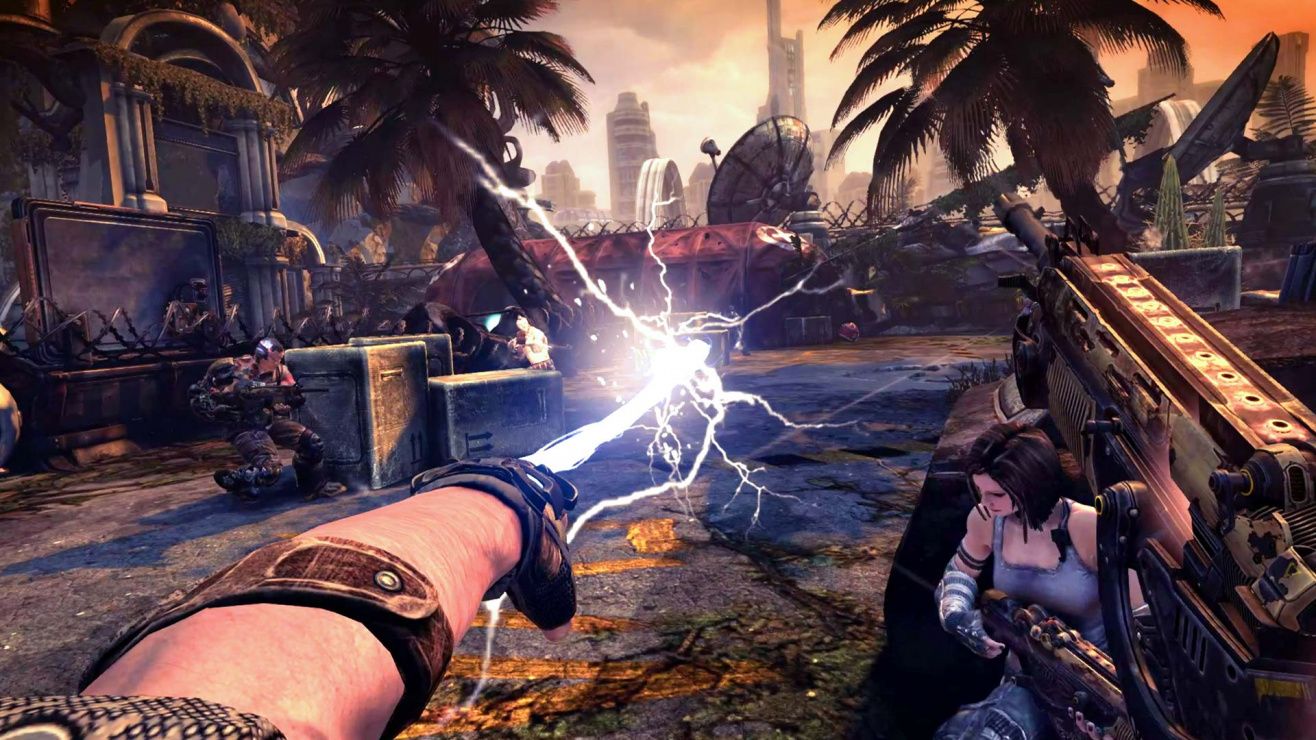 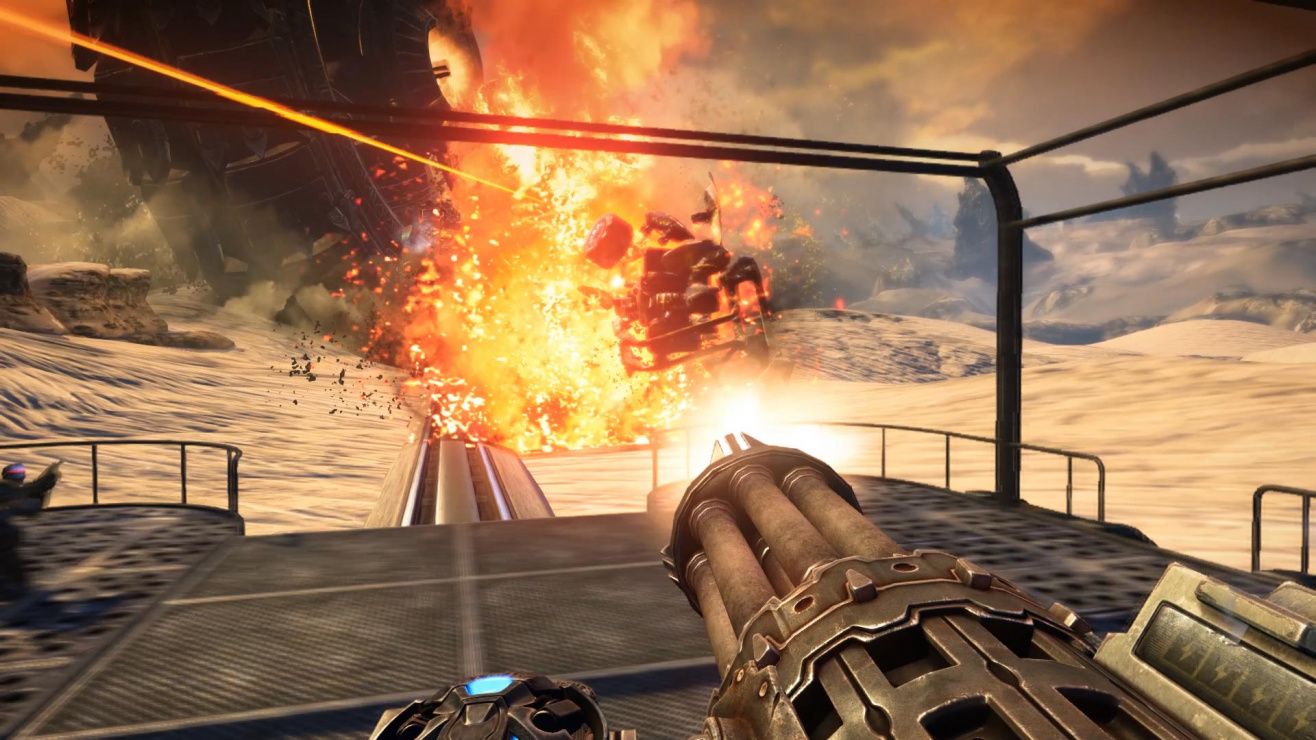 PC Steam Console Playstation action Xbox sci-fi co-op shooter atmospheric survival funny fps violent
Step into the boots of Grayson Hunt after a crash landing on an abandoned resort planet forces him to make a hard choice: survival or revenge. An exiled member of the elite assassin group Dead Echo, Grayson’s blind desire for vengeance finds his crew stranded on Stygia where he can finally confront the commander behind his betrayal—or get his team off the planet alive. Battle your way through throngs of Stygia’s mutated inhabitants, performing masterful kills throughout the single-player campaign—or one of 30 competitive score-challenge or 12 co-operative multiplayer maps—using Bulletstorm: Full Clip Edition’s unique “Skillshot” system that rewards you for executing the most creative and deadly kills imaginable.
Share Share Share
Promote for 50G

Back in 2011 Bulletstorm found itself in the middle of a scandal concerning its attitiude towards violence and creative profanities - so much so that people quickly saw it as a commercial trick and dismissed the game itself as mediocre.
While in reality Bulletstorm was - and to a great extent still is - the future of shooters.
Its greatest achievement is that with its skillshot system it makes the player feel like they're playing a Devil May Cry game. Juggling enemies, finding new ways of dealing with them, combining those ways - all of it with the most diverse arsenal of weapons each of which has a special mode to its name. And unlike in Devil May Cry, here fighting creatively is a neccessity - scored points are spent on ammunition and upgrades - and ammo is pretty scarce in Bulletstorm. That is one of the reasons why Bulletstorm was not very well recieved back in the day: the habit of the general audience towards CoD-like shooters impeded many from embracing the fast and aggressive attitude this game requires.
Stylistically, Bulletstorm is Gears of War gone punk - in the most basic sense of the term. It is very silly - by design. Many moments throughout the game are intentionally comedic - like escaping the room with an armed superbomb through a vent only to circumnavigate your way back into the same room. But it never falls into slapstick territory. Bulletstorm is, despite what you might think, an extremely well-written game. Here are the reasons:
1. Obscene language here is obviously a result of long and hard work: you see that you're dealing with outlaws, soldiers and sailors - and should you forget, they will remind you by mentioning someone's mother, orientation or genitalia in a way that is likely to stick in your mind forever.
2. Bulletstorm has some very solid worldbuilding despite (or rather thanks to) having no collectible pieces of information scattered around the level. You get all you need to know - no more, no less. This universe is not ten kilometers deep, but it still does a very good job.
3. Most importantly - Bulletstorm is very much like Fury Road in that it manages to keep the breakneck pace all throughout its 8-13 hours of play. The whole game is a giant ACHTUNG - the protagonist is in an extreme situation, the antagonist is in an extreme situation, everybody wants everybody dead, and everything on this mad planet is aggressive and volatile. Not to mention the over-the-top setpieces like the infamous section where you are being pursued by a gigantic wheel or another one where you use a remote-controlled monster shooting lasers from its eyes to destroy a gang of enemies. Every moment you are being thrown into a new creatively concieved scenario, where your protagonist and all around him will joke, curse and shout so believably or so amusingly, you will have no choice but to curse, laugh and shout with him.
Imho: Bulletstorm is the best setpiece shooter ever made, and we are yet to see an FPS to surpass it in creativity. Or writing.

Tell Cliff Bleszinski to come back and make a second version

You would be crazy not to pick this up on sale. This game has the crazy fun type of wild weapons and frags you usually only see in a DOOM game. Okay, maybe a second rate DOOM - but you can't go wrong for 90% off. It has great graphics that still hold up and hours of game play.

Masterpiece Game, but this game is so underrated. I recommended you should play this game, and this game is incredible. Well, multiplayer is quite dead, but the campaign is amazing!!! Huge boss fight is amazing! I love it!