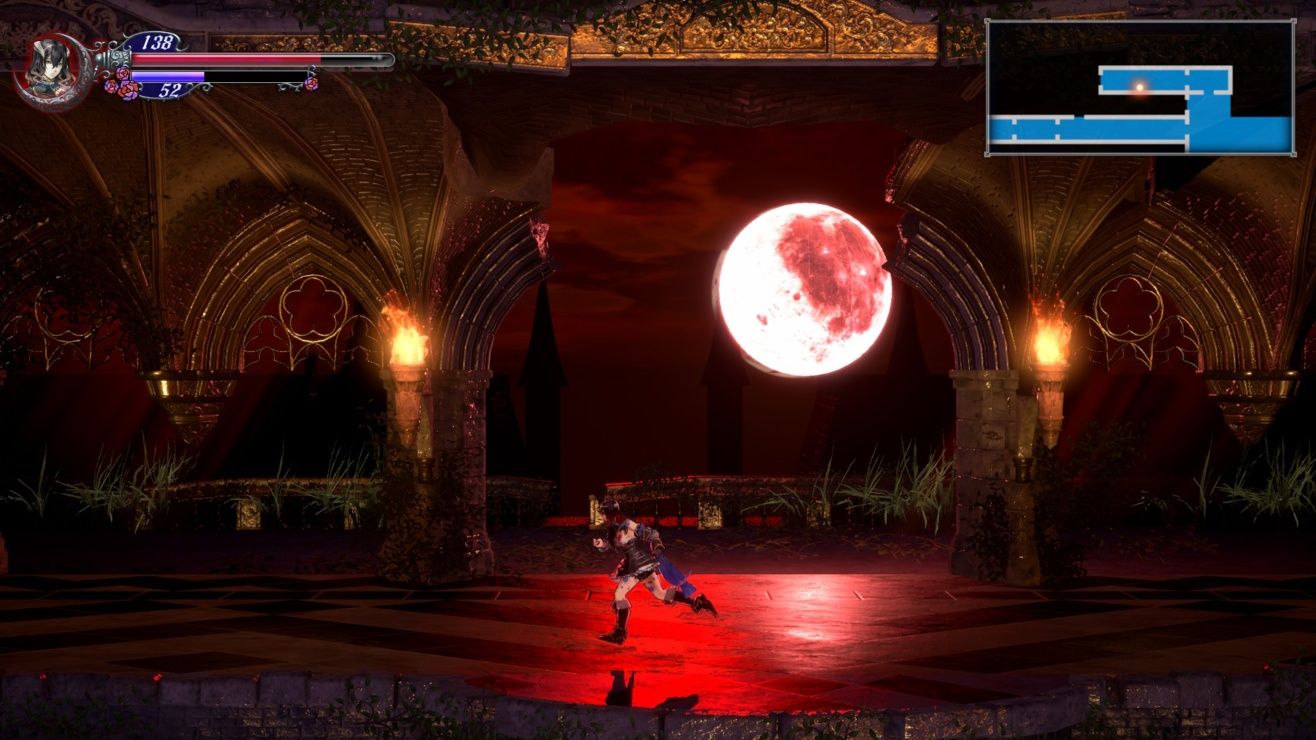 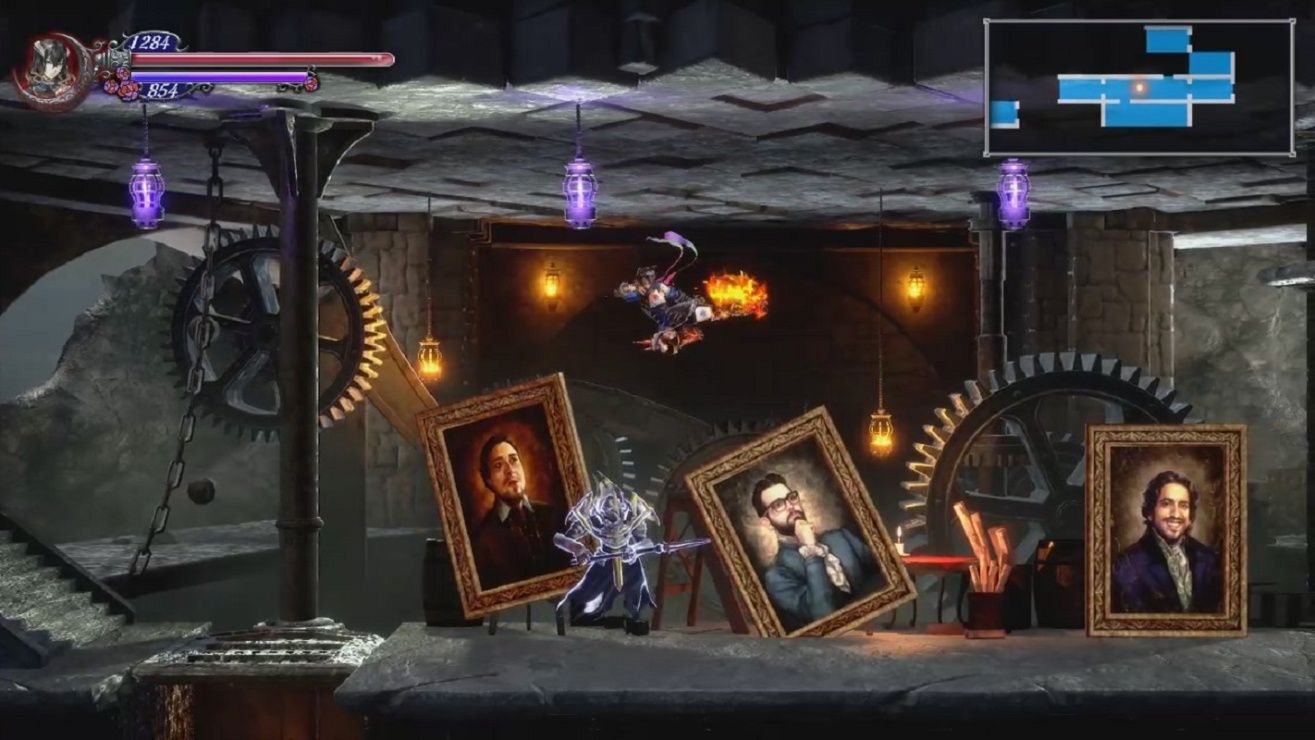 Bloodstained: Ritual of the Night

action anime battle female metroidvania platformer rpg
Bloodstained: Ritual of the Night is the FULL game experience, an exploration-focused, side-scroller action RPG packing all of the best features you've come to know and love from the Metroidvania genre into a single, content-packed game. Play as Miriam, an orphan scarred by an alchemist’s curse which slowly crystallizes her body. In order to save herself, and indeed, all of humanity, she must battle her way through a demon-infested castle summoned by Gebel, her old friend whose body and mind has become more crystal than flesh. 13 FREE DLCs via future content updates. “Speed Demon” Update containing Speed Run Mode, Boss Rush Mode and the Pure Miriam outfit available at launch!
Share Share Share
Promote for 50G

Symphony of the Night has had a lot of sequels, but this is somehow the best one.

Alucard and the Belmont family approves of this.

WHAT IS KONAMI!? A miserable little pile of pachinko machines! But enough talk! HAVE AT YOU!

After Koji Igarashi's departure from Konami in 2014, many wondered if the famed Castlevania mastermind would continue his work in the genre. With Igarashi free to do his choosing as an independent developer, a Kickstarter for the first post-Konami title was made. With over $5.5 million funded, the wheels to Bloodstained: Ritual of the Night started churning. After nearly 4 years of planning, developing, and building, the tale of Miriam and her quest to rid the world of the plague of demons is finally upon us.
Set in 18th Century England, the followers of Alchemy were seeing their relevancy quickly dissipate through the technological advances of the Industrial Revolution. Seeing society move forward with the advances of the future, The Guild of Alchemy found a way to summon demons and show that Alchemy was still a need in the world. In order to bring these demons to their realm, Crystals charged with demonic powers were forcibly infused to humans and then sacrificed to complete the rituals to bring the demons to their world. What was meant to show the need for Alchemy became a horrendous massacre that wiped out not only most of the Guild, but most of England as well. Through the chaos, only two humans infused with crystals, known as Shardbinders, lived: a man named Gebel, and a woman cast under a mysterious sleeping state named Miriam. After ten years of slumber, Miriam wakes to Gebel bringing the demons back into England to rid the rest of the Alchemy Guild, and it's up to Miriam to help the Church in saving England once again.
Bloodstained was an interesting product for myself, given I've never played any Castlevania games in my life. So any running comparisons are lost on me. That being said, I can understand why people favor the style of game so much. Right from the get go, I loved the flow of combat, especially the diverse amount of weaponry that really allows you to tinker your favorite style to your liking. With Miriam being a Shardbinder, she is able to pull Shards from the demons she defeats, using their powers to help slay her foes. The amount of different types of magic is staggering, bolstering an already impressive amount of depth with even more freedom. The castle's many areas are filled to the brim with detail, with each new section of the castle having its own personality and being super fun to navigate. The castle's lore is scattered throughout bookcases that dive further into its history. These bookshelves also have books storing special combos for each weapon type: ranging from supersonic throws with your daggers, to countering attacks with your katana, and much more.
Though I did have a ton of fun with Bloodstained, it does carry some faults. While the game starts out with a heavy handed, but difficult tutorial: Bloodstained feels a little too easy when venturing the castle. Throughout the game, I only died once to common enemies. Though this qualm can be easily fixed with the harder difficulties available after you complete the game, Bloodstained's real test come through the bosses that are littered throughout the castle. There are a decent handful of main bosses that are such a treat to face, with each boss bringing a new style and challenge to the battlefield. The boss fights are easily the most enjoyable facet of the game, with the later bosses and optional bosses easily humbling you, which makes the Boss Rush Mode that much better when you unlock it. One other issue I found is it's really easy to get stuck wondering where to go next. Bloodstained plays with a breath of non-linearity, and will require a bit of circling and backtracking about the castle. Though there are teleportation rooms scattered throughout, it is possible to fight some bosses out of order, or miss them completely if you aren't careful or looking to run the True Ending. Acquiring all the steps necessary to receive the True Ending can feel like a ridiculous scavenger hunt that you'll most likely stumble into, if not eventually reaching for a walk through.
But all of that pales in comparison to the blast of a time I had with Bloodstained. The bevy of content out now will have you pumping hours into unlocking everything that is in store; but the amount of free DLC down the pipeline: online co-op, versus mode, speedrun mode, and much more, give Bloodstained a glowing future to look forward to. The astonishing amount of customization within fighting styles, topped with gratifying bosses, complete the package of this game being just plain fun. Bloodstained: Ritual of the Night is an easy recommendation now, and will be even more so in the future.
Follow A Review Is Worth 1,000 Words for more content.

Still waiting on those other playable characters
Update: Zangetsu is in finally.
UpdateUpdate: Oh there really isn't much to do with him, kind of feels low effort.

I always love metroidvania games, I always wanted to try this game but the price is kinda expensive tbh. But I just gave it a try during sales and it actually surprise me. This game is so great, in terms of graphics, soundtracks, gameplay. I haven't enjoy playing a game so much since a while, and this shows how awesome the game is. Although the end game is kinda of a grind fest, but with proper gear and skill you shouldn't have much trouble getting the materials. Really looking forward for the extra playable characters as well.
9.5/10