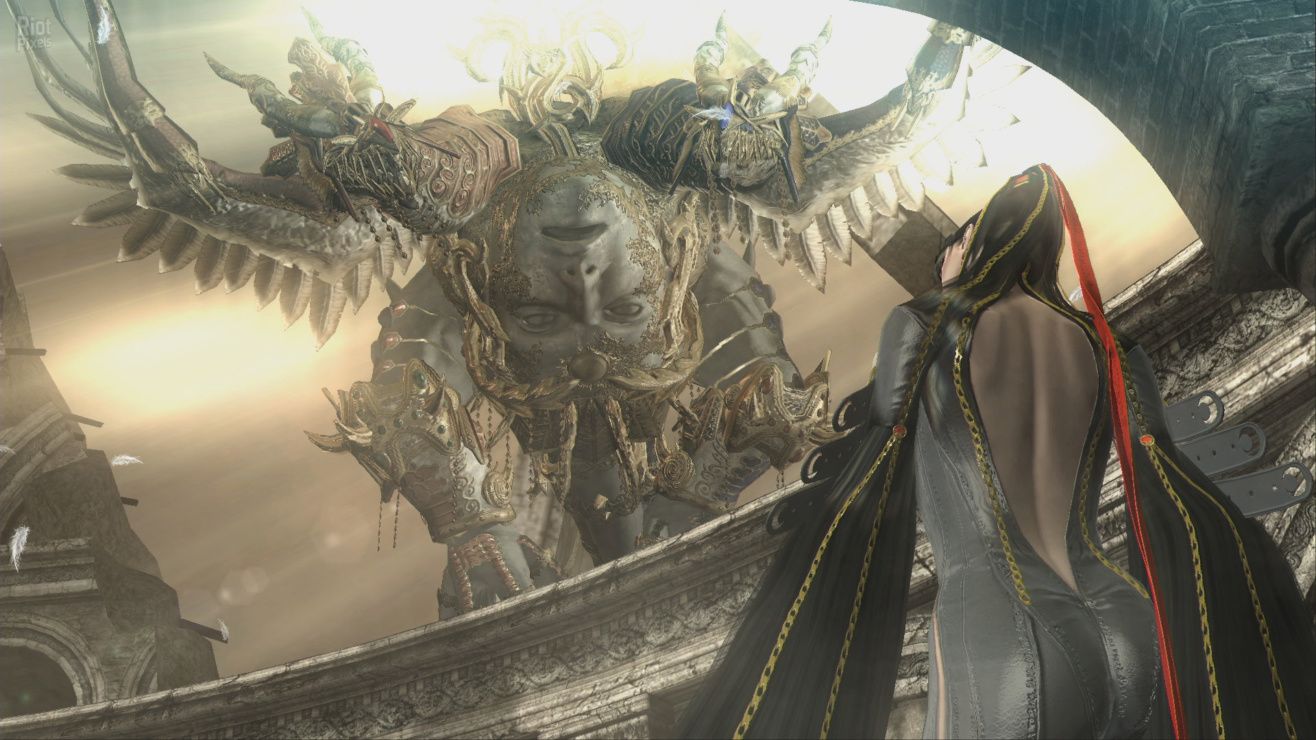 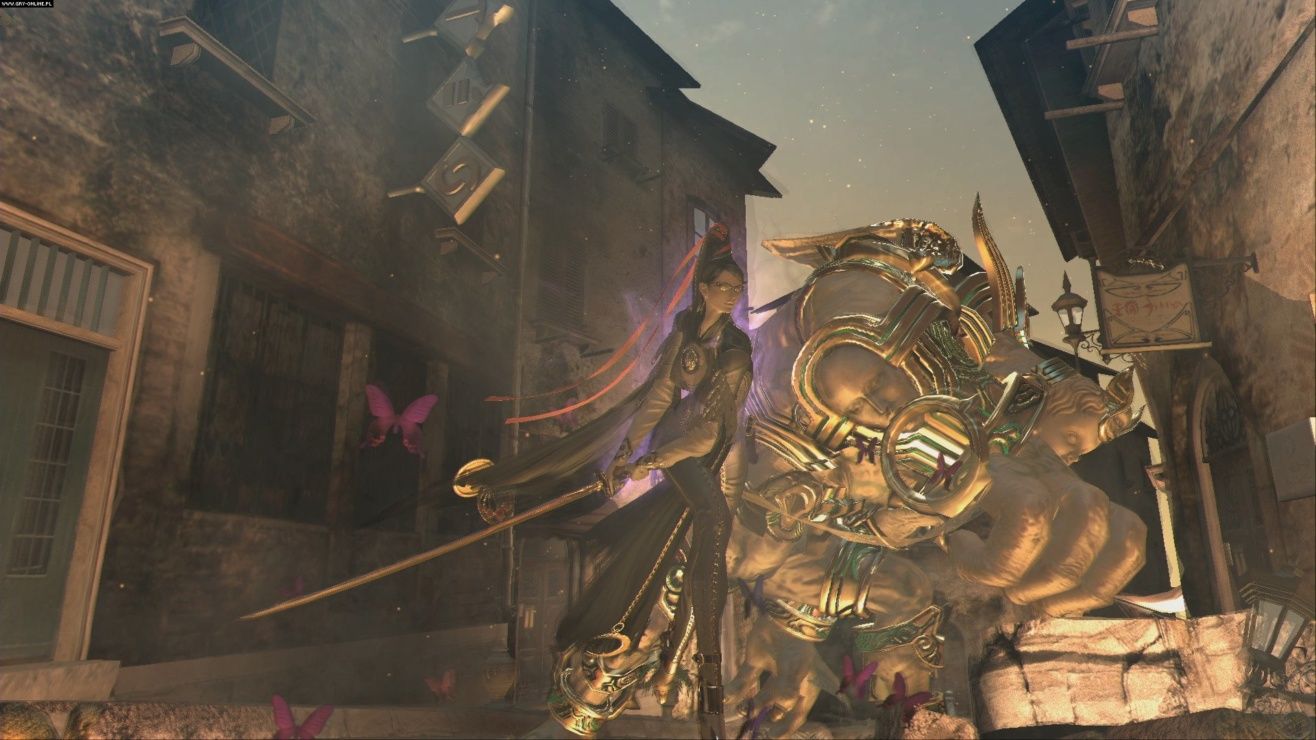 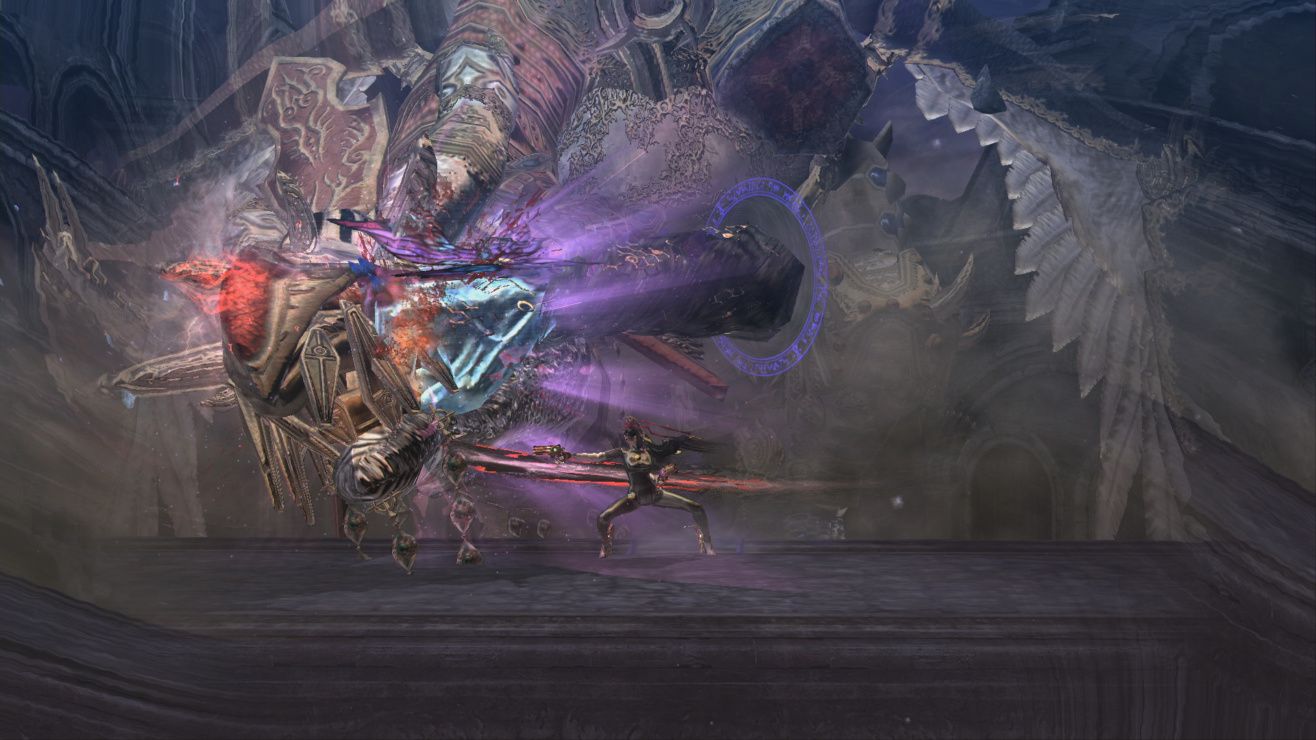 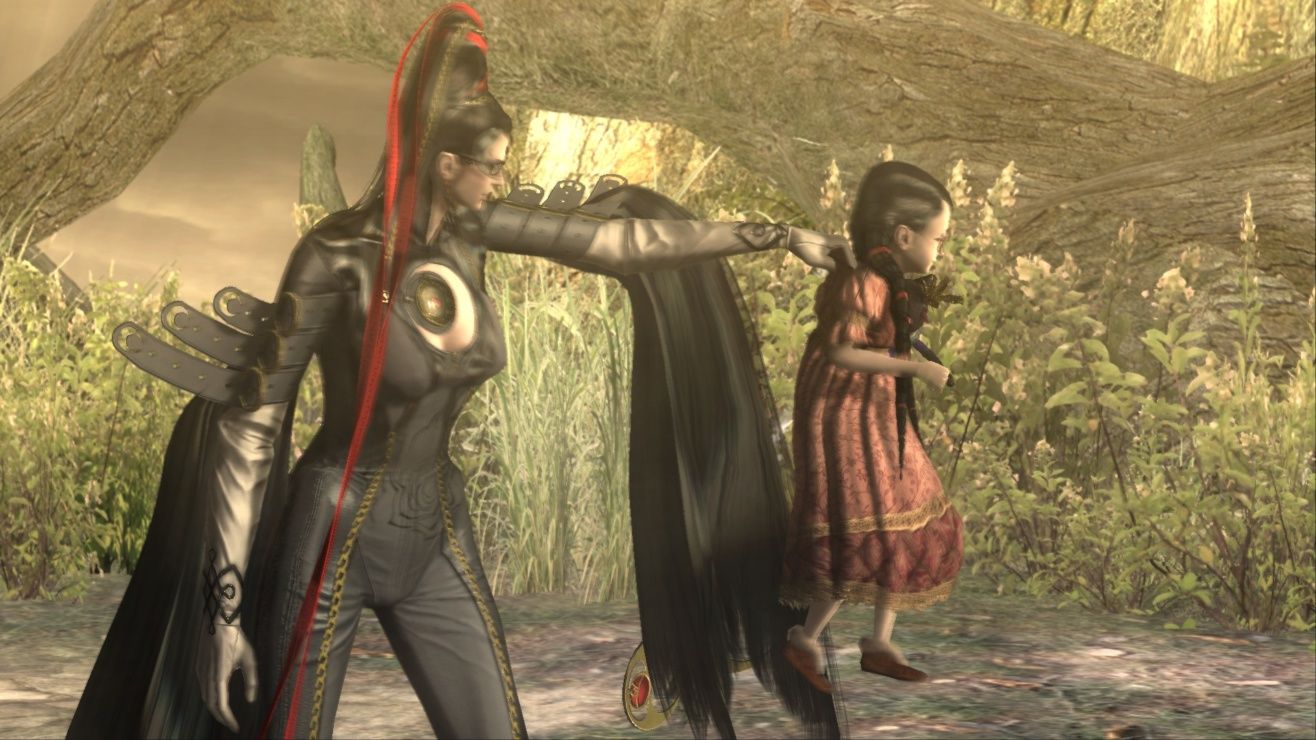 PC Steam Console Playstation action Xbox adventure Nintendo singleplayer story fantasy atmospheric hack and slash
In the present day, an informant named Enzo has joined up with Bayonetta, a witch who was revived twenty years ago from the bottom of a lake and has no memories of her past. Owning one half of the "Eyes of the World", Bayonetta leaves for Vigrid when Enzo informs her of rumors the other half is there. Afterward, Bayonetta confronts another Umbra Witch named Jeanne, as well as a young man named Luka; the former seemingly has ties to Bayonetta's past, while the latter blames Bayonetta for his father's death. Bayonetta then battles through Vigrid before encountering Fortitudo, one of the four Cardinal Virtues, and defeats him. Making her way through the Crescent and Sunrise Valleys, Bayonetta finds Jeanne conversing with Temperantia, the second of the Cardinal Virtues; after defeating Jeanne, she then meets a lost child named Cereza. Much to Bayonetta's frustration, the child believes she's her mother and follows her; after eventually returning to the human world. Bayonetta leaves Cereza with Luka and confronts Temperantia, whom she defeats. Continuing her search for the Right Eye, Bayonetta follows Luka and Cereza down Prominence Bridge in an attempt to reach the island known as Isla del Sol; she is attacked by Iustitia, the third Cardinal Virtue, and defeats him.
Share Share Share
Promote for 50G

Fly me to the moon
And let me strip among the stars
Let me kill God with a whip, near Jupiter and Mars
In other words, buy this game.

i want bayo to step on me

I was one of the twelve people to actually own a Wii U, and the Bayonetta duology was one of the very best reasons to even look at the console circa 2014.
Playing Bayonetta in 2021 at 60fps has only strengthened my resolve that it's one of the best action games ever conceived. The animations are fluid and result in some of the most visually pleasing combat in any hack n' slash I've ever seen. I love the way Bayo's costume flutters behind her as she runs. It's a constant audio/visual treat and it runs fantastically on my PC.
The game's sense of humor might not be for everyone. A lot of it hinges on the overt sexualization of Bayonetta, and the rest is simply cheeky, goofy wit. However, in spite of everything, it never feels leering or creepy in it's many butt shots or strip finishers. The fact that a woman designed her certainly helps. If you can deign to not take it too seriously and simply let the absurd, over-the-top cheesecake wash over you; you're gonna have a great time.
Also, this game is hard as balls. Timing your dodges to activate witch-time is absolutely essential and the enemy's 'tells' are so quick and aggressive that I'm already getting my ass handed to me by certain encounters. Speaking of enemies, the design of them in this game is absolutely fantastic. The idea alone of all the monstrosities you're fighting having come from heaven, rather than hell like usual in video games like this, is such a great one.
If you like video games, especially action games, you should play this. And if you've never picked up a controller, Bayonetta might just make you fall in love. Some of the very best video games have to offer.