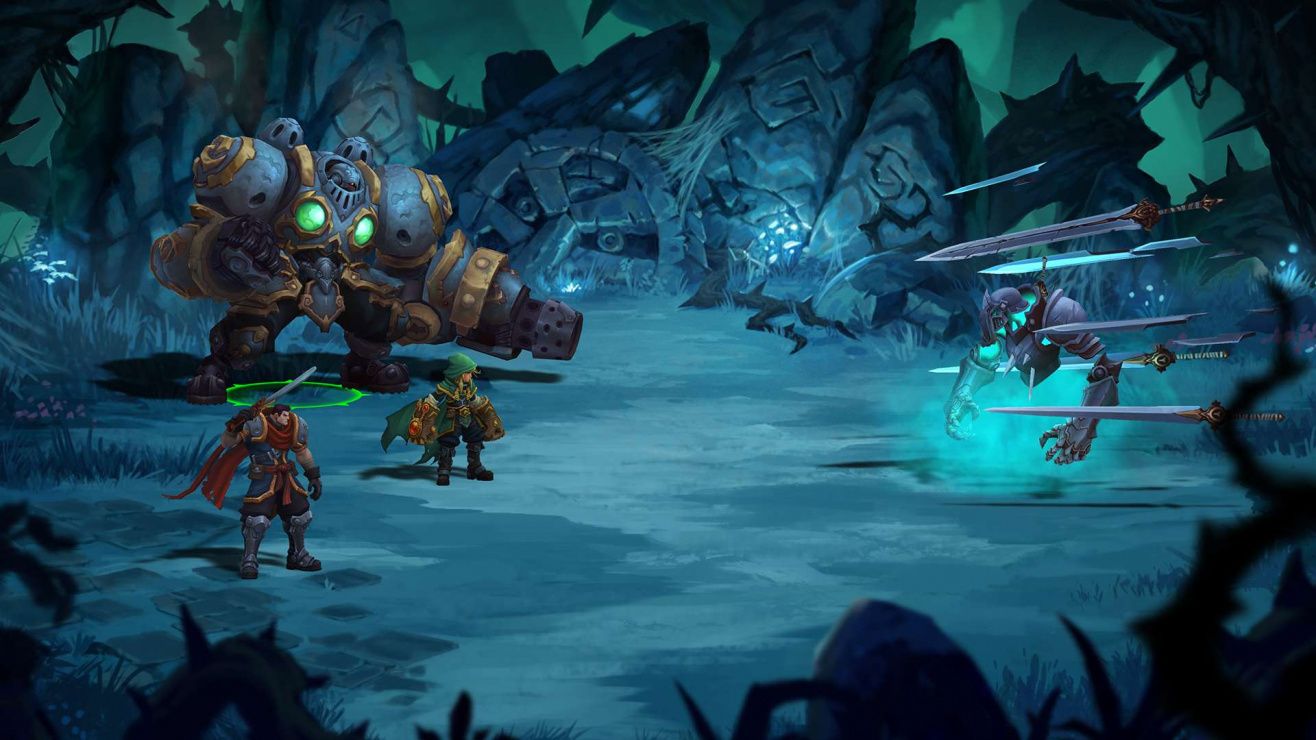 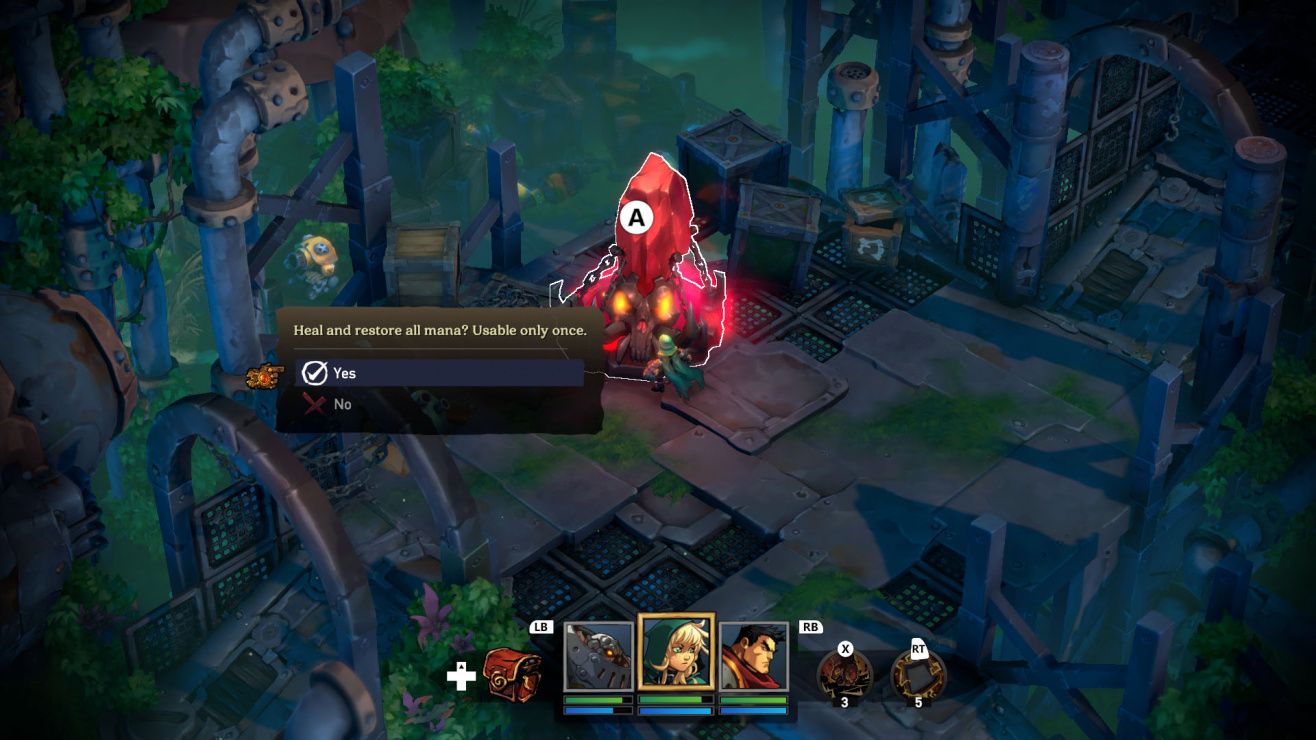 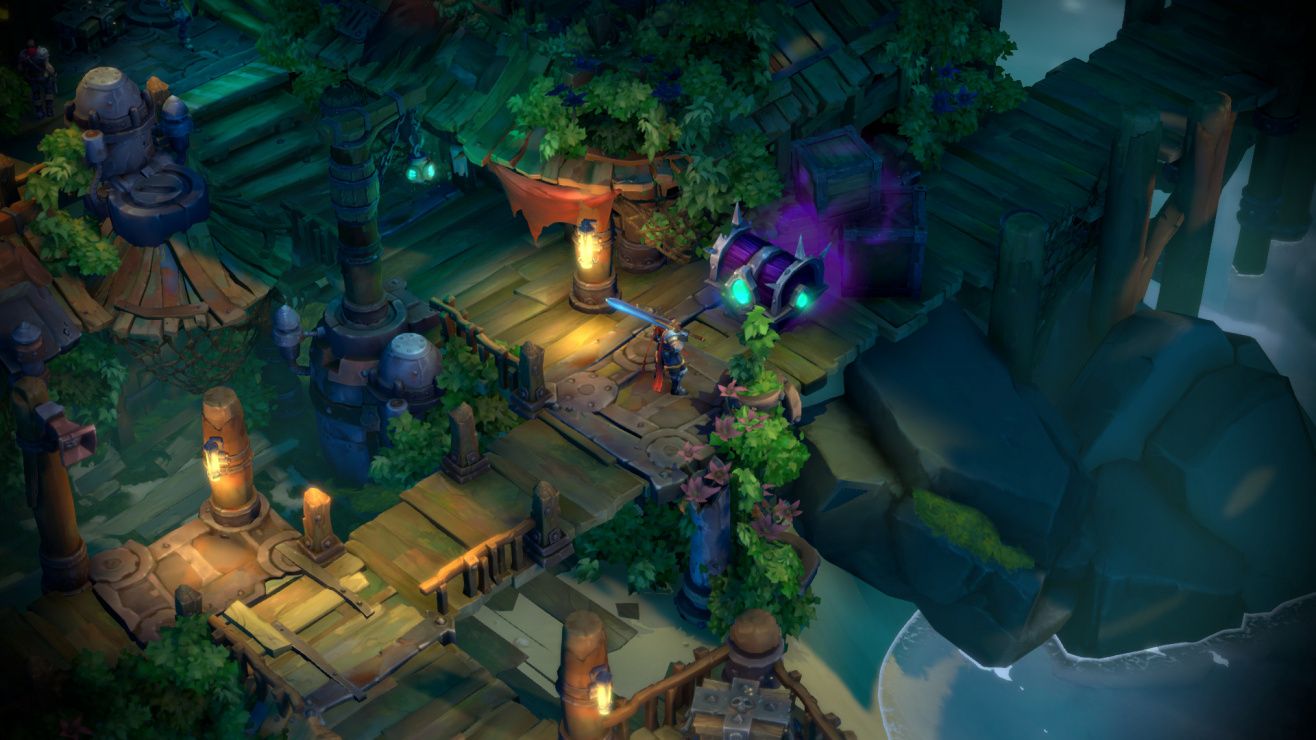 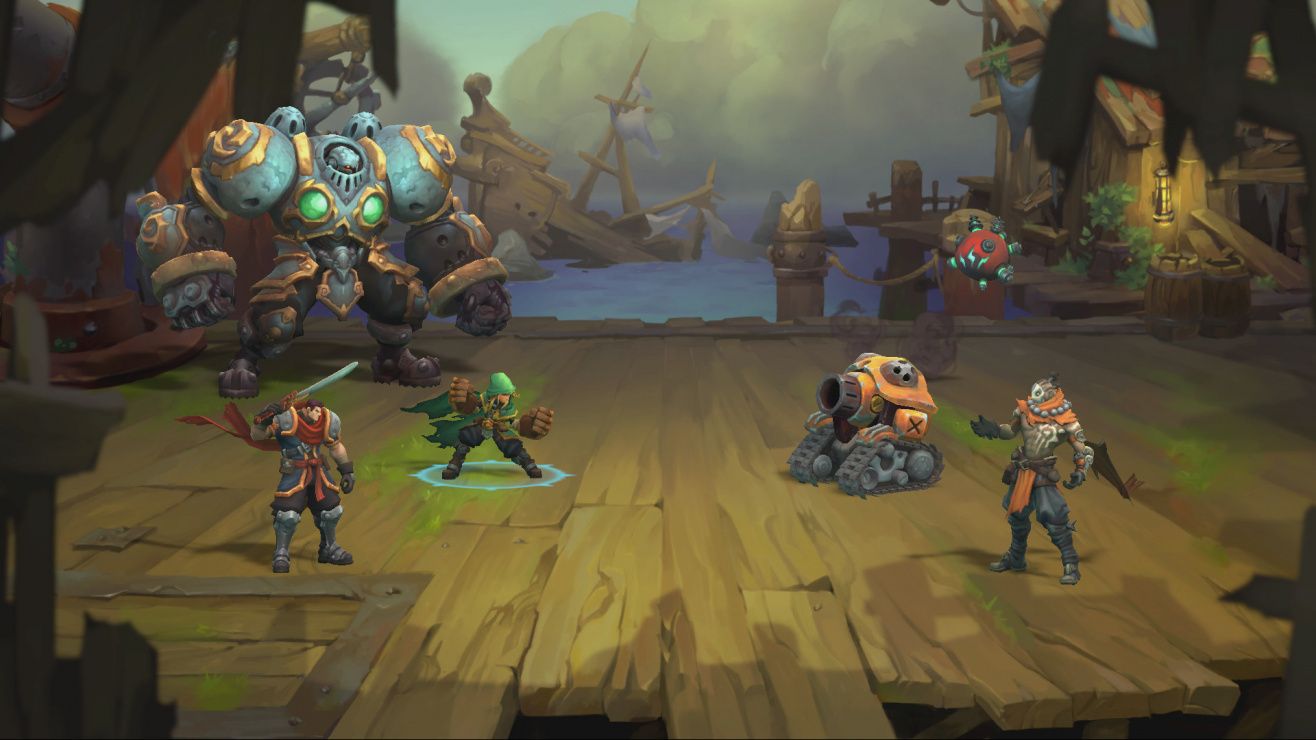 Do you want a fun turn-based RPG, with humour, really cool character developement, great crafting system - and a bit so-so story , but nice enough ? Then this is definitely for you !
I really love the fact that the tank here is a little girl ....and the healer is the really big guy ;) Crazy :) !
And you get to go fishing !
Negative ; The story is not the greatest, mostly because it seems you are in the middle of a book without any beginning, and also not really an end. The last is ok - I really hope for a sequel ! The first is of course because this is originally a comic - so lots of people knows the start and characters already. I wish there was a little intro about it, because I have never heard of this before. And many with me.
But the minus is only a very small one !
The Positive ; Absolutely Everything Else !
The dungeons change every time you enter them - and you need to enter them more than once, if you want to get it all.
...and remember to watch out for "Airship Syndicate " ( the developers ) - they sail the skies , looking for you, and attacks at any opportunity ;D

A solid, classical JRPG. Not the best thing you'll play, but if you like SNES JRPGs then I'd say this is right up your alley.
The dungeon exploration and battle system is serviceable enough but I would recommend going into this game with a very casual mindset. There are min-max opportunities but the game is not difficult and with a hard cap of 30 levels the game is overall not that complex.
The story is fine but I never found any of the characters/lore/narrative/plot all that riveting. None of it was bad though, and the pacing was fine but I wouldn't play this for the plot. The side quests and crafting are well done but again not that involved.
As I said above, this is a solid game that's worth the asking price (especially if on sale). The Metacritic score I see for this game is at 78, and I'll say this is an accurate assessment. The game is bordering on great, but not quite there.

Remember when Steam Greenlight was still a thing?
A product of the past that somehow seems nostalgic despite having only been from a few years ago. Although it was probably for the best that Steam had had it removed, it certainly brought about quite a collection of great games onto Steam. Battle Chasers: Nightwar was one of those games, and it's certainly come a long way from when it had first debuted on Steam Greenlight.
One of the best things about Battle Chasers is that it seems to have a little something for everyone. Fast-paced action is accompanied with calm and peaceful minigames. Dungeons are filled with fishing spots for the weary adventurer to take a break every now and again from all the senseless fighting.
I really cannot say enough nice things about this game. There are so many new mechanics introduced in Nightwar that you just won't find in any other JRPG. It's a new experience entirely, and one that is ultimately enjoyable. If the ridiculous sense of humor that every NPC seems to have isn't enough to make you fall in love with the game right away, it'll be the beautiful art style that can only be described as
Breathtaking.
One thing that I do think is worth mentioning is that although players have the choice to pick their own pace. Battle Chasers does become a bit of a grind as you progress further and further into the game. There is a lot of levelling involved and those who lose interest easily may only get a handful of enjoyable hours out of this game.
TL;DR
Battle Chasers: Nightwar is truly a gorgeous JRPG. From rich characters to compelling combat. Nightwar seems to have it all. A fantastic storyline, unique mechanics, lovable characters, and a spectacular adventure all make for an undeniably fulfilling experience.
If you enjoyed this review, feel free to check out my curator profile for more.

Battle Chasers: Nightwar is pretty solid jRPG with fun turn based combat system and nice graphics. You will lead a company of three characters. You can choose from six heroes: Gully (tank with useful barier abilities), Calibretto (giant robotic healer), Garrison (swordsman - probably the best damage dealer), Kholan (well balanced warlock), Red Monika (rogue with stealth ability) and Alumon (Cultist, great at multi-tasking). My favourite team was Gully - Calibretto - Garrison. It was pretty balanced: Gully provided defensive abilities, Garrison dealt great amounts of damage with Warblade skill and Calibretto ensured healing. You can develop your heroes by assiginig skill points to "offensive" and "defensive" tree; when you reach specified level in a tree you'll get powerful bonuses - that's why it's good to concentrate your efforts on single skill tree.
Instead of fighting countless enemies you will explore dungeons, collect resources, do small side quests and craft items. Unfortunately story and quest are not very interesting... main story lacks plot twists and it's predictable. Crafting is fun but best items require a lot of resources so you will need to be patient.
The main disadvantege of Battle Chasers: Nightwar is necessity to grind. It wouldn't be that bad if there wasn't so much of it :/ If you want to get maximum levels with all characters you will have to grind with two squads... I wish that experience would be shared among whole party :/
Next thing I didn't like was schematism - defeat minor enemies on the way to dungeon, clear the dungeon and beat final boss, repeat dungeon on highest difficulty to get better items and experience, repeat x10.
Overall it's pretty solid game with good combat mechanics. If you're prepared for tiring grind you should give it a try!

In my ongoing and likely futile effort to write a Steam review for every game in my library (#310 out of 612)... it's time for Battle Chasers: Nightwar.
Battle Chasers: Nightwar is a relatively simple Japanese-style roleplaying game with a ton of charm and character. Apparently it's based on a series of comic books with which I am totally unfamiliar, but the story it tells is sufficiently coherent and entertaining that I never felt as though I was missing out on any context. The characters tend to be larger than life, and each has a unique quirk to keep combat interesting.
The main appeal of the game, I think, is simply how well everything comes together. The art is gorgeous, the characters amusing, the voice acting vivid and and enthusiastic, and the music perfectly sets each scene. All of this works in concert with a very solid set of exploration and combat mechanics to tell fun story that avoids many of the more tedious tropes of the genre. Mechanically, too Nightwar avoids common pitfalls, balancing combat perfectly in relation to story content so point where grinding simply does not exist, and combat occurs at just the right intervals so as to establish feelings of threat and progress without wasting the players' time. Battle Chasers: Nightwar may not compare to the classics of the genre, but it's still an excellent game, and provides an excellent, refreshing take on the typical JsRPG formula.
Note: also played on Nintendo Switch.

Pros
Excellent battle system that’s super in-depth
Looks lovely from cutscenes to gameplay
Goes out of its way to explain some pretty complex ideas
Will satisfy old-school JRPG fans beyond their wildest dreams
Cons
Can be exceptionally hard if you don’t balance your team
Parallel levelling is questionable at best
Not for those without time and patience
Battle Chasers: Nightwar is a modern and expertly executed take on everything turn-based RPGs introduced to gamers so many years ago. It’s a reminder that old ways don’t have to die away; they just need the right people to hone in on what made the genre work in the first place.

Nice dungeon crawler / rpg
++ good ambience, design and graphics
+++ very good character design
++ good game mechanics
++ good music
= a bit of grind, but not overmuch
-- battles against weak enemies are slow (setup, trash talk the enemy, then finally you can one-shot the lvl1 critter, then post battle banter), it's not overwhelming, but after a while it gets stale
- storyline is a bit too linear
-- replayability is not so great.