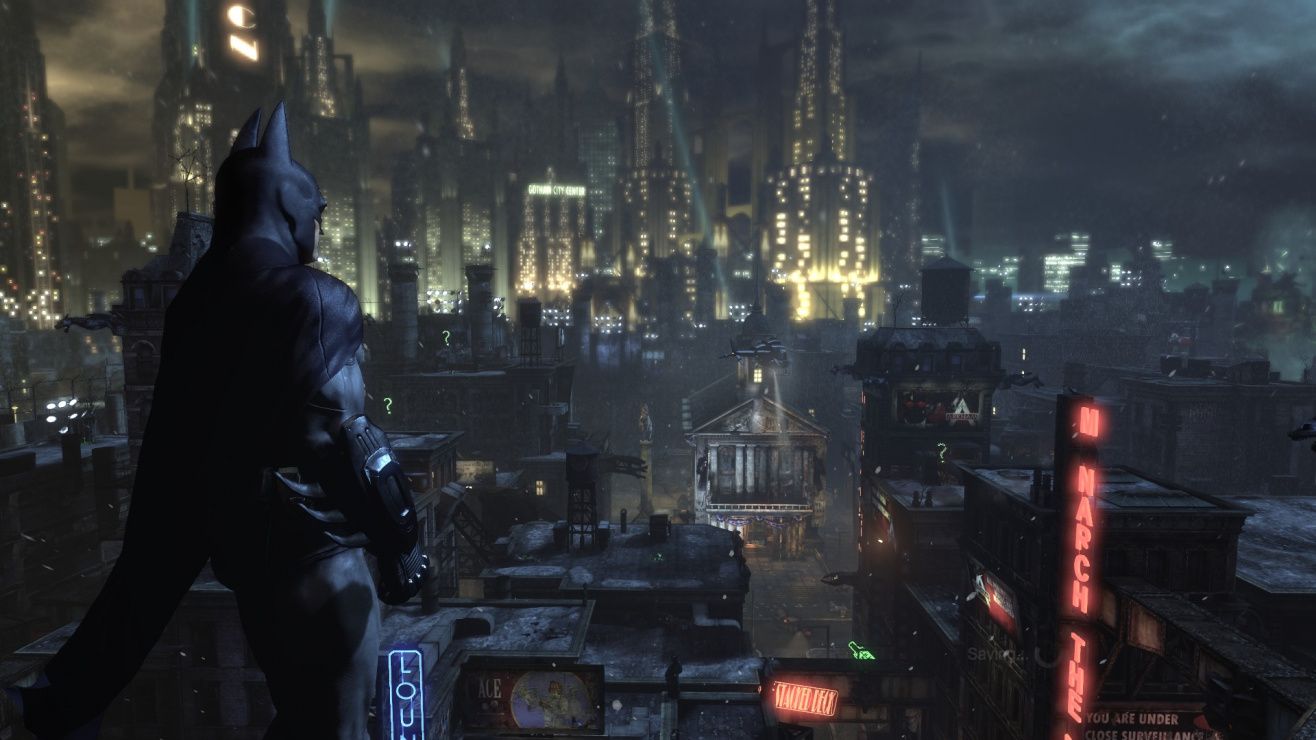 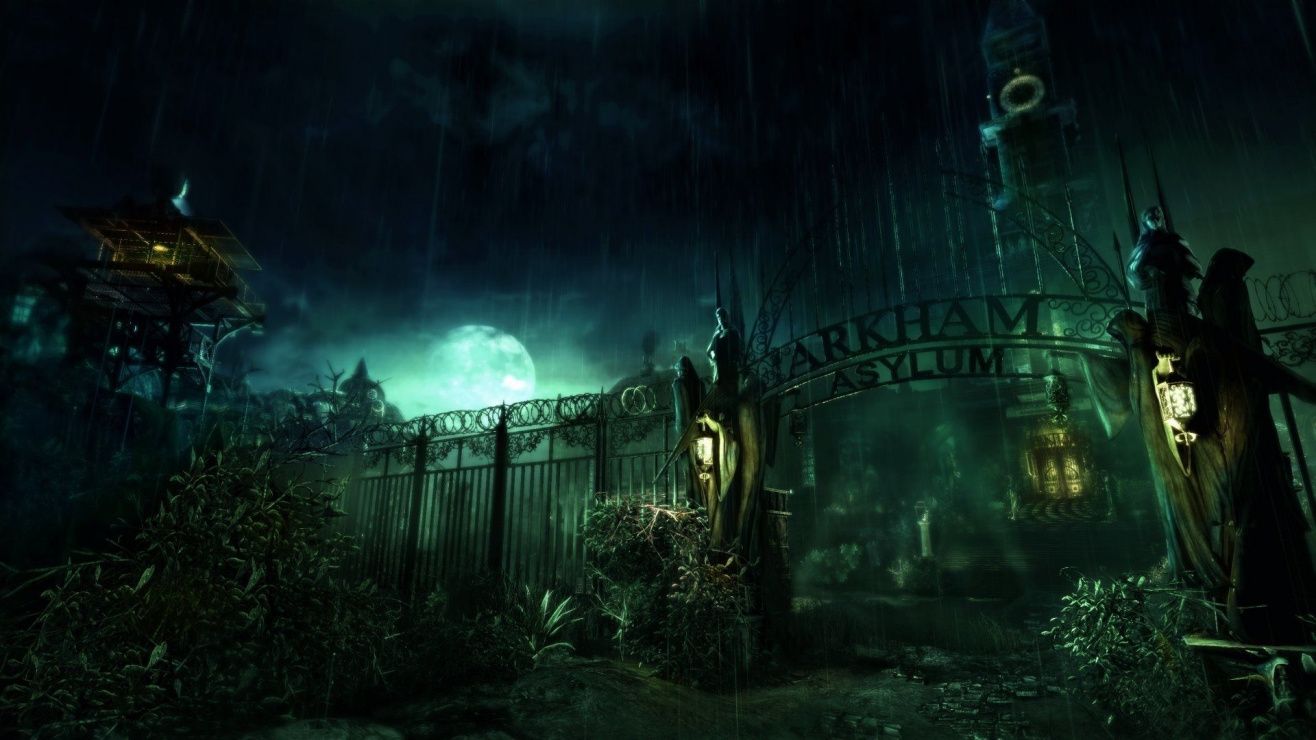 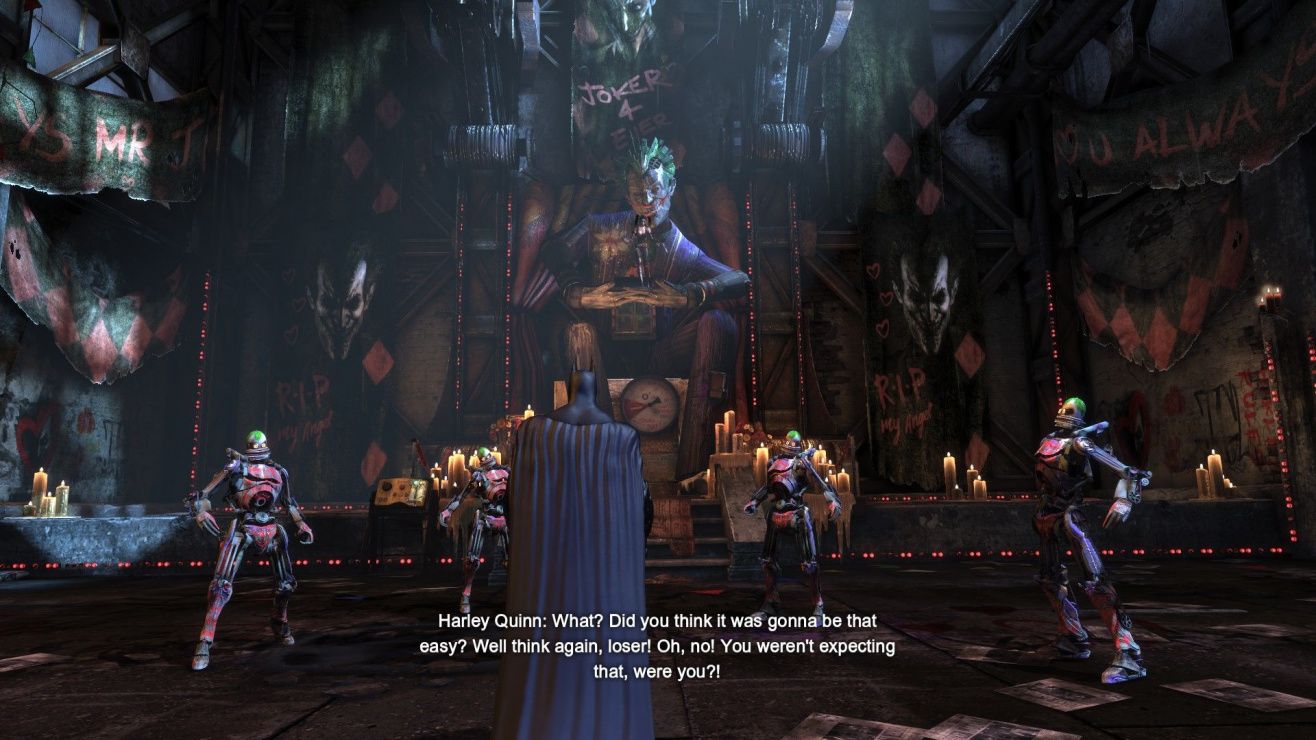 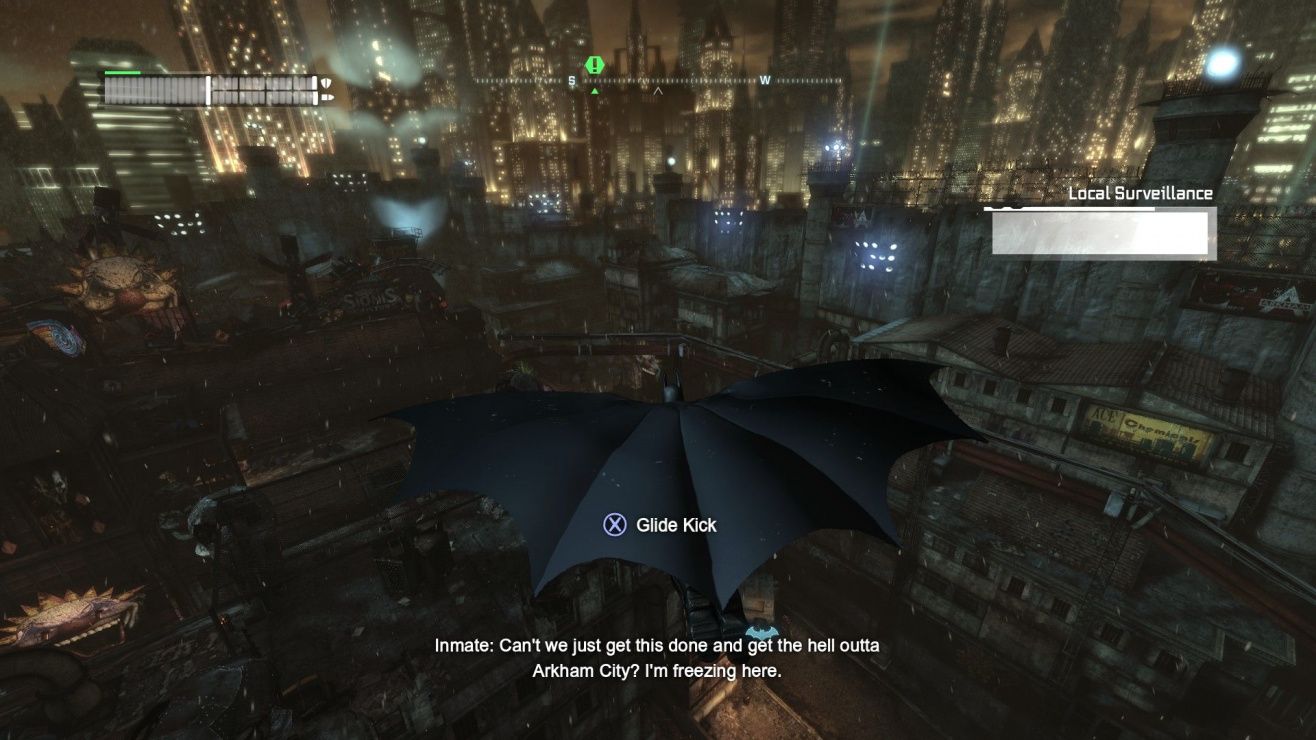 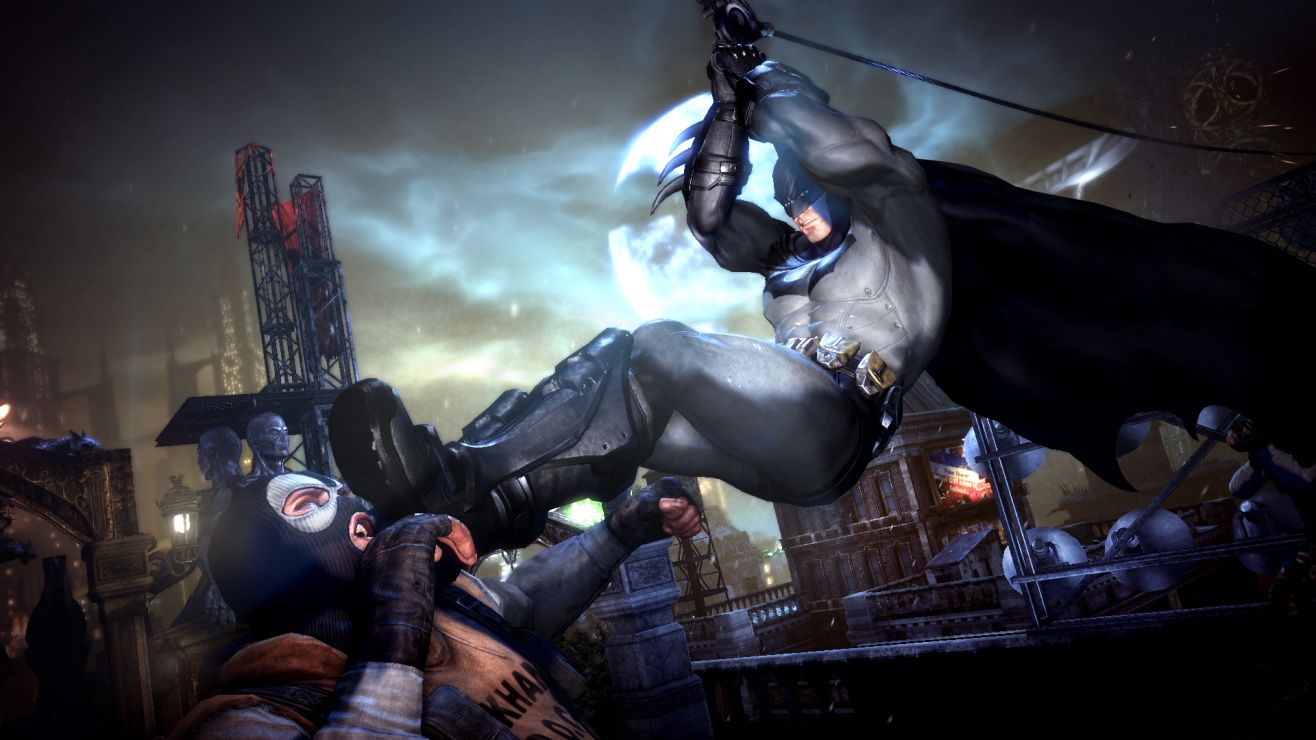 Batman Arkham City is bigger and better than Arkham Asylum. Almost as soon as you enter Arkham City you have the freedom to go anywhere within it. The game has a lot more freedom of movement than Arkham Asylum - you'll be flying from rooftop to rooftop to get to where the villains are.
The combat is more or less the same as the first game, though you can unlock several new combat moves by leveling up. You level up by beating up criminals and doing missions. The missions range from fighting mobs of enemies or a boss and doing detective work to solve crimes. There are also riddler trophies you can collect by doing various puzzles.
One of the best aspects of this game are the boss fights. Each and every one of them are fun and memorable (except for Bane). My favorite one has to be the Mr. Freeze boss fight - you have to use a different takedown method each time to deal damage to him.
OVERALL RATING: Exceptionally Great!
PROS:
It looks good
Good combat system
Great voice acting
Very good and unique boss fights
Gag / ungag Harley Quinn
CONS:
Minor bugs
Grappling onto rooftops is a bit clunky
The Bane boss fight is severely underwhelming

Arkham City is everything that Arkham Asylum was but improved in almost every way. Rocksteady kept true to their excellent action, stealth, gadgetry and puzzle-solving formula and made improvements only where they were needed. The freeflow combat and silent predator systems also make a welcome comeback. Where Arkham Asylum was a bit more rigid in it's story telling, Arkham City makes the improvement of creating a more open world and adding well-integrated side missions that have some meaning to the main story and makes the game feel less linear. Again the voice acting is top-notch and the pacing and progression of the story is a high-point of this title.

As the sequel to the amazing Arkham Asylum, City had a lot to live up to. Fortunately, it's not only on par with the original, but in many ways surpasses it. With NG+, more collectibles, more sidequests, and plenty more iconic enemies to beat down, this game really has it all. Most importantly, the combat is still response as ever, and they barely changed anything, only adding new gadgets to Batman's arsenal. After all, "If it ain't broke don't fix it," and Asylum's combat was anything but. Plus, the story is incredible, and even though it goes entirely off the rails for a while, it never stops being a fun ride. The entire climax feels like multiple mind-blowing twists in a row, and they do not disappoint.
I think the only criticism I have of this game are the Riddler sidequests, which involve the most blatantly obvious riddles ever riddled. Example, "I am a window you can't see through, but you can see you! This answer may require some REFLECTION." It will challenge your mental prowess only by bludgeoning it with simplicity. It will play games with your head, making you think its too easy, they must be setting up for a trick question, the answer to this one CAN'T be my own shadow, it's too obvious! You're wrong. Shouldn't second-guess yourself, Batman.