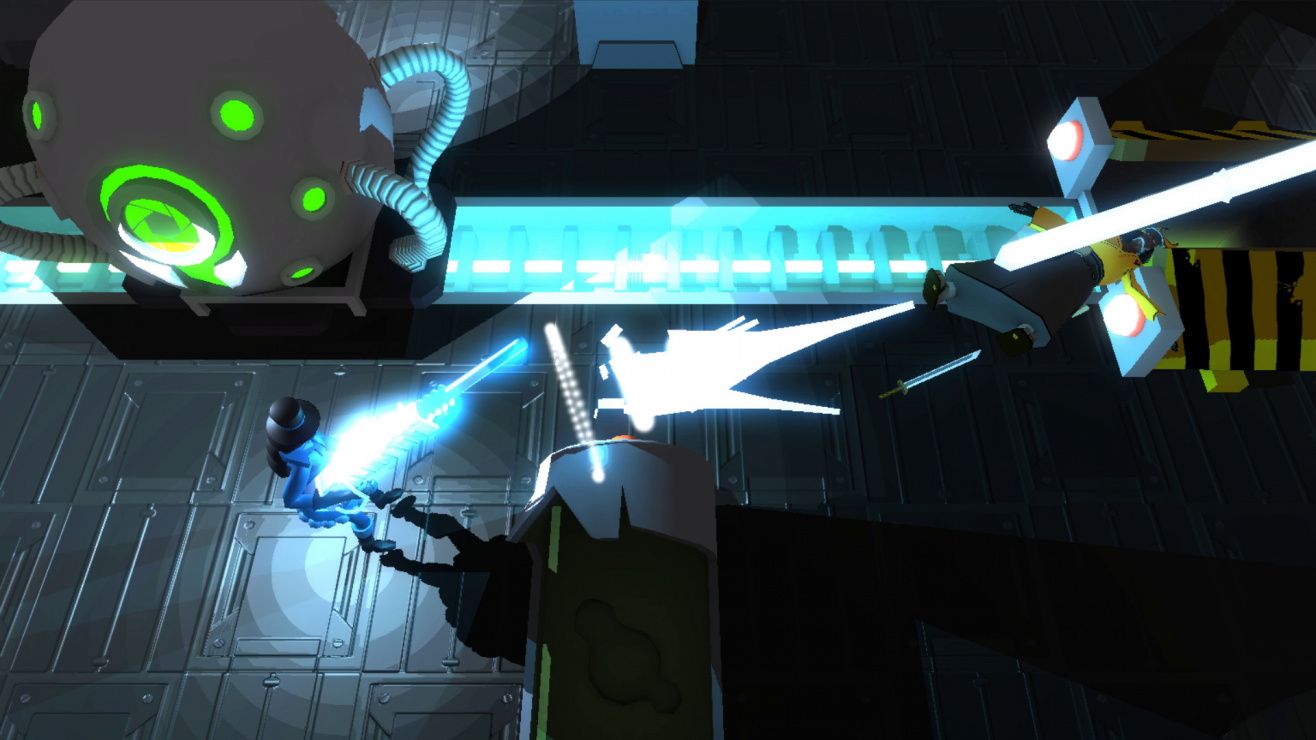 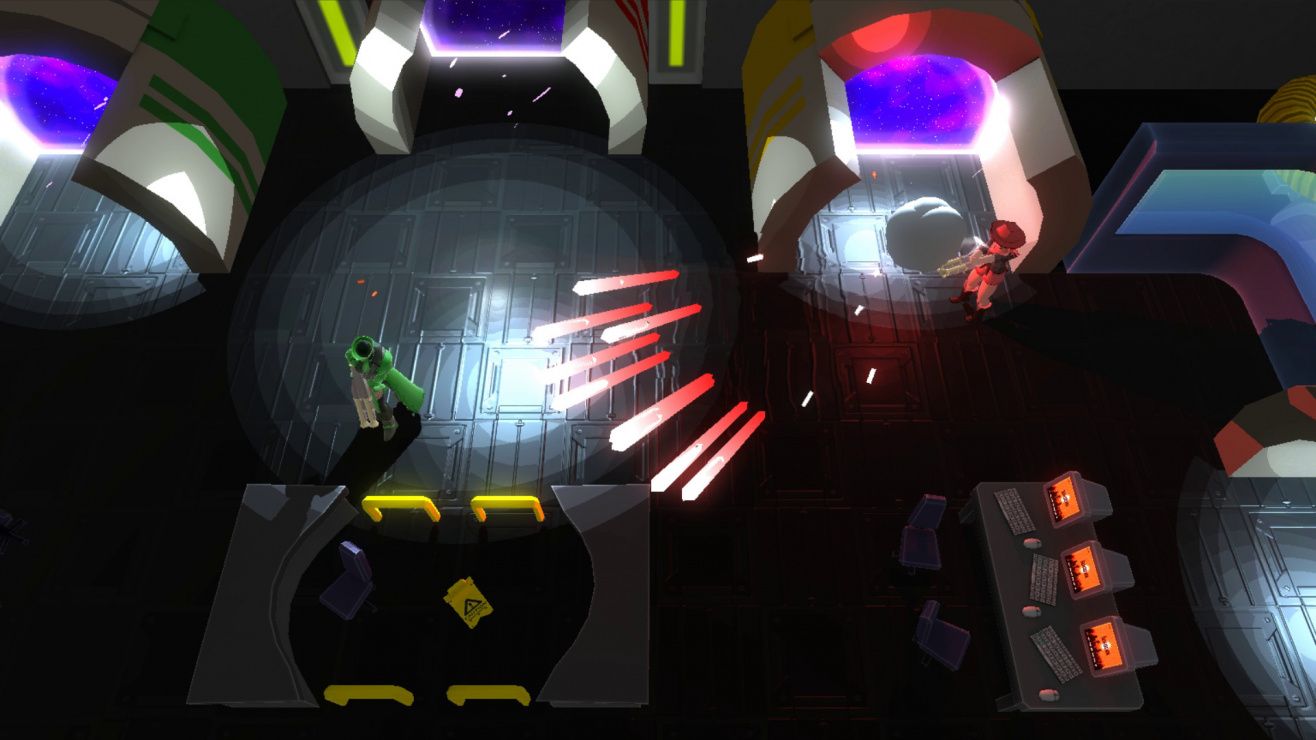 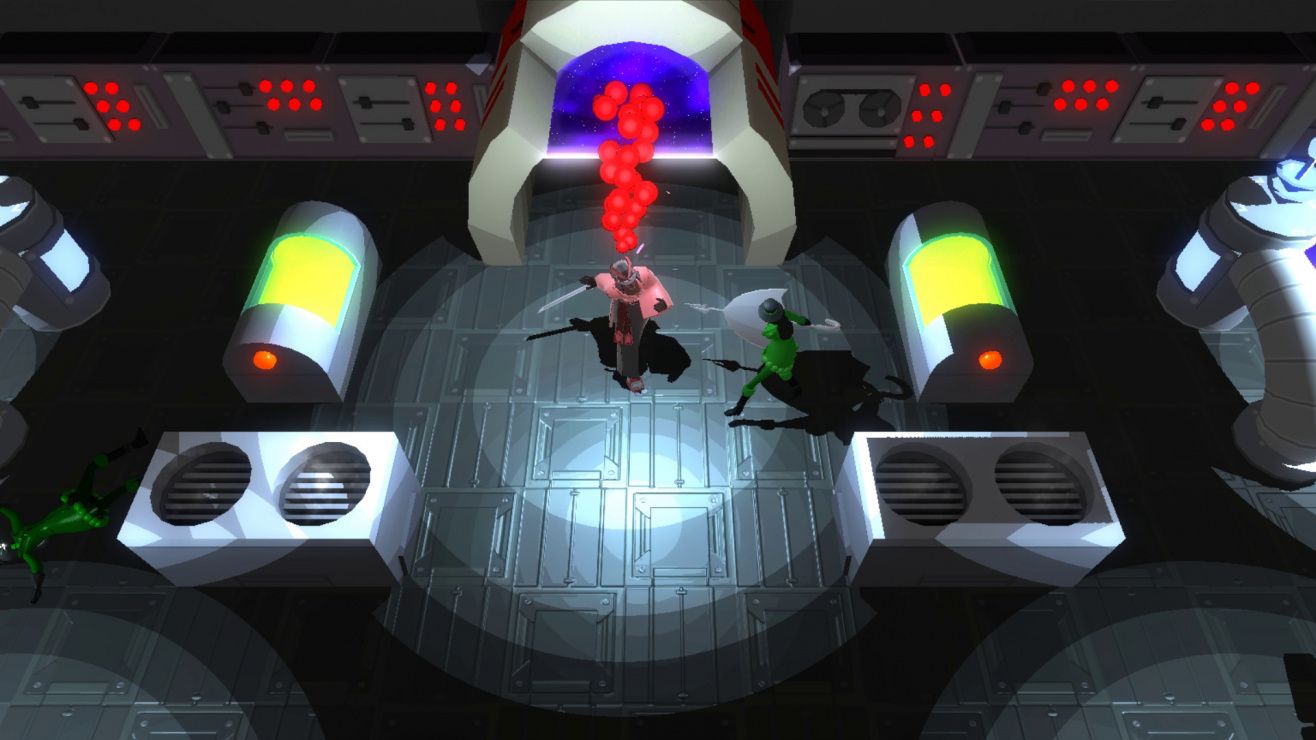 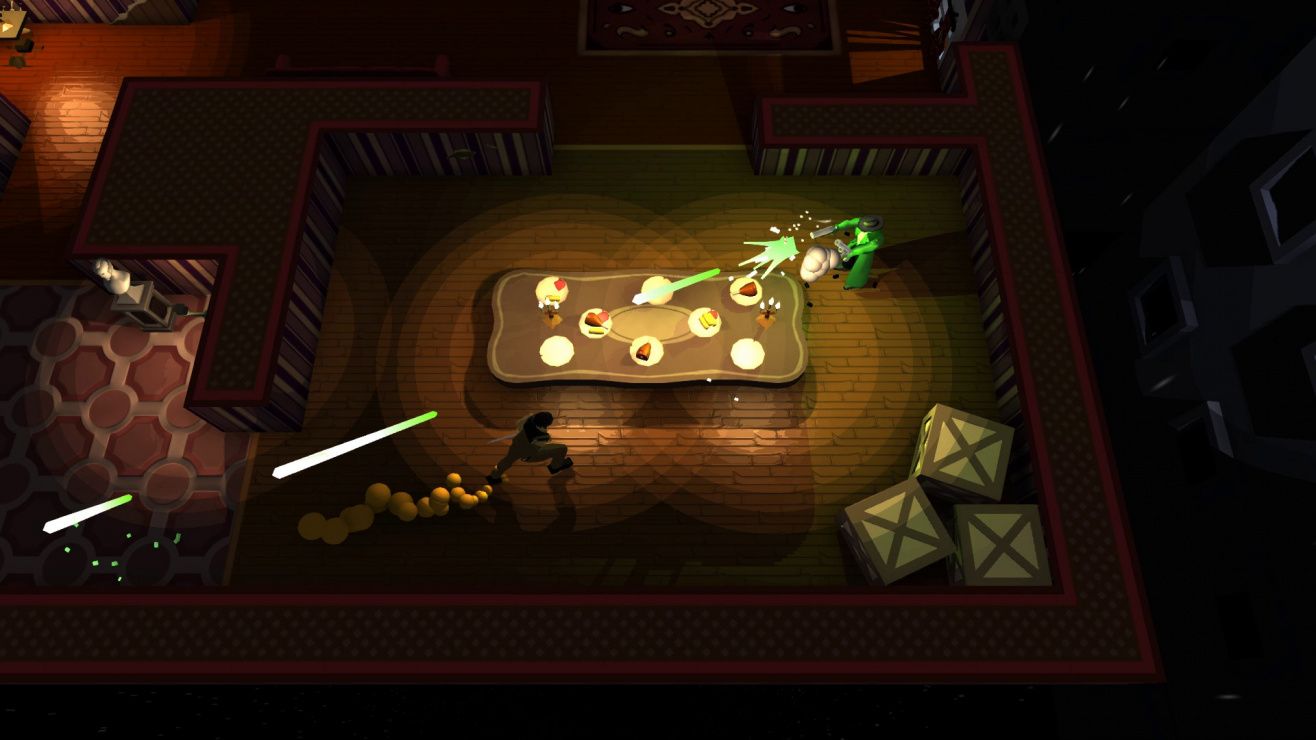 AT SUNDOWN: Shots in the Dark

Disclaimer: I played this game a lot during the PC beta (free invite from devs), and just got it for my Switch today (paid myself). On to the review...
Ok so you'll definitely have fun playing this game with your friends/family, it's really simple to pick up and have fun with different weapons. If you like Towerfall or Gang Beasts this is similar but with more variety/replayability. You'll want to own some controllers if you want to play local through steam.
But this game _really_ gets good once you get past the intial learning and get into the M I N D G A M E S. I love playing a unpredictable mix of stealth and speed. Your opponent gets scared that you are sneaking right next to them so they shoot blindly giving away their position. Then when they drop their guard, you rush right at them.
Would love crossplay between platforms of course, but playing locally on a single screen is the most fun anyway imo.

It's a refreshingly interesting casual game.
Unfortunately there is no community and therefore is no game to be played. Wish there were people to play with =C

Enjoyable game party, especially with friends. Hit reg is questionable at times, there might be a delay on the dash hitboxes. You can hit people as soon as they spawn and they sometimes cant move.

Fun game! takes ideas from games like screencheat but makes it simpler and good for online multiplayer. I would like to see more maps and weapons as well as game modes.
Have noticed some pretty big issues with hit reg such as someone dashing and the bullet hits the trail of the dash and counts as a kill (which I hope will be ironed out) as well as I have found that in arena games you are sometimes able to kill someone before they have time to move. There is a delay between spawning and shooting sometimes but not always.

This is game is just amazing you really need to know all the control to be able to dominate the enemies.
The concept is very cool and i love it.
But the only problem is you can play only 1v1 because the game is just released and not many peoples notice it.

At Sundown is a simply super stealthy and superior arena game. u should get it!