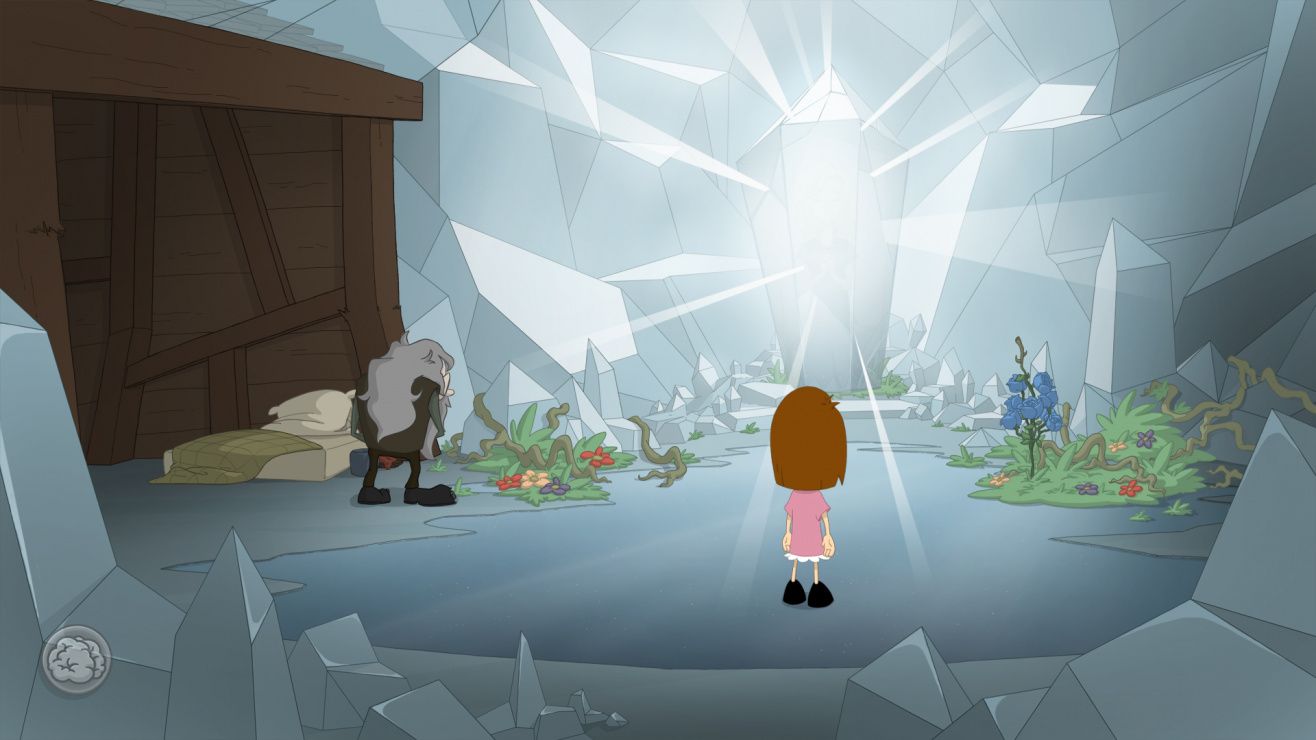 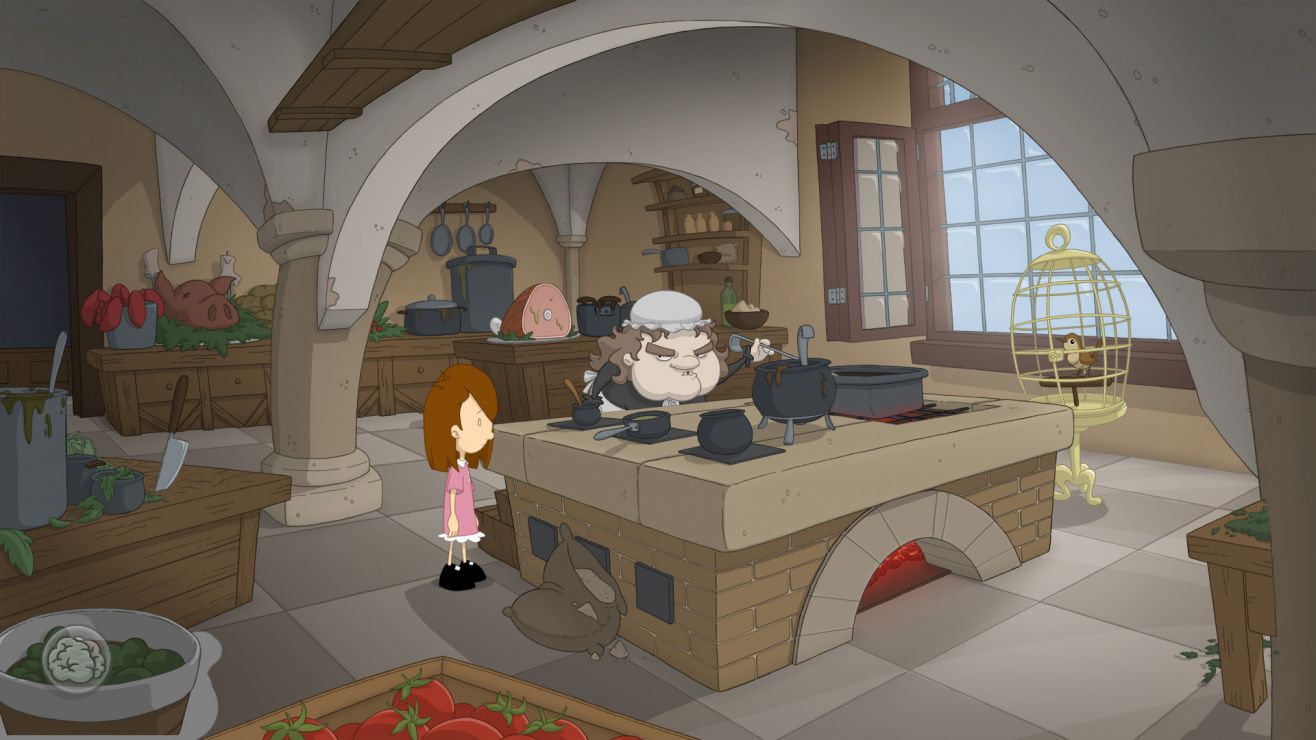 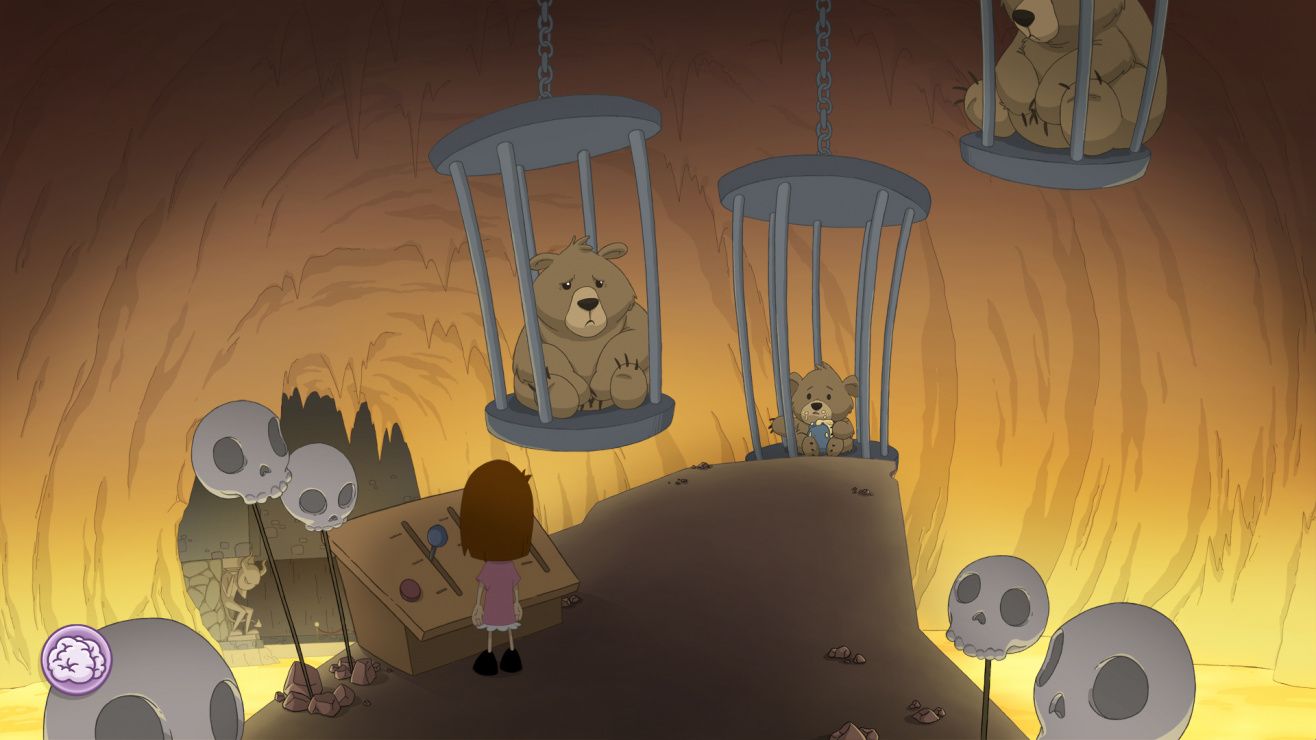 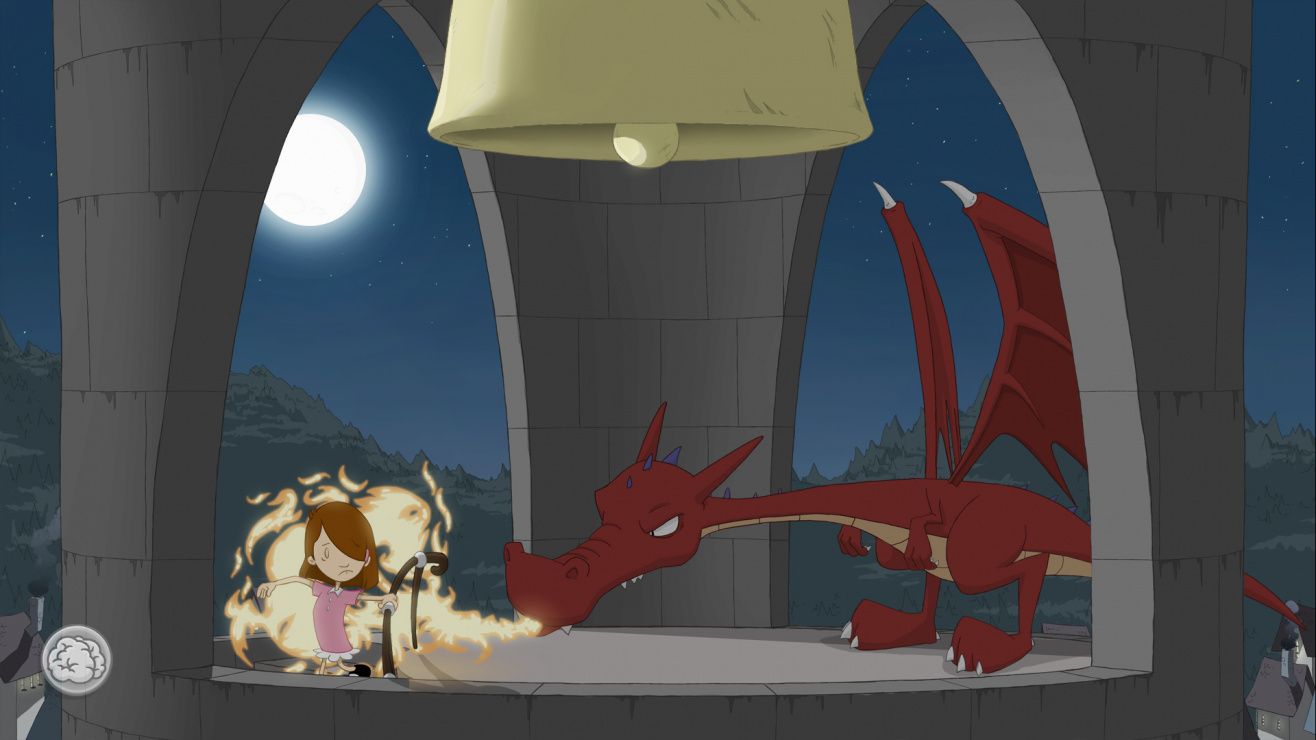 PC Steam indie adventure fantasy puzzle horror dark female Mac OS X girl
Dragons, witches, trolls... No one can stop Anna. With her telekinesis, unorthodox use of torture instruments, a knack for improvisation and the help of a shady fox she just makes her way. She communes with the dead, shuts off the local taverns beer supply and gets old ladies behind bars... The world of author Dane Krams' debut on the game development stage isn't as cuddly as it may seem. Anna however, is actually perfectly nice - or is she? It all starts with freeing talking teddy bear... Anna's Quest unfolds a hand-drawn, grim tale with a good dash of self-irony.
Share Share Share
Promote for 50G

TLDR: Good solid point and click adventure with a nice story and decent puzzles.
---{Graphics}---
☐ You forget what reality is
☐ Beautiful
☑ Good
☐ Bad
☐ Don‘t look too long at it
---{Audio}---
☐ Eargasm
☐ Very good
☑ Good
☐ Bad
---{PC Requirements}---
☑ Check if you can run paint
☑ Potato
☐ Decent
☐ Fast
☐ Rich Boi
---{Difficulty}---
☑ It's a point and click so you... point. Then click.
☐ Easy
☑ Significant brain usage
☐ Hard
☐ Difficult
☐ Curse of monkey Island
---{Story}---
☐ What Story?
☐ Text or Audio floating around
☐ Average
☑ Good
☑ Lovely
☐ It‘ll replace your life
---{Game Time}---
☐ Better Watch it on Youtube
☐ Short
☑ Average (My play time is from two seperate run throughs, took about 7 ish hours)
☐ Long
☐ Very Long
---{Replayability}---
☐ You'll struggle to get through it once
☐ Don't bother
☑ It's fun to replay a few years later
☐ Multiple story lines so replay is a must
☐ Doesn't end/So many replays
---{Price}---
☐ Not worth being payed to play
☑ Wait for a discount
☑ If you have some spare money to spend
☐ Worth the price
☐ Buy it and pay others to do the same
---{Bugs}---
☐ What is Bugs?!
☑ Minor bugs (Particularly the corner screen bug which I didn't managed to fix till my second playthrough)
☐ Can get annoying
☐ The game itself is worse than mosquitoes on Summer

Anna's Quest is a point-and-click adventure game about an innocent young girl named Anna, who goes on a quest from her isolated home to find a cure for her ailing grandfather. Along the way, she teams up with new friends to solve problems, save a kingdom, and make her way back home.
Anna begins her quest by being captured by an evil witch, who unlocks her powers of telekinesis. Anna escapes her, along with a new friend, an enchanted teddy bear named Ben. They make their journey to various places, gathering information and tools, helping people, and thwarting various villains along the way. Anna is an innocent girl who believes there is good in the world and tries to help people, and along her journey her worldview is challenged and tempered. The game also explores morality, forgiveness, and fate.
The gameplay consists entirely of talking to people and solving puzzles, including a lot of inventory object puzzles. In general, I thought the puzzles were pretty reasonable. I only had to consult a guide for a couple of them. However, there were a number of situations where the game wouldn't let you interact with objects until some dialogue or observation let you know it was necessary. At times, this made puzzle answers more obvious, while at other times it led to wandering around in confusion for a little while, having missed an observation or interaction after some other action was taken, making it unclear how to proceed, since it felt like you'd interacted with everything in an area too many times already.
Overall, I thought the story was pretty good, with numerous interesting characters, a charming fantasy setting that was fun to explore, and a surprising amount of depth for a game that at times also seems simplistic and cartoony. I thought the conclusion was a little rushed, and the game would have benefited from being a little longer or having a sequel to fully explore its themes. Overall, though, I thought it was strong, and a good inclusion for any point and click collection. 8/10

Good, not overly complicated point'n click adventure.
Enjoyable from start to finish, with funny of references to several well known fairy tales and other Daedalic releases.
Graphics are clean and nice. Music and audio is fine. Voice acting itself is quite decent, but tend to have too little pause between sentences at times.
There's an issue in the church organ puzzle. This is known for years and never been fixed, as seems to be the norm with Daedalic Entertainment. Solution: use telekinesis power (K) on one of the piano keys to reset the UI.

pros
+ nice looking storybook-style artwork
+ when you press to space, hotspots highlighted so no need to pixel hunting.
+ there are steam achievements and cards
+ decent voice acting
+ well made cartoony cut scenes
+ enjoyable puzzles. they are not too easy or too difficult
+ easy to use interface
+ story is well-written
+ there isn’t any profanity or violence or meanness to be seen, so it’s definitely a family-friendly game
cons
- Anna's voice very irritating
- some lengthy expositions on the backstory
- game appeals to children
- slow paced
Overall this is an decent point and click game but It’s too childish for my taste. game's story basically a fable and the characters and story are more for children so as an adult person i found this game quite boring but if you are an parent who has a little child you can play this game with your little one and get enjoyment from this.

Wow. A wonderful game and my favorite Daedalic title by far.
A whimsical, intriguing, funny, endearing, heartfelt and iconic journey that I would highly recommend to everyone. It's currently on sale and woah! I genuinely can't believe such an amazing adventure is priced so generously at the moment.
There are so many things I loved about this game and so few I did not.
The voice acting was good, the writing was wonderful and felt real, the art style was memorable and beautiful, the puzzles were intuitive and the characters were all so charming. A magnificent point and click adventure that is suited for both adults as well as children, and I can't wait to one day share with some of my own! I loved the setting of the story as well and throughout the +10 hour adventure, I never felt bored. The game gripped me from start to end. I bought this and played it with my boyfriend, after we finished, he too enjoyed it so much he went and bought himself a copy just to support the developers.
The game ran well and I encountered no lag, freezing, etc.
I only encountered one non game breaking bug throughout the entire game, the developers are already aware of it and hopefully will be fixing it soon.
This next bit enters into spoiler territory.
My only genuine honest negative, is perhaps lack of closure in the ending.
I would have liked to have more of an ending for most of the character cast. A simple cutscene showcasing what happened with Reynard, Ben, the Queen and King, your Grandfather, etc. I found that the ending didn't really elaborate much on the relationships we formed throughout the adventure and it definitely left me wanting for more.
And if my only negative is not having had enough of the characters, you can be damn sure this is a must have in your library.

Anna’s Quest is a super fun and challenging point-and-click adventure. Daedalic Entertainment sure knows how to make them.
The puzzles are logical and keep you busy and the story is predictable and sometimes very cliché but at the same time very charming.