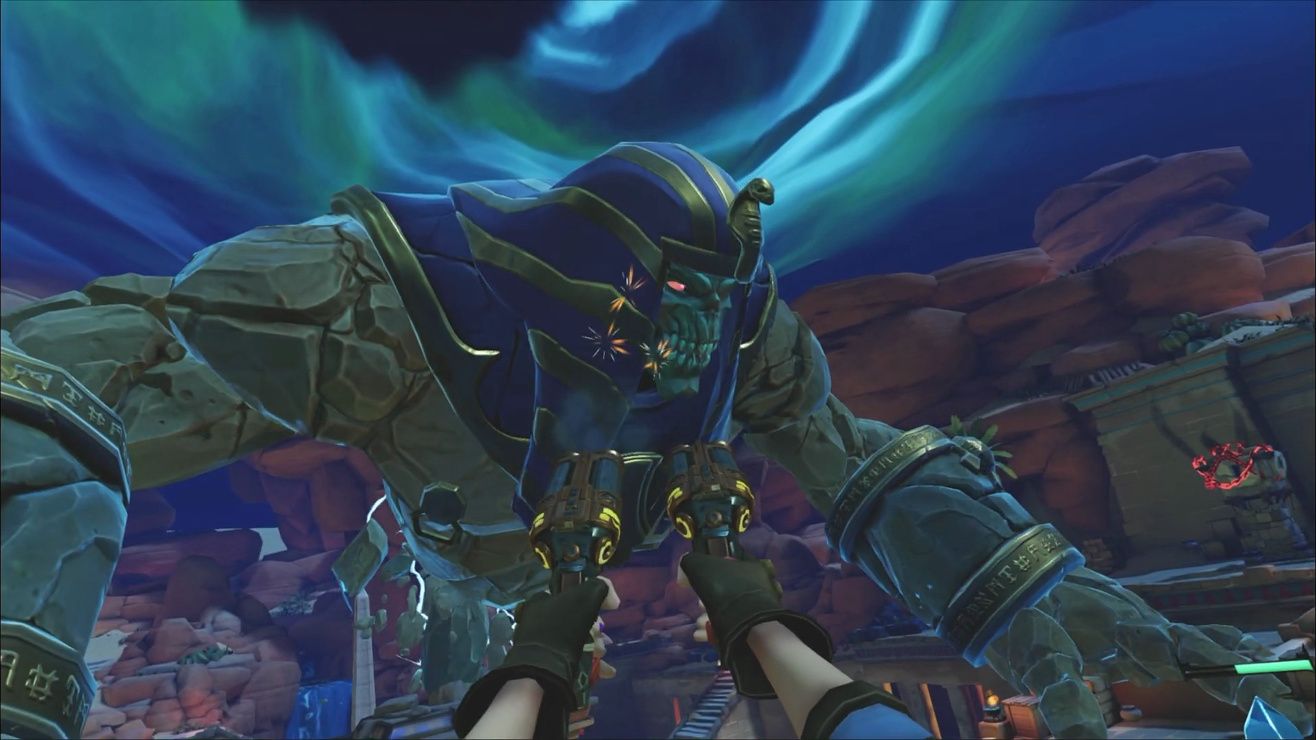 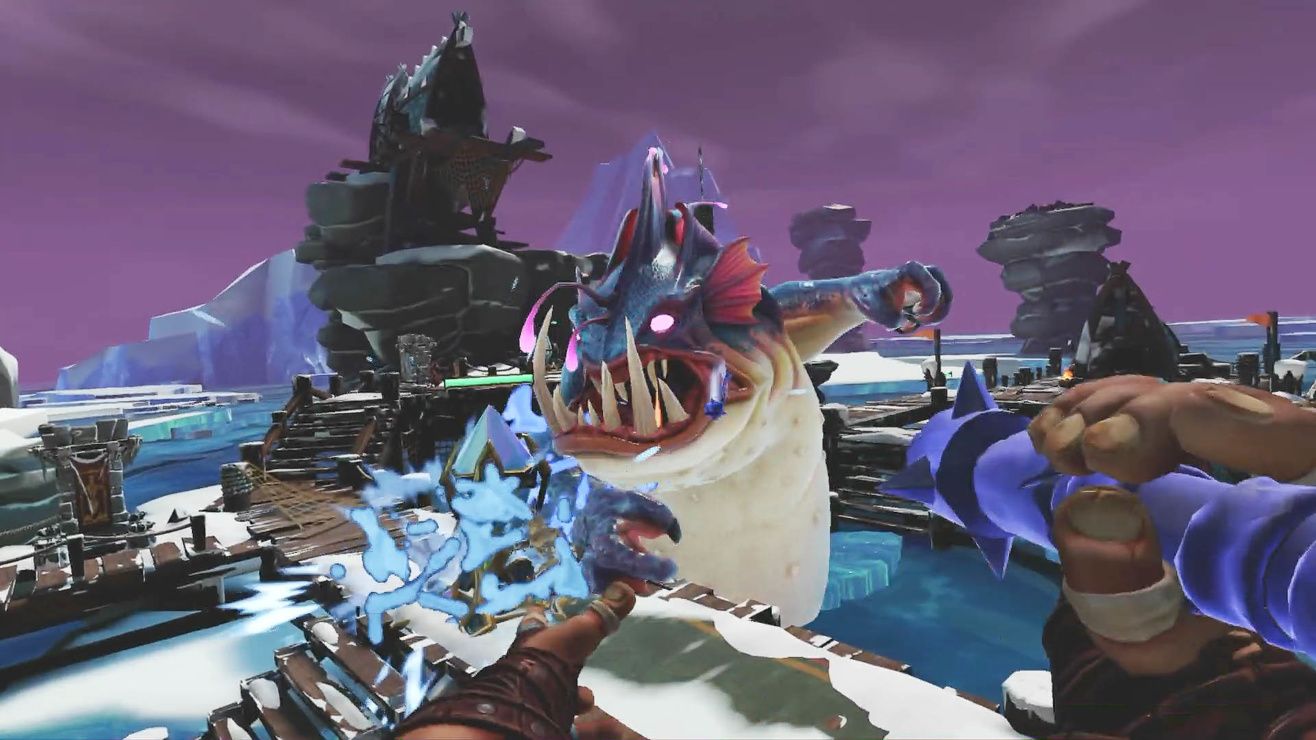 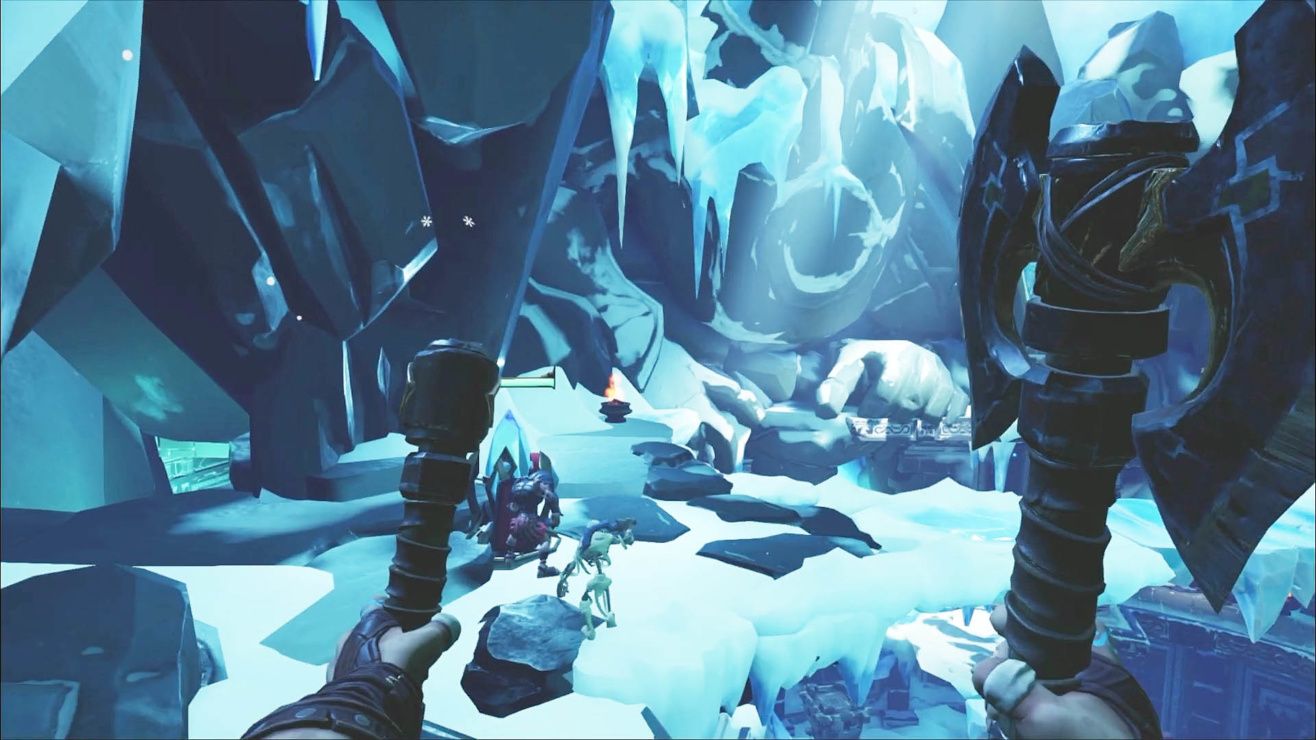 PC Steam Console Playstation action multiplayer co-op casual arcade vr magical
Ancient Amuletor is an action tower defense game that throws you into the ancient world to battle magical creatures, monsters and other legendary foes in single-player and cooperative multiplayer for up to three players. Features: ●Visit age-old civilizations and immerse yourself in spectacular environments in thrilling fights against armies of mythological enemies. ●Swap at any time between mighty hero classes like the archer, gunner, mage and puppeteer - each with their own specific set of controls and skills. ●Play alone, or team up with your friends - the game supports up to three players at once in all levels! ●Full-body IK technology gives you the ability to see your whole body in VR!
Share Share Share
Promote for 50G

Experienced on the Oculus Rift with Touch Controllers
I had actually played this game before but hadn't liked it refunded Oculus . I was surprised to be offered a free copy as part of the Steam Curator program. I thought I might as well try this and give it a new look. I noticed that the game had been updated.
There are 4 worlds and 2 levels within each world. The levels all look different although the worlds keep the same theme. There is some enemy variety between the worlds, but very slight differences. I think all but one world has a boss fight at the very end. Each level has varying waves until the level is complete.
You have to defend these crystals from being destroyed. You can afford to have the first few crystals destroyed, but the more of them that are destroyed, the easier it is for enemies to get to the main crystal which if they destroy then you fail your mission. You teleport from tower to tower near the crystals to defend them. So you have to pick where is the best vantage point at any particular time. Generally, you want to get closer to the action.
Where this game stands out, is the heroes available. You have a bow mistress, a viking melee weapon thrower, a mage, a gunner (guntress?), an air sword vixen, and lastly a puppeteer. The puppeteer is obviously overpowered and thus only unlocks after you have proven yourself. I'm just kidding, I believe it unlocks after you beat the second world.
Each of the heroes feels very different. My favorite was the bow huntress/ mistress. The bow felt very satisfying. My least favorite was the guntress. You have dual pistols that shoot like shotgun spread that has a very short effective distance and usually enemies are pretty far. Even the viking dude felt better as far as killing stuff from a distance. The viking dude is actually pretty funny because you can't just throw stuff, every now and then you'll get some food instead of a weapon from your holster and you have to eat it then throw the remains. If you just throw it, you'll powerup the enemy.
The air sword girl felt pretty unique. It's like your painting deadly brush strokes against the enemy. The odd thing is that she's the only one that I never got a powerup from. I don't know if it's broken or if I was doing something wrong. The mage also felt very good. Throwing magic balls had just the right difficulty. I just wish he had more varied attacks (seems he only has two attacks).
The puppeteer had an insteresting mechanic where you throw the puppet then you box everything within melee distance. He made these funny sounds. It was weird, but fun.
I still think the game needs more. Maybe build up some turrets or traps. Definitely remake the gun gal. Make it about accuracy, more like McCree and less whatever that girl is. However, I did like the amount of content it had. I enjoyed the boss fights.
Rate 6/10. I wouldn't call it Tower Defense .. maybe an arcade version of TD. Still enjoyeable, a bit overpriced, get it on sale if this sounds interesting to you.

Gameplay:
A very polished first-person shooter VR tower defense game that has the usual stop the waves of enemies before they destroy your crystals story. As First person shooter TD VR games go it's one of the better ones I have played.
Choice of heroes archer, gunner, mage, Viking? and puppeteer hero at any time during gameplay. It's not a bad game it's just that there are piles of these already in VR, if you enjoy these type of TD games then it's one of the better ones. If you already have a few in your library or just looking for a new VR game then maybe it's not worth it.
Recommended for First person TD shooter fans or those looking for a good version of one.

I originally got this game when it came out for the PSVR and found it to be quite entertaining. Over the years the developers have added numerous characters and gameplay mechanics that make this rather "simple" game quite engaging. There is a lot of replayability here. Again, a simple concept that's just fun and surprisingly challenging and rewarding.
As others have said, the polish is really evident in the mechanics and gameplay. Where similar VR games have developed to the point where they're simply playable... and development has stopped, these developers have really invested in the intro animations, graphical menus, environments, and updates to gameplay. It's really a well built game with attention to detail. Graphics and models are nicely stylized... character movements and animations are varied... it's well worth the spend to me.

Awesome, dynamic and pretty cool looking if you like the cartoonish art style! Not the longest tower defense game there is, but most surtenly one of the most enjoyable!

The tutorial hit a bug but then the game itself was actually rather fun with the hopping around shooting things element. I didn't get into the harder difficulties, but frankly it's actually a fun little thing. The lack of anyone else for multiplayer and the "get the DLC" stuff that there does not seem to be a way to got or the "coming soon" stuff that isn't is a little offset by the fact at least the new one will be free for owners of this one.
I've gotten what I paid out of it, it's fun if not exactly deep.