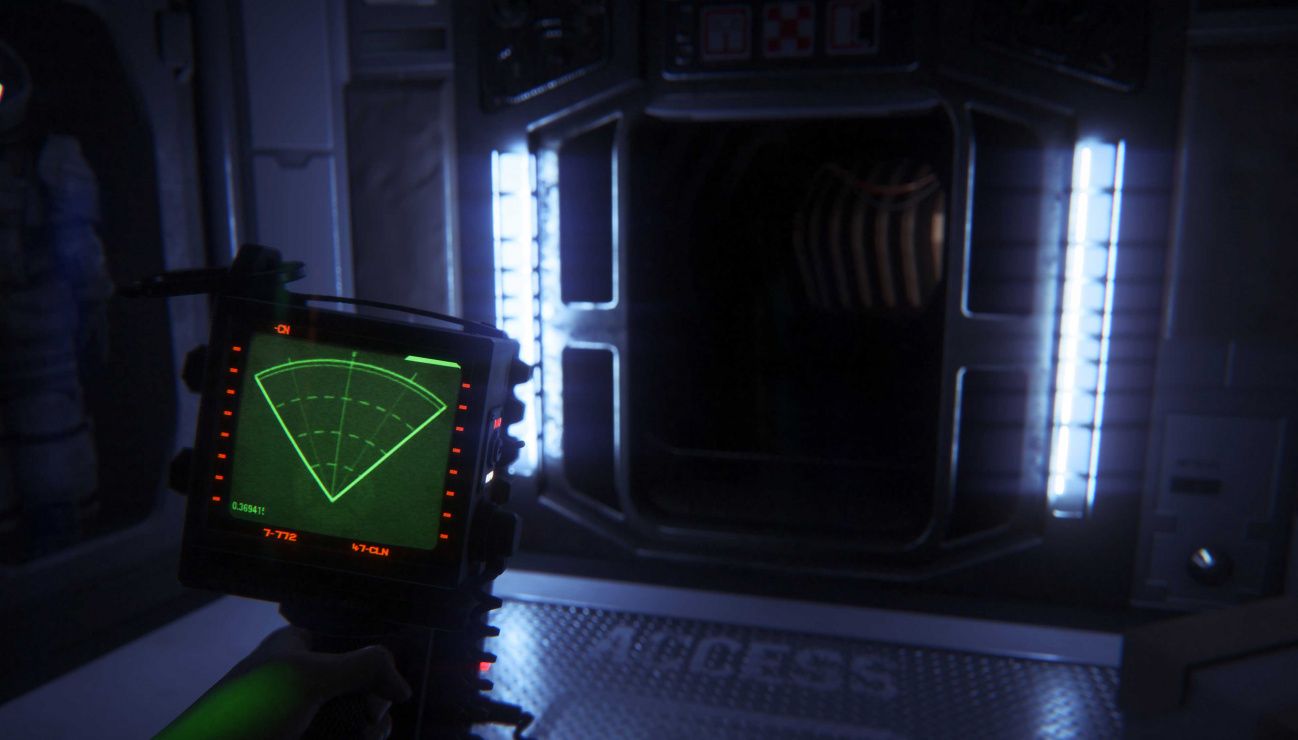 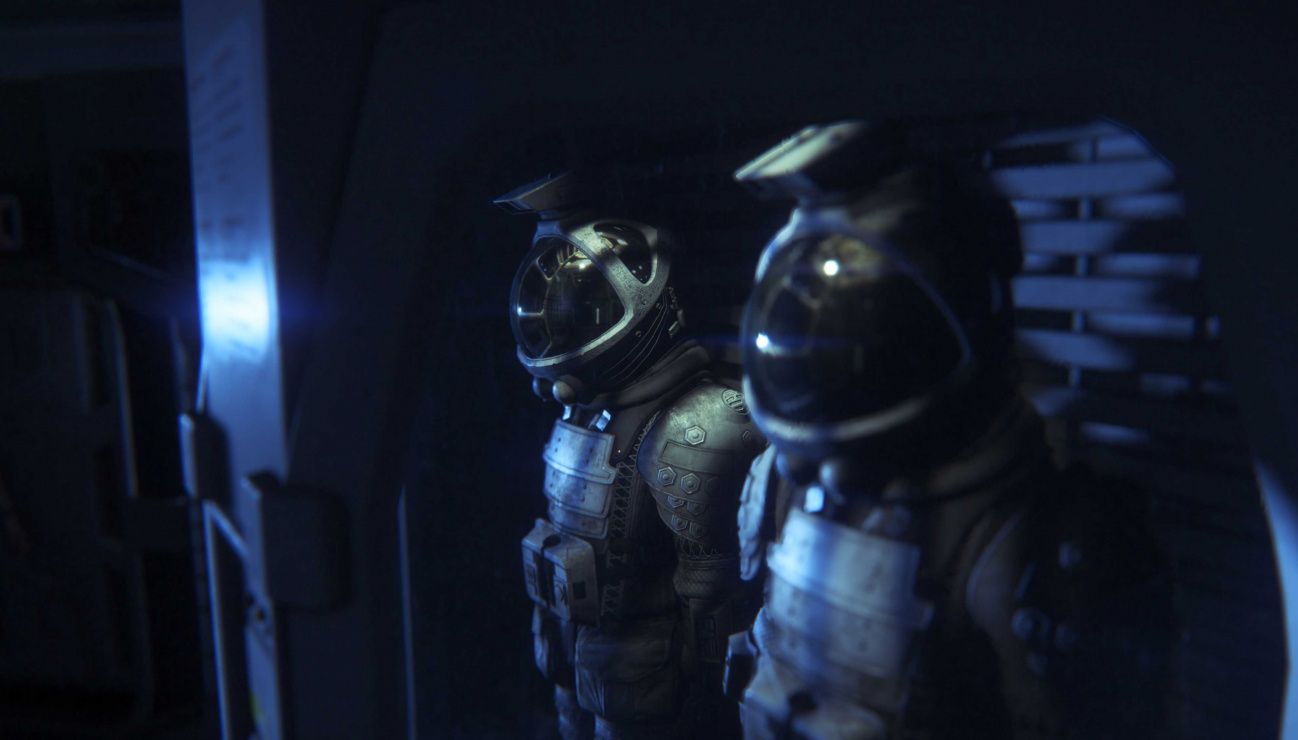 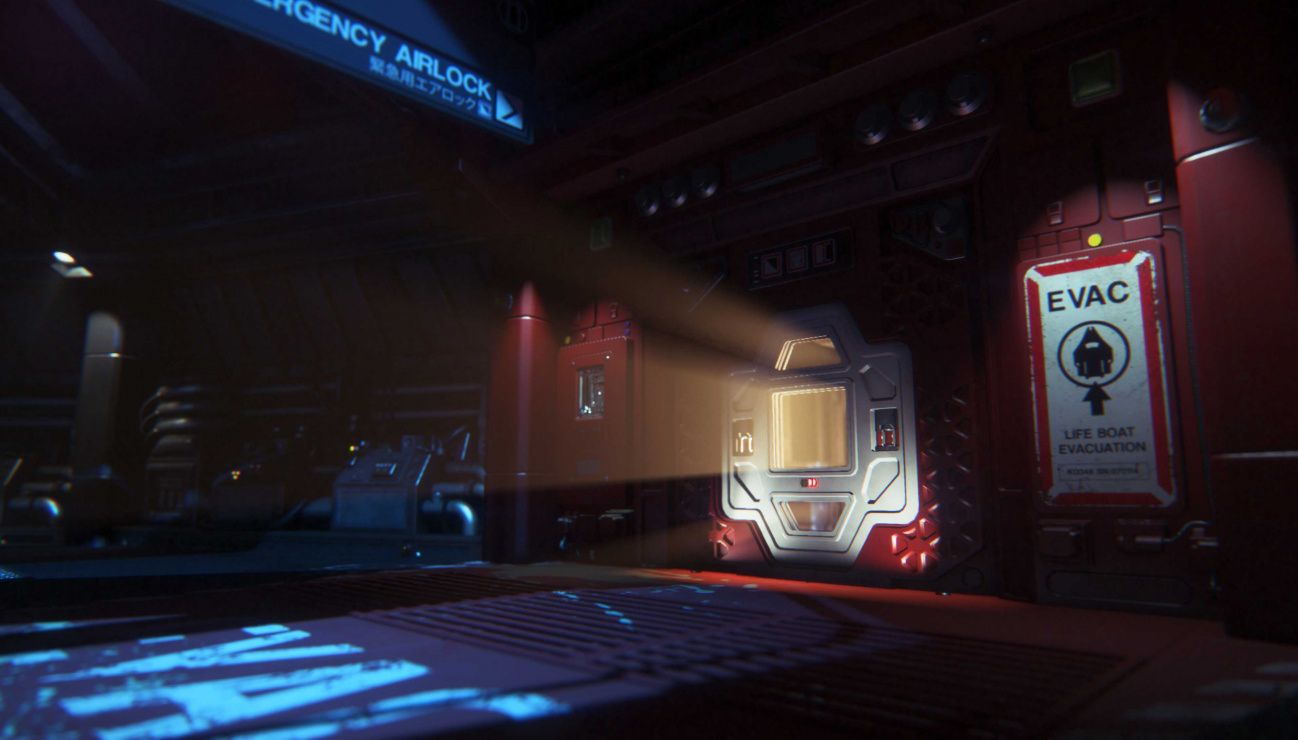 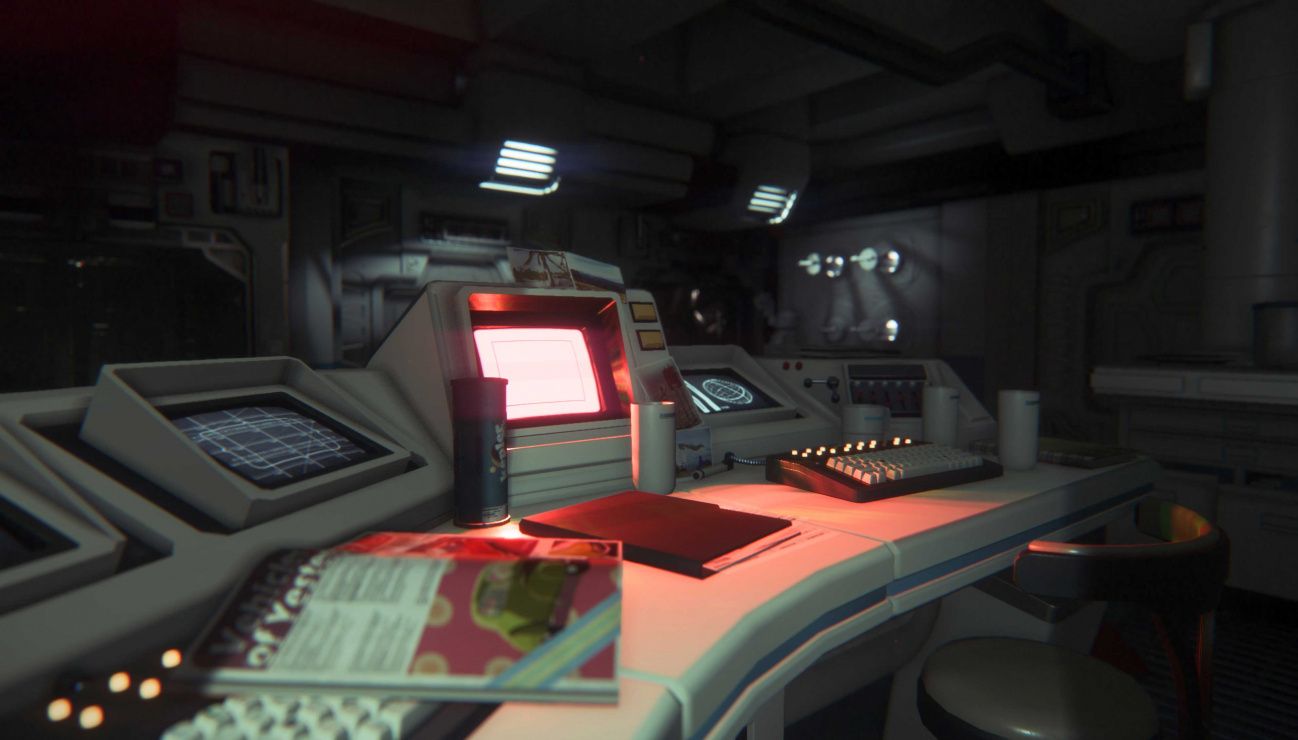 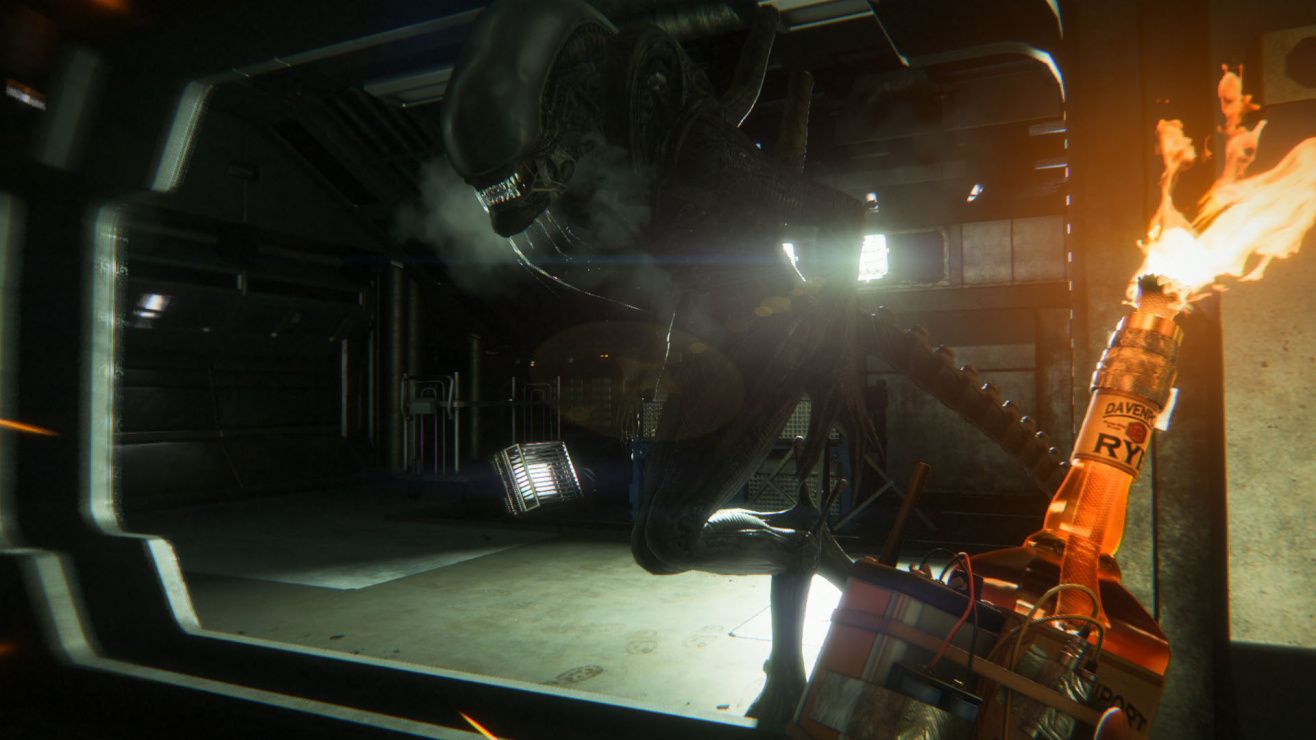 PC Steam Console Playstation action Xbox adventure sci-fi atmospheric survival horror space stealth aliens
Discover the true meaning of fear in Alien: Isolation, a survival horror set in an atmosphere of constant dread and mortal danger. Fifteen years after the events of Alien, Ellen Ripley’s daughter, Amanda enters a desperate battle for survival, on a mission to unravel the truth behind her mother's disappearance. As Amanda, you will navigate through an increasingly volatile world as you find yourself confronted on all sides by a panicked, desperate population and an unpredictable, ruthless Alien. Underpowered and underprepared, you must scavenge resources, improvise solutions and use your wits, not just to succeed in your mission, but to simply stay alive.
Share Share Share
Promote for 50G

Alien Isolation is hands down my favourite game of all time, and IGN's review of it is probably the worst review of any video game, ever. For fans of the original film, this is a must buy, but even for those who are unfamiliar with the franchise, it is still worth picking up for several reasons.
1. The replay value.
There is a reason people still play this game today, even though it was released in 2014. Each play-through gives a new experience, and there are several difficulty settings and free community-made mods that help make the game feel completely new, as well as some lovely DLC that comes very cheap when the game goes on sale. The community is active. The love for this game runs deep. And for those who want a challenge unlocking all the steam achievements, this game will keep you busy.
2. The game holds up graphically.
Even today, this game looks beautiful. There are some tweaks that you can make to make the graphics slightly better, but it looks superior (with the exception of some facial animations) to many games released today. The design of the level is the true thing to pay attention to, however. I would not hesitate to call this game a work of art. Seriously.
3. Makes you think on your feet.
Horror games are very often walking simulators with a few jump scares thrown in. This is not the case here. As you up the difficulty, more and more tactics will be necessary to get past certain points of the game. Even if you're one of those people who looks up how to play through a game online, you won't be able to simply copy someone else's play-through of a section and be guaranteed to succeed. As a result, finishing this game can give a sense of accomplishment even on the second or third time run.
4. SUSPENSE.
Something many horror games lack. In most games of the genre, you can tell when the game gets dangerous. The music picks up and you are alerted well ahead of time. In this game, you're constantly anxious, and for good reason. Make too much noise in the game, or even in your room while playing (ps4 and xbox 1 only - these allow for noise detection), and the Alien will come for you regardless of where you are. In this game, YOU cue the dangerous music; the dangerous music doesn't cue you.
5. The story.
The story itself is beautifully told. Not only do we get to know a lot about the main characters, but there are also many discoverables that reveal the fates of others. You can get lost in this game.
---
Final words?
I have played Alien Isolation so much, when I close my eyes, I can imagine playing it in my head. To me, the locations have become as memorable as the locations in my daily life. I have even used it as a memory palace for several exams, so I owe a lot to the fiction world the developers created.
Astounding game. In my opinion, at least a 9 out of 10.
IGN can fight me.

Can't get past 6.5 hours because I'm terrified and not afraid to admit it.

One of the few great video games based on movies
More often than not we see video games based on movies fail miserably at capturing the magic that made said movie special. It's as if converting a cinematic experience into an interactive medium simply wasn’t meant to be. Yet Alien: Isolation does something differently that makes it stand out among your typical movie tie-in games. Alien: Isolation is its own story, although having seen the films beforehand would serve as the best introduction to the Alien franchise if you aren’t yet familiar with it. Alien (1979) and Aliens (1986) are also some of the greatest horror and action flicks in cinematic history, and you have no excuse not to see them!
Seeing as this game is currently lying dormant in many users’ libraries after the -95% sale a while back. I thought that it would be worth to try and convince some of these users to give this game a chance.
Story
Alien: Isolation is set between the first and second movie. You play as Amanda Ripley (Ellen Ripley's daughter), who's just been informed that the flight recorder of the Nostromo has been recovered and taken to a space station called Sevastopol Station. Amanda is then taken on board the Torrens, a star ship heading for the station, with the intent of finding closure about her mother's presumed passing. Once arriving, it's clear that something is seriously wrong. As you're about to board the station, you're split up from your crewmates and left on your own trying to regroup, whilst slowly uncovering the mystery of Sevastopol Station.
Gameplay
This is a stealth focused horror game where sneaking past your enemies is in most cases the better choice rather than running and gunning. The Xenomorph isn’t the only threat as there are other hostiles, such as other survivors and a rogue AI system that’s in control of the station’s synthetics, which eventually ties into the story. During your playthrough you will have to consider your approach to various environments, as detection means you risk attracting unwanted attention. You’re given quite the arsenal to make your way through the 18 different levels, that provides a lot of freedom in terms of your approach. There will be times where you find yourself in situations hiding in lockers and ventilation shafts, holding your breath in-game as well as in real life, because at any moment the Xenomorph might sense your presence and hunt you down.
At its core you’re mainly advancing from point A to point B in a linear fashion with numerous threats in between. As well as completing hacking and welding minigames in order to gain access to the next area and progress the story. This is fine at first, but after doing this for several hours it can get a little repetitive. It’s a shame because the only solution I found to this issue is to either make the game shorter or add an excessive amount of features that potentially risk taking away from the actual star of the show: the Xenomorph.
From my own experience I believe the difficulty you decide to play on will directly impact your experience. I completed the game on medium, which was enjoyable but eventually I reached a point where I had way too many resources, which consequently made the latter part of the game (i.e the climax) a lot easier than I think it should've been. I'd encourage you to give hard a chance, while bearing in mind that dying is a part of the learning process.
Visuals & Sound
I think it’s fair to say that Alien: Isolation is a good looking game even years after its release. It uses dynamic lightning to create gorgeous yet creepy looking environments that had me stop on multiple occasions just to appreciate the visuals. The models for objects and NPCs, such as the Xenomorph and the Working Joe synthetics all hold up in my opinion, although some of the human models can look a little wonky. Especially during cutscenes where the facial animations can express a different emotion than what the voice actors are trying to convey.
My only issue with the visuals is the poor anti-aliasing. However this can be solved through third party modding.
Not only is it important to be able to express the right mood visually but also through the usage of soundtracks/soundscape. Alien: Isolation uses sound to full atmospheric effect through its ambient soundtracks making for an overall immersive experience.
Conclusion
This is all wrapped into a 13-25 hour experience with the main selling point being the fact that it's an Alien game, and a very good one at that. I think it’s apparent how much love for the franchise clearly went into the making of this game. The environments and sounds all come together nicely in order to enhance the immersion and the storytelling, of which I have chosen not to reveal much about. In the end I found this to be quite an enjoyable experience and if you already have the game in your library, then why not give it a go?