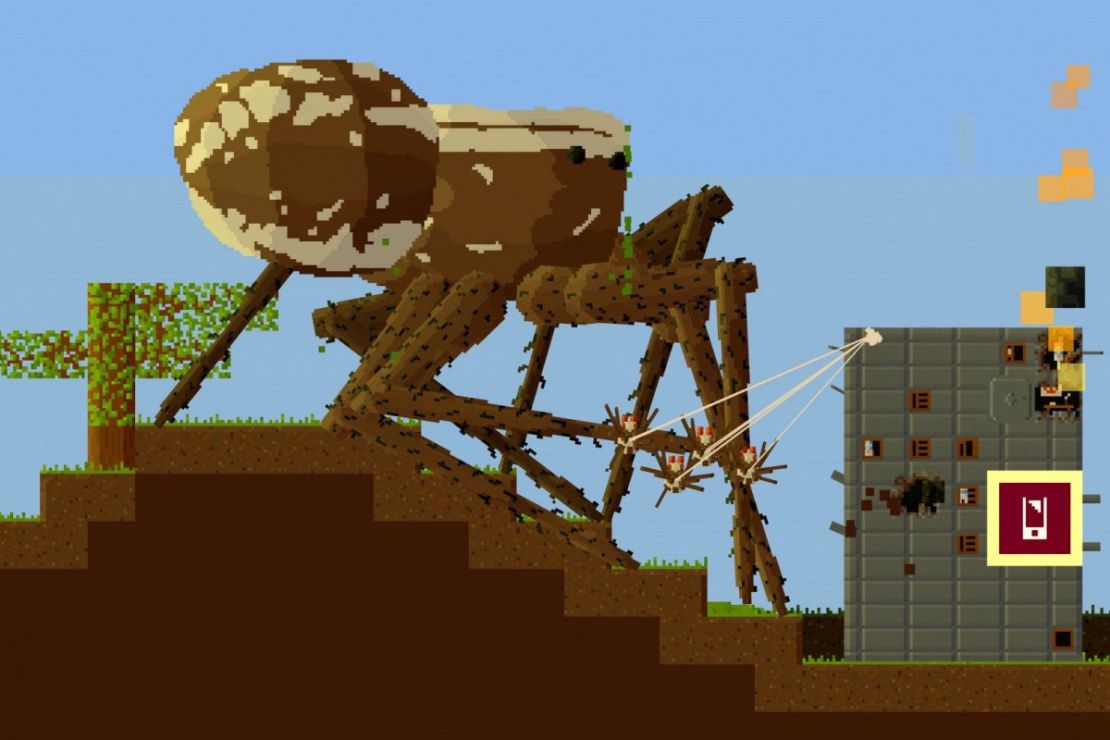 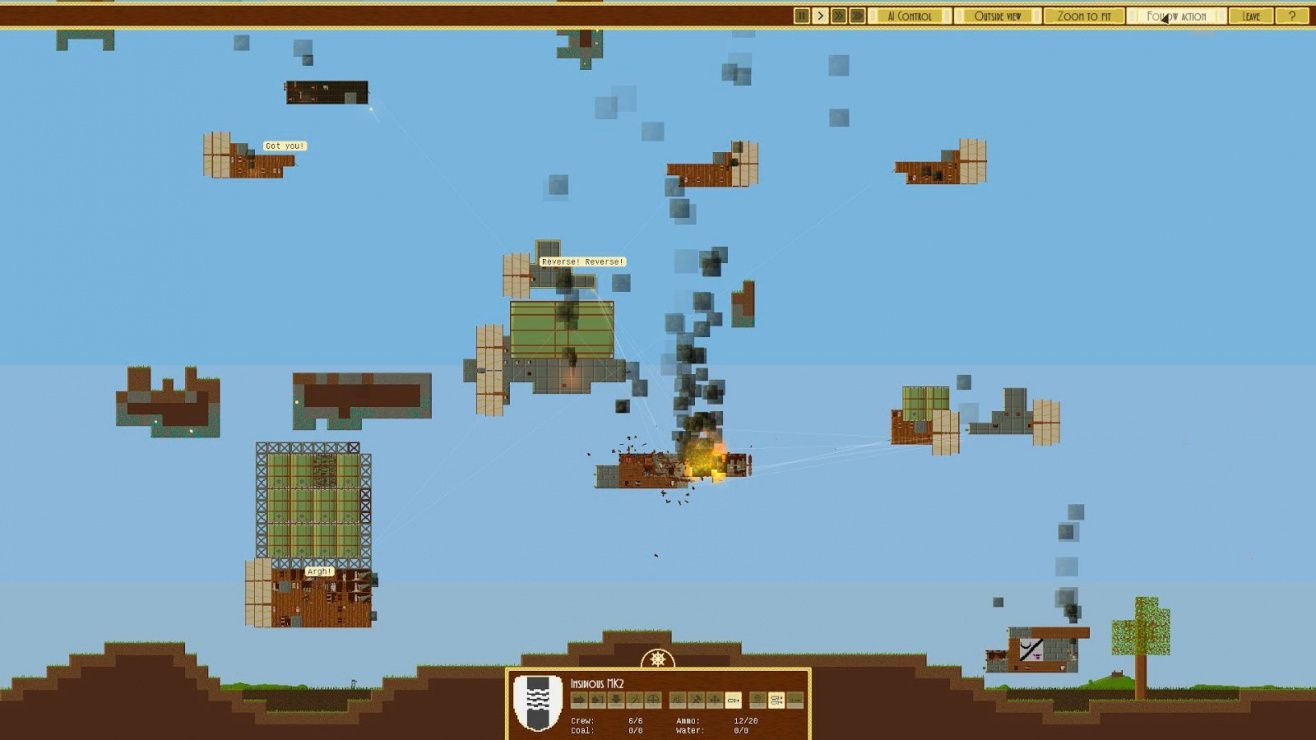 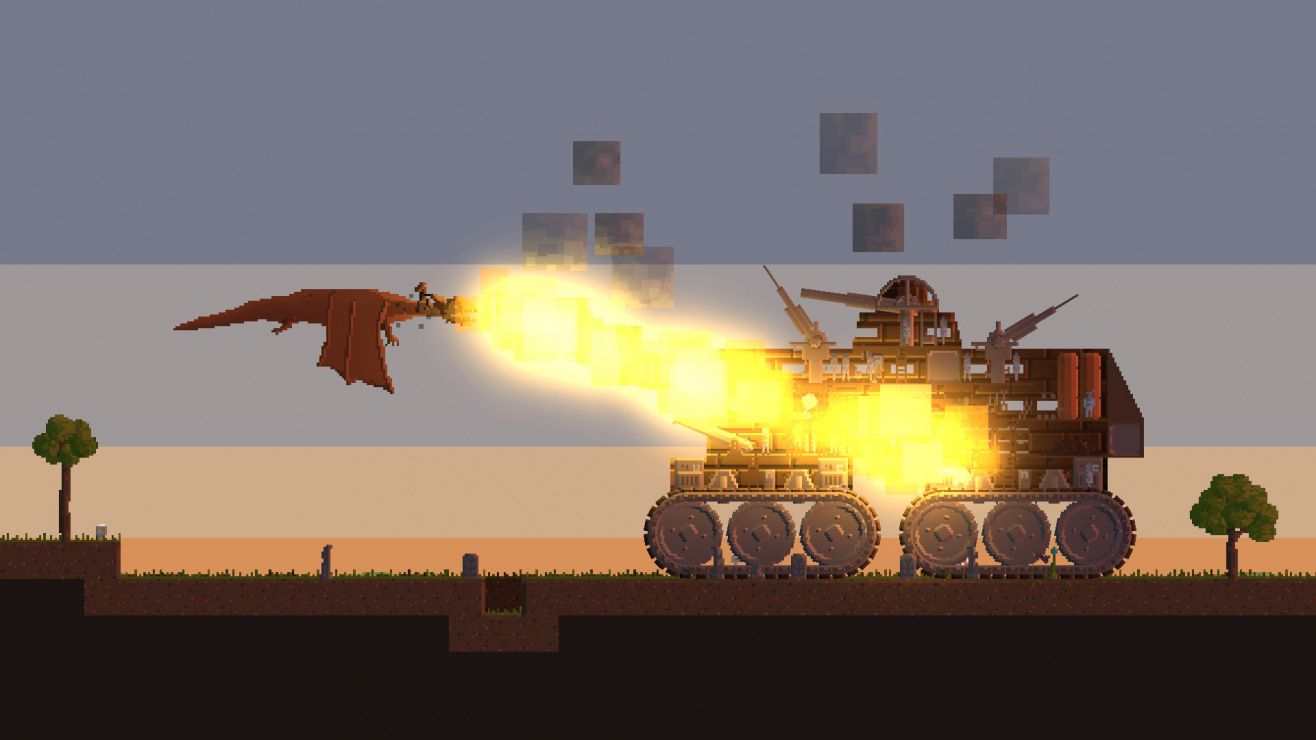 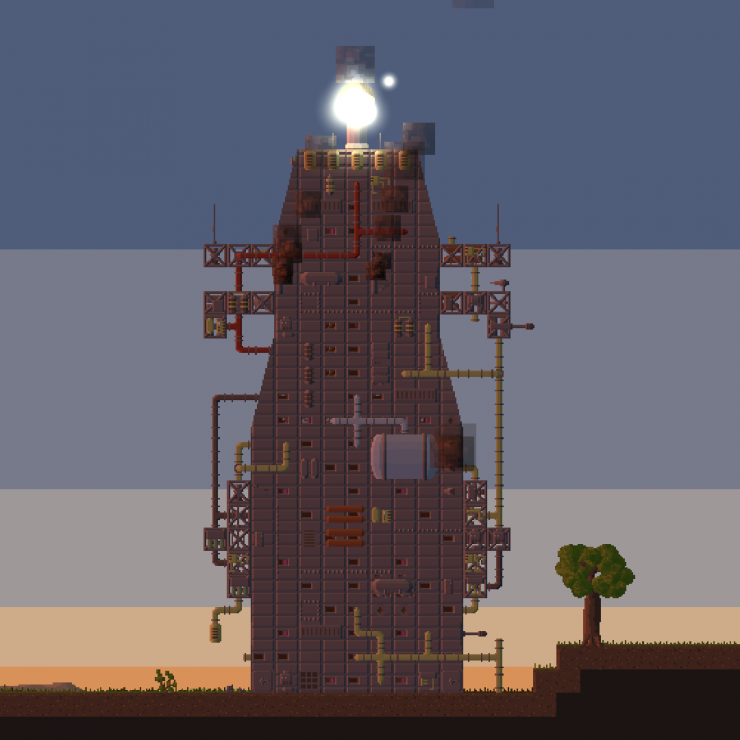 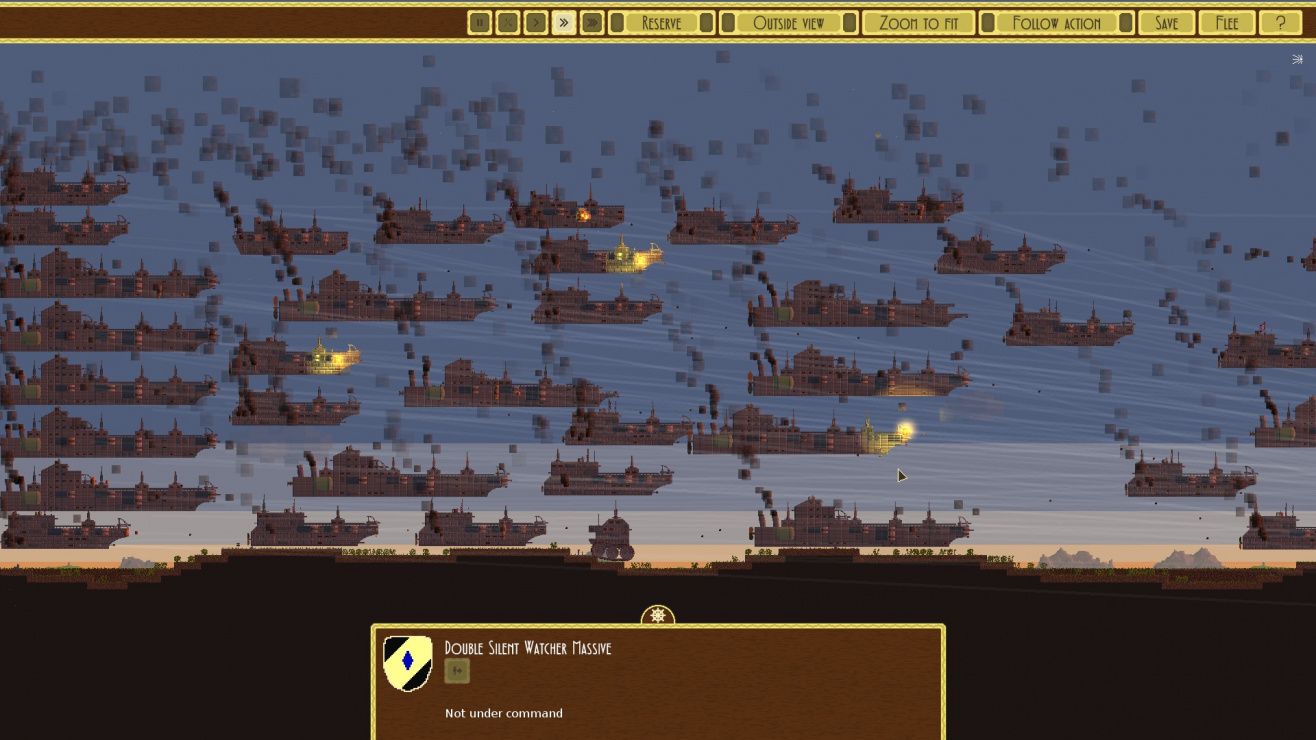 PC Steam strategy Windows war rts sky mechs air alternate history
In Airships: Conquer the Skies you'll need to use all of your creativity and skill to design and build fearsome airships and land vehicles to give you the edge in massive aerial battles. Construct your vehicles by piecing together a vast array of modules, choosing weapons, armour types, structures, equipment and resources in near endless configurations to allow you to prevail against even the toughest foes. The vehicles are highly detailed, teeming with sailors moving around performing their individual tasks to stay in the fight. Your choices of vehicle layouts are crucial, exploring the design space of different crafts and their matching tactics to make sure your fleet emerges victorious. Once your vehicles are ready for the fight, you’ll give high-level commands to your small fleet, swooping, soaring, ramming and boarding others to gain the upper hand in battle. Ships and terrain are fully destructible: they can catch fire, explode, break apart, and fall, so you’ll need to choose your tactics wisely. Face off against giant aerial kraken, fleshcracker mechs, huge venomous spiders, clockwork wasps, and more. Defeat them and reap the rewards. Play across three distinctly different modes: taking on (or creating your own) bespoke Missions; building a mighty empire in Conquest, or destroying your friends in Multiplayer matches online or via LAN.
Share Share Share
Promote for 50G

Imagine, if you will, the human brain. Now, remember, this brain has, on average, 100 billion neurons. I have one, you have one (though, not for long). Now, imagine a brain, specifically mine, that likes the idea of building vehicles and then using them to blow up other vehicles, with the end goal of conquering the world. This brain, piloting it's meat suit (my body) then finds out about a game called From the Depths. This brain acquires this game. This brain attempts to begin to understand it. The brain realizes that, to understand the game, it would require at least four times as many neurons, as From the Depths could easily baffle the elder gods. This person (assuming the given definition of person is a mind of sufficient complexity and power. Do note, this definition could quite easily make the majority of United States governmental officials no longer "people") is, naturally somewhat upset at this issue.
The person (me) then finds a game called Airships:Conquer the Skies, based around a similar concept. They acquire the game, and start playing it. They find it is complex enough to be interesting, but does not require a ten year course to understand (the course, unsurprisingly, has a prerequisite: a PhD in quantum physics). They then decide to describe their experiences, to assist others having a similar problem.
If you couldn't understand that, it's fine. Neither could I. So, here is a quicker, easier to understand review:
My monkey brain cannot understand From the Depths. Then I found a vehicle building game a brain with such low processing power a coin and a flat surface would find it harder to equal it than to surpass it could understand.
Even more simply:
I am not smart enough, nor strong enough, for FTD. So I play this game instead.
If you, like me, are not a biological supercomputer, and want to play FTD, get this game
(Dear god I should be doing homework instead of writing this review.)

When I was young and bored; usually in class, I would draw side profiles of battleships, tanks, walkers and fighter craft. I would use my imagination to do battle with these craft and to improve upon my designs. This game brings those imaginings to life. It is just plain satisfying to play, regardless of age or interest. You design the craft, you deploy them for your empire and you can conquer the map with a surprising amount of tactical variation.
This is an easy recommendation. If you like computer games, you will find something to like in this one.

---{Graphics}---
☐ You forget what reality is
☐ Beautiful
☐ Good
☑ Decent
☐ Bad
☐ Don‘t look too long at it
☐ Paint.exe
---{Gameplay}---
☑ Very good
☐ Good
☐ It‘s just gameplay
☐ Mehh
☐ Starring at walls is better
☐ Just don‘t
---{Audio}---
☑ Eargasm
☐ Very good
☐ Good
☐ Not too bad
☐ Bad
☐ Earrape
---{Audience}---
☐ Kids
☑ Teens
☑ Adults
☐ Human
---{PC Requirements}---
☐ Check if you can run paint
☐ Potato
☑ Decent
☐ Fast
☐ Rich boiiiiii
☐ Ask NASA if they have a spare computer
---{Difficulity}---
☐ Just press ‚A‘
☐ Easy
☐ Significant brain usage
☑ Easy to learn / Hard to master
☐ Difficult
☐ Dark Souls
---{Grind}---
☑ Nothing to grind
☐ Only if u care about leaderboards/ranks
☐ Isnt necessary to progress
☐ Average grind level
☐ Too much grind
☐ You‘ll need a second live for grinding
---{Story}---
☑ Story? (The game has some slight lore in the form of worldbuilding, but no particular characters or events. You make your own story to go along with whatever you do, while still having a good steampunk theme.)
☐ Text or Audio floating around
☐ Average
☐ Good
☐ Lovely
☐ It‘ll replace your life
---{Game Time}---
☐ Long enough for a cup of coffee
☐ Short
☐ Average
☐ Long
☑ To infinity and beyond
---{Price}---
☐ It’s free!
☑ Worth the price
☐ If u have some spare money left
☐ Not recommended
☐ You could also just burn your money
---{Bugs}---
☑ Never heard of (there's not really any game-altering bugs or anything annoying, unless you use mods)
☐ Minor bugs
☐ Can get annoying
☐ The game itself is a big terrarium for bugs

I might actually file this game for false advertising: There is so much good stuff about this game that the Store page simply omits.
Some people complain this game has a lack of content, and hereby miss one of the biggest trump cards this game has: it's data-driven nature.
This game for the most part draws off easily editable JSON files, from the cannons you fire, to tech trees, to aerial krakens and even the moons you see in Conquest. Everything is editable, and the game natively supports modifications.
So if there's too little content for the game in your opinion, then you can make it yourself. Some people in the community, such as Ishi, have become almost legendary in the community, and others such as YellowMiner have even had their modules added to the base game.
And if you can't mod? Then people with more time than I could hope to attain have built fantastic collections of mods, all at your fingertips thanks to the Steam Workshop!
Even if you can't play the game, there are many ways to get good at the game and enjoy it too!

needs more content, ill pay for airships conquer the skys 2 for $60 if it got 5x more content and a more polished campaign

He is still updating this game years later. Very good and fun