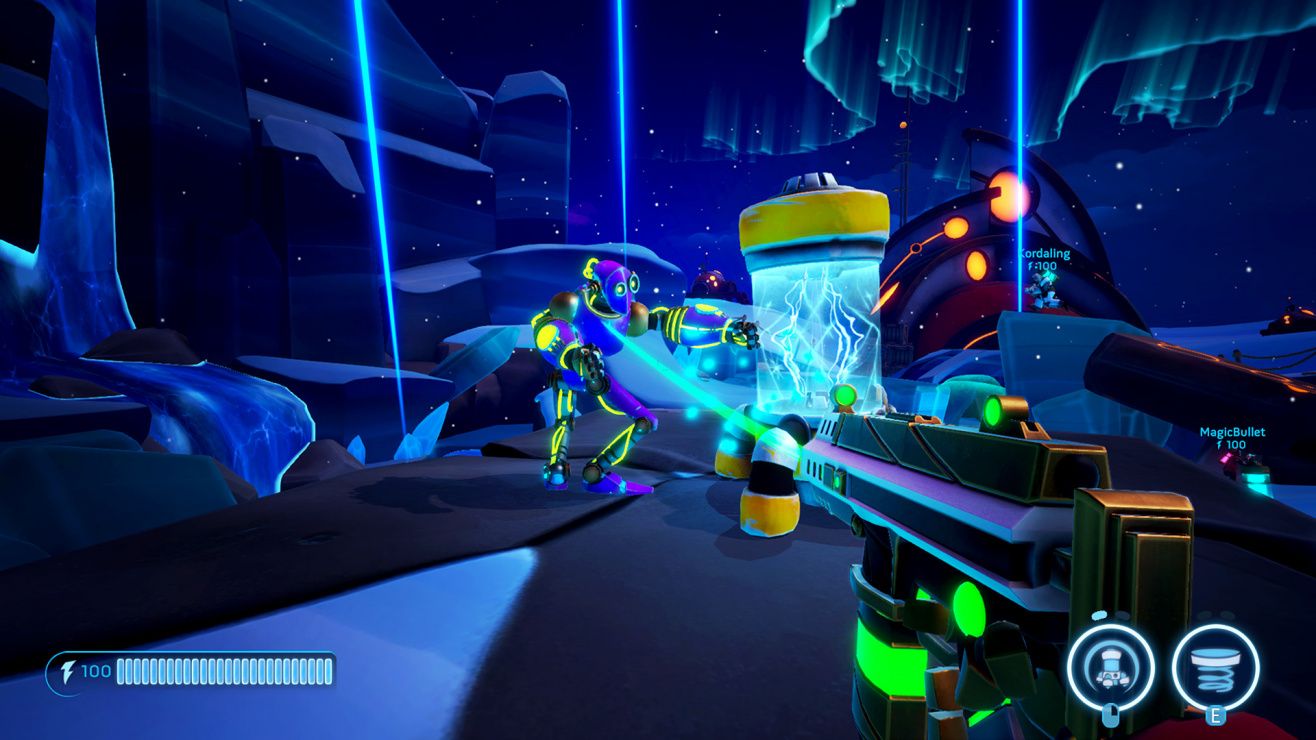 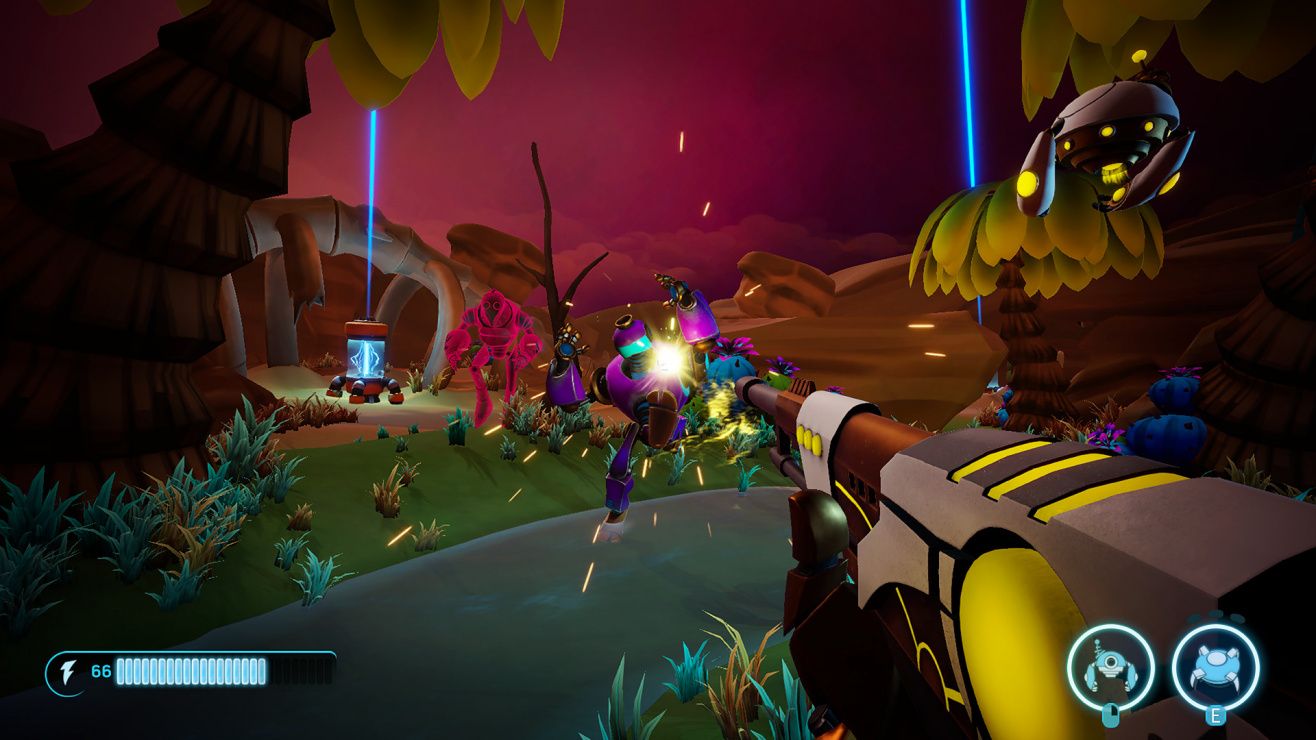 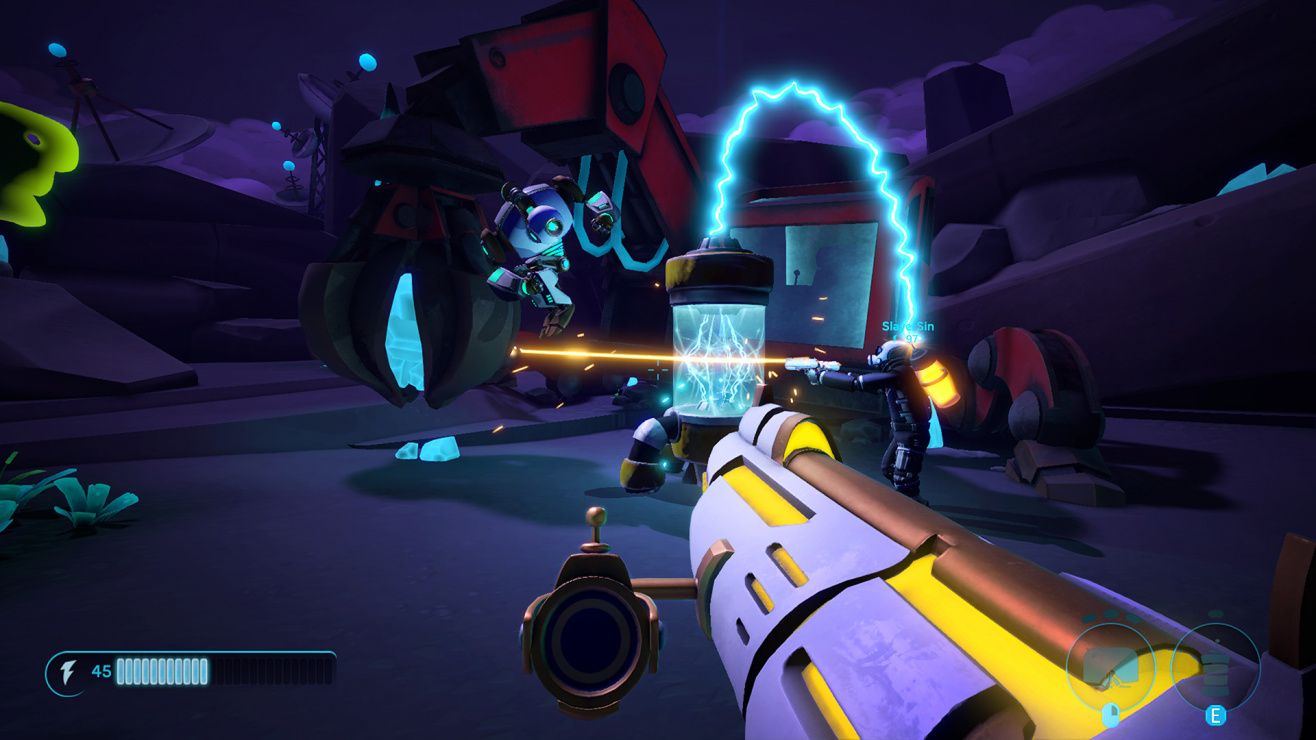 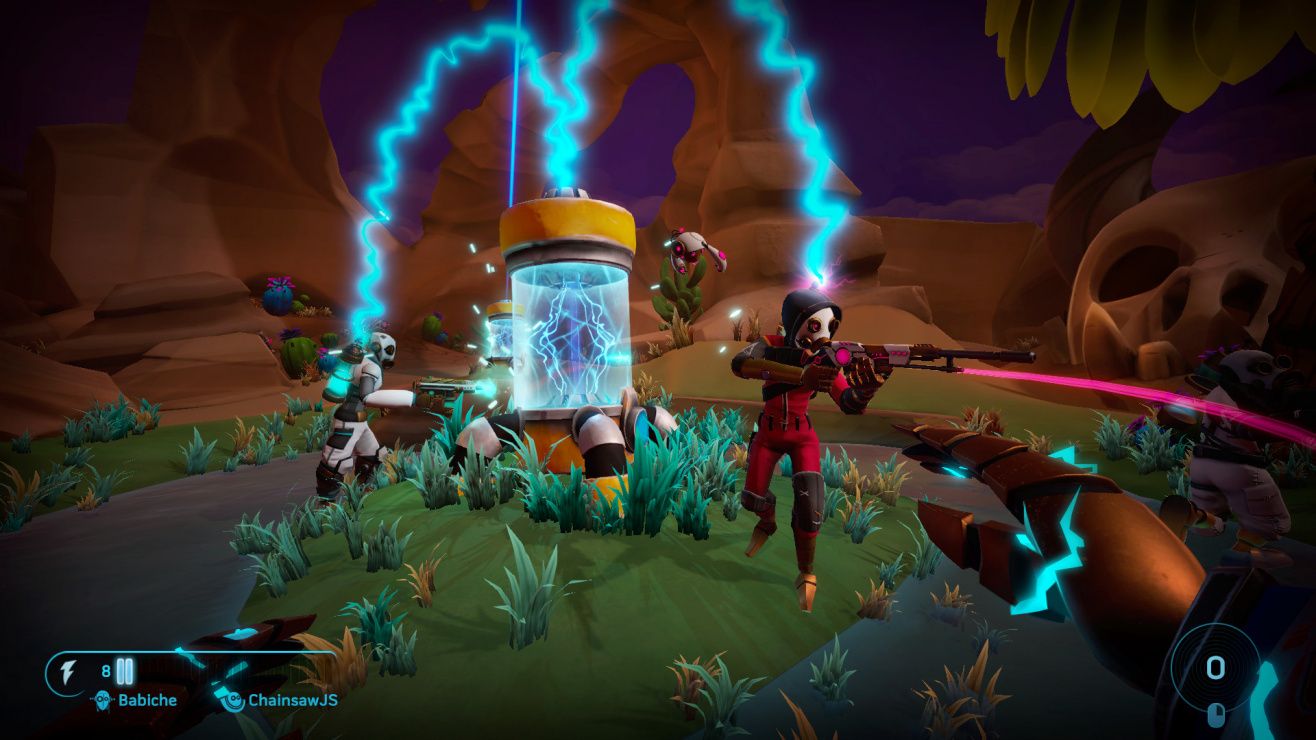 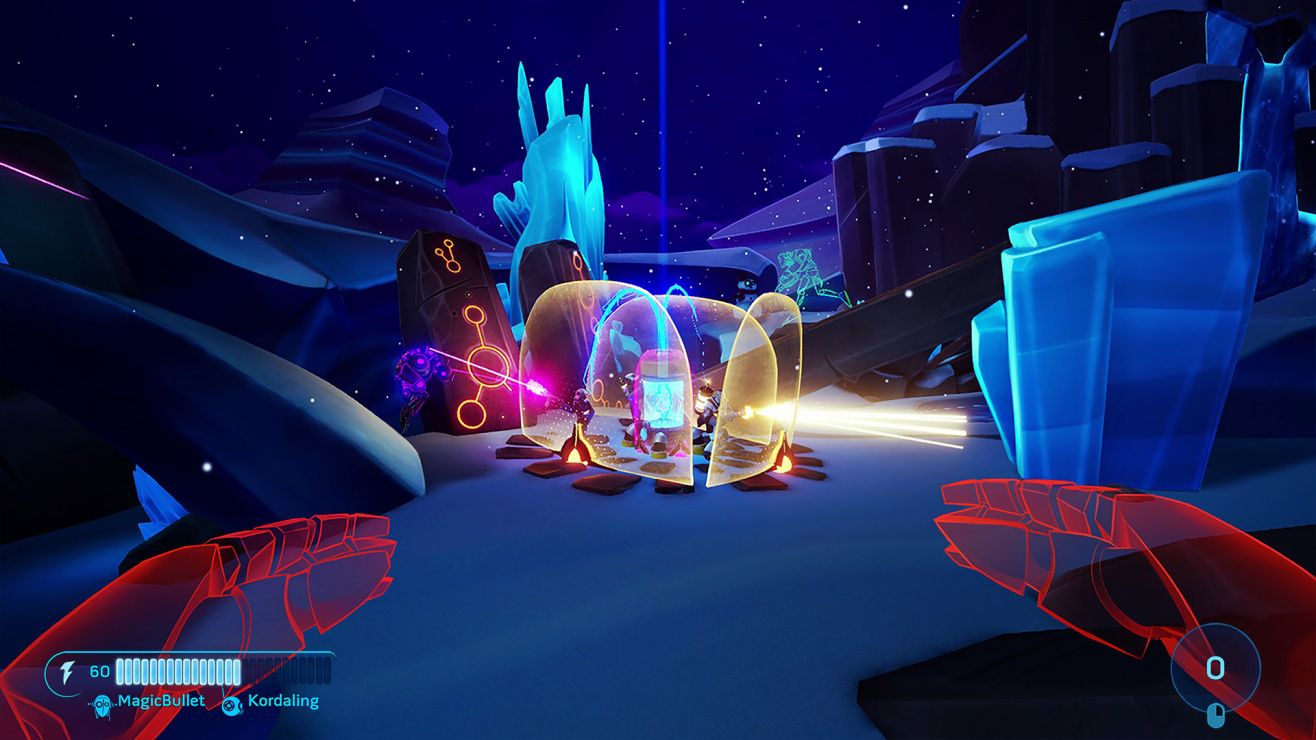 PC Steam Console action Xbox multiplayer shooter fps online team cross-platform
Aftercharge is a 3 vs 3 competitive game pitting invisible robots against an invincible security squad in high-octane tactical skirmishes. Six glowing structures called extractor are at the center of the gameplay and serve as the objective for both teams. The robots have to coordinate their attacks, create distractions and sneak around to destroy them. The enforcers on the other hand have to cover as much ground as possible and use their abilities wisely to spot the attackers and stop them before they can destroy all of the extractors. Features Unique blend of fresh mechanics An invisible team fighting an invincible team, reviving allies instantly with no limit and zero cooldown on abilities are only a few mechanics that make Aftercharge a shooter you’ve never played before. Online multiplayer and matchmaking, cross-play with Xbox One
Share Share Share
Promote for 50G

Very fun game, quick matches and lots of fun. Would recommend.
You get matched with bots for the first 8 games to learn how to play and try out different people, so dont be fooled into thinking that no one is playing since you just play against bots initially. Devs probably shouldve made that bit more explained imo, but still a very fun game.

I've been very close to the community of the game, i'm even a Partner & Champion since a long time. Aftercharge is such an awesome competitive game! It is super original and have a multiple of shiny colors. The graphics are amazing and you are really into the game. It can be confusing if you just started the game and that is totally normal but after a couple of matches, you will understand more and be much better. I've been supporting the game since the start and so far, the characters seem balenced and all have their defaults. The maps are not too big and not too small. If you have a potato computer, you will be able to play in the lowest graphics / resolution and still have a good experience. I had a potato computer before and I was able to play the game. Aftercharge is also available on PC, Xbox One and Nintendo Switch and cross platform! Which is AMAZING for playing with your friends.
So, in brief, if you need a original competitive game, Aftercharge is the game you need in your life.

I was first introduced to Aftercharge through a friend, who was introduced to it by a friend of theirs that went to PAX. I got interested in the game and participated during the test stages, quickly becoming a "Champion" (Top 10 MMR) and becoming part of the first official Afterchagre team, Overcharge.
Since then I have met many nice people on the Aftercharge discord and have made many friends. I really enjoy the strategic gameplay and fresh take on a FPS game that Aftercharge brings, where teamplay is important. I hope you can all enjoy this game as much as I am.
tl;dr - It's alright, I guess.

This game is unique in its mechanics and idea. I love how this game was made and the developers are amazing. They do really care about your opinion and to make the game more enjoyable for everyone. I would insanely recommend this game!

Aftercharge, I like the concept but player wise the game is very dead. I got a chance to play this during the free weekend, and we are talking single digit player amounts while the game is free. Overall I think the game is descent but with a pop this low I only recommend it if you have a group of friends also pick up the game.

Good game and concept. Only downside is the lack of player base. Took about 15 minutes or so to get into a game and the game I was put into was with 3 players on the opposite team higher than level 150 and teammates lower than level 10. I'm a level 4.

If you wanted a twist on multiplayer games, you've honeslty came to the right place. Aftercharge: The 3v3 you've always wanted but never had. From the 23 hours played from beta and alpha testing, I'm sure that this game will and is a smash hit. Being apart of the blues and the server on discord where it all started was an amazing journey. Meeting all the mods, devs, and partners was an amazing experience I want to relive over and over again. I love this game, I love the community. This game will be worth the 20$ spent. Trust.