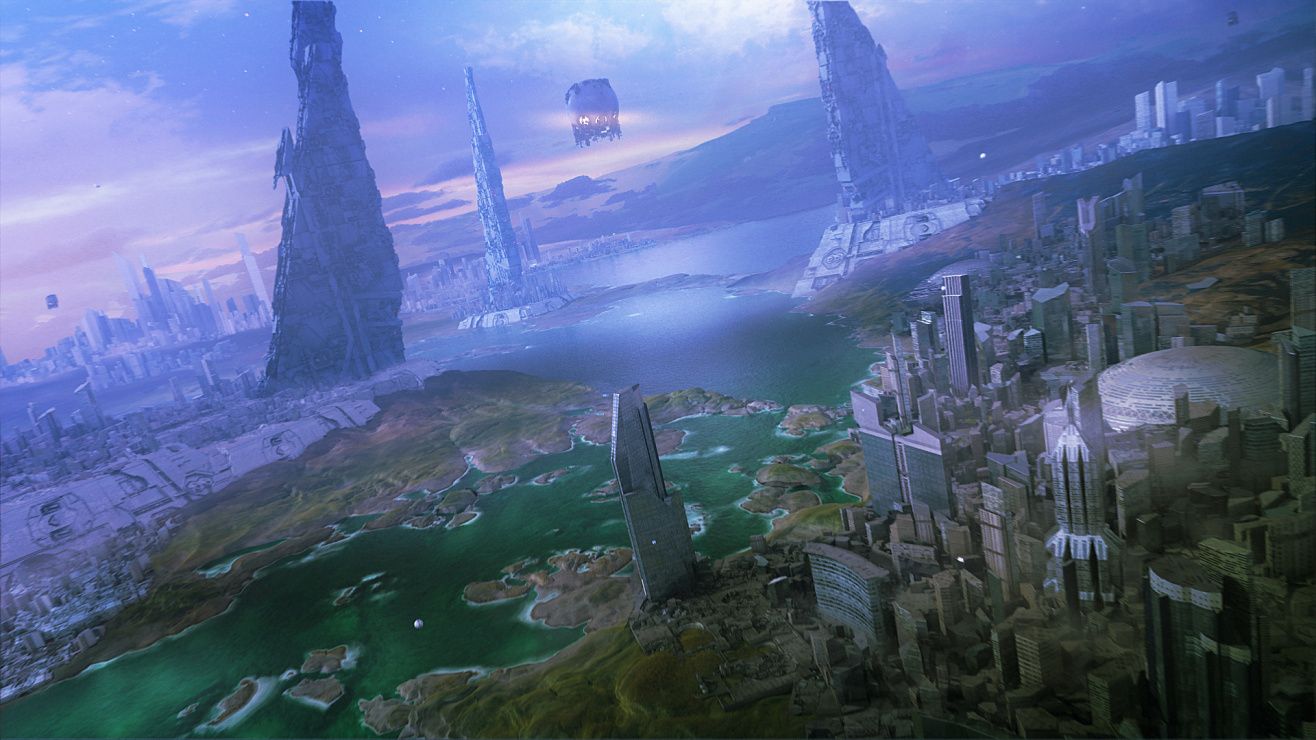 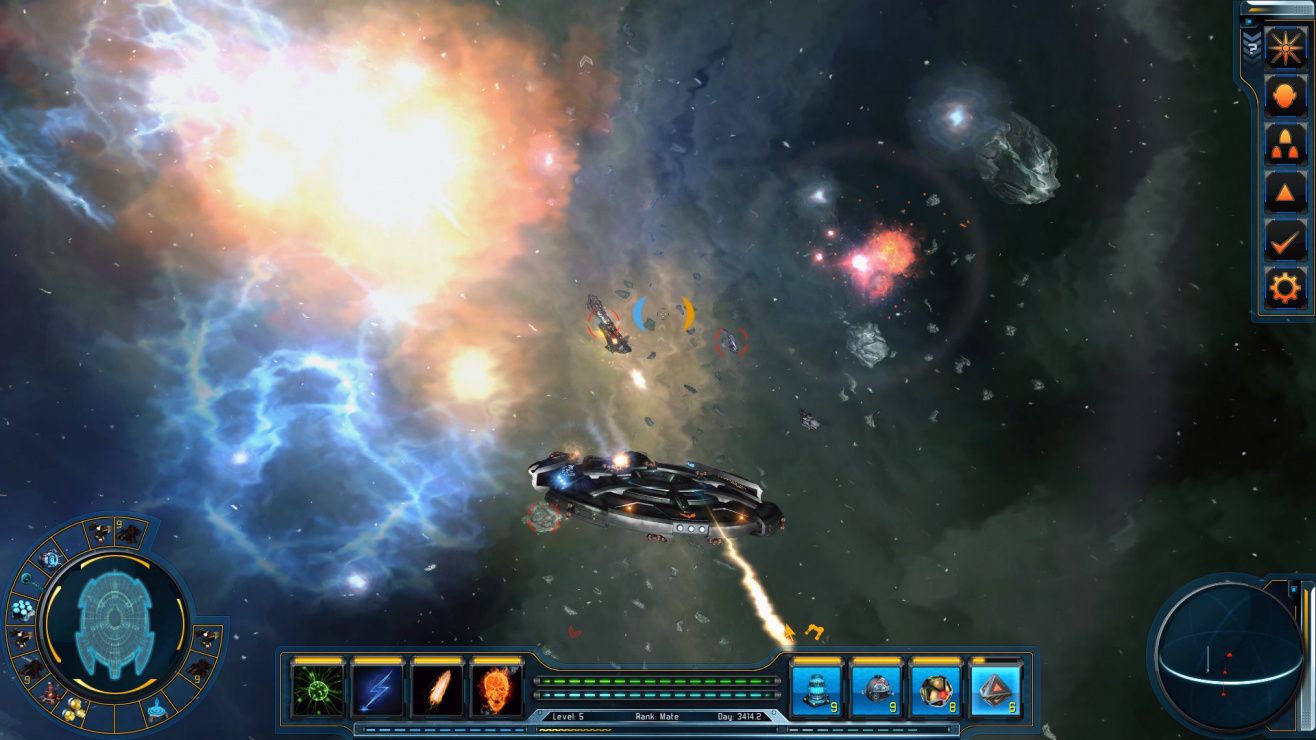 action adventure rpg sci-fi simulation space strategy
Captain your own space ship and roam the galaxy in 3D in this tactical space simulator with tons of RPG depth ! Space has never looked so inviting - but images can betray... It has been two years since the end of the second Gemini war, the situation in the wartorn system is further from resolution than ever. The collection of freedom fighters named Gemini League is now reduced to a small group, with no power or influence, after losing their leaders. The Empire meanwhile, has used the re-opened Starpoint to occupy the once renegade Gemini sector - and beyond.
Share Share Share
Promote for 50G

A very nice Space-combat and exploration game.
Pros:
- Good graphics - no Hollywood Blockbuster but still very pretty.
- Nice music that fits well with the whole space and exploration theme.
- Various ship types and many individual ships to choose from.
- Lots of stuff to do beside the main mission.
- Tactical space fights are well executed and fun.
- Roaming around in space and doing side tasks that are not fighting is also quite enjoyable.
- Faction system is well implemented, you always have some allies, neutrals and enemies which also influences the star chart to a certain degree.
- Achivements are reasonable to get, actually my first game to reach 100%.
Cons:
- Story is a bit weak, mainly due to the aprupt ending.
- Camera controls are a bit wonky, took me some time to find the right settings and get used to them. Definetly needs improvement imo.
- Crashes from time to time, so make sure to save frequently.
- AI (enemy as well as autopilot, etc) is flawed every now and then.
- German syncronisation is ok, but there is room for improvement.

Gameplay: 7/10
Story: 5/10
Graphics: 8/10
Performance: 8/10
Overall: 8/10
Starpoint Gemini 2 (SPG 2) has been described as "Mount and Blade in space", and that comparison pretty much fits the bill. The game is an open-world space trading combat game in the same vein as Freelancer. In fact, I would dare say that SPG 2 is the closest game you will find to a Freelancer on Steam, all the way down to the controls and story. The most noticeable difference between SPG 2 and Freelancer is that SPG 2 has you captaining starships ranging from gunships to powerful dreadnoughts, whereas Freelancer the largest vessel you'll captain is a freighter. In addition, SPG 2 is much more a tactical RPG than a true dogfighting space game, such as Freelancer, Elite Dangerous and Everspace, but this is not a bad thing, and it would be difficult to dogfight while captaining a massive capital ship anyway.
Forewarning, SPG 2 should NOT be played for it's storyline/campaign. The voice acting is the prime criticism and will have you either rolling on the floor laughing or wondering if you should consider muting the voices. Much of the story felt convoluted to me, and perhaps some of this had to do with not playing the first SPG. The real meat of the game is in its Free roam mode, where you can choose what your character looks like, choose a name, choose a starter gunship and are let loose on the universe. There are various factions to interact with in both the campaign and free roam, but they all boil down to "good vs. evil", with many of the "good" factions being traders, mining guilds and various democratic planetary governments, while "evil" factions tend to be pirates, rebels and authoritative governments. While none of the factions really share the same characteristics, they are all grouped into good vs evil, which results in very strange faction dynamics. In addition, there are a handful of factions which are always hostile to you.
Controls are very much mouse and keyboard. Controllers aren't recommended and are only partially implemented. All and all, SPG 2 is easy to get into, but difficult to master. There are only a handful of controls that you need to know, with the rest being no more than hotkeys. A radial menu can be used to interact with various objects in space. Much of your time in SPG 2 will be spent grinding for money to afford better starships and weapons. This can be achieved through mining, trading, missions, smuggling, piracy and capturing ships to sell them (the last of which is easiest way to get money, but most difficult method). Lastly, I feel that it is important to note that you are limited to only one ship. While, there is a fleet button, you cannot have additional ships following you unless they are hired mercenaries, who cost a monthly salary and have their own ships.
Visuals are decent. There are various planets, nebula's and asteroids, with unique backgrounds as opposed to the complete blackness of space. Sound is also decent, but the music can be annoying at times, since it kicks in whenever there is a battle.
Overall, I give the game an 8/10. I would recommend getting it on sale though (which happens frequently and at the time of this review, it's 80% off). At one point the game was even offered for free to keep. On sale, it's definitely worth the price. You will be able to get many hours of enjoyment, if you are a space game fan, but Starpoint Gemini 2 will leave you with wanting more.

Can't even remember how i got this game. But after about 30 minutes of playing i said to my self "Is this just a flashy and open world version of Freelancer?"
Enjoyable. Campaign felt too easy. might play it again

I got this on pretty deep discount, if I'd paid full price I may not be recommending the game. It is not well programmed and there are some bizarre design choices like only being able to save when docked. alt-tab (inconsistently) makes the game play in a window with a limited range of motion with the mouse, which makes it impossible to go back to full screen or save. Better hope you were docked recently or can limp to the nearest planet/starbase without being attacked. Additionally the tutorial is horribly designed, giving way too much information on pretty intuitive things while doing almost nothing to explain how to interact with the game. Follow cam is absolutely necessary for combat yet is unassigned (and never even made apparent that it's possible) even though much less important functions have hot keys.
Yet once you get into the game a bit it all kind of starts to work. Combat is a little frustrating but also challenging enough to be engaging, and weapon placement becomes relatively important. So far progression isn't terrible though a little slow. It's a solid though limited space rpg, I absolutely wouldn't buy it for more than 10 bucks, but if you can get it on sale it's worth playing.
Gets a very tepid recommendation.

This a solid game. There is a step learning curve and the game feels slow at the start but once you start figuring things out it becomes awesome. It is slow paced and you have to think about what you are doing but thats the fun of it.

I got this game a long time ago but never got round to playing it it just became one of those typical summer sale games however i decided to give it a go and it supprised me idk what i was expecting.
A small ship a tiny spec listing lazily to the left of a gargantuan space center orbiting a huge planet
incoming hostile learn how to fly like a drunk looking for a kabab shop
shoot down hostile somehow
fly back to space station sell small amount of loot gained from first victory
quit game
restart game READ TUTORIAL
become trader/bounty hunter
start exploring huge amazing environment
go for smoke while ship is on auto course to next mission (its that big)
return from smoke still not there but close
decide i need faster ship
will let you know when i get there

5.5/10 not bad, but barely worth the price.
It's a space sim RPG with some shooter element so it's more on upgrading your ship and exploring a faction filled system, and less on intense dogfighting or tactical slugfest.
good
- Pretty graphic.
Somewhat arcadey/simplistic though the environment, ships and etc. blend together perfectly.
- Many things to do besides combat.
ship collecting, doing achievement, or just plain exploring which is actually quite enjoyable for a while.
bad
- Lackluster campaign.
with bad writing and terrible voice acting. It's a disaster.
- Shallow ship combat.
Different ships and loadouts don't make meaningful change on how to handle a ship, so getting a bigger ship and gun is the only sound combat tactics.